Samosa Sweet Factory is currently open but their offerings and services may be affected due to the pandemic. Please contact the business directly for more information about any changes. Is this your business? Please contact us if you would like to update this message.

Samosa Sweet Factory, unsurprisingly, specializes in serving up vegetarian samosas as well as a variety of Indian desserts. But this Etobicoke mainstay doesn't only cater to locals at its small retail store; it also sells its multi-coloured sweets - under the Apna Taste brand - at grocery stores both in the GTA and abroad.

Brand manager Param Sandhu tells me his father, Harpal Sandhu, started the business in 1989. But back then Harpal had a restaurant, though it never really took off. Instead, he started wholesaling his products and that line of business proved extremely popular. 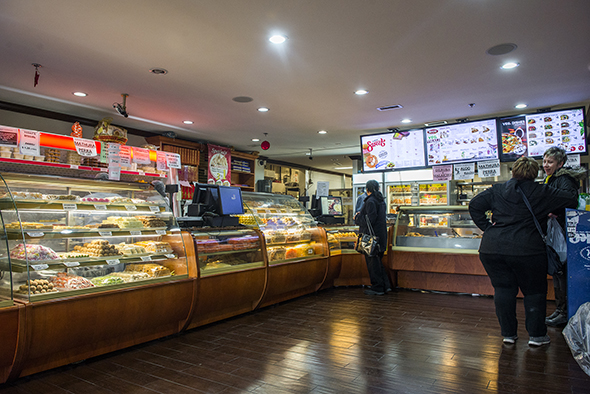 Eventually, Harpal moved into his current west end location. He started with a single unit, but steadily expanded. Today, he and his brother Harminder Sandhu run the business; they're now in the process of taking over the entire building at 1850 Albion Rd. 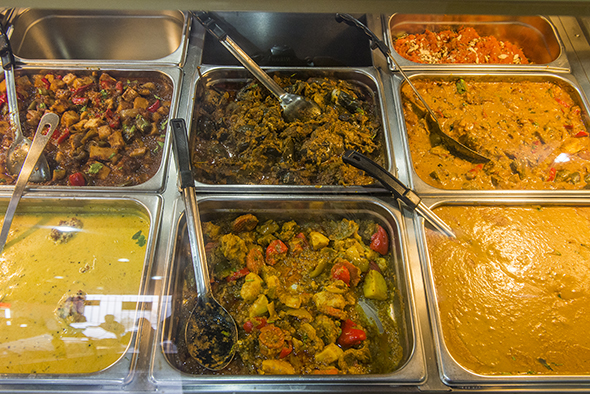 When I arrive around 11 a.m., the place is slowly filling up. Customers pop in to pick up boxes of piping hot samosas and others head towards the hot table to grab an inexpensive lunch. 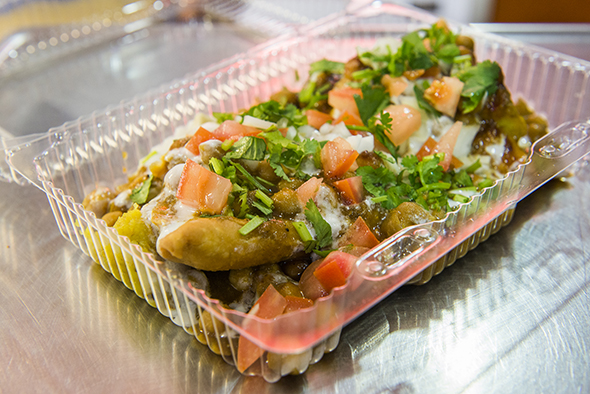 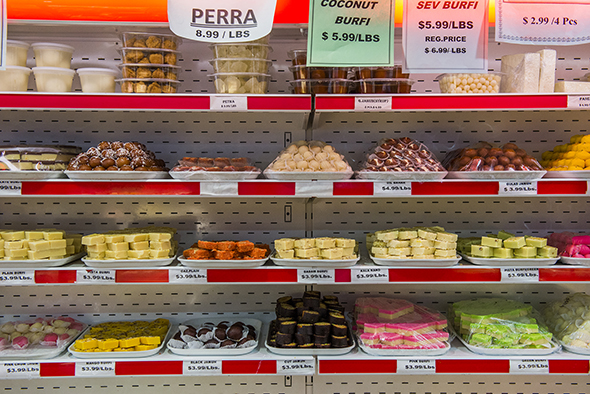 The rest of the retail space is filled with trays of brightly coloured desserts. Param tells me everything is made on site using a standard set of recipes. 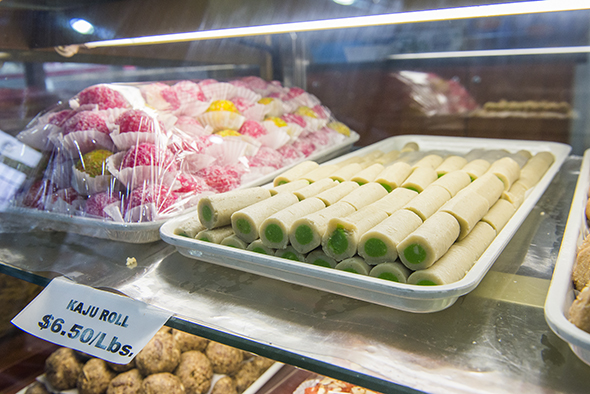 His father, he explains, was inspired by an unlikely source: McDonald's. After eating under the golden arches in Germany, he realized the fast food chain taste the same regardless of where you are in the world. Samosa Sweet Factory tries to give customers a consistent experience too. 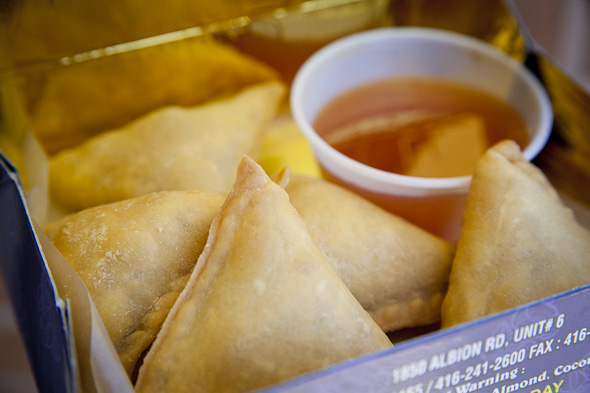 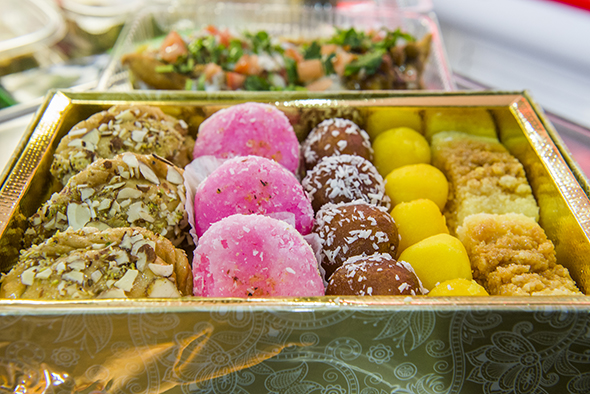 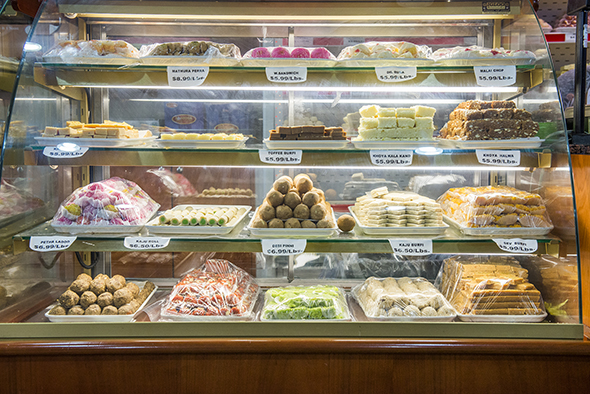 Each one is fresh and delicious; it's easy to see why Samosa Sweet Factory does crowd control and makes you take a number when your walk through the door. 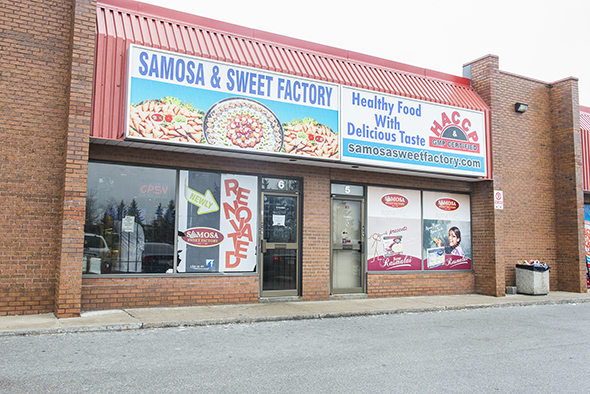