Buster Rhino's has opened on College in the space that was once occupied by Phil's . The new outpost is owned and operated by Jason Poynton and Michelle Edgar of Sweet Escape Patisserie and Manon Hurtubise and Irene Tzaras formerly of The Grind House .

Poynton and Edgar have been long time patrons of Buster Rhino's Whitby and Oshawa locations. Having used their barbecued meats for sandwiches and specials at the Distillery District bakery, they wanted a downtown location and took it upon themselves to make it happen, licensing the name (along with recipes and signature products like rubs and sauces). 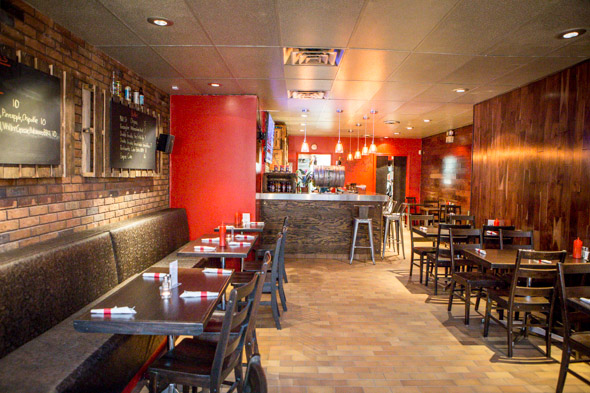 The restaurant takes over Phil's footprint (and even his old school Cook Shack smoker), but the new owners have stripped away the previous Restaurant Makeover and refinished the room with brick veneer and wood palette accents.

The meat-centric menu bills ribs and wings along with BBQ platters, sandwiches, sides, desserts and extras like poutine, chili and nachos. 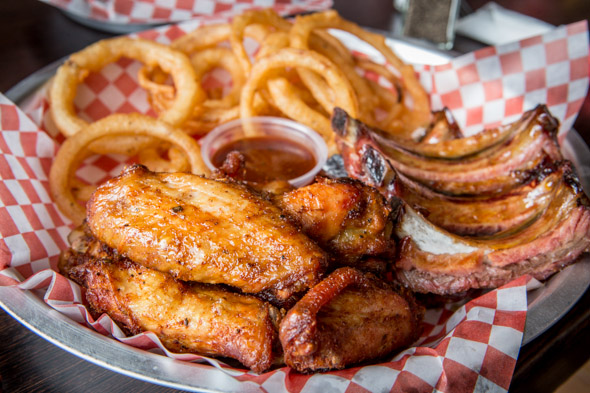 A half rack of ribs and wings with a choice of side comes to $25 and offers the opportunity to sample the signature offerings. The ribs are excellent; slow cooked until the meat just peels from the bone and are always served dry-rubbed with sauce on the side.

The wings are even better. These are smoked then fried so that they boast subtle smoky flavours but the skin is truly crisp and crackling. Each order comes with a choice of Buster Rhino's signature sauces that include the Original and Hot Championship sauces as well as Holy Habanero and Georgia Mustard. 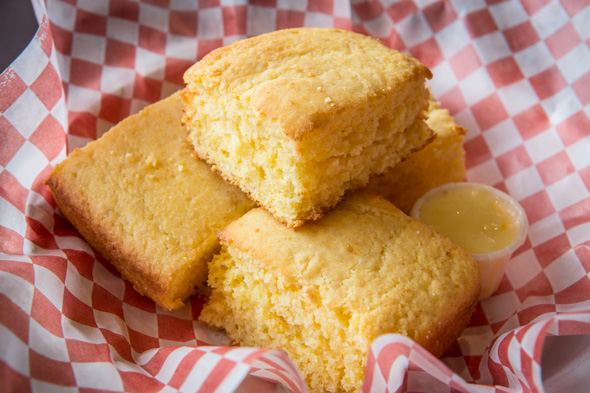 A basket of house-baked corn bread ($7.50) seems pricey at first glance, but the portion could easily make it around the family dinner table - solo diners can opt instead for the side dish serving ($4). The bread itself is sweet and fluffy, and comes with regular butter, or the option to upgrade with maple or jalapeño compound butter (+$1). 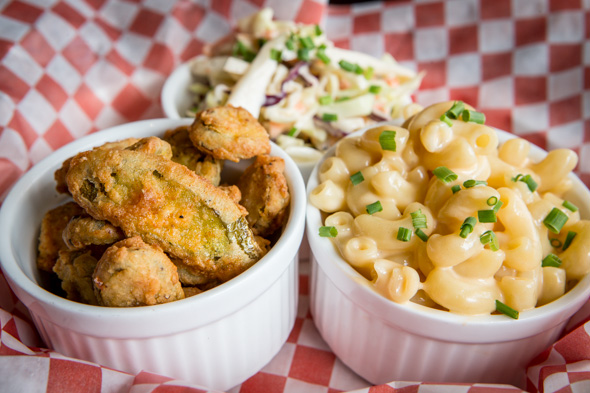 There are 10 additional sides to choose from too. Priced at $4 each, there's staples like fries, onion rings, BBQ baked beans and slaw, plus unusual deep fried delicacies such as deep fried cheese curds, hush puppies, fried pickles, and "Pop Caps" - deep fried jalapeño rings served with a cooling side of house-made ranch dip. 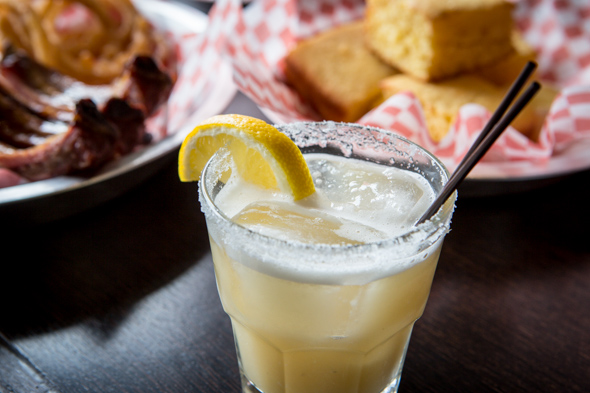 While the barbecue takes few liberties with the original Buster Rhino's recipes (so I'm told), at the bar and on the dessert menu it's a different story. The selection of beers here include a collection of local bottles ($5+), rotating draught lines ($7-$8/pint), Vineland Estates wine on tap ($8), and cocktails like the smoked whisky sour ($10) made with smoked lemons.

While I didn't make it to dessert this time, the trio of enticing options includes banana pudding, peanut butter pie, and red velvet cake ($6 each). 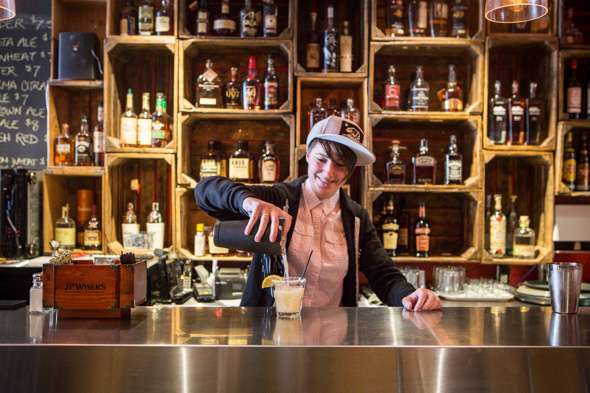 A brunch is in the works, which will be a relief for locals still mourning the loss of Hadley's nearby. Until then, stop by for lunch, dinner and take-away. 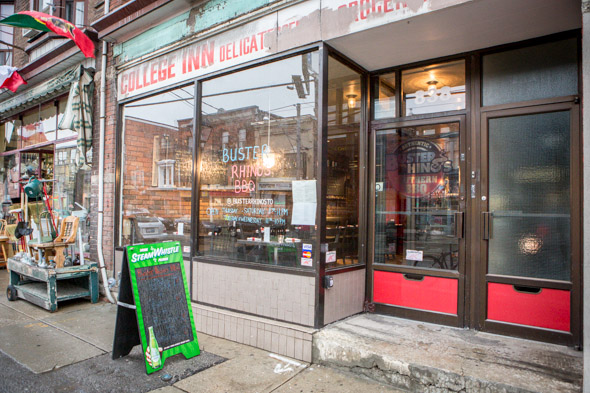