Burrito Bandidos arrival in the Annex is sure to bring a smile to the face of many a U of T student. But with Big Fat Burrito setting up shop a refried bean's throw away at Lee's Palace, I wonder if the stage is being set for a burrito smack-down this summer. Is there enough room for two burrito joints on the mean streets of Bloor?

After splitting from former Burrito Boyz partner Joe Vassalo last year, owner/chef Ian Angus brings his patented brand of Tex-Mex from clubland to the college kids. The new location's more sedate than the original Boyz, with jeans and course books replacing muscle tees and minis, and no one seems to be drunk (at least when I visit). But the place is still packed and, in an affectionate nod to tradition, there remain only three stools upon which to perch.

With a menu ticking all the expected burrito boxes (a medley of meats, fresh toppings and super-sized servings) there isn't anything new here, but as the saying goes, if it ain't broke... After all, the original Burrito Boyz is credited with kick-starting Toronto's burrito blitz back in 2004, and has consistently won best-of gongs ever since. 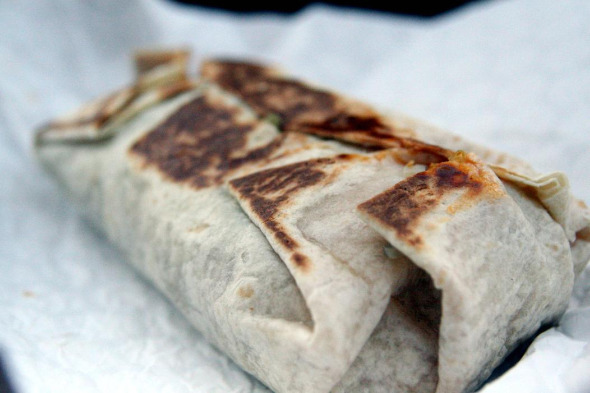 I'm stopping by with a friend, so we decide to spread our bets -- going for the halibut (available only in large, $8.76) and the shrimp/chicken (small $6.81, large $7.92). I'm peckish and get mine with the works (rice, beans, guacamole, jalape単os, peppers, onions, cheese, lettuce, tomatoes... phew!) With everything made to order, there's a wait but it's a balmy spring evening and we take advantage of the outdoor picnic table.

The burritos arrive pleasantly warm and precision wrapped. I always get a kick out of unwrapping these things, imagining all the meat, beans and rice steaming together, just waiting for my anxious jaw to jump into action. Plus I like any food that tastes just as good at lunch as at 3 a.m. 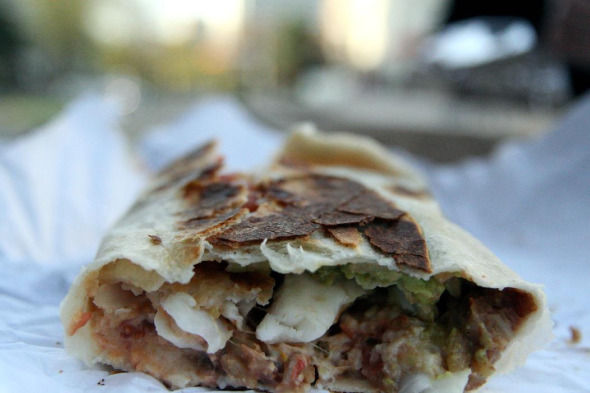 Requiring two hands and a certain finesse to grip, my burrito is big without being overstuffed. The fillings don't ooze everywhere when I tuck in, but I do after hitting a pocket of home-made hot sauce. I'm a card-carrying fan of heat, but this hellfire is a bit much for me, though I appreciate the enthusiasm.

The lightly toasted tortilla has a soft buttery texture reminiscent of roti, while the beans, guacamole and veggies fold harmoniously into one another. The halibut is fresh, fleshy and comes in generous slabs. It holds together despite the crowded real estate and brings a clean taste to the wrap. It's darn good stuff.

The chicken and shrimp burrito is similarly stuffed, with the marinated bird bringing some smokiness to the table. Sadly the shrimp have gone MIA. I find them huddled and cowering at the bottom, taking up valuable space than could've been filled with the far better chicken. Still, it's a satisfying and filling feed, as good as anything I've had at the original.

Is Burrito Bandidos better than Big Fat Burrito down the street? Is Ryu better than Ken ? All I know is that with two bumper burrito joints so close together, the Annex comes out tops either way. 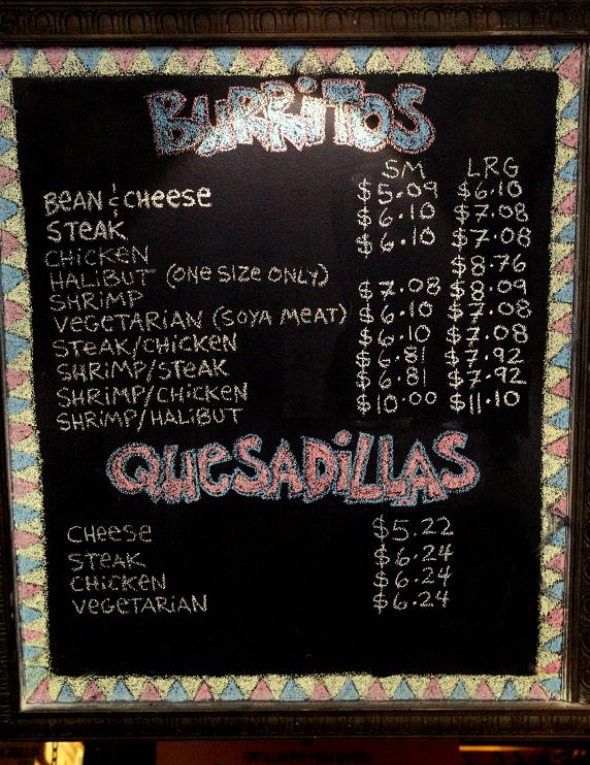 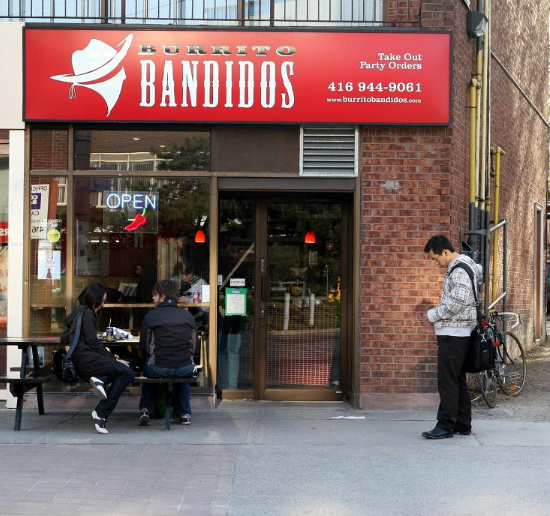