Avenue Open Kitchen has been pumping out greasy spoon services since the fifties. 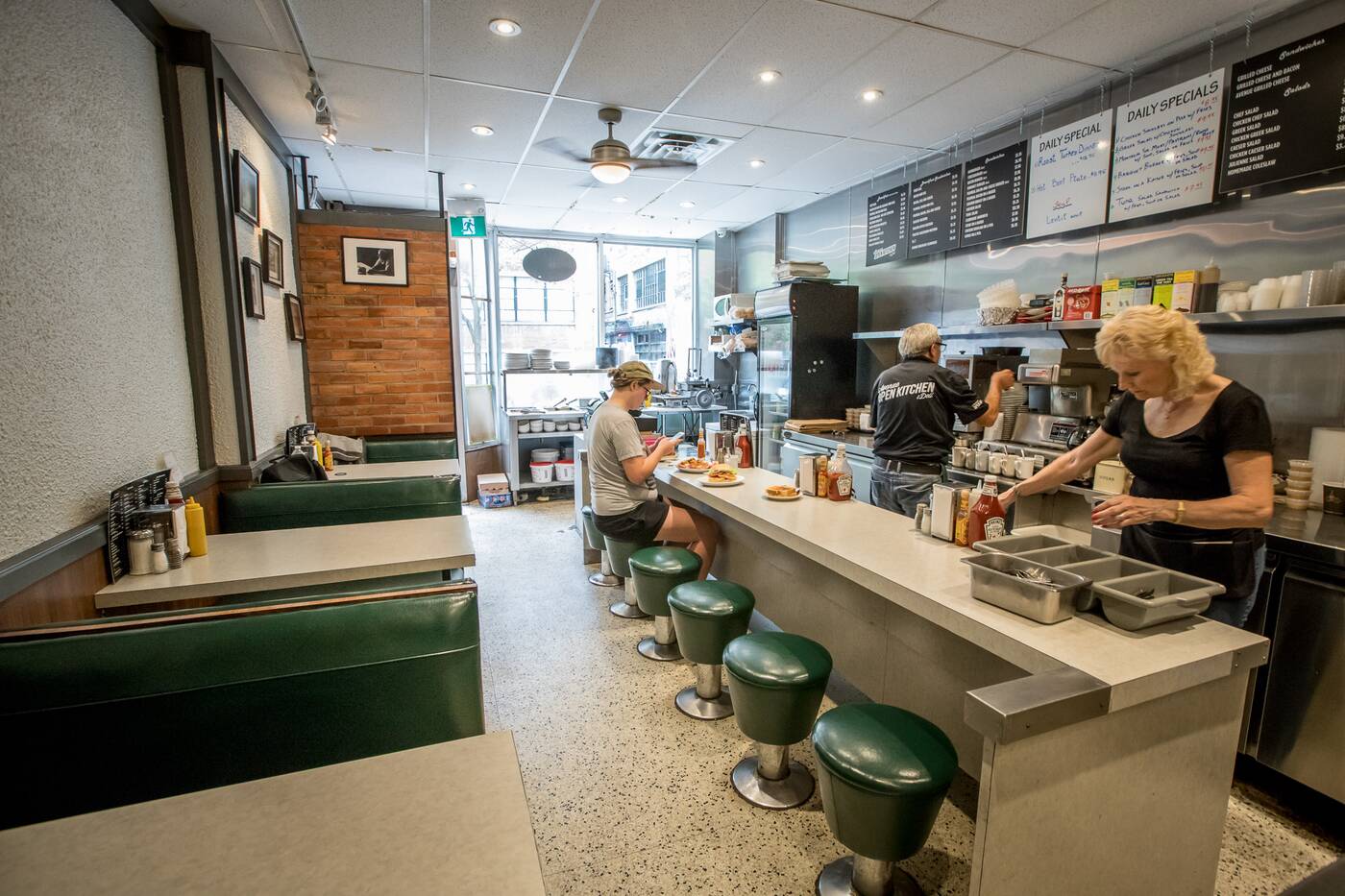 It feels as though the small interior hasn’t changed much since the fifties, cracked vinyl booths on one side and small bar stools against a low bar facing the nominal open kitchen on the other. 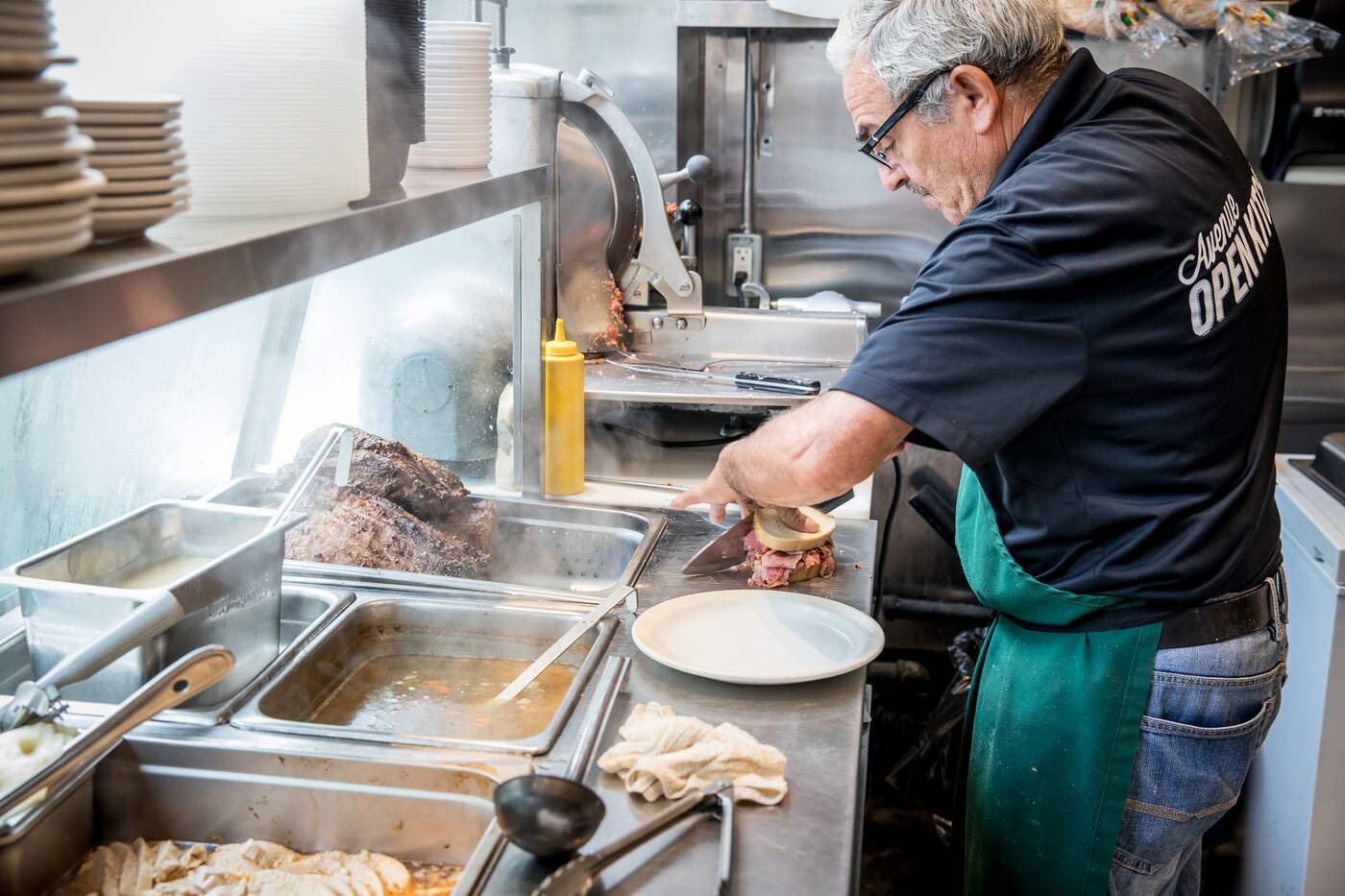 Steaming mountains of pastrami, Montreal smoked meat and roast beef are sliced for sandwiches in the window. Service moves at the speed of light, our orders up in a matter of minutes. 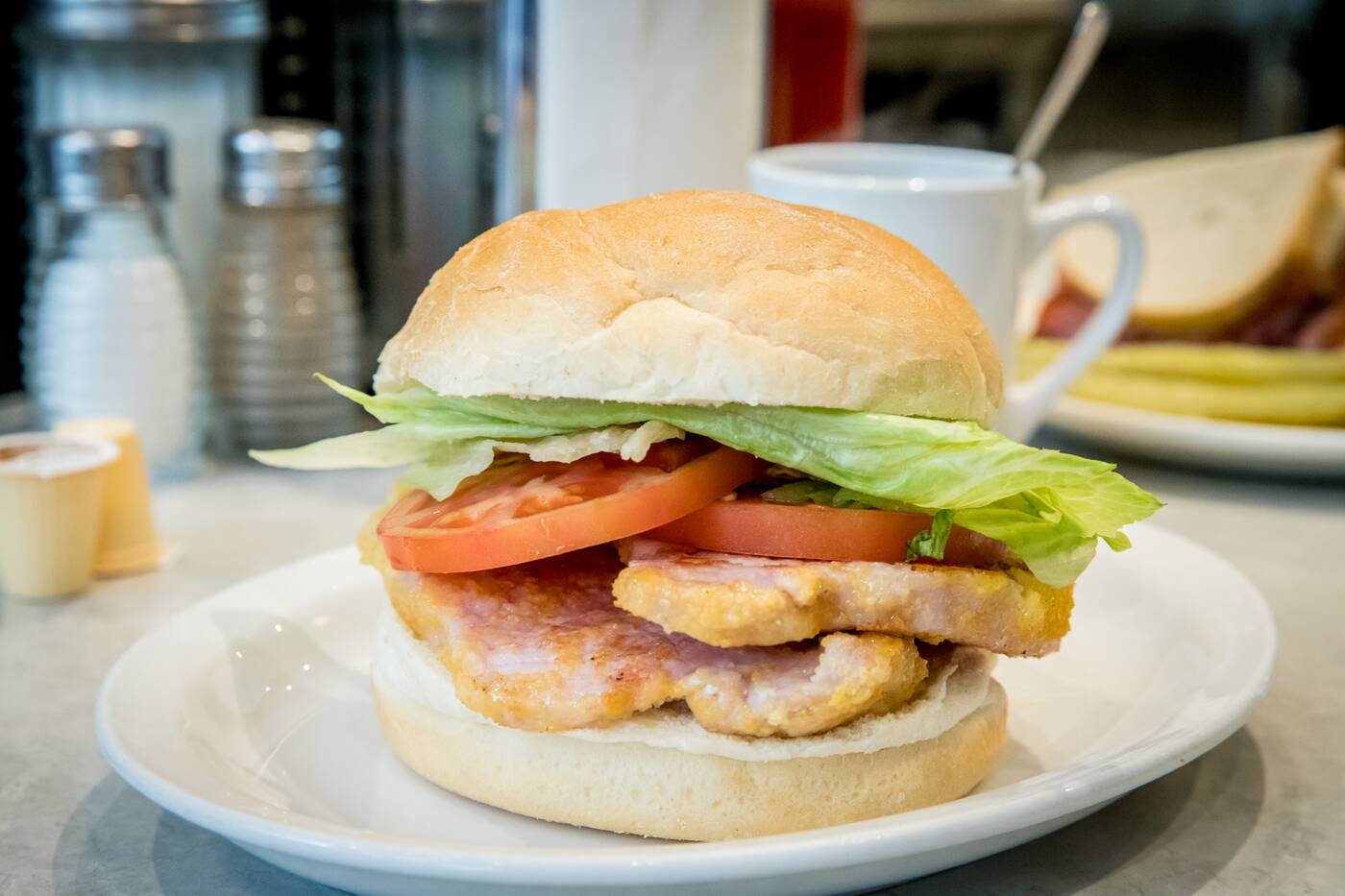 They’re most famous for their peameal bacon sandwich ($6.75), served controversially with lettuce and tomato. I feels like if there is mayo on my sandwich, it’s barely perceptible: perhaps it was left off, or just forgotten.

I’m not complaining, though, because like many I could do without the accoutrements, thick juicy slabs of pork the star of the show. 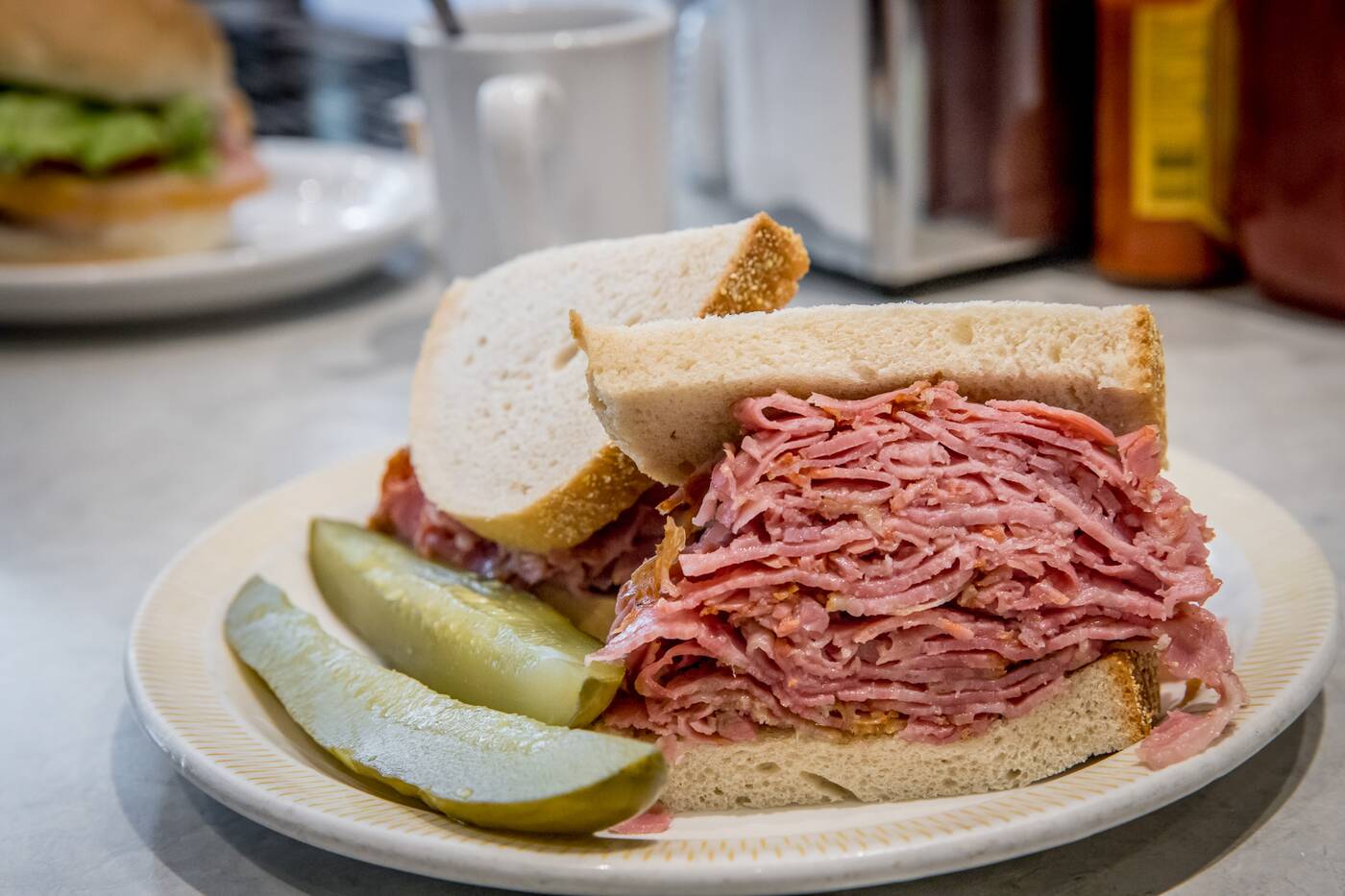 Montreal smoked meat sandwiches ($7.95) can satisfyingly be found at this accessible spot without having to take a six-hour trip or journey to the suburbs where some of the best versions of this classic are found. 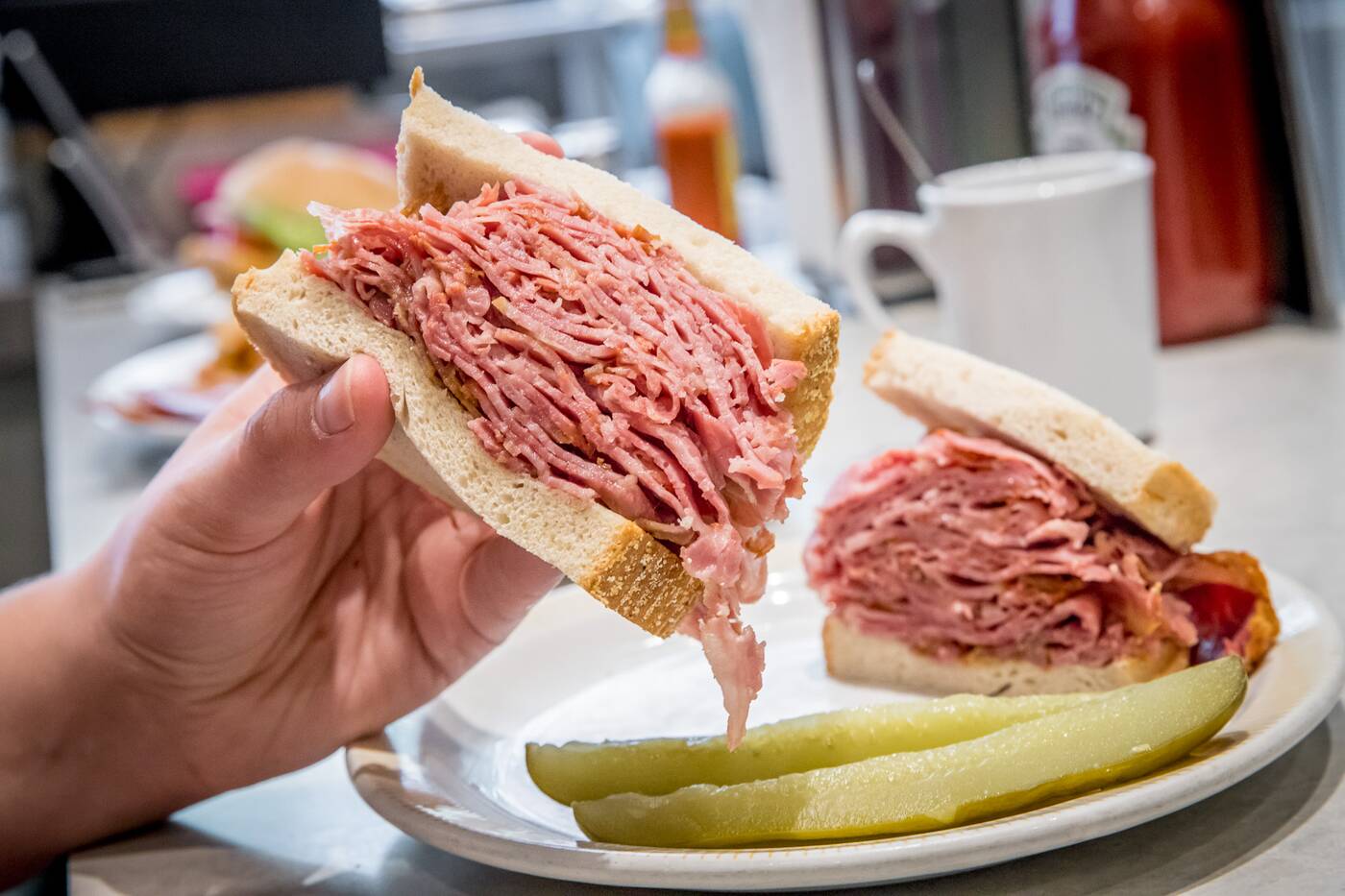 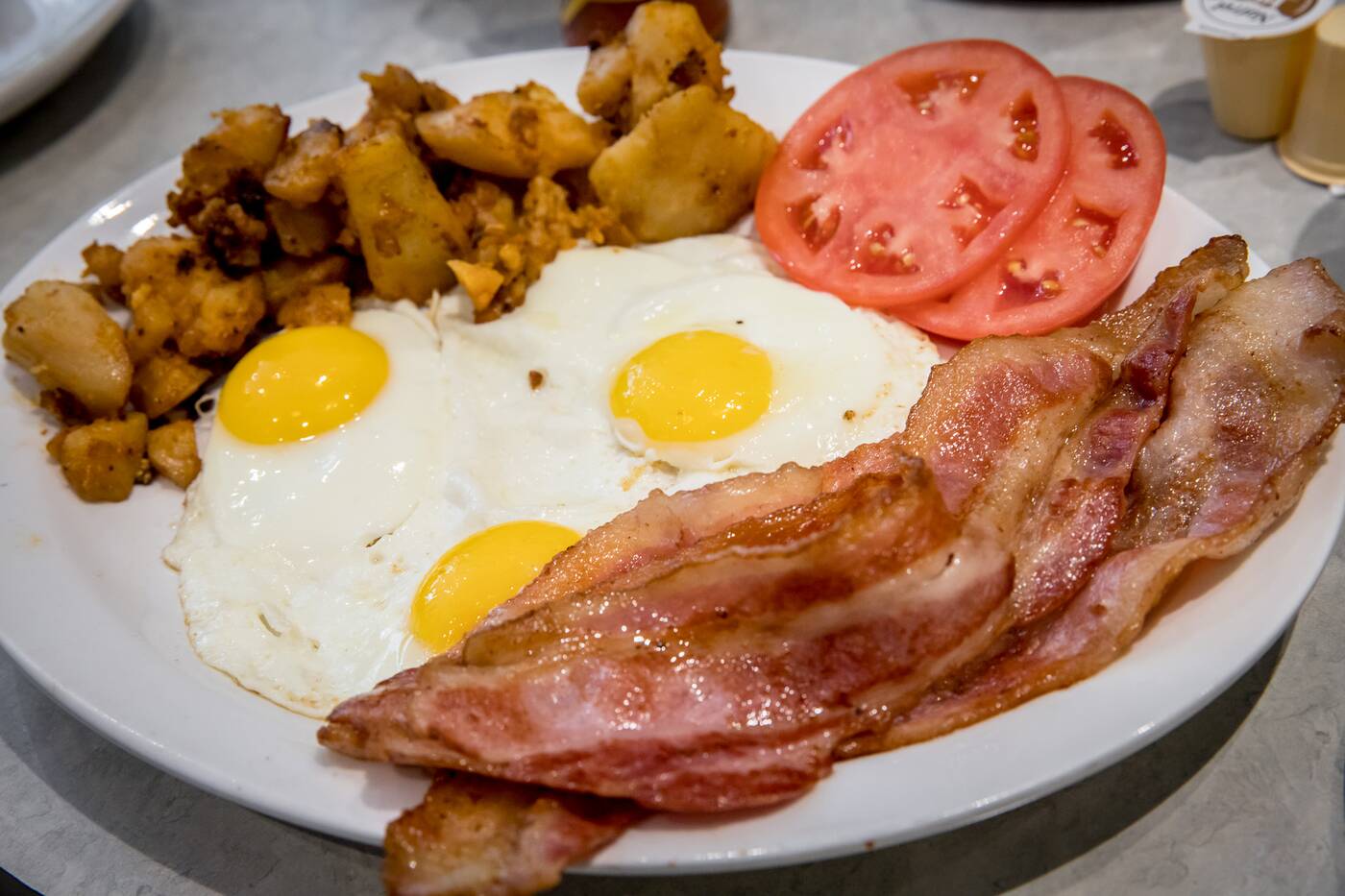 A simple breakfast of eggs and choice of bacon, ham or sausage ($7.50, a dollar added after 11 a.m. like with all breakfast items) comes with tomato, garlicky homefries and toast. 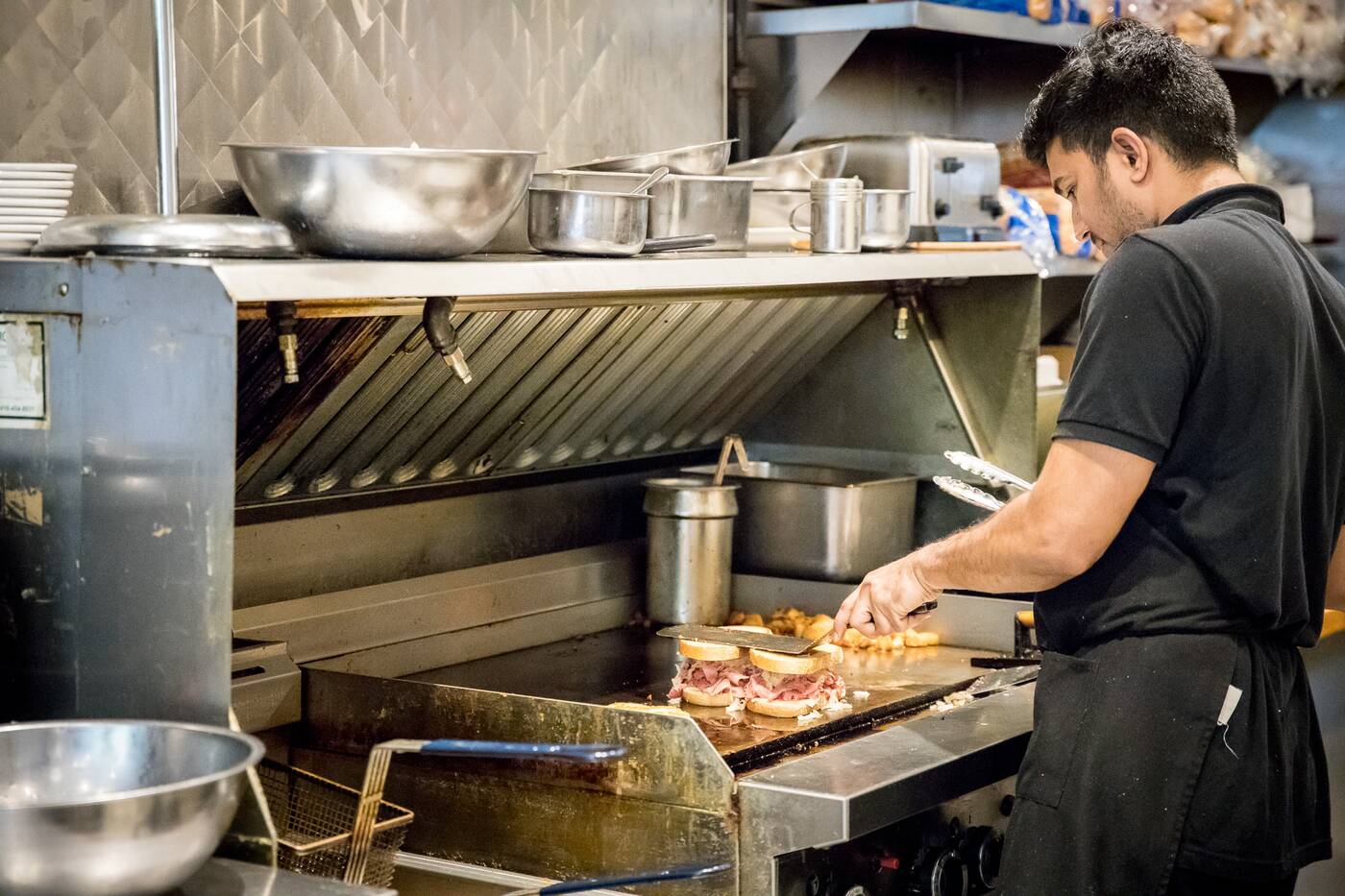 Major points for the trowel I see being used to press bacon onto the griddle. 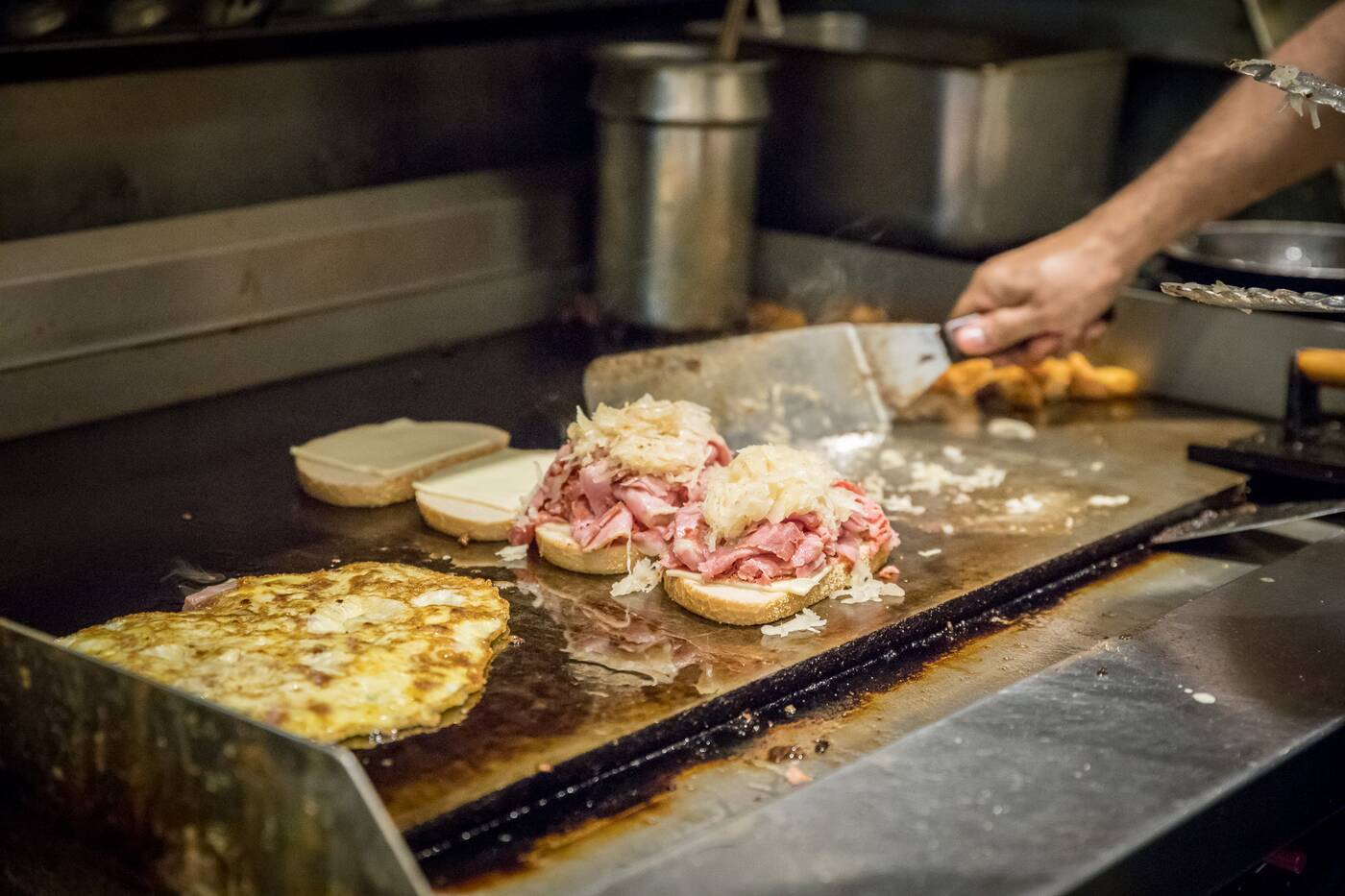 You can also get a reliable Rueben ($9.95) here, made classically with rye laden with smoked meat, Swiss and sauerkraut. 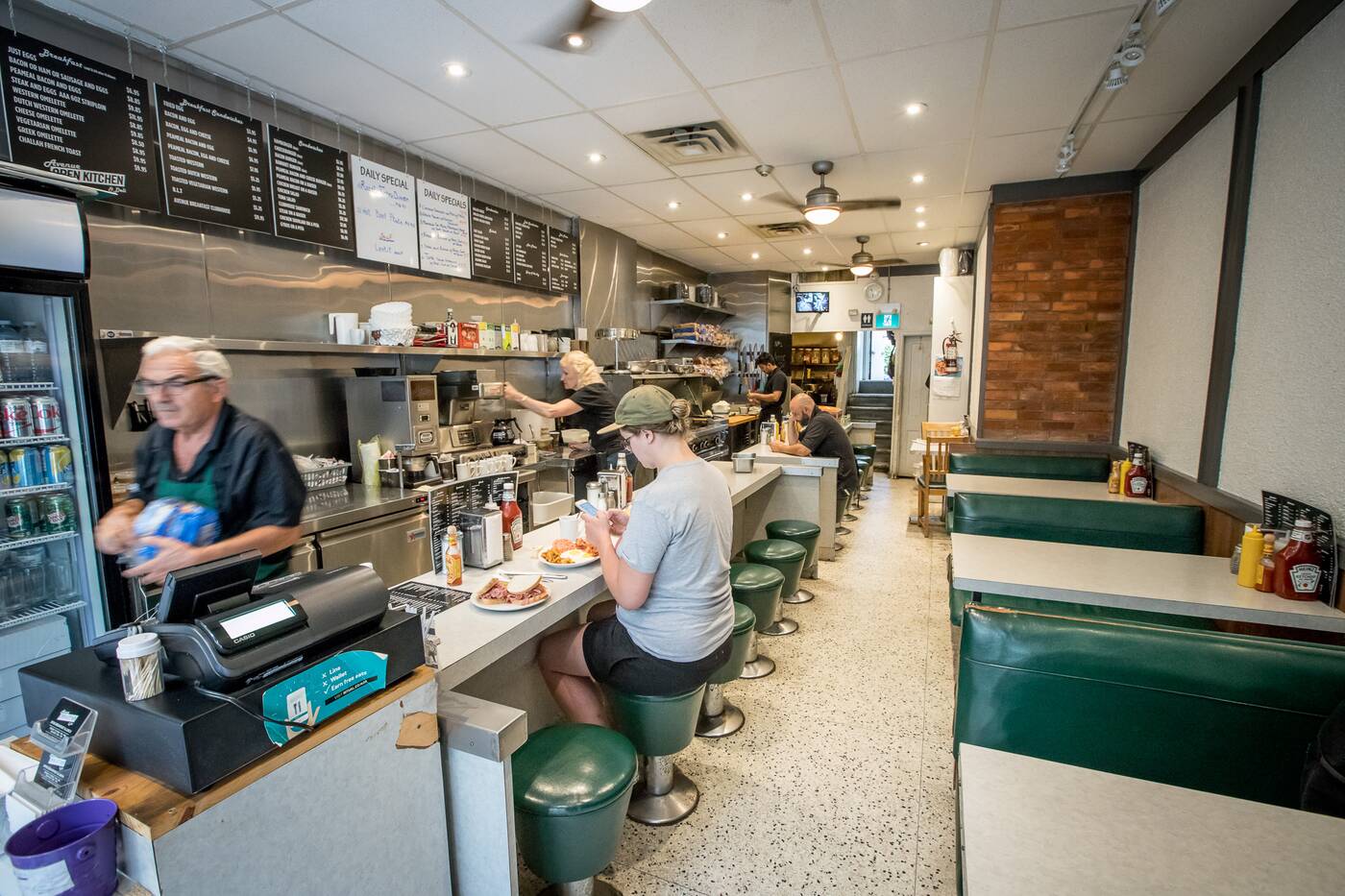 During my visit, Tom Tsiplakos had maintained sole ownership of the diner for two years, the previous owner having run it for 32 years and wanting to sell.

That doesn’t mean he’s unfamiliar with the greasy spoon business, though: he’s been in the restaurant business for 22 years, and also has Diamond Corner in East York. 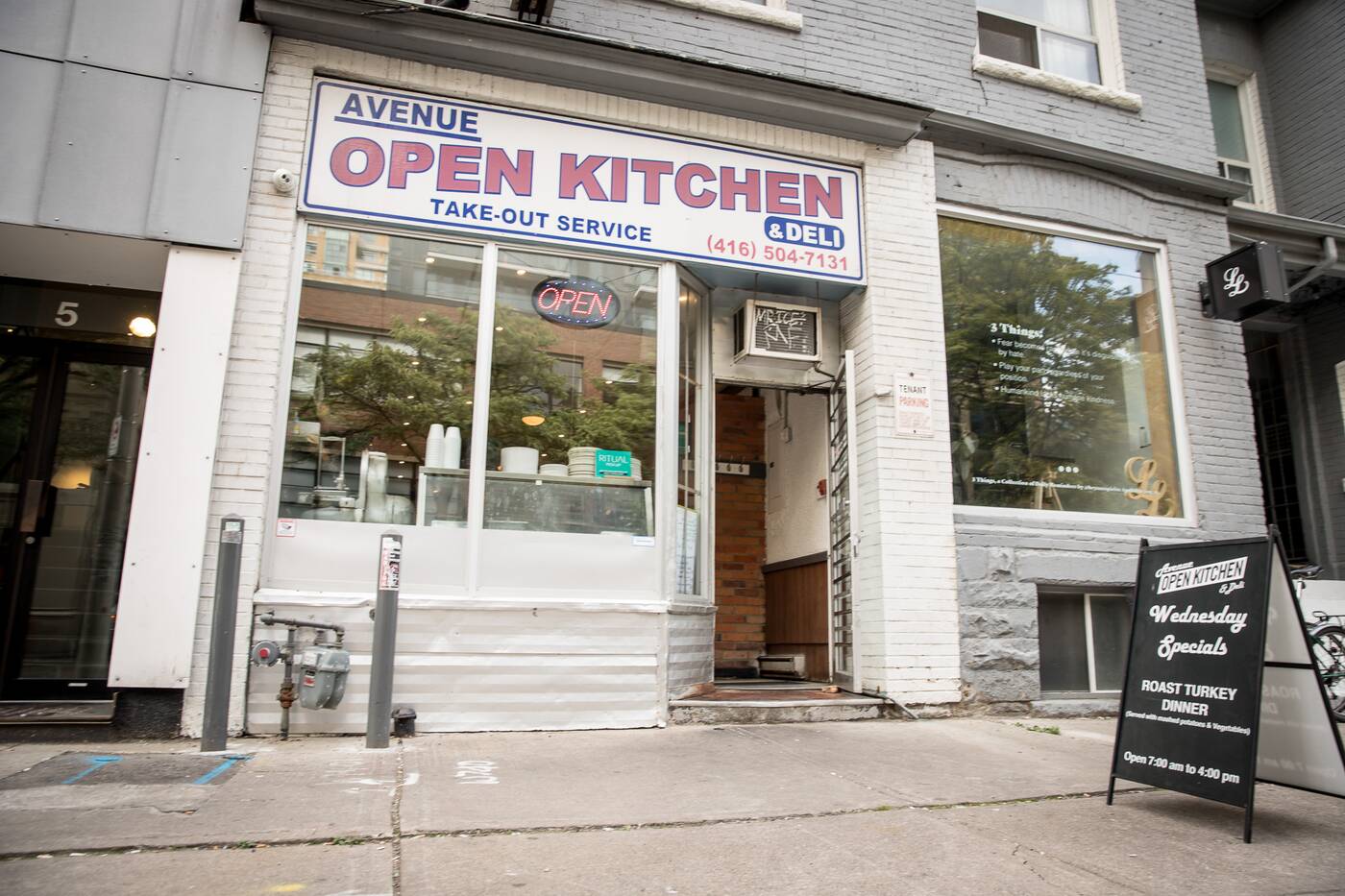