Aft is a new kitchen and bar that quietly opened early March on Queen at Broadview in the site of the former Toucan Taco Bar . It's garnered a quick reputation as an East-end BBQ destination, though it's reluctant to accept that distinction.

Part-owner, Paul Campbell tells me that the restaurant was conceived as a humble neighbourhood joint where locals can find familiar plates that aren't married to any specific region or cooking technique. It's easy to see why Aft has been pegged as a smokehouse though, since weekends are devoted exclusively to good old Texas BBQ (tended to by resident pitmaster Lawrence LaPianta) and, smoke does play heavily into the regular menu from Christian Butcher (formerly of O&B, Liberty Grand). 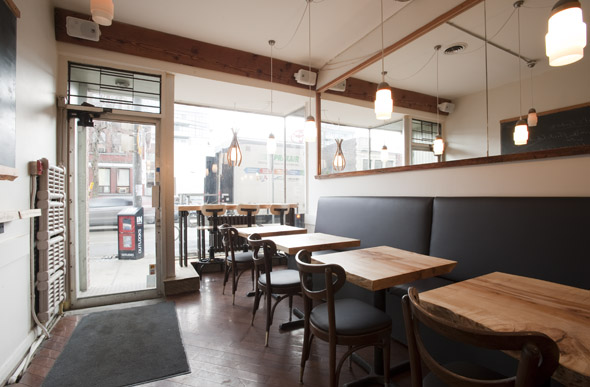 Inside the 27-seat room, the casual decor from Brothers Dressler consists of custom fixtures, raw-edged wood furnishings and a wall of bottles (namely bourbon and single malts) behind the bar.

Though the kitchen is currently open from 4:30pm to 1am, we stop in to hangout during prep on a recent weekday afternoon while Campbell and company show off the new digs and offer us a first taste.

From the inaugural menu, we try BBQ Side Ribs ($19, lead photo) glazed in lip smacking, housemade bourbon barbeque sauce and served alongside cowboy beans smoked with chunks of bacon and brisket and a side of pleasantly refreshing coleslaw. 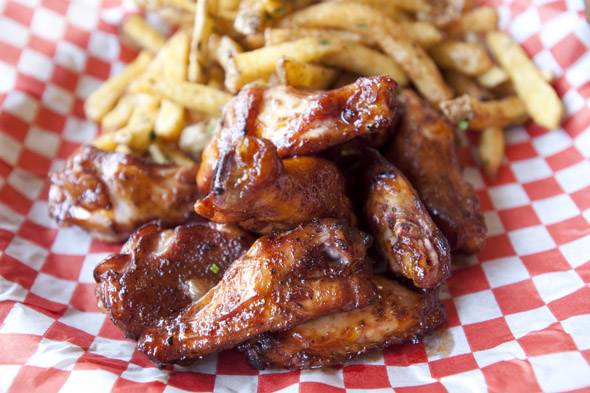 Next, the "skinny dipped" Smoked Chicken Wings ($14) that are brined, then smoked low and slow before being flash fried for little crunch (natural wings, without the fry are available too) and sauced with the same rib sauce. I could do without the accompanying fries on this plate (though they are well seasoned), if only to leave more room for the awesomely tasty panko crusted, Portobello Mushroom Frites ($8) served with garlicky, thyme aioli for dipping. 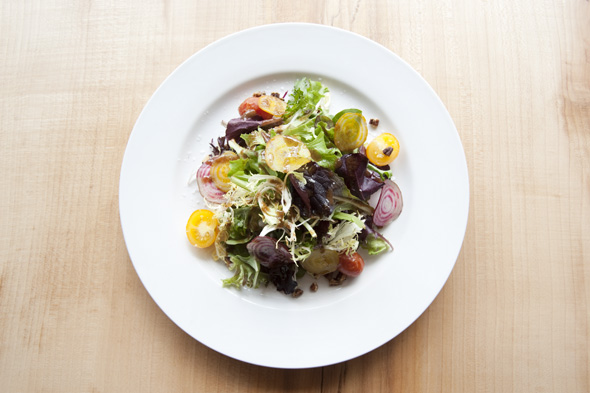 The Spring Salad ($7) is one of two salads on offer, adding the only freshness to the meat-heavy menu. It's lovely to look at; mixed greens, topped with colourful smoked cherry tomatoes and rounds of radish and beets, but the promised candied nuts are so sparse and finely chopped that they hardly make an impression. 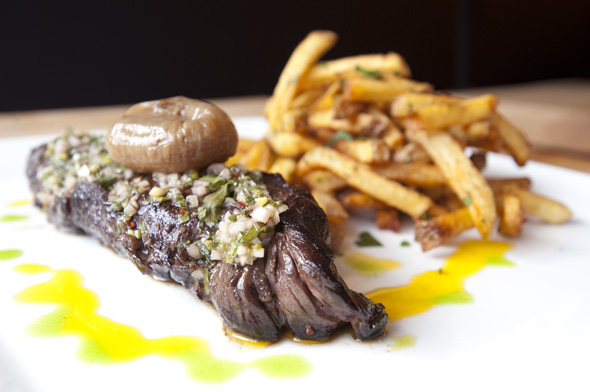 The chimichurri-sauced, 10 oz. hanger steak featured in the Sous-Vide Steak Frites ($20) is expertly seared and evenly-pink-on-the-inside - a nice preparation for this specific cut. The smoked cipollini onion garnish contributes a little sweetness when included in each forkful and here the fries get my full appreciation, making this a satisfyingly simple plate. 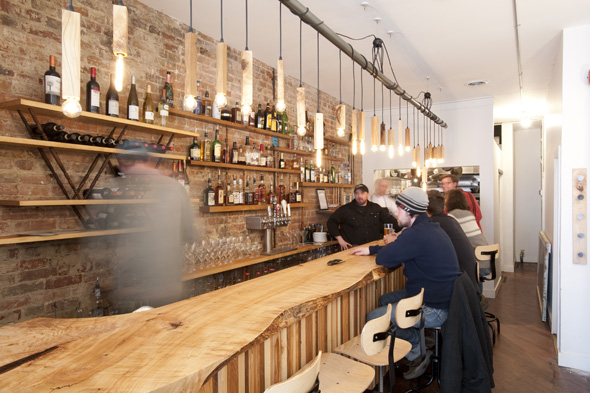 Currently, Aft is focusing on getting dinner just right, but breakfast, lunch and weekend brunch menus will be introduced in the coming weeks. For now, Leslivillers should stop in for a pint and a bite, or, take advantage of the rotating nightly specials like Taco Tuesdays and Deep South Wednesdays. BBQ enthusiasts may want to venture over too, because for a place that's not a BBQ joint, they sure do take great care in doing it right. 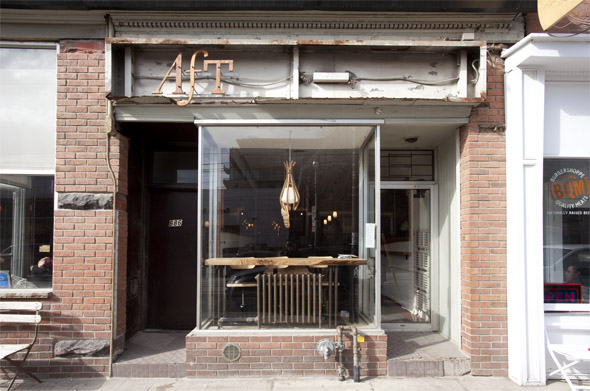