The lucrative Toronto condo biz has attracted all sorts of attention from brands and personalities that one wouldn't typically associate with the residential development scene, and the list of unexpected entries to the real estate game just keeps on growing.

Toronto's unquenchable thirst for condo units has seen celebs like Simu Liu and Pharrell Williams flex their design chops, while everyday brands like Loblaws, Rabba Fine Foods, and Canadian Tire leverage their land assets to join in on the licence to print money that is homebuilding.

And now, another completely random brand has entered the condo ring with a new development application calling for a two-tower complex at 323-339 Symington Avenue and 350 Campbell Avenue. 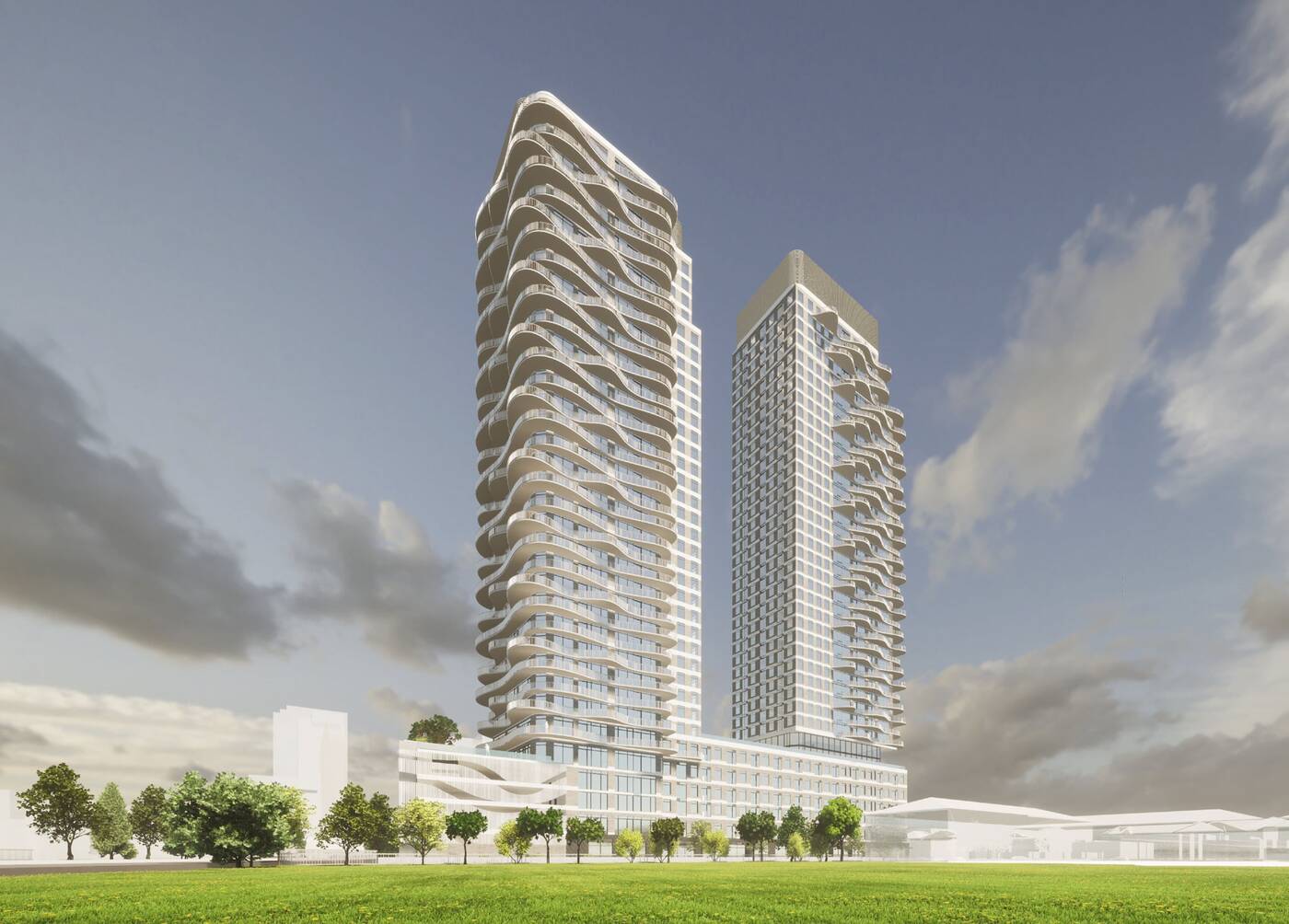 The site is currently home to a vacant lot and a plaza hosting a handful of businesses, including Caldense Bakery and a Beer Store location. In a surprise twist, it appears the bakery's ownership is behind the application, based on an email address associated with the bakery listed as the proposal's applicant.

In place of the current plaza and lot, the proposal seeks rezoning to permit 39- and 36-storey towers rising from a shared six-storey podium, along with a four-storey parking structure proposed towards the north end of the site abutting the CP rail line. 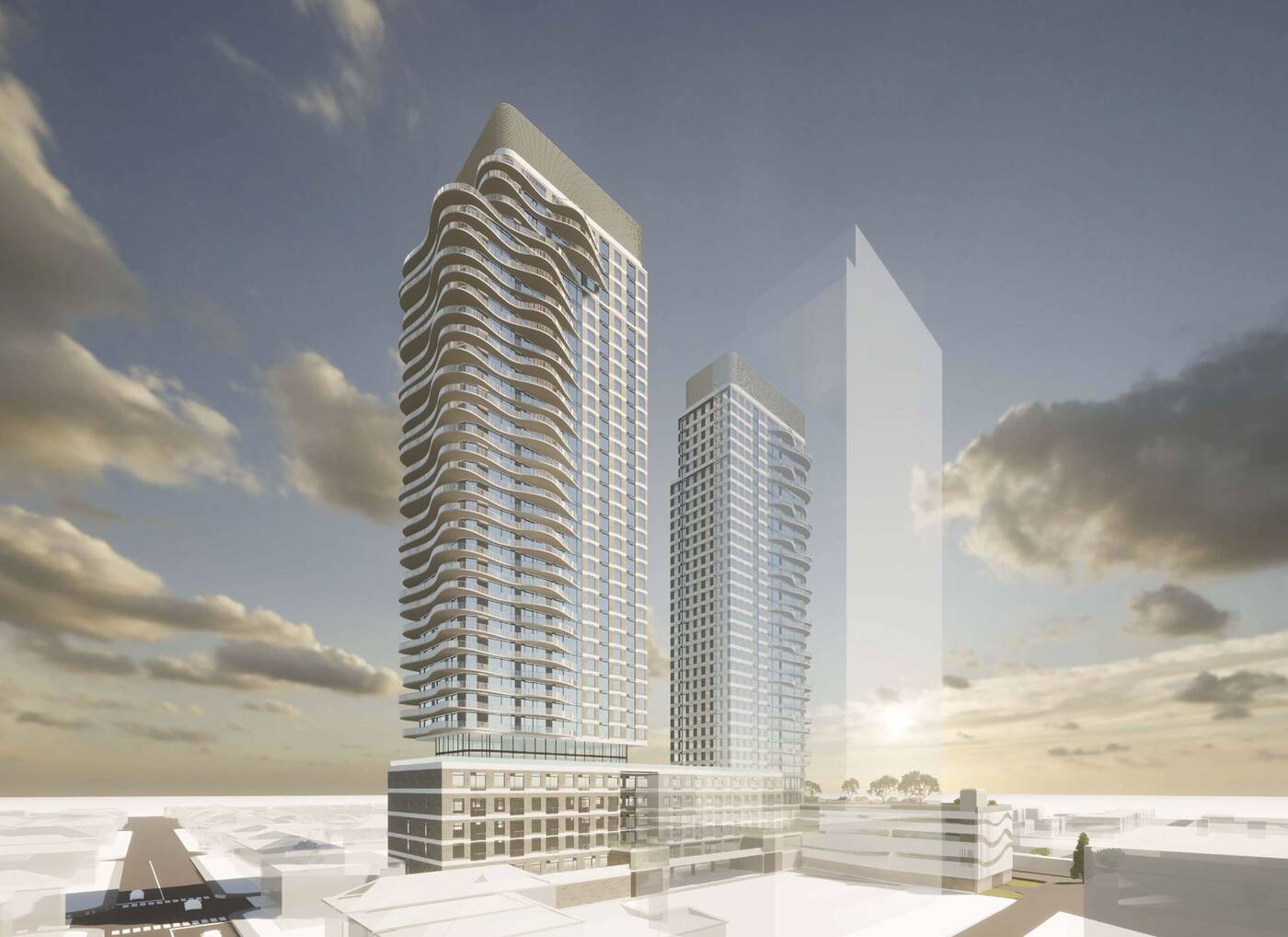 Designed by architects TACT, the complex's towers feature rectilinear floorplates defined by projecting balconies that form undulating patterns that ripple across the vertical faces like waves. 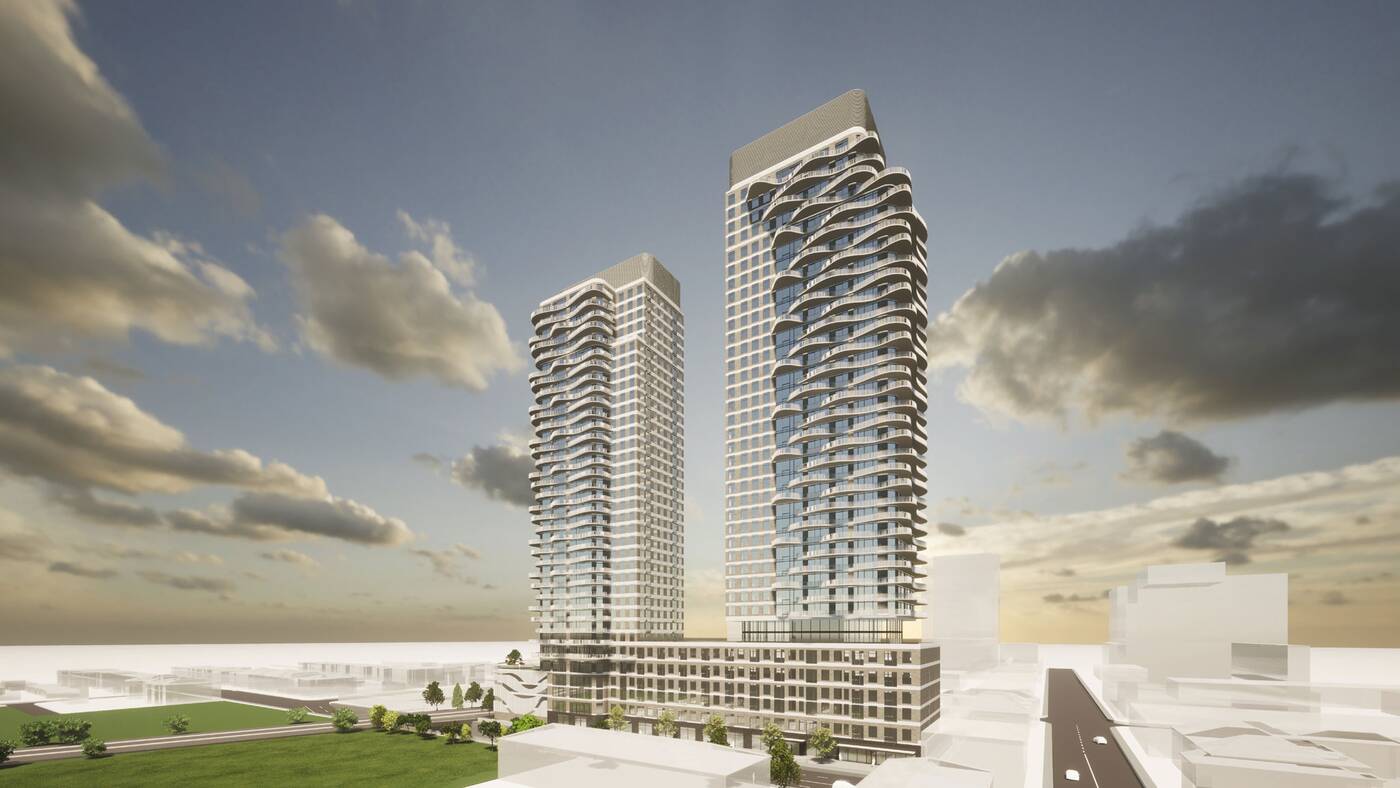 The building would dedicate almost all of its 55,060 square-metre area towards residential units, setting aside just 680 square metres for retail at the south end of the ground floor along Symington. 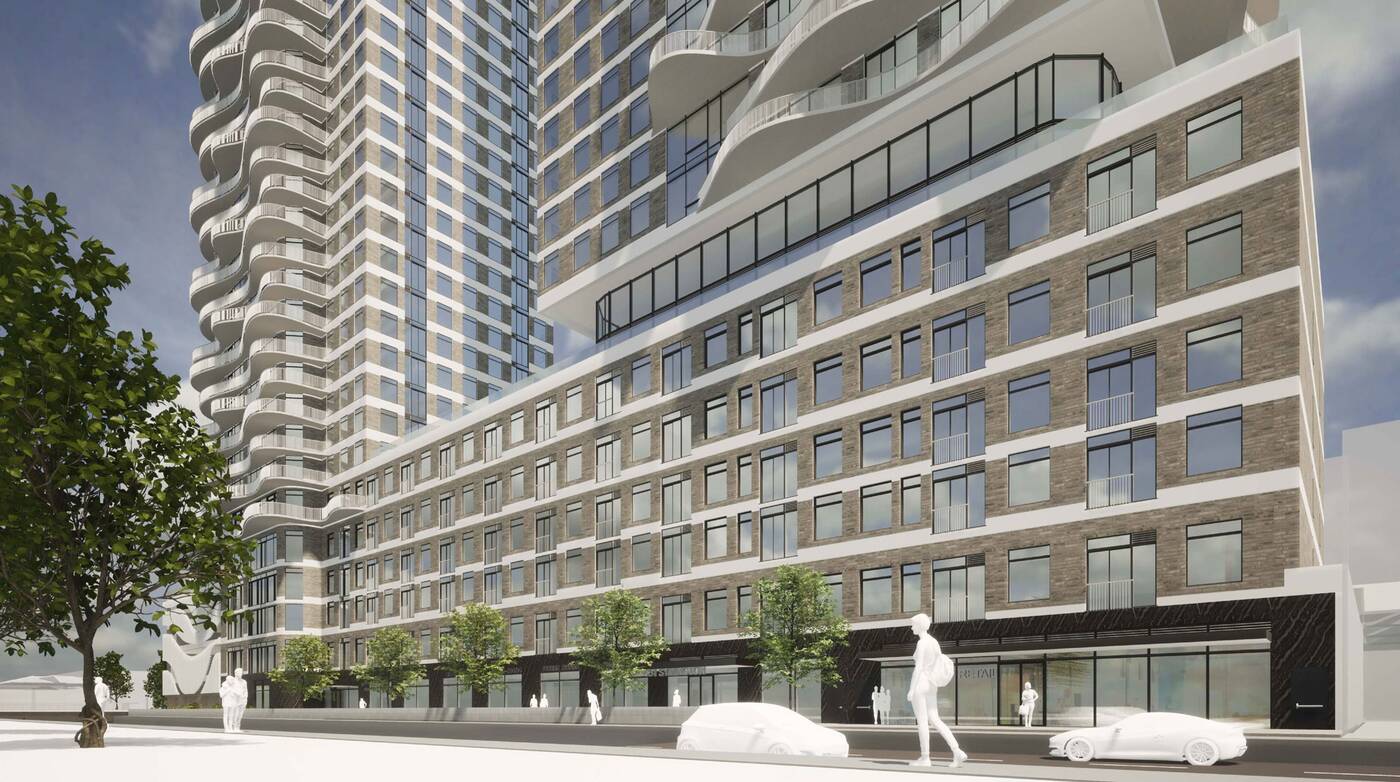 The residential component consists of 817 condominium units spread across the two towers, planned in a mix of 31 studios, 515 one-bedrooms, 185 two-bedrooms, and 86 three-bedroom units.

Interestingly, the proposal in its current form is essentially unapprovable. 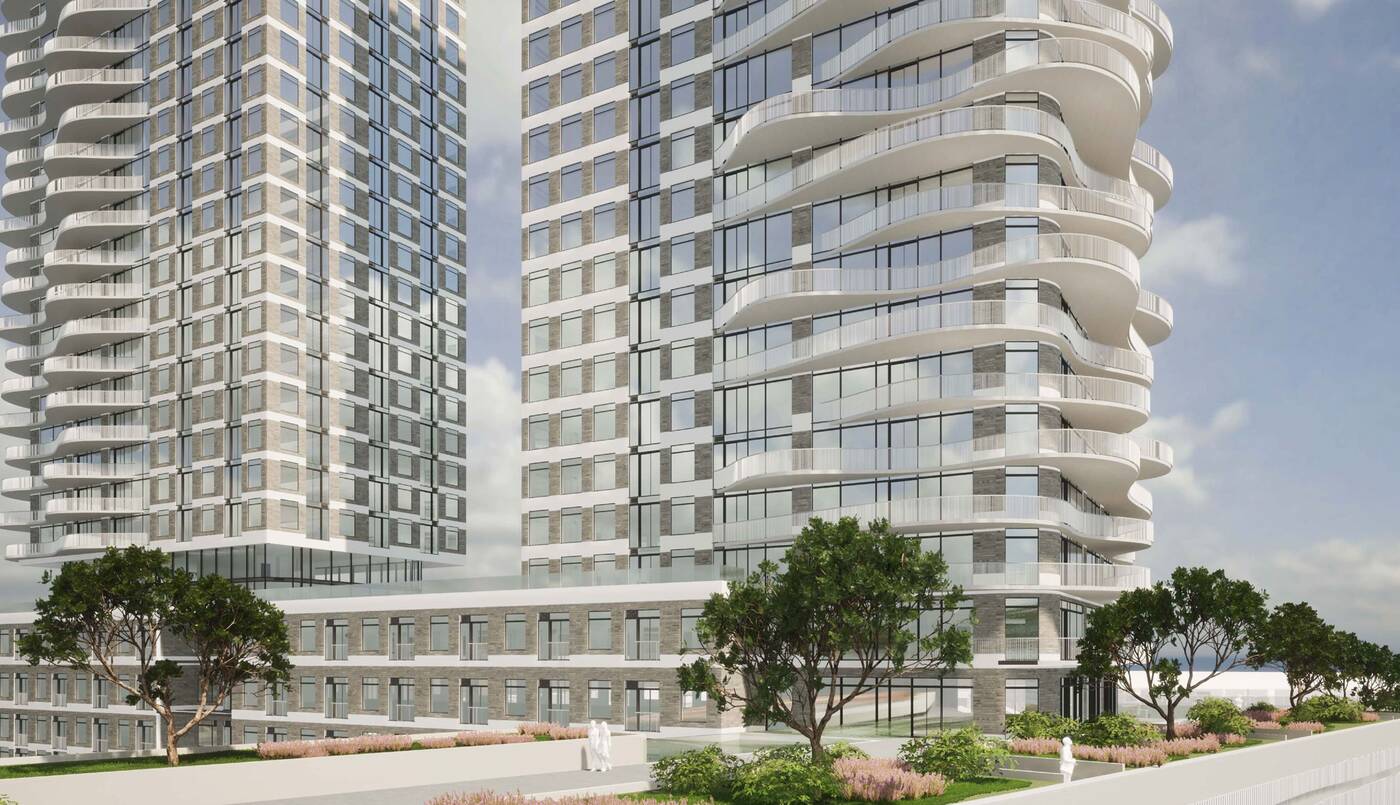 The subject lands in question are designated Core Employment Areas in the Toronto Official Plan, and would require an application seeking Official Plan Amendment to change the land use in order to allow residential construction. 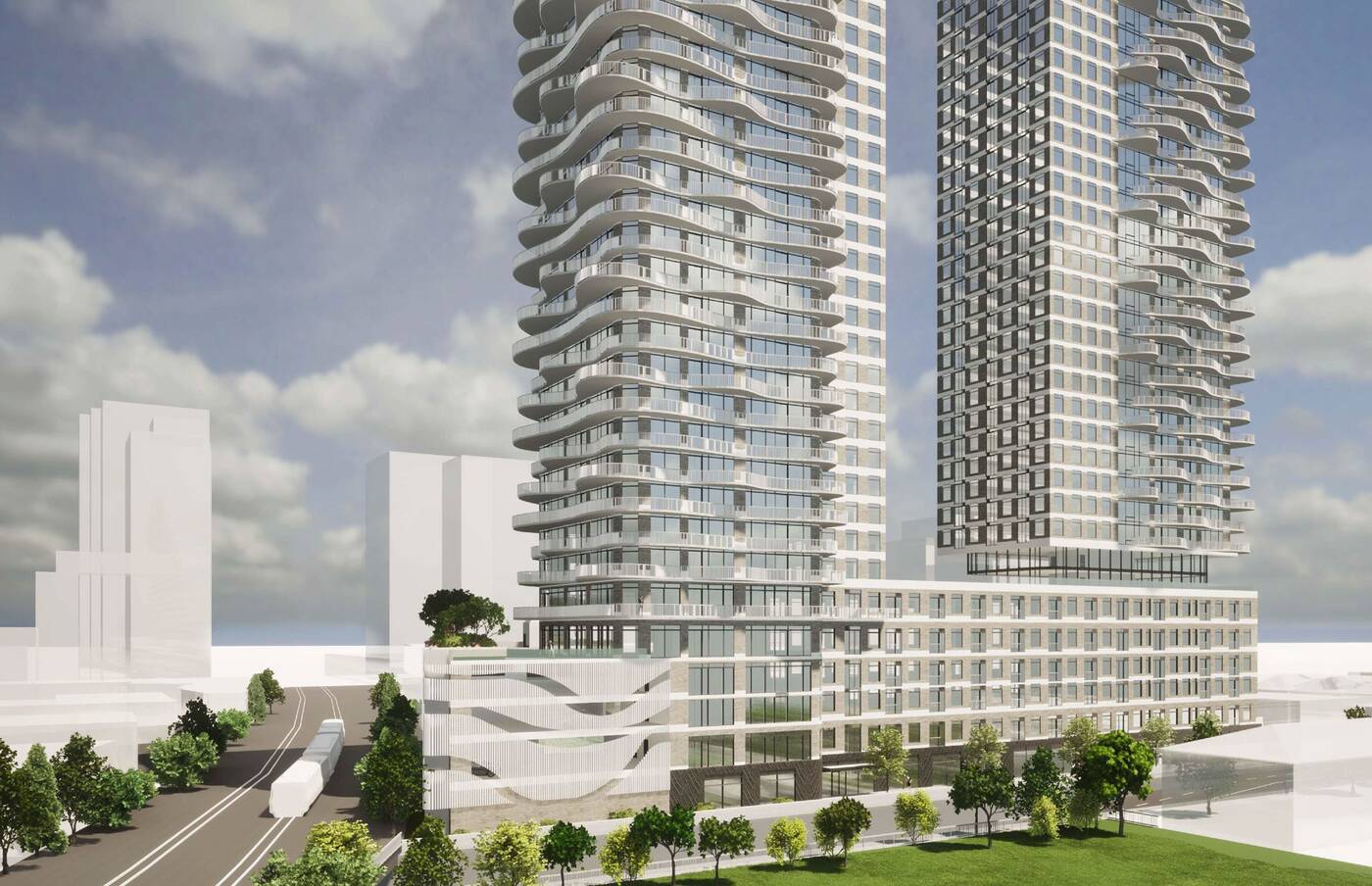 The City's page for application makes it clear that while the applicant has applied for rezoning, "neither an Official Plan Amendment or Conversion Request have been received by the City to facilitate." 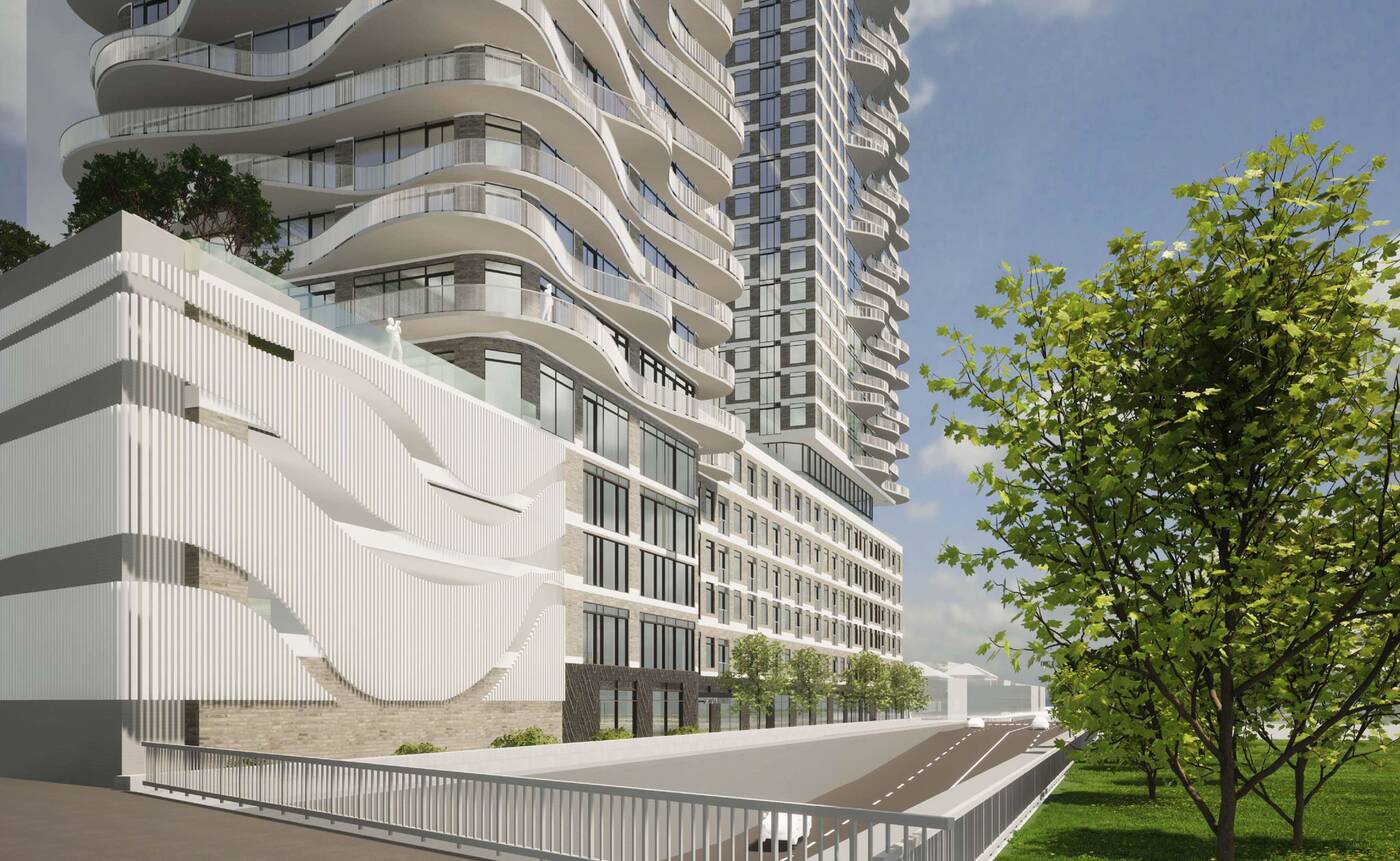 As the applicant is working under the guidance of experienced planning firm Bousfields Inc., it's likely this was no mistake.

Regardless of the intent, it will be interesting to see what the next steps are for what basically amounts to a fantasy proposal until the proper amendments are sought.