Toronto has a love-hate affair with the condo, and as much as people love to complain about these glittering towers with shoebox-sized homes, there seem to be just as many willing to dole out big bucks to own one or more of them.

Yonge Street is one major thoroughfare undergoing frenzied condominiumization, and it seems many more towers will line Toronto's main north-south street in the years to come.

Soon to go the way of the dodo, the latest Yonge Street development targets are a stretch of businesses spanning from 619 to 637 Yonge, wrapping around the corner to include a pair of properties at 7 and 9 Isabella Street. 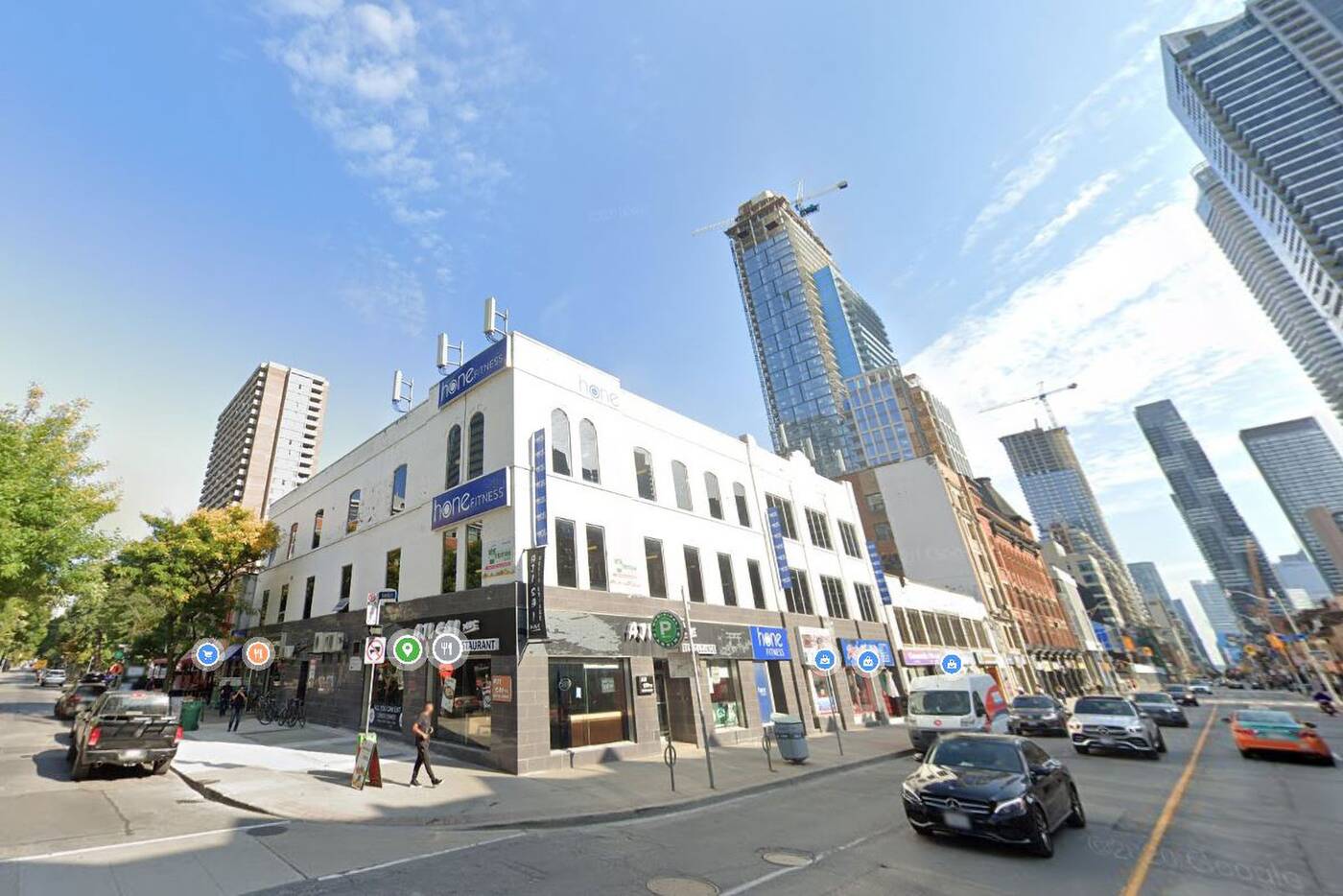 The low-rise buildings in the foreground would be demolished to make way for the new condo tower. Photo via Google Street View.

This half-block includes Miss Fu In Chengdu (within the closed former Aji Sai Plus Resto Lounge location) on Yonge, and a Rabba Fine Foods on Isabella.

A tower has been considered this site for almost a decade now, with plans submitted for a 40-storey building in 2012 from developer Edenshaw.

After being appealed to the OMB (a predecessor to today's Ontario Land Tribunal), a revised 46-storey version was approved for the site in 2015, though things fell silent until this year. 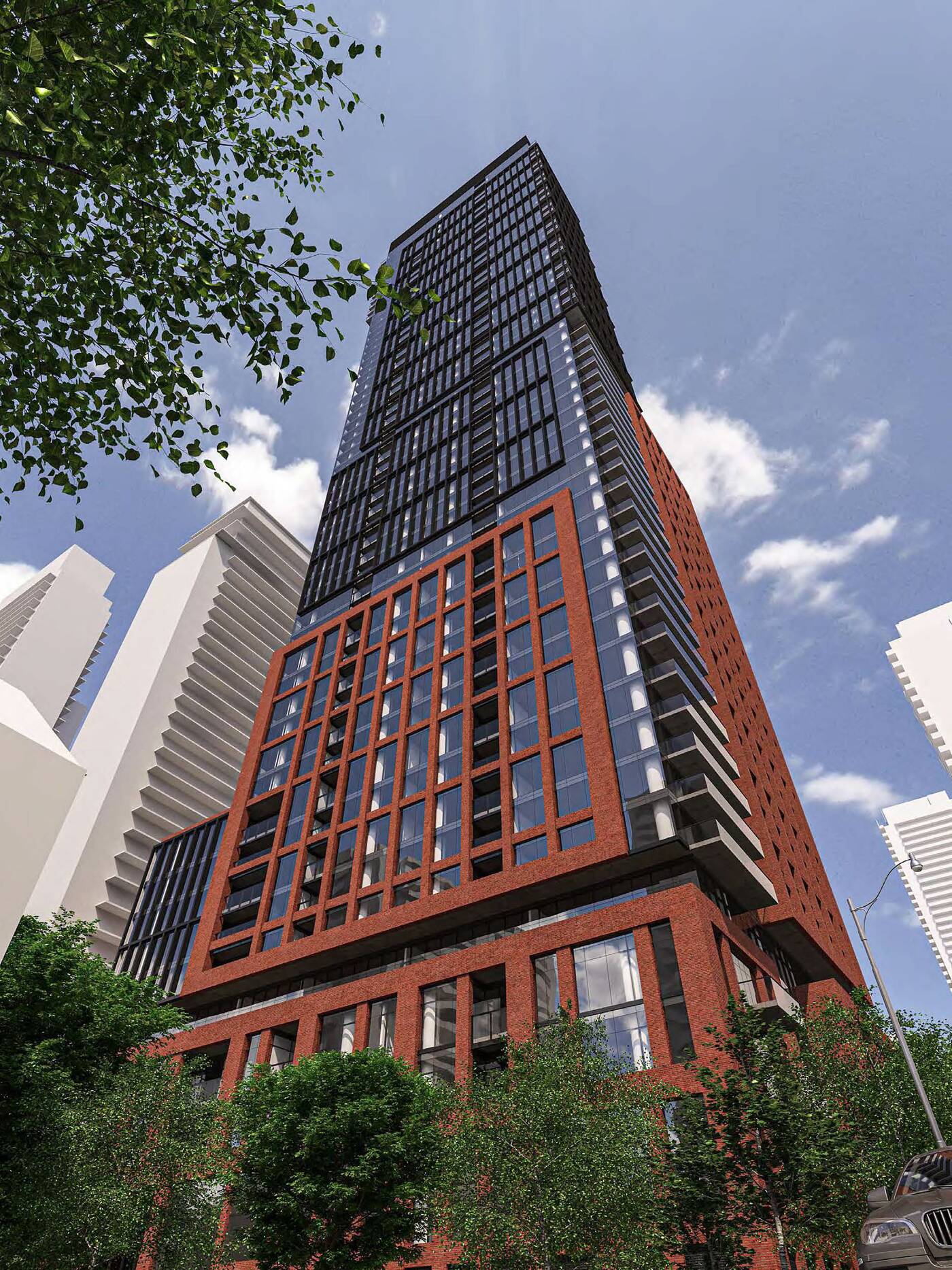 Red brick finishes would tie the new development in with its surroundings. Rendering by Core Architects.

Designed by Core Architects, the current plan was re-imagined for a new development team, bearing no resemblance to what was approved years ago. 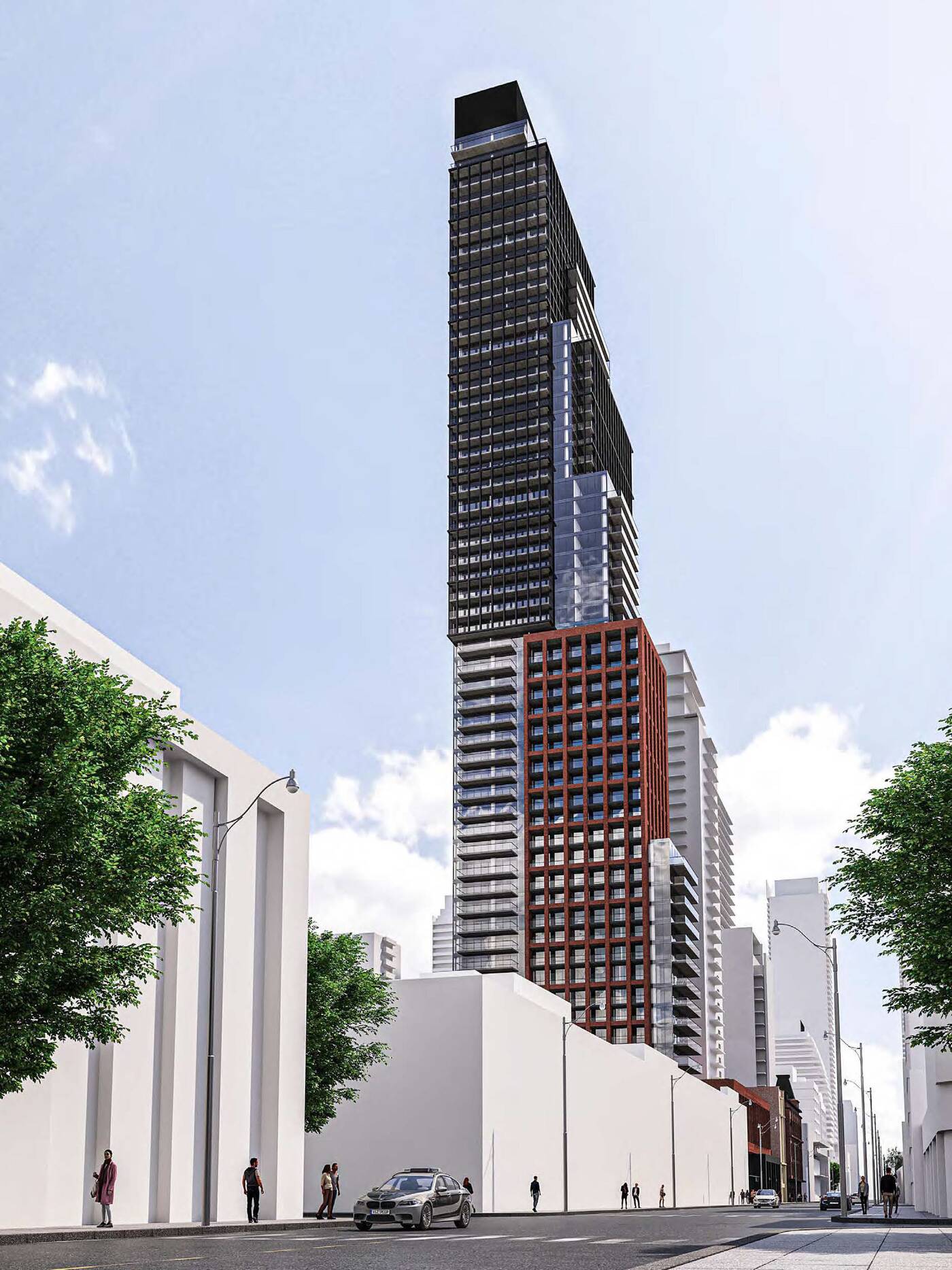 Looking south on Yonge Street towards the proposed tower. Rendering by Core Architects.

From the original 40 storeys to the approved 46, the plan for this site has grown even taller once again, now proposed to soar 57 storeys to a height of almost 191 metres. 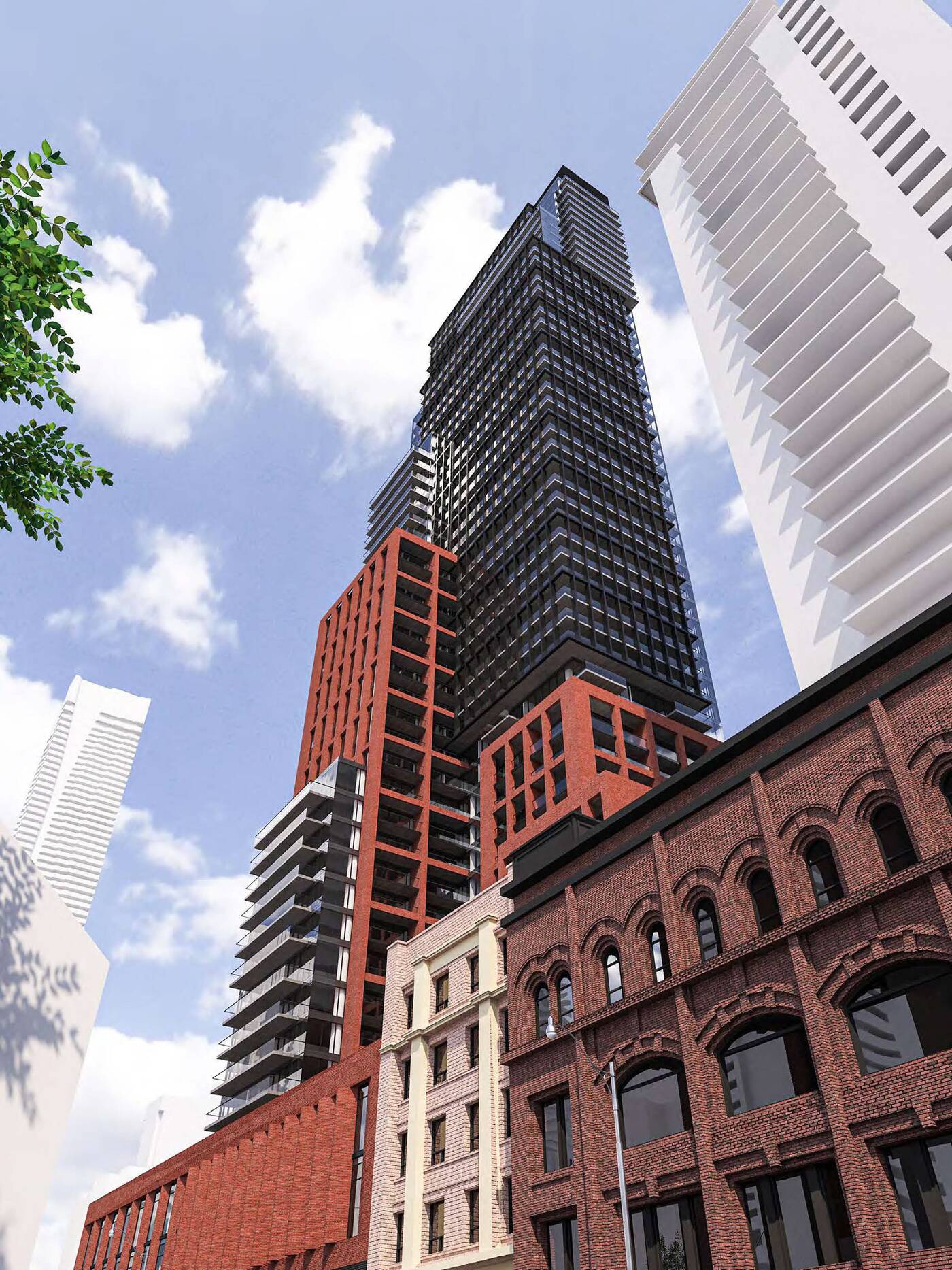 While planning documents all show the branding of Colliers International, a little digging reveals the involvement of YI Developments Ltd.

This name probably won't ring any bells, but its president's name just might: The development firm is headed by Rick Rabba, who also happens to be President of Rabba Fine Foods.

Could Rabba be making the ambitious leap from selling late-night groceries to sleepy-eyed condo residents to supplying the condos themselves? Hopefully, this move would come complete with a jingly radio ad for Rabba Fine Condos. 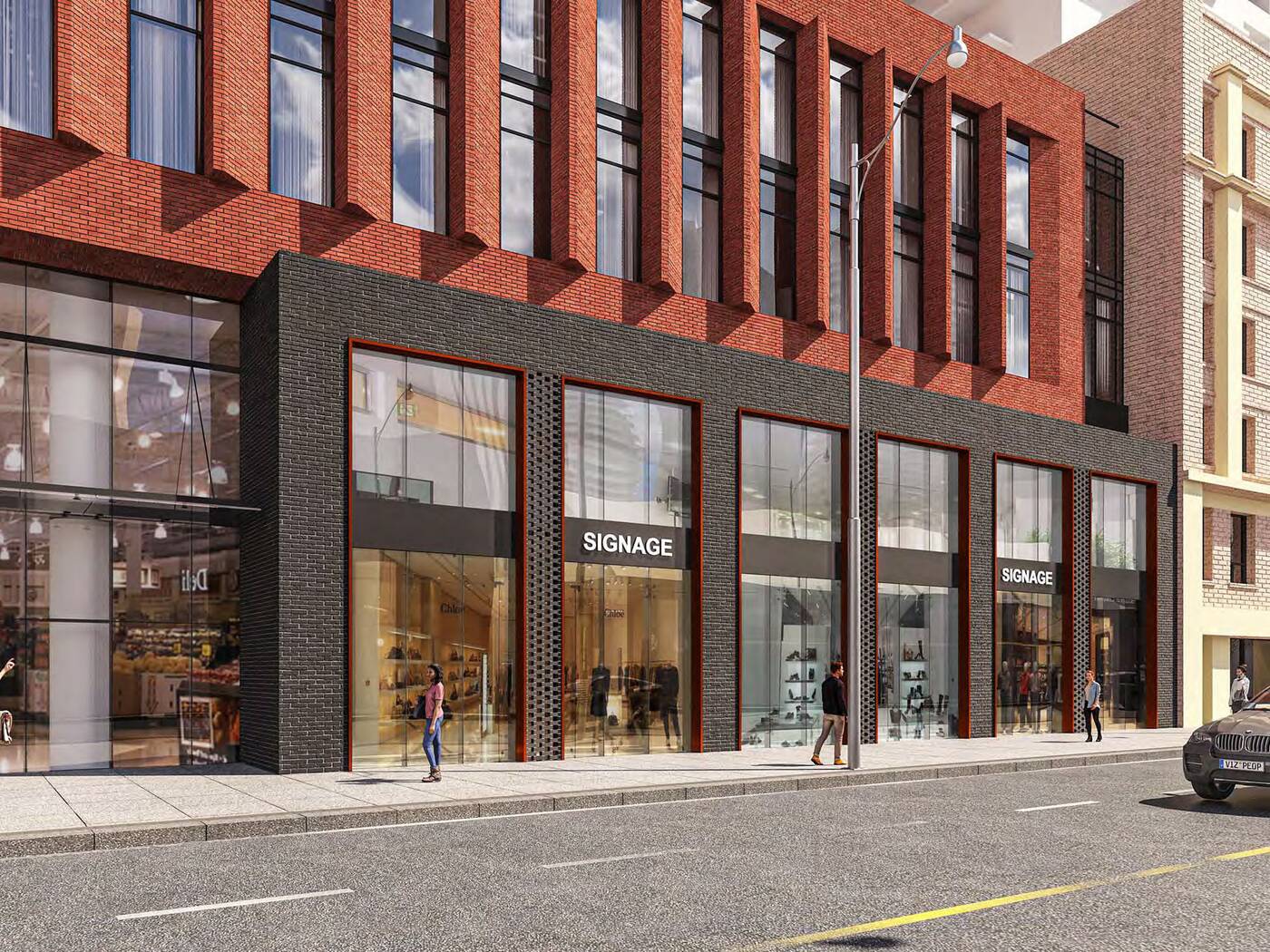 New retail would be built into the tower base. Rendering by Core Architects.

blogTO reached out to Rick Rabba for comment on Monday, though as of Tuesday morning, he has yet to respond to the request. 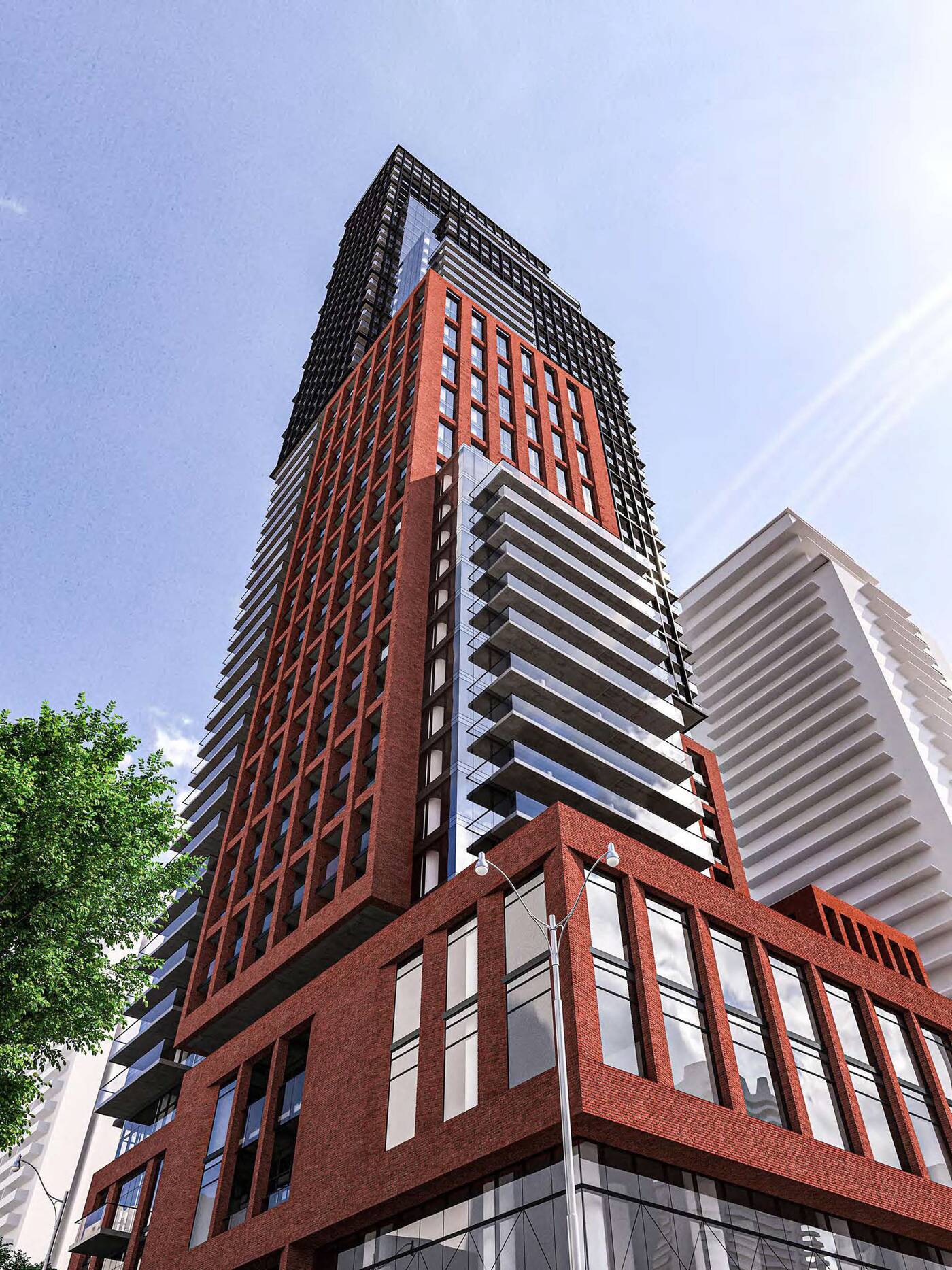 Varying finishes would help break the tower up into distinct sections. Rendering by Core Architects.

The plans would inject 606 condominium units into a rapidly-densifying stretch of Yonge Street. While about 40 per cent of units would contain two or three bedrooms, it appears this will be yet another investor-driven condo based on the unit breakdown.

Families looking for multi-bedroom units in the heart of the city would be accommodated with 171 two-bedroom and 75 three-bedroom units planned in the mix. Still, the majority of the units are not even close to family-sized, with 310 one-bedrooms and 50 studio units. 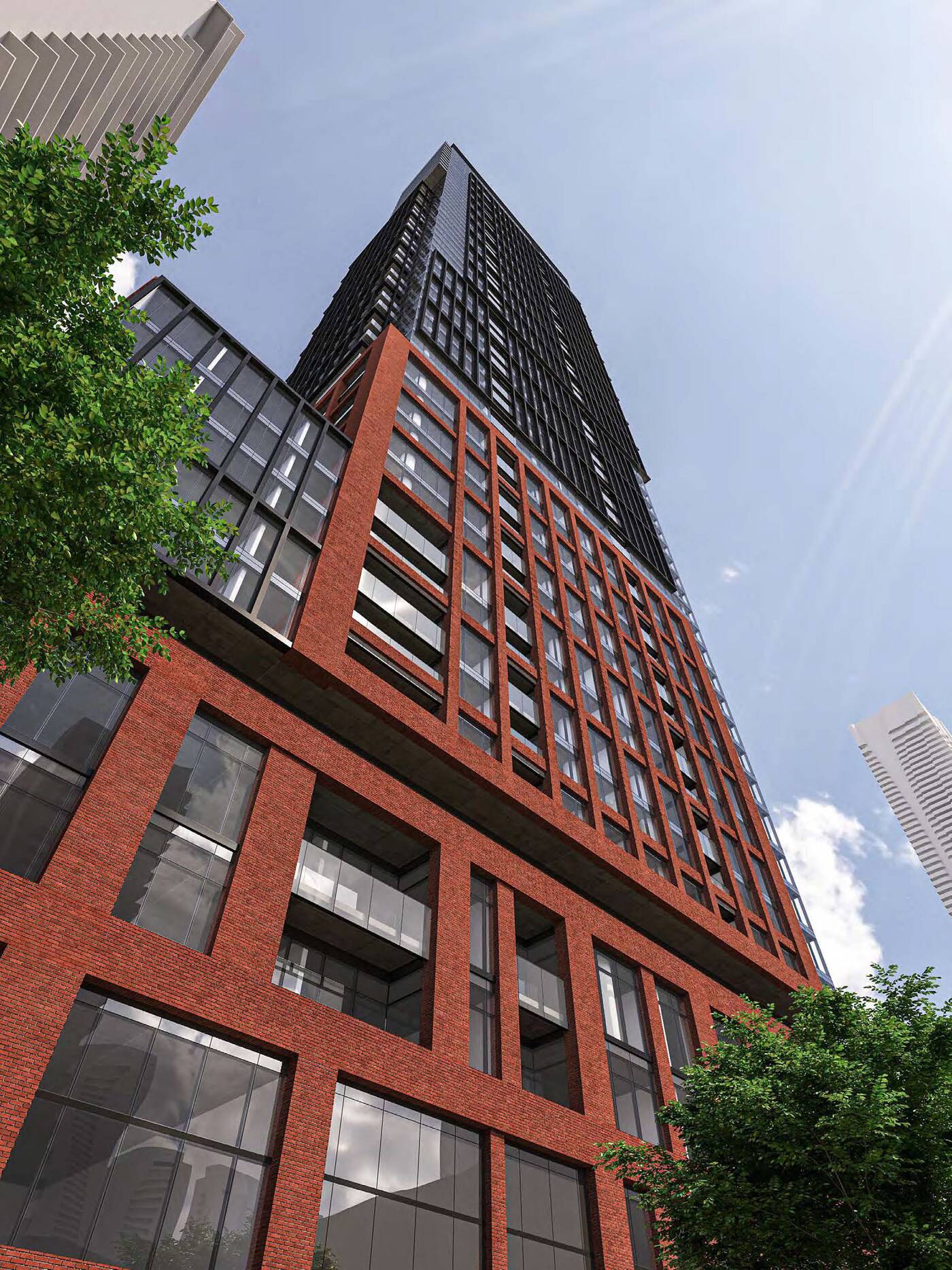 Varying finishes would help break the tower up into distinct sections. Rendering by Core Architects.

The new tower would come at the cost of three existing commercial retail buildings, built between 1905 and 1923. These buildings lack heritage protection and might not be statement pieces, though they have been around for roughly a century of Toronto history.