A striking new 66-storey tower unlike anything Toronto has seen before is set to rise at a landmark location in the city's downtown core — but only if all goes well for the developers proposing it.

H&R REIT recently launched a website for its forthcoming 55 Yonge project, designed by BDP Quadrangle and PARTISANS. The firm says that a rezoning application was submitted to the City of Toronto this month, but detailed documents have yet to appear in the city's public development portal.

Still, the website itself contains plenty of juicy details (and more importantly, renderings) for us to get excited about in the meantime. 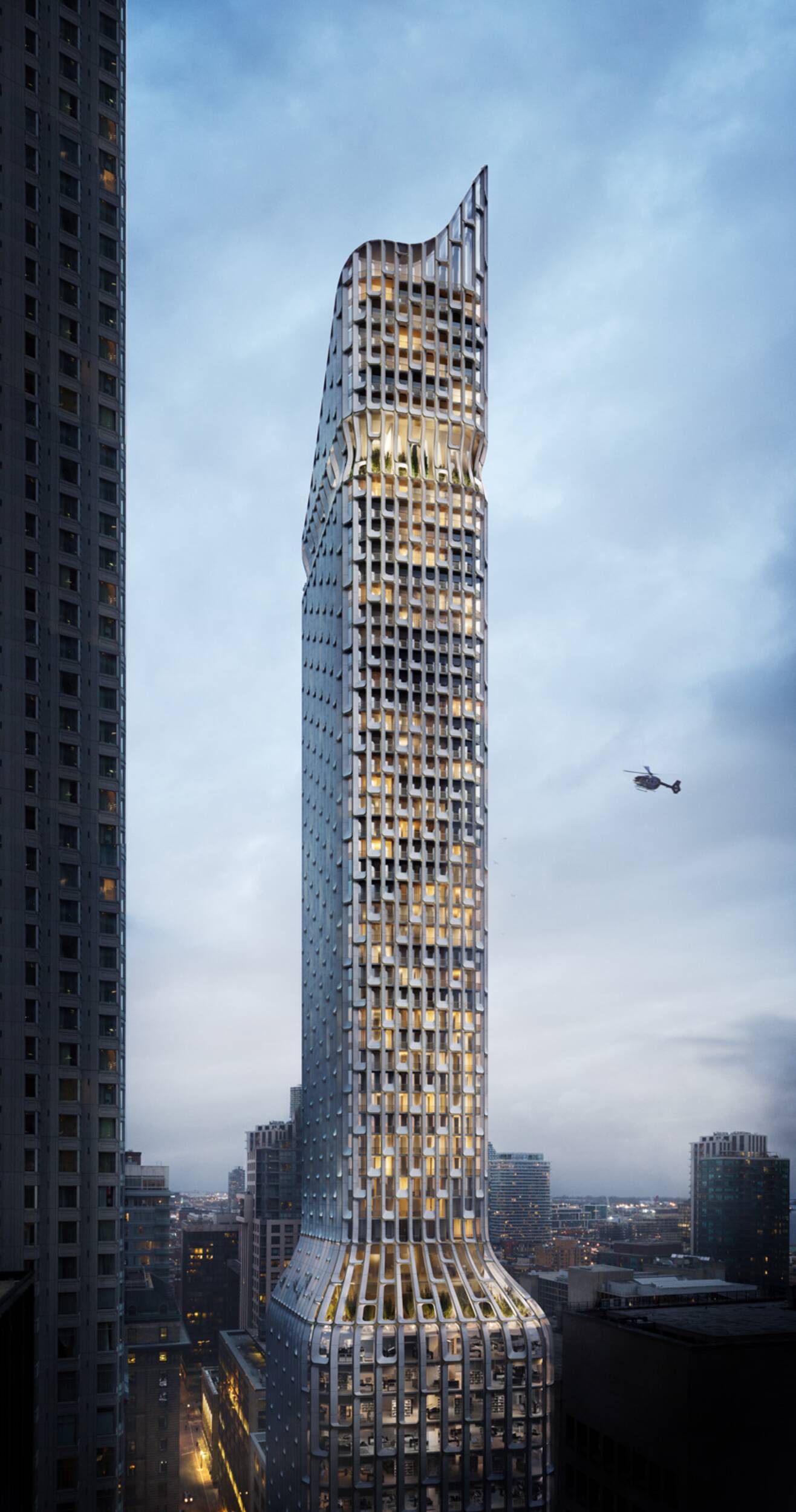 The 66-storey office and apartment building proposed for 55 Yonge Street has a truly unique shape. Image via H&R REIT.

Proposed for a site at the southeast corner of Yonge and Colborne Streets, just north of Wellington, the mixed-use tower in question would replace two adjacent buildings of five and 12 storeys respectively.

Both office buildings are already owned by H&R REIT, but the firm would still need permits to demolish and replace them with the significantly proposed development.

The involvement of ERA Architects in the project suggests there may also be heritage elements to consider. As pointed out by Urban Toronto, the building which currently stands at 55 Yonge was completed in 1958 by "noted Canadian Modernist architect Peter Dickinson." 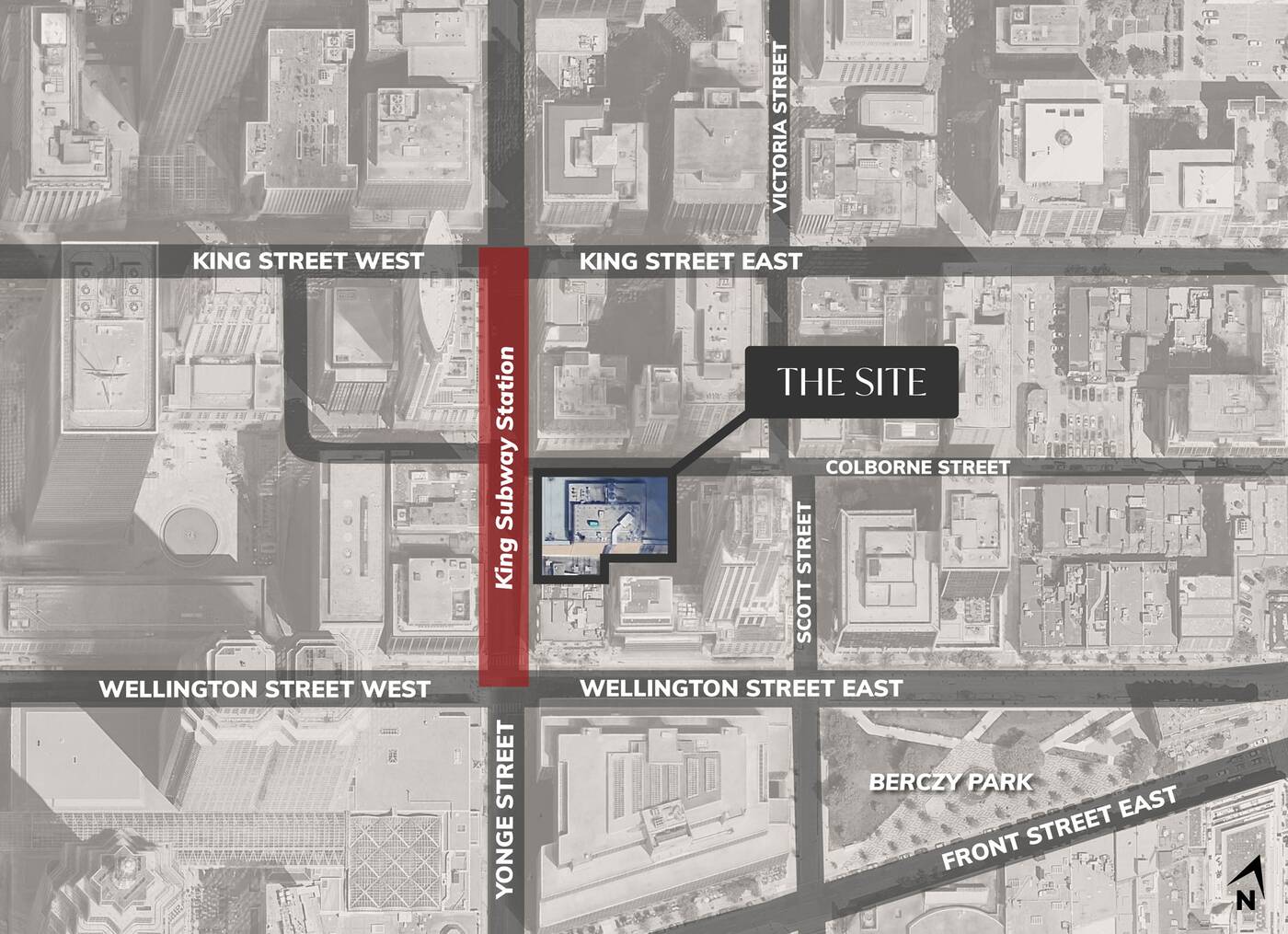 The new building would lie just east of the TTC's King Subway Station between King and Wellington Streets East. Image via H&R REIT.

The tower itself would be used for commercial and residential purposes with two full storeys of retail as well as lobby spaces at the ground level.

Rising up from the retail/lobby portion of the building (which itself would sit above two storeys of underground parking) is a uniquely-shaped podium containing 13 levels of office space, effectively replacing the offices that currently stand at 53 and 55 Yonge.

In total, the building is designed to include roughly 13,000 square metres of retail space, 16,700 square metres of office space and 482 purpose-built, residential rental units (a mix of studio, one-bedroom, two-bedroom and three-bedroom suites.) 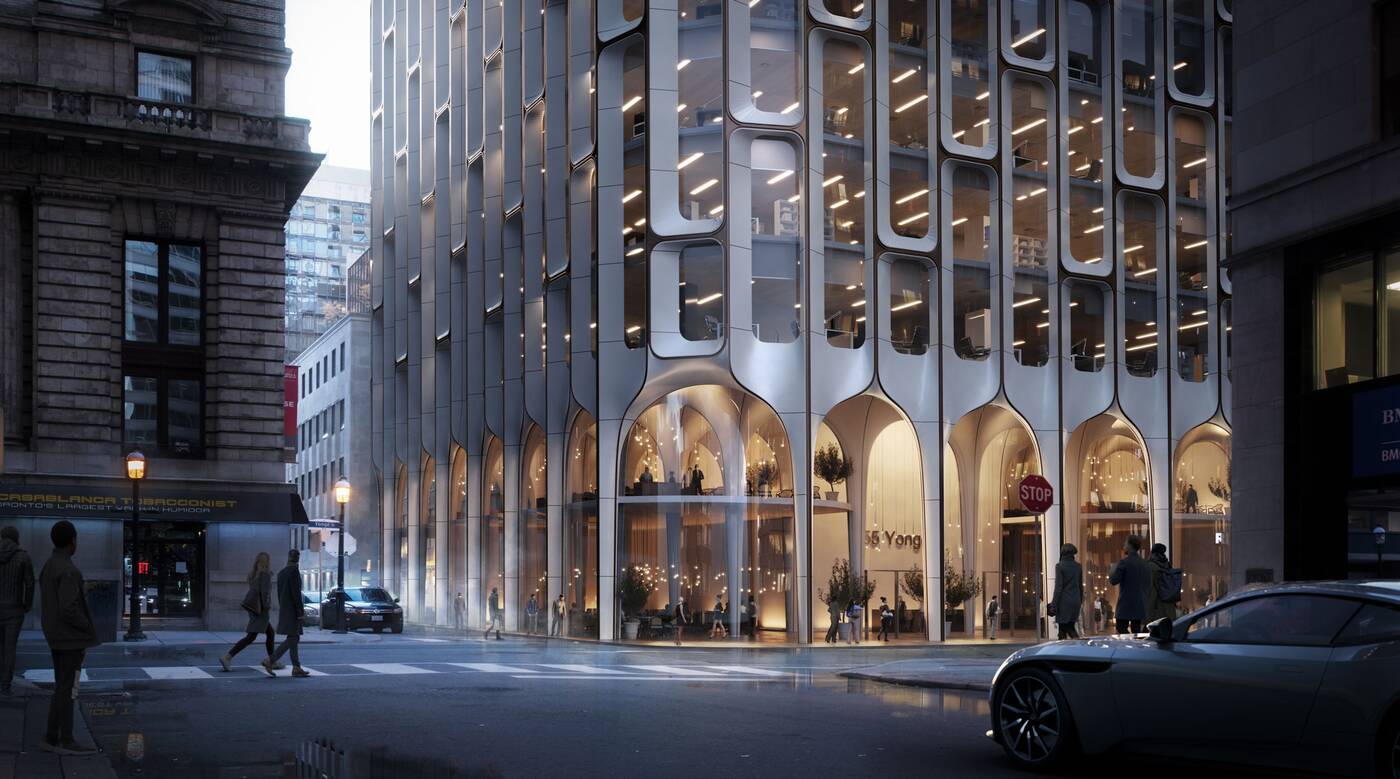 The new building has been designed to create what developers call a "more inviting pedestrian experience." Image via H&R REIT.

A spacious open-air terrace, fully-equipped gym and pool are among the amenities planned for both office and residential tenants of the building, according to H&R REIT's own website.

The floors of office space, specifically, are said to be "state of the art" and designed "for the contemporary worker in a post-COVID world, supported by efficient layouts and a hospitality-driven environment at the street level."

"In the heart of Toronto's financial district, directly adjacent to King Station on the TTC's Yonge subway line, 55 Yonge is a landmark 66-storey residential and office tower designed by collaborating architects BDP Quadrangle and PARTISANS for H&R REIT," reads the project's website. 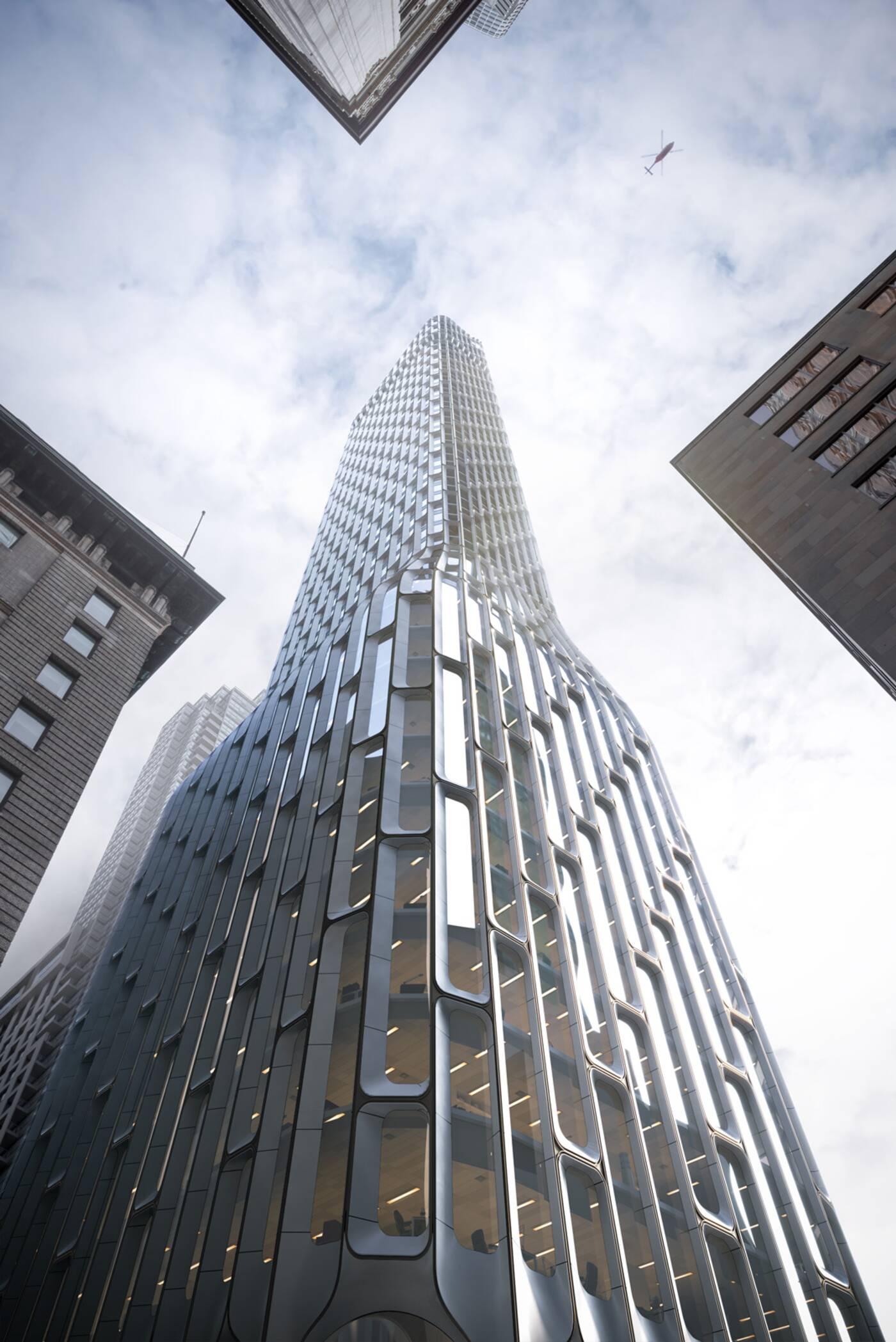 Developers say the new 55 Yonge will respond to Toronto's rapid growth, while achieving a cohesive and contemporary high-rise design. Image via H&R REIT.

As for when this glorious new tower will be built, well... that's anyone's guess.

Even H&R REIT itself admits that "the rezoning application process can take quite some time" and that "new development projects and the review processes they go through can be complicated."

Fortunately, the lag gives everyone interested in the project time to weigh in with their thoughts, concerns and suggestions, which they can do so now via 55 Yonge's website.