Everyone wants in on the condo game in Toronto, from celebs like Simu Liu and Pharrell Williams, grocery brands Loblaws and Rabba Fine Foods, and even the iconic nationwide automotive and household goods chain, Canadian Tire.

Canadian Tire's real estate arm CT REIT waded its first steps into the condo market in late 2022, submitting a huge proposal to redevelop its retail property and attached gas station at 835 Yonge Street and replace them with 49- and 41-storey condo towers with a rebuilt retail flagship.

But they haven't stopped there. To start out 2023, CT REIT has submitted a new development application to redevelop their property at 2681 Danforth Avenue, just east of Main, with another two-tower condo development.

The plan calls for the demolition of a portion of the existing Canadian Tire retail store building, a single-storey garden centre, and a lot with 245 surface parking spaces. 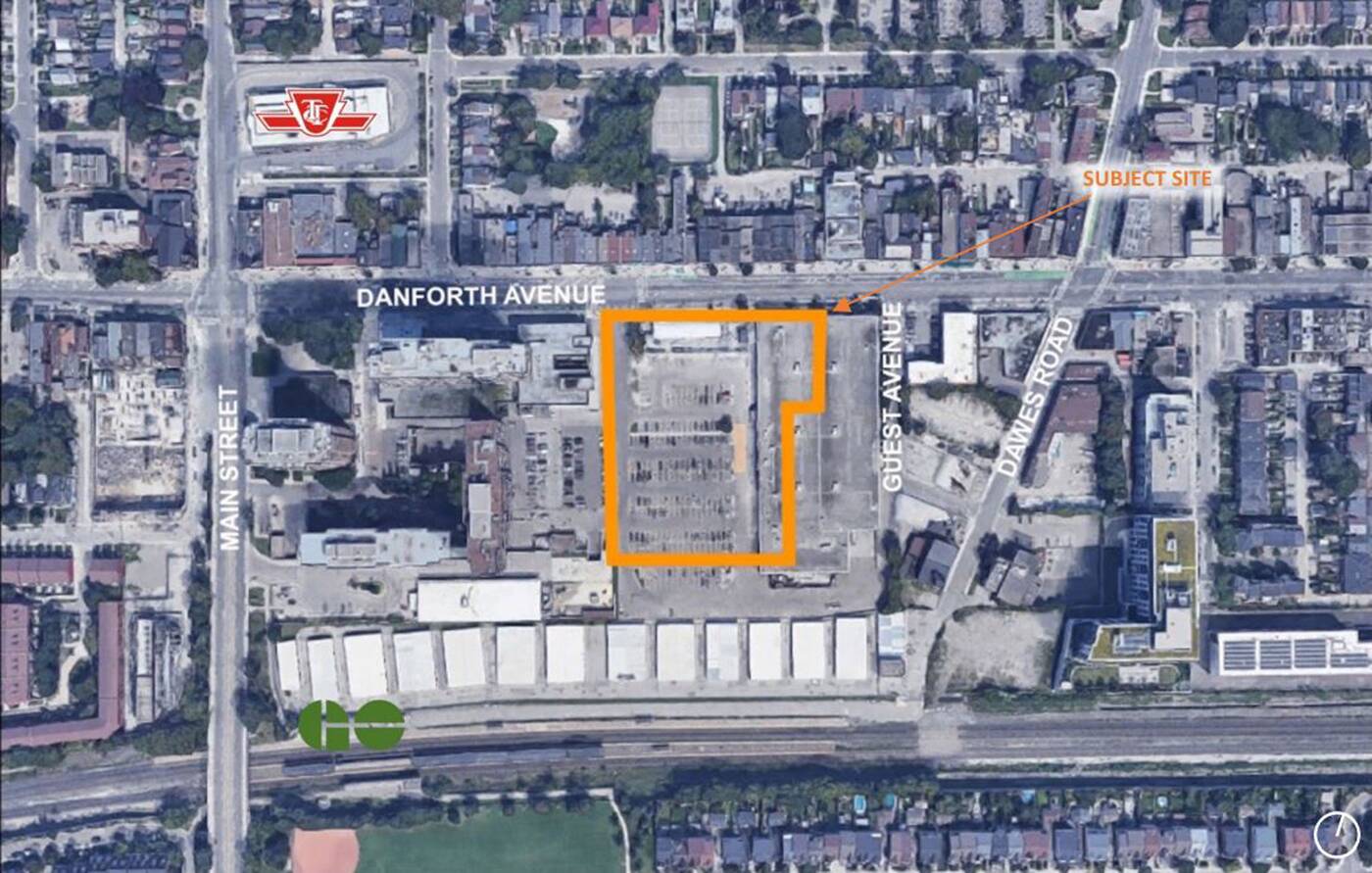 In place of what exists today, the proposal pitches a Turner Fleischer Architects-designed complex consisting of a pair of condominium towers rising 44 and 33 storeys from a shared nine-storey podium housing a new Canadian Tire retail store and automobile service centre. 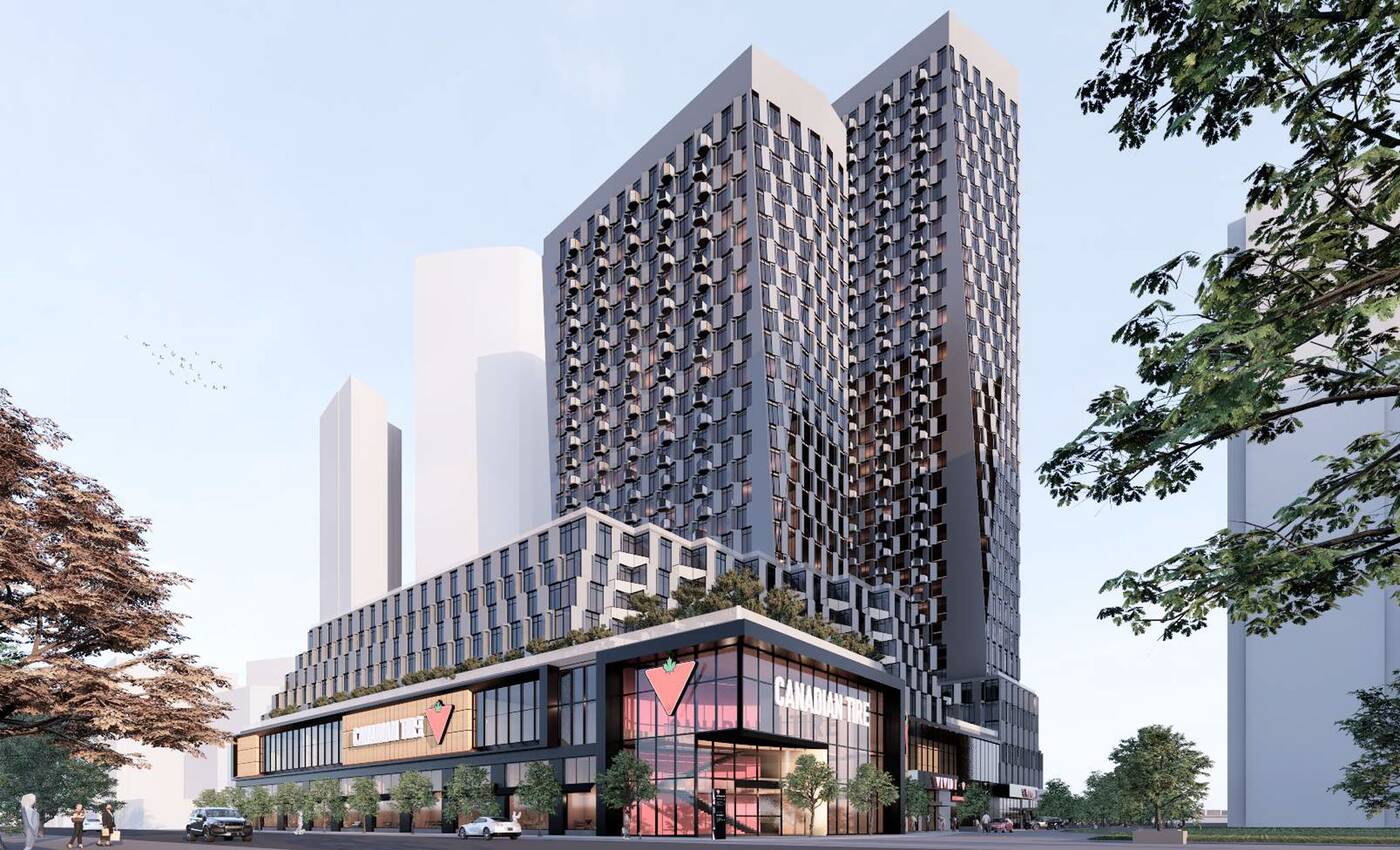 A total of almost 80,000 square metres of floor area across the complex would be primarily dedicated to residential space, at over 87 per cent of the total. An over 11,000 square-metre retail component would house the new Canadian Tire replacement for the current location on site.

The proposal also calls for a 958.6-square-metre park along the south edge of the site, allocating 10 per cent of the development's footprint towards a new neighbourhood amenity. 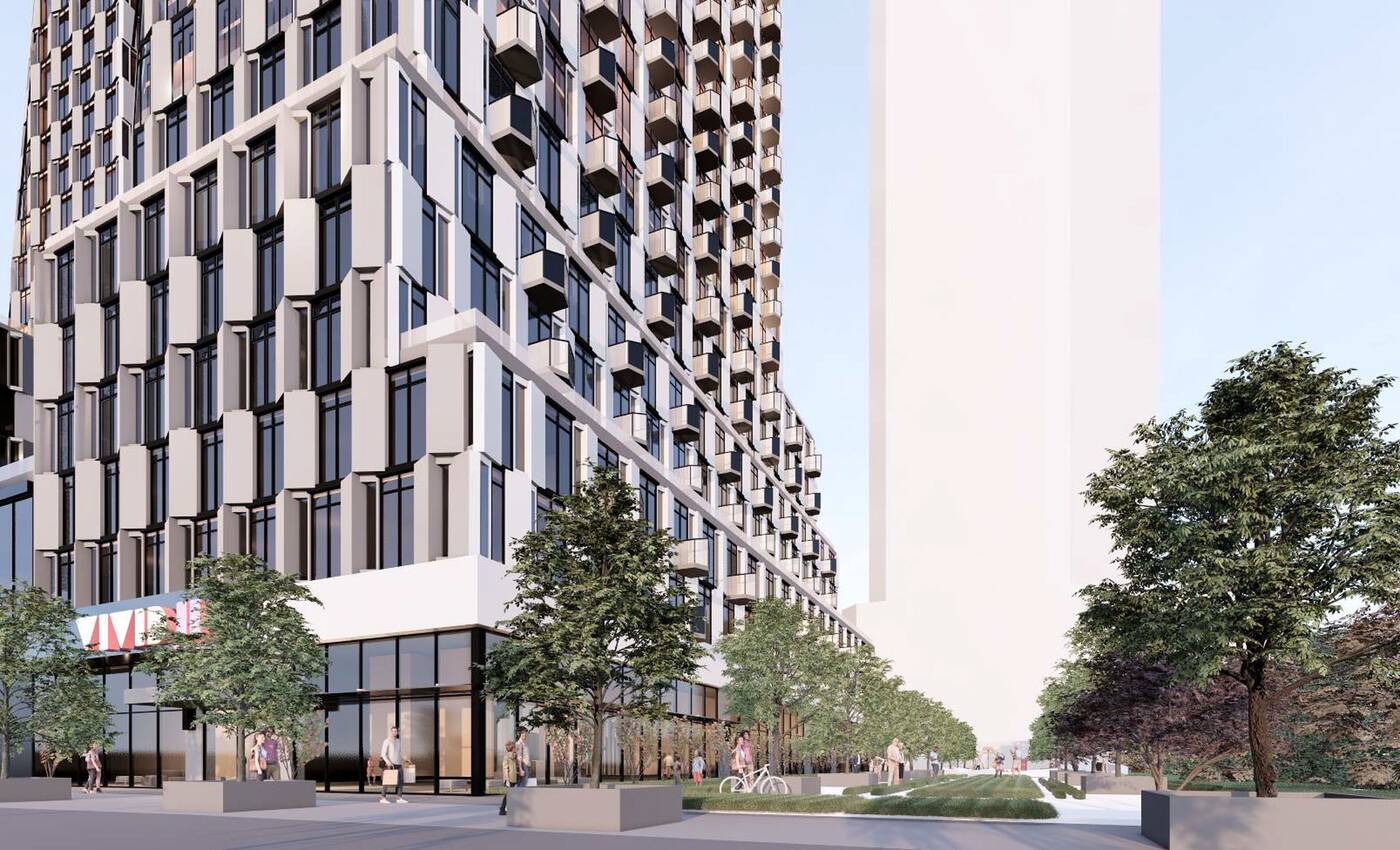 The proposed residential component contains 905 condominium suites spread across the two towers, proposed in a breakdown of 565 one-bedrooms, 249 two-bedrooms, and 91 three-bedroom units.

The area surrounding the current Canadian Tire is already primed for density through approved towers to the south and east as high as 39 storeys, and proposals as tall as 55 storeys.

A comparatively reasonable ask of 44 and 33 storeys likely won't face the political resistance typical of projects that table tall towers in predominantly low-rise neighbourhoods, but locals concerned about traffic could turn their noses up at the proposed parking component.

Despite the proposal site's immediate proximity to both a subway station at Main Street and a GO station at Danforth, a massive underground parking component for 340 cars is proposed.

While the garage will be split between residential and retail uses, it's still a substantial increase in parking capacity over the 245 spaces that exist today.