How a historic Toronto warehouse gets upcycled

One of Toronto's most interesting development projects is currently underway at Bathurst and Lake Shore as the former Loblaw Groceterias warehouse has been almost completely reduced to rubble to pave the way for a new grocery store and condo complex.

To drive by heading south on Bathurst, it looks like many other projects of this type where an old building gives way to something new, but when you take a look at the south facade, you notice restoration work has been done on some sections of the old warehouse brick. It's kind of piecemeal, but it hints at the next stages of this massive project. 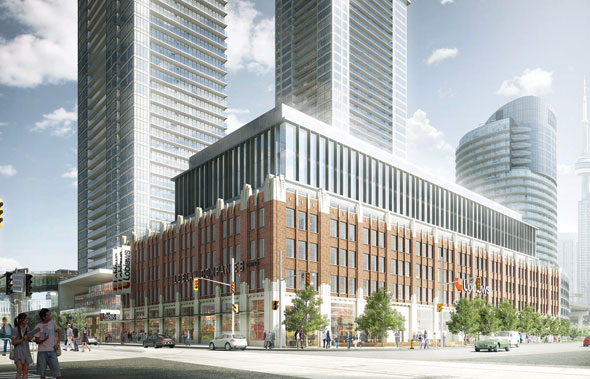 It's surely an example of facadism, but the plan here is to tear down the existing building before reassembling the south and west faces of the structure brick by brick. An addition will then be placed on top and condos will rise above the north side of the former warehouse. 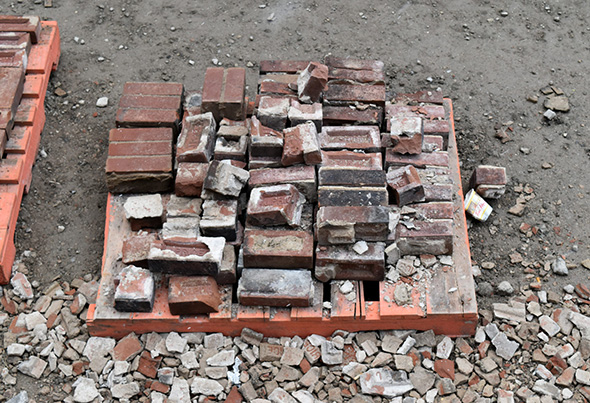 Strewn across the site are freshly buffed bricks piled on skids waiting to be re-used once the re-build phase of the development kicks into gear. It's quite remarkable that they do the work in such a manner, but given the extra weight being applied via the rooftop addition to the structure, it also makes sense. 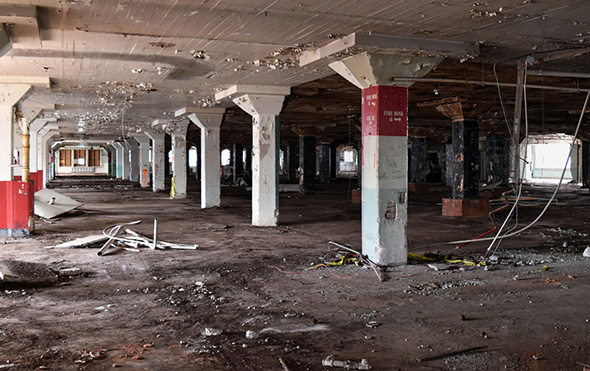 Not everyone will be a fan of this type of restoration process. A legitimate argument could be made for the full preservation of the building given how the condos fit in to the plan, but it's worth noting that the two sides that are being preserved are those that the most people encounter in a given day. 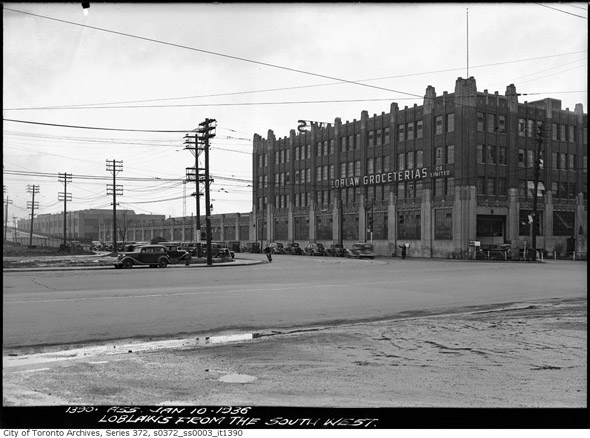 Even as it will only be a facade, we'll still experience the presence of the former building when passing by. And given that it was a private warehouse when it was in use, that's all most of us got in the first place.

Photos by Patrick Cummins and the Toronto Archives.