The blocks surrounding Toronto's Yonge and Eglinton intersection have transformed from a collection of low-rise and slab-like rental buildings into a dense forest of concrete, glass and steel as modern condos take over the neighbourhood.

And one more tower has now entered the pipeline for the bursting-at-the-seams neighbourhood, with a new development application seeking the okay from city council to redevelop a low-rise rental property at 77 Erskine Avenue with a 35-storey condominium tower. 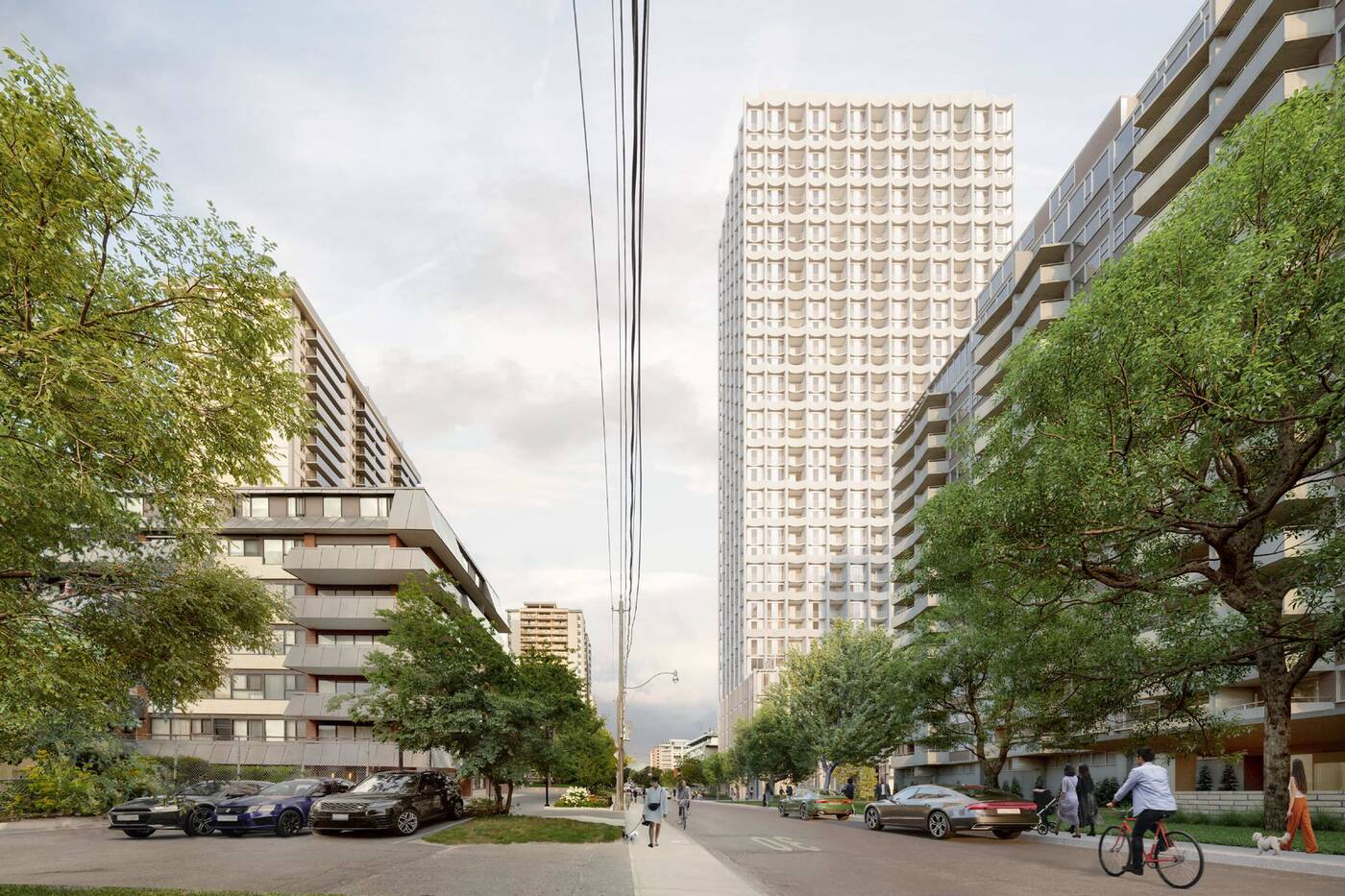 Fora Developments has broken onto the Toronto development scene with an outrageous-looking project proposed on Elm Street, but the firm has chosen more of a toned-down — while still quite striking — design from architects gh3 for their Erskine site. 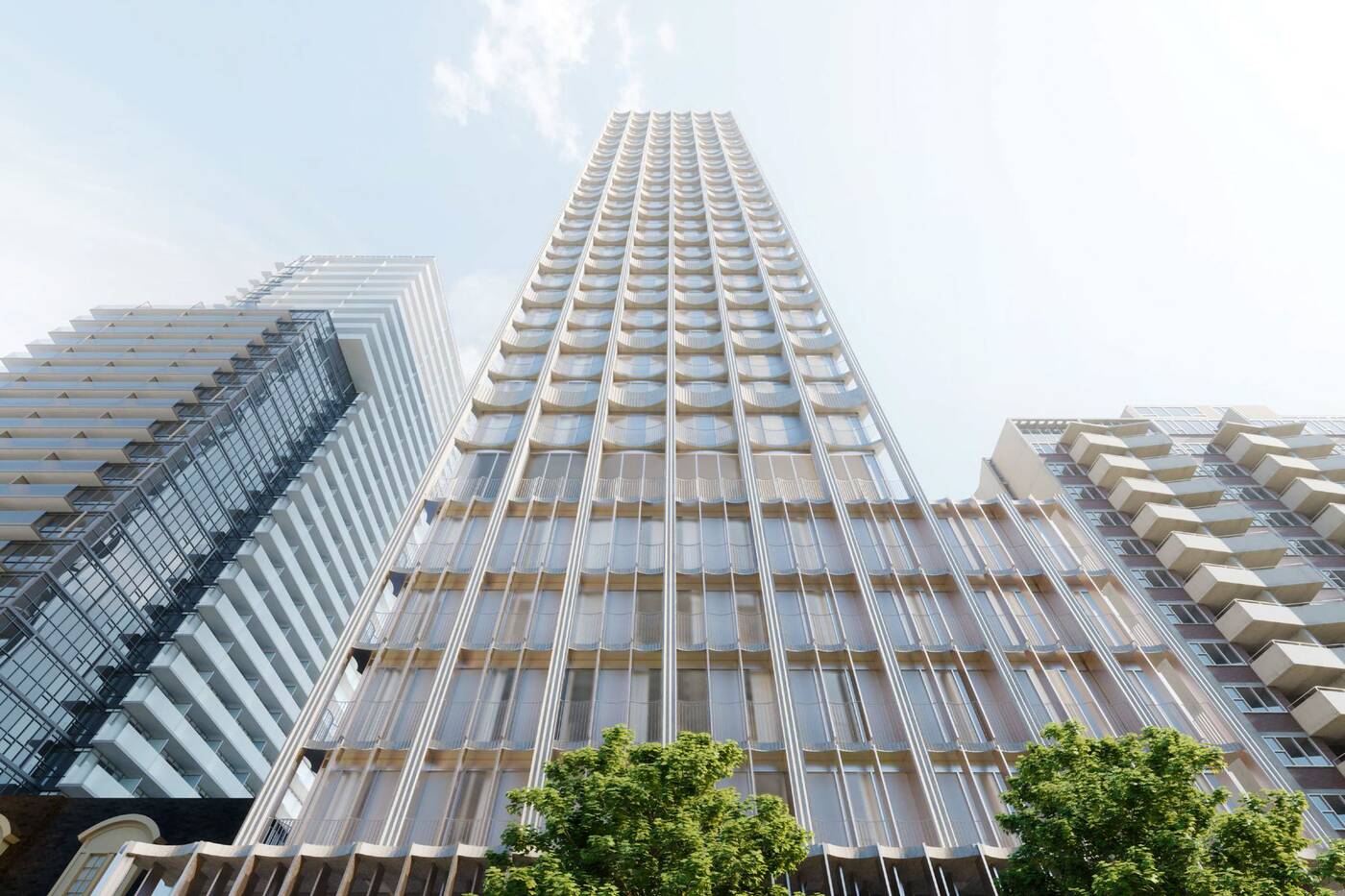 The existing four-storey apartment building would come down to make way for a tower rising just shy of 117 metres, featuring a scalloped exterior of ribbed concrete, glass, and charcoal-toned aluminum balcony railings. 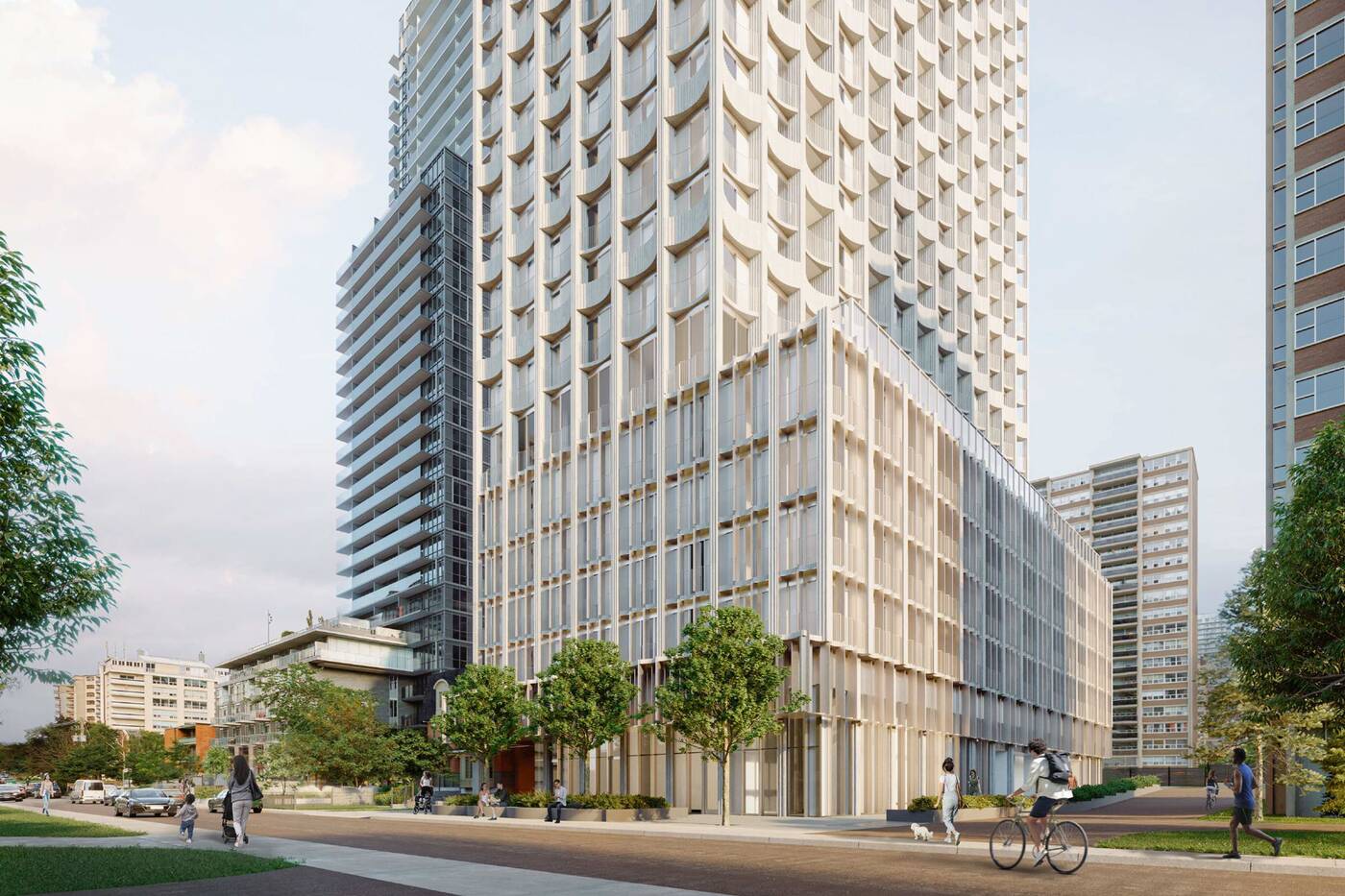 It's pretty much in line with the heights and densities of other new-build towers in the area, but knowing Midtown residents, there are bound to be a few angry locals complaining about another tall condo in the rapidly-intensifying area. 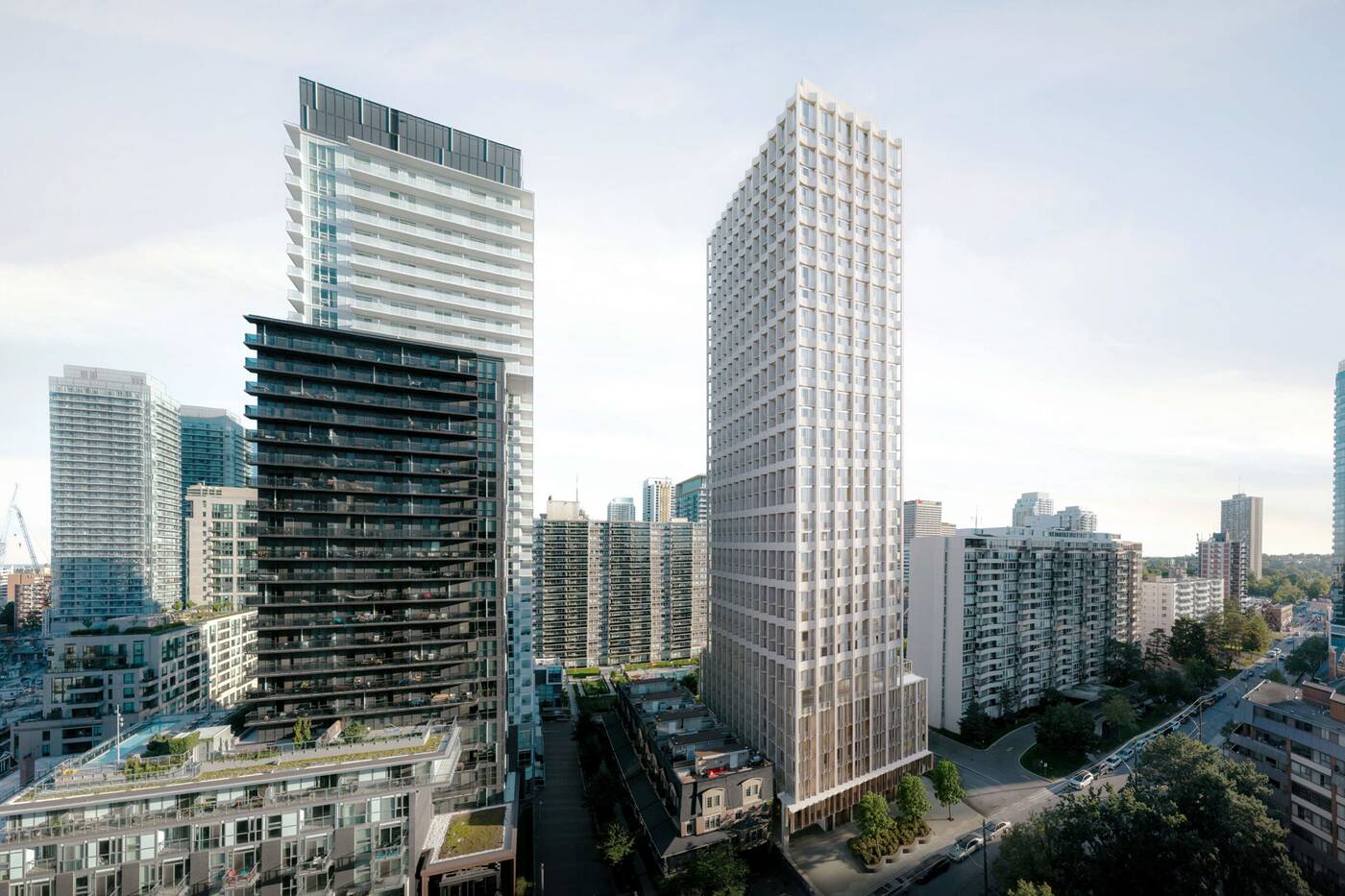 However, area residents would benefit from a proposed publicly accessible mid-block pedestrian connection along the west side of the building between Erskine Avenue and an existing pedestrian path to the south.

It will offer generous landscaping and public seating, as well as a dog run area for off-leash pet play and… uhh... relief from nature's call.

The plan calls for a total of 377 units, which includes 341 market condominiums and 36 units to replace the existing apartments on site as per the city's rental replacement requirements.

Over half of the total suite count, at 203, is proposed as one-bedroom units, along with 10 studios, 129 two-bedrooms, and 36 three-bedroom units.

Area residents will also be thankful to hear that, despite the unit count, the proposal only contemplates 36 parking spaces in its two-level underground parking garage.

Instead, the developer has taken a bike-forward approach with a total of 378 bicycle parking spaces proposed, including 340 long-term residential spaces and 38 short-term visitor spaces, spread between the ground floor and P1 level.

The immediate surroundings have been in a state of constant metamorphosis for years now. Just east of the site, a condo tower was completed at 101 Erskine back in 2018. A block to the west, a rental tower opened at 18 Erskine in 2020.

Other towers to pop up in the area in recent years include The Parker and CityLights on Broadway, while construction is already in full swing for the next wave of density with active projects like the Pharrell Williams-involved Untitled Toronto development just a block to the southeast.