A new development application hopes to transform Maitland Street in Toronto' Church and Wellesley Village area, calling for a striking condominium tower to soar above the neighbourhood skyline.

Developer Carlyle Communities has applied to demolish an existing building on 33 Maitland Street, while conserving components of an existing structure at 37 Maitland Street and incorporating them into the base of a new 49-storey condominium tower.

The plan features a standout design from architects BDP Quadrangle that would rise 166.65 metres, dwarfing the surrounding buildings of Maitland Street. 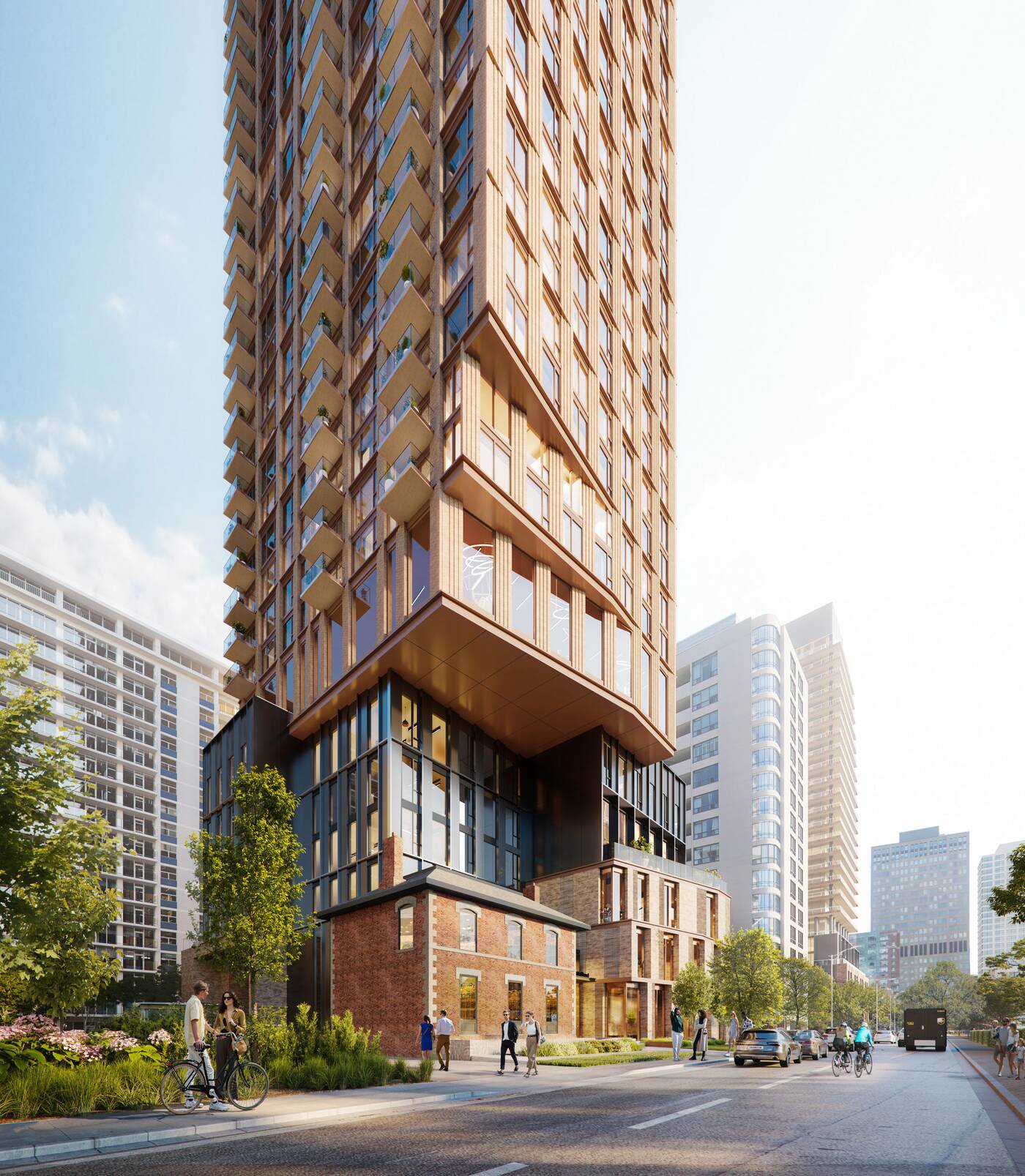 A design featuring ample use of brick plays off of the existing architectural vernacular in the neighbourhood, while standing out with a bold massing that features a prominent cantilever hanging above the preserved heritage property at street level. 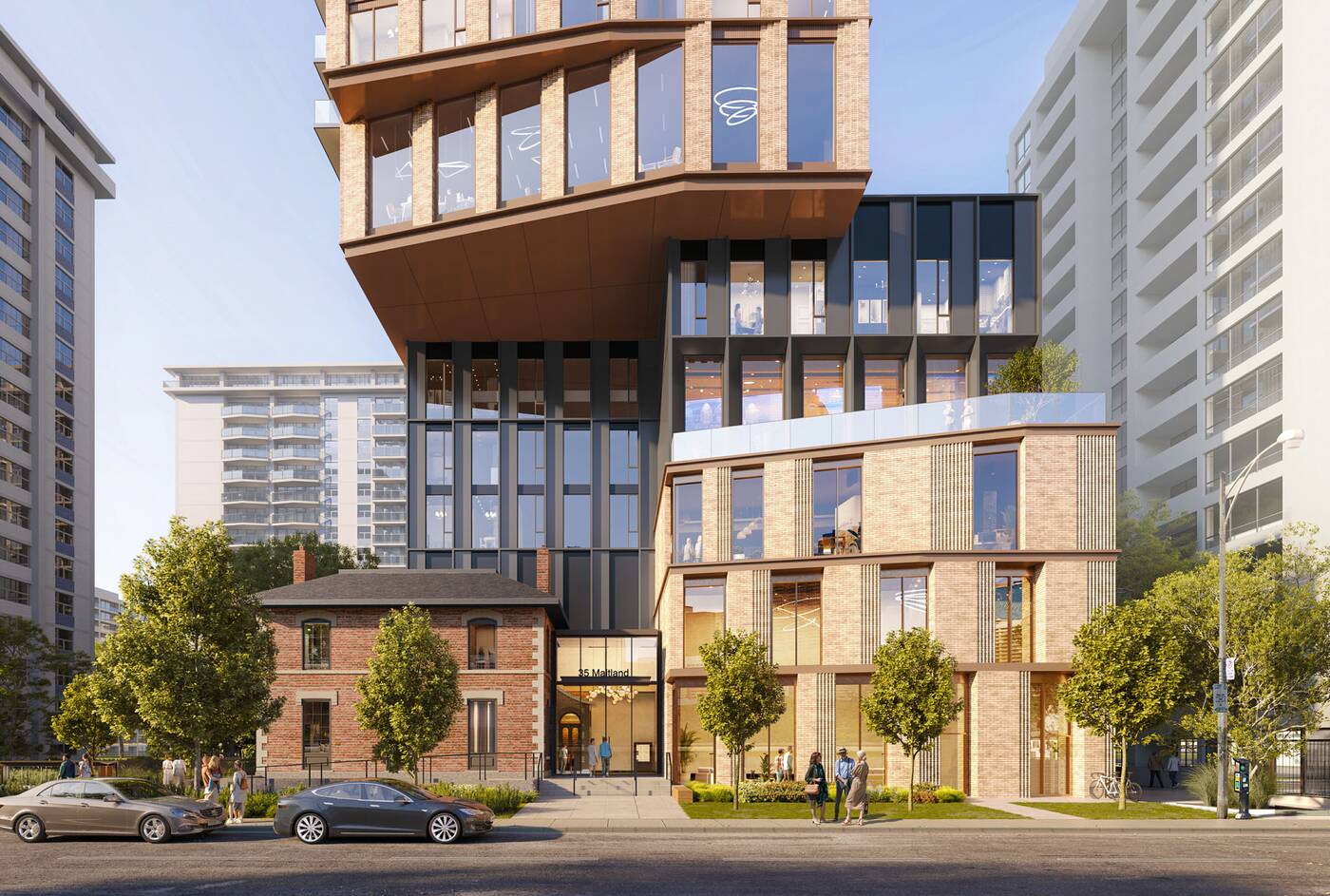 That existing building at 37 Maitland is designated under the Ontario Heritage Act, and, therefore, must be preserved and incorporated into the new building. 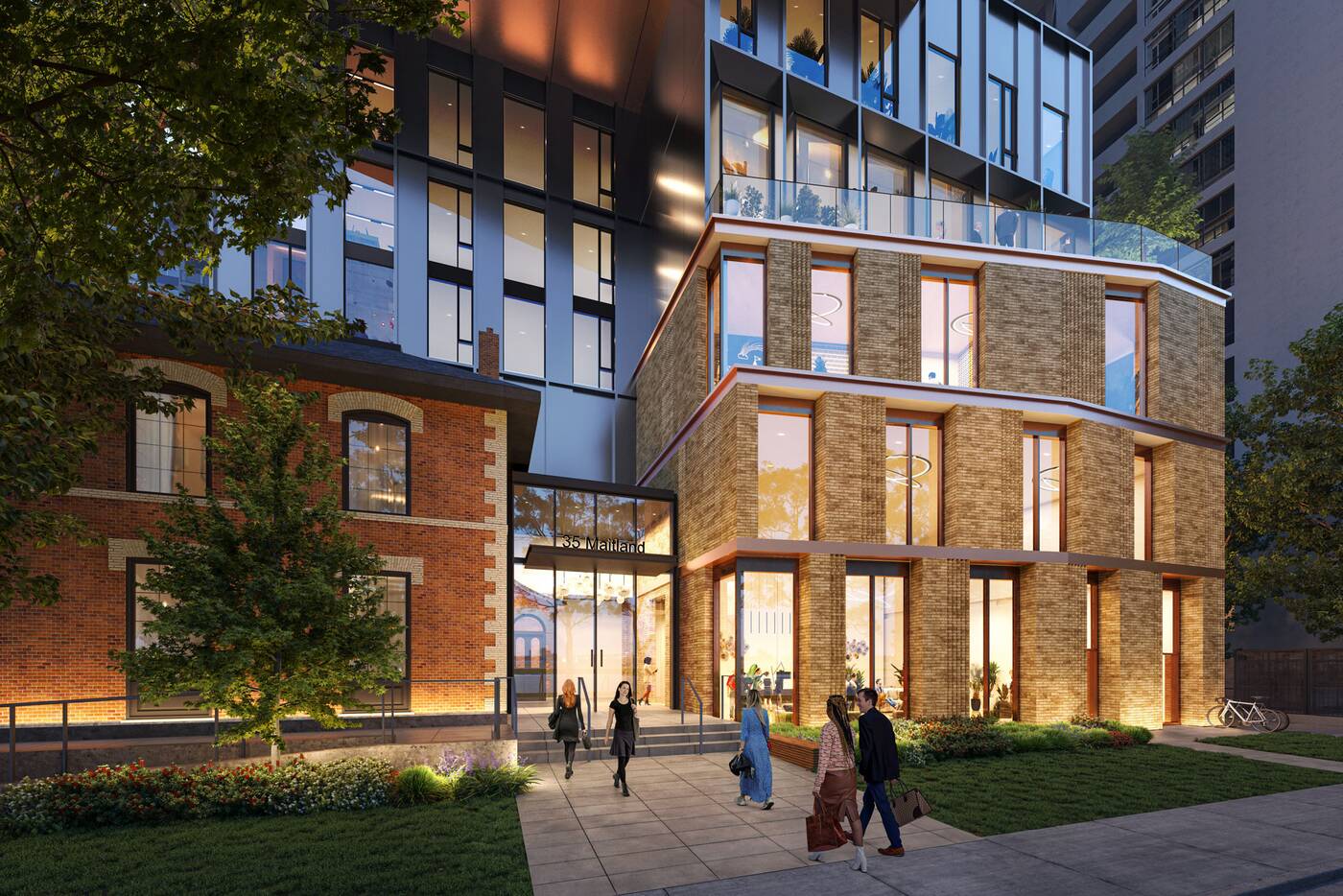 If approved, the tower would introduce 403 condominium units, along with 36 rental units, to replace existing units within the building proposed for demolition. The combined 439 units are proposed in a breakdown of 42 studios, 265 one-bedrooms, 87 two-bedrooms, and 45 three-bedroom units.

Area residents concerned about an influx of traffic in the area can rest easy, as the site would be served by a two-level underground parking garage with just 23 underground parking spaces, joining a trend of projects capitalizing on revised mandatory minimum parking requirements.

In place of cars, residents would be expected to make use of the nearby Wellesley TTC station, along with a total of 493 bicycle parking spaces.