If you're one of the many who has been eagerly awaiting the predicted fall of the ridiculously hot Canadian housing market, it seems that the slowdown has indeed begun, according to the latest figures from last month.

A new report from the Canadian Real Estate Association (CREA) shows that home sales were down again in May, both when it comes to the actual volume of transactions and, to a lesser degree, the average price of a property sold.

Across the board, the number of home sales dropped 8.6 per cent from April to May, and a whopping 21.7 per cent since the same time last year.

Meanwhile, the number of listings were actually up (by 4.5 per cent month-over-month), while the MLS Home Price Index fell 0.8 per cent.

Even with this slight drop, prices were still substantially higher nationwide in May 2022 than May 2021, but show some promise of continuing to fall given the trends of recent months — which are generally downwards since February's surge — and new, higher mortgage interest rates. 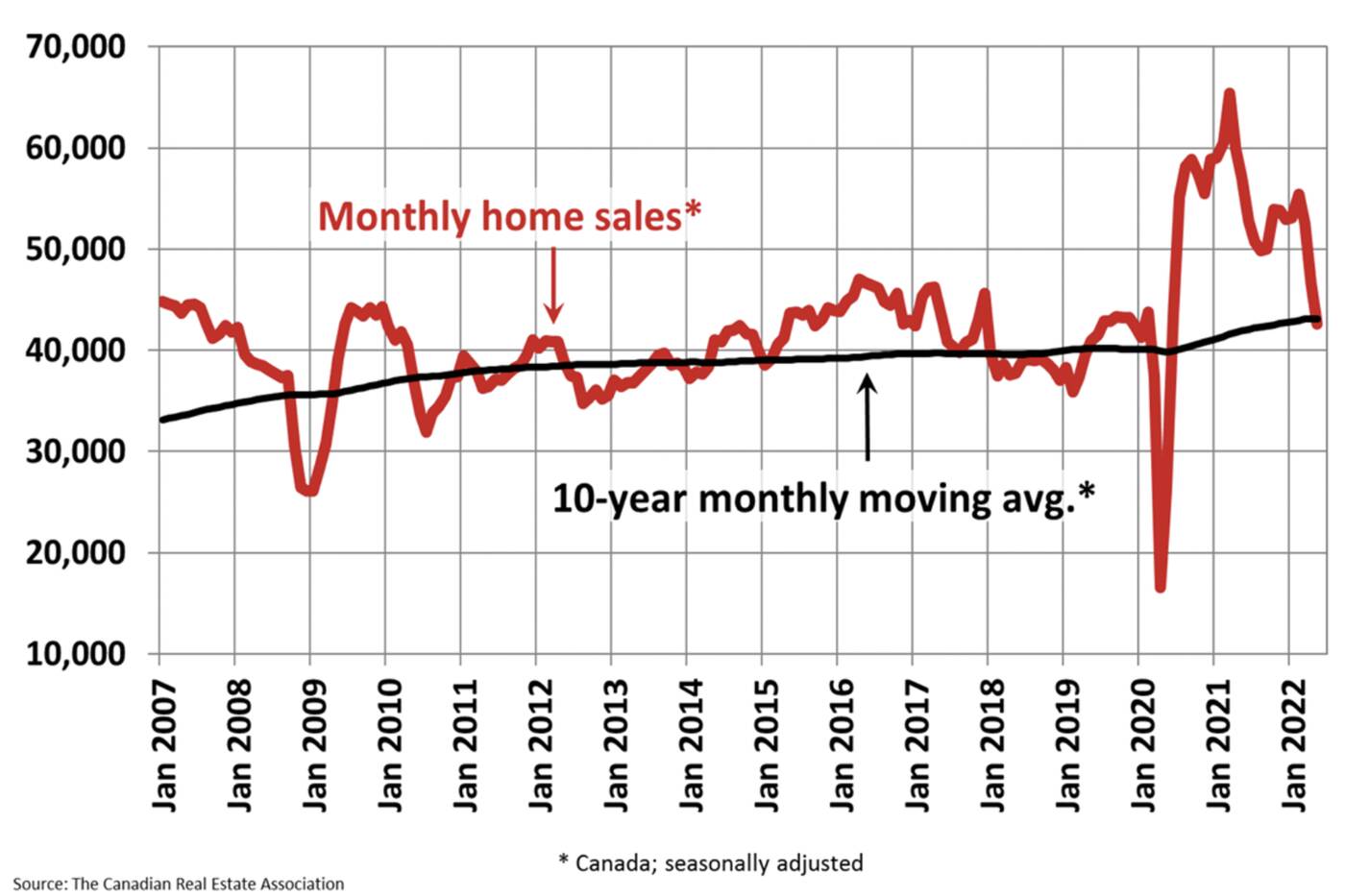 Home sales nationwide have been on a decline since a peak in February. Graph from the Canadian Real Estate Association.

The experts at the CREA say that this indicates that we are now in "a period of rapid change... that should settle to a more balanced housing market over time" — something that would-be homebuyers priced out of virtually all Ontario markets will be happy to hear.

"Ultimately this has been expected and forecast for some time – a slowdown to more normal levels of sales activity and a flattening out of prices," the report continues.

"What is surprising is how fast we got here... instead of playing out steadily over two years, that cooling off of sales and prices seems to have mostly played out over the last two months."

The CREA says that it's urban centres like Toronto and Ottawa where things have turned most drastically, with most of the nation's monthly declines taking place across Ontario, though cottage country markets continue to thrive.