This home, located in the presitgious Windfields neighbourhood near the Bridle Path, might look like it was built only a few years ago thanks to its sleek modern design, but it turns out 3 Puling Pl. was way ahead of its time.

"It was built 18 or 20 years ago for the current owners," explained realtor Cheryl Graff.

This was one of the first residential homes architect firm Hariri Pontarini designed in this area. 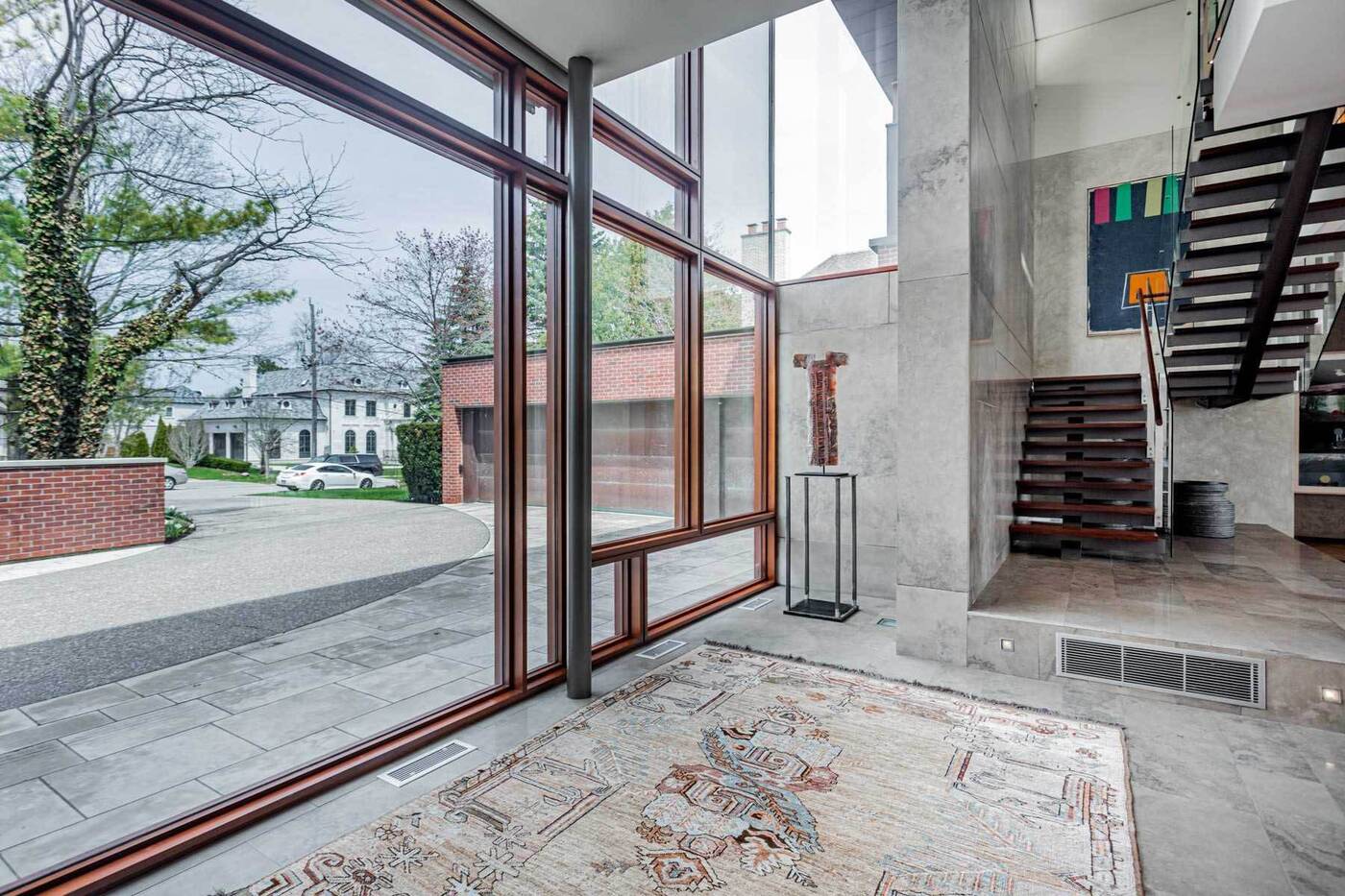 The foyer with the Wiarton limestone floors.

Since then Pontarini has gone on to design buildings such as the Shangri-La Hotel, One Bloor and many other notable Toronto landmarks. 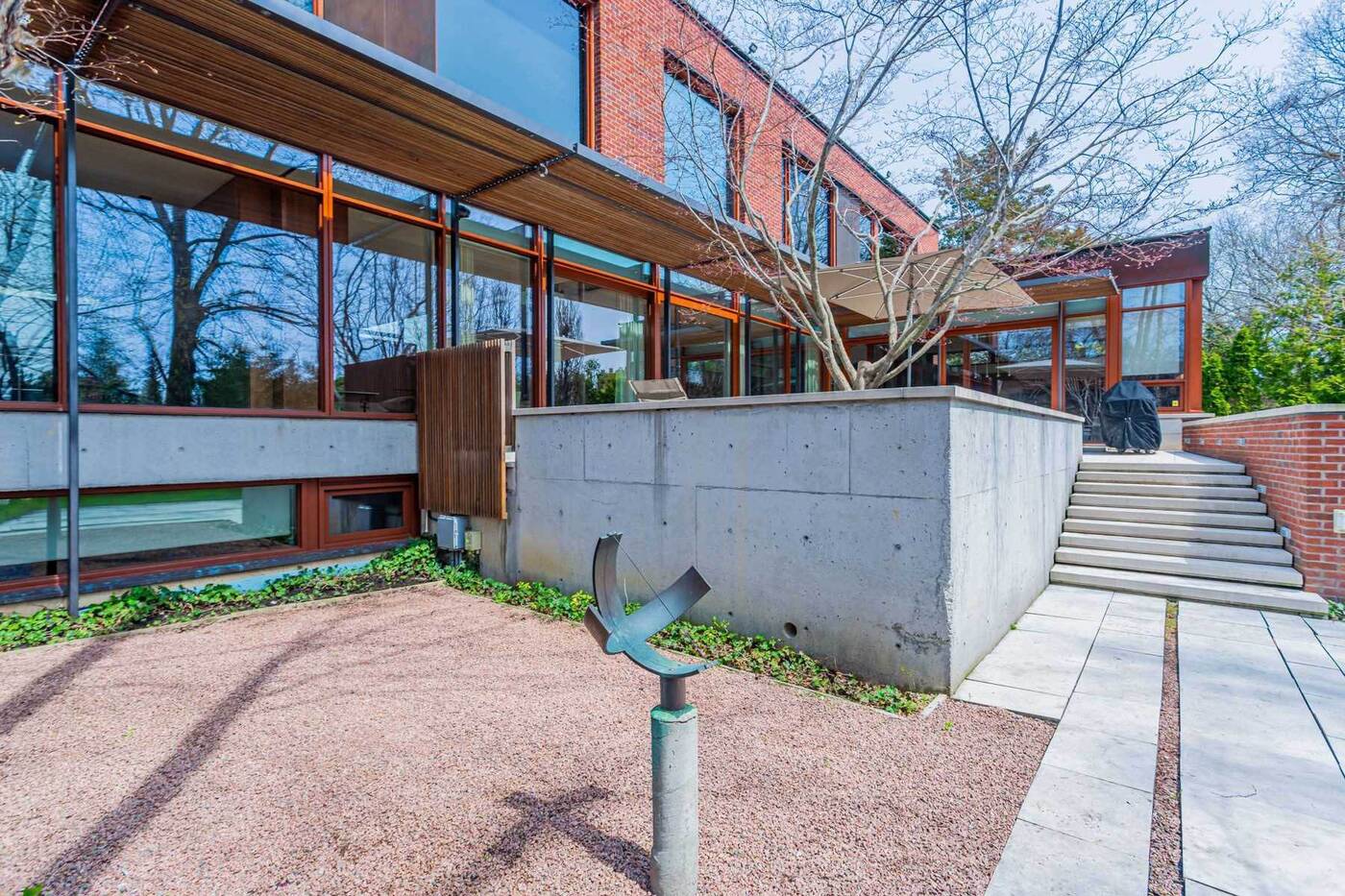 The rear of the home.

"The design of this home - if you look at the back of it - it's similar to Two St. Thomas. It's the same as this house. You'd think you're at the back of the home," Graff told blogTO. 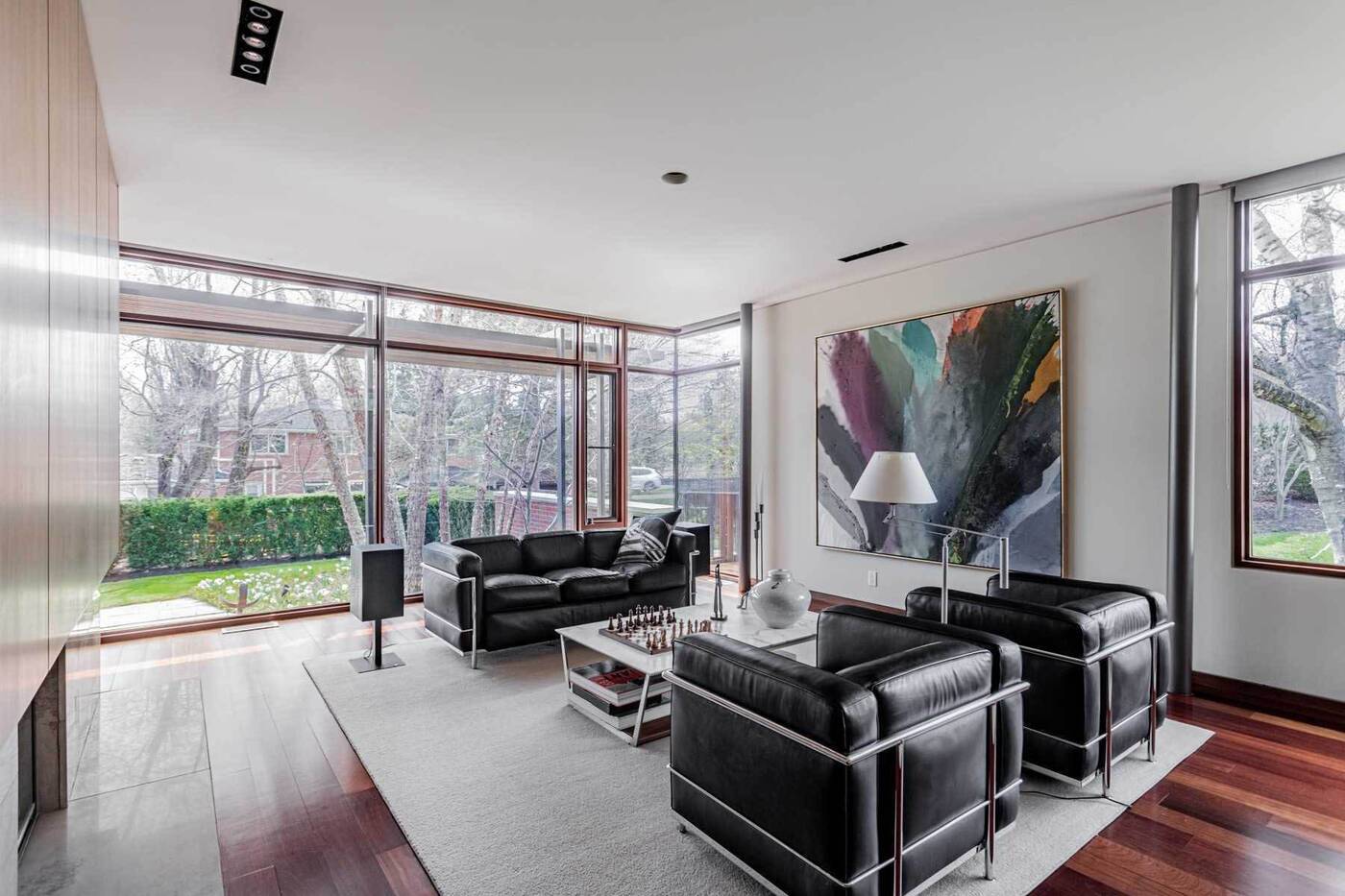 To appreciate how foreward thinking the owners were, Two St. Thomas was only completed in 2018. 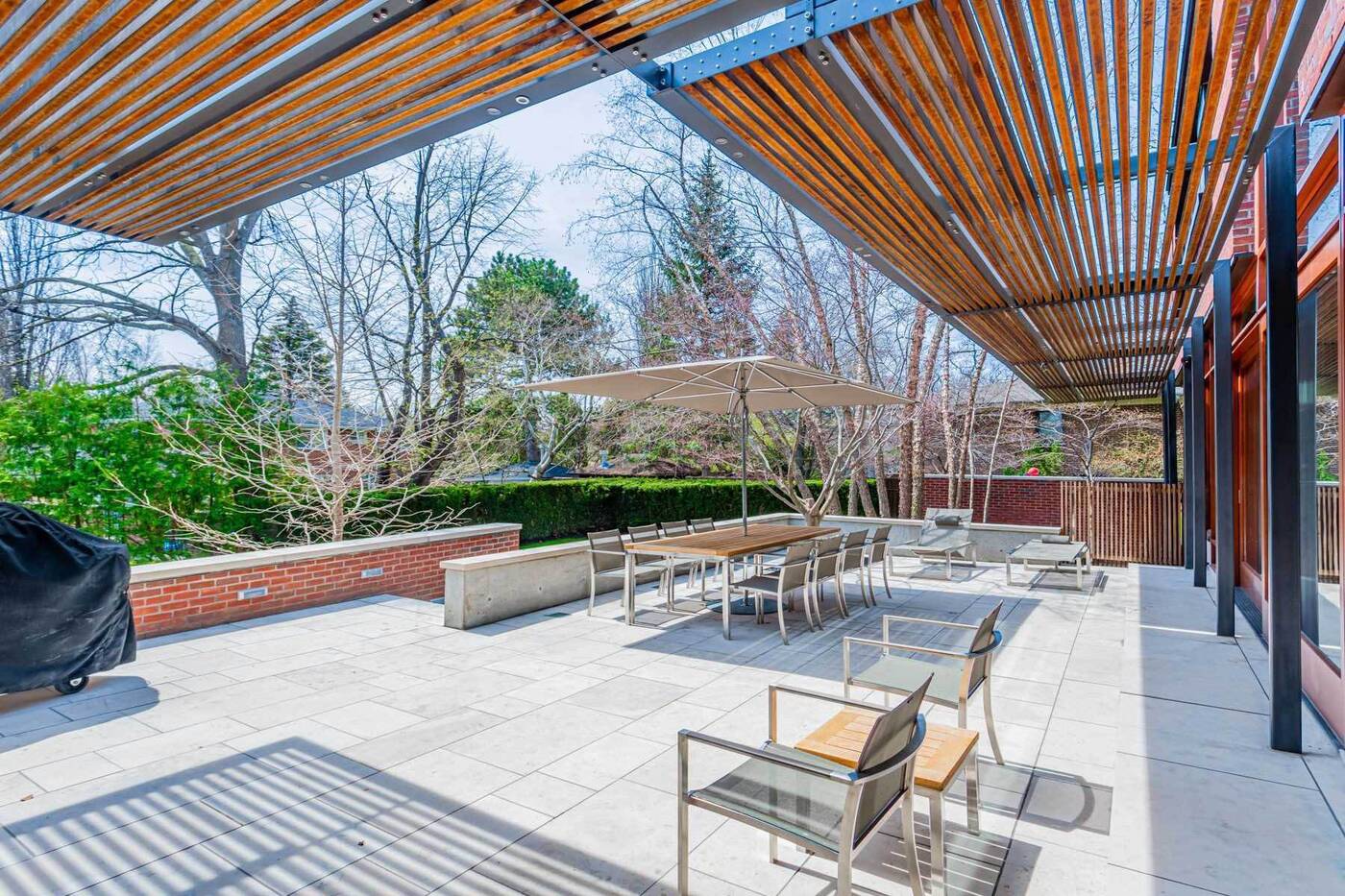 The back patio with mature trees adding a sense of privacy.

But the uniqueness doesn't just stop with the exterior, although the gardens are beautifully landscaped. 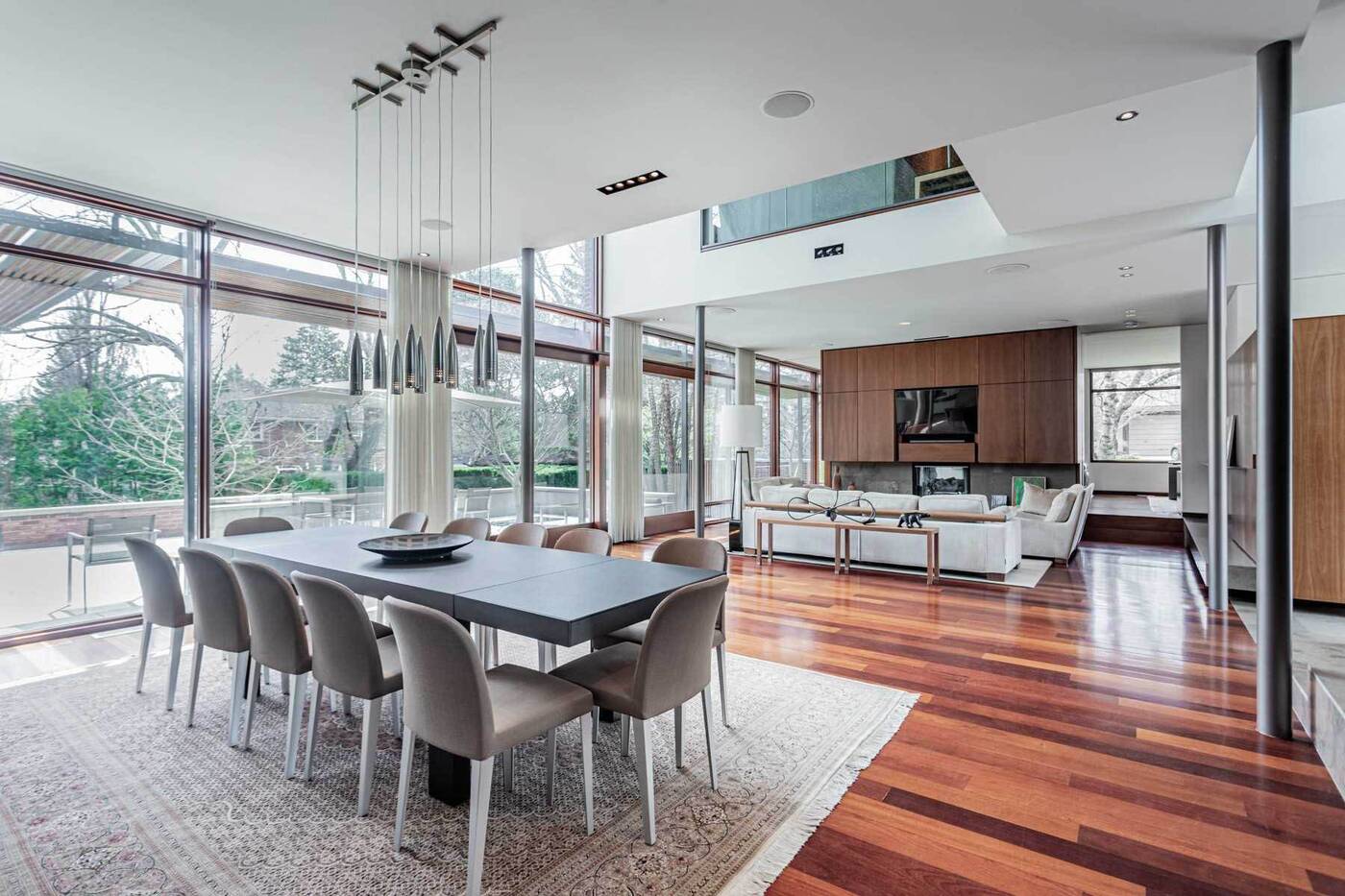 The living room has a two-way fireplace. 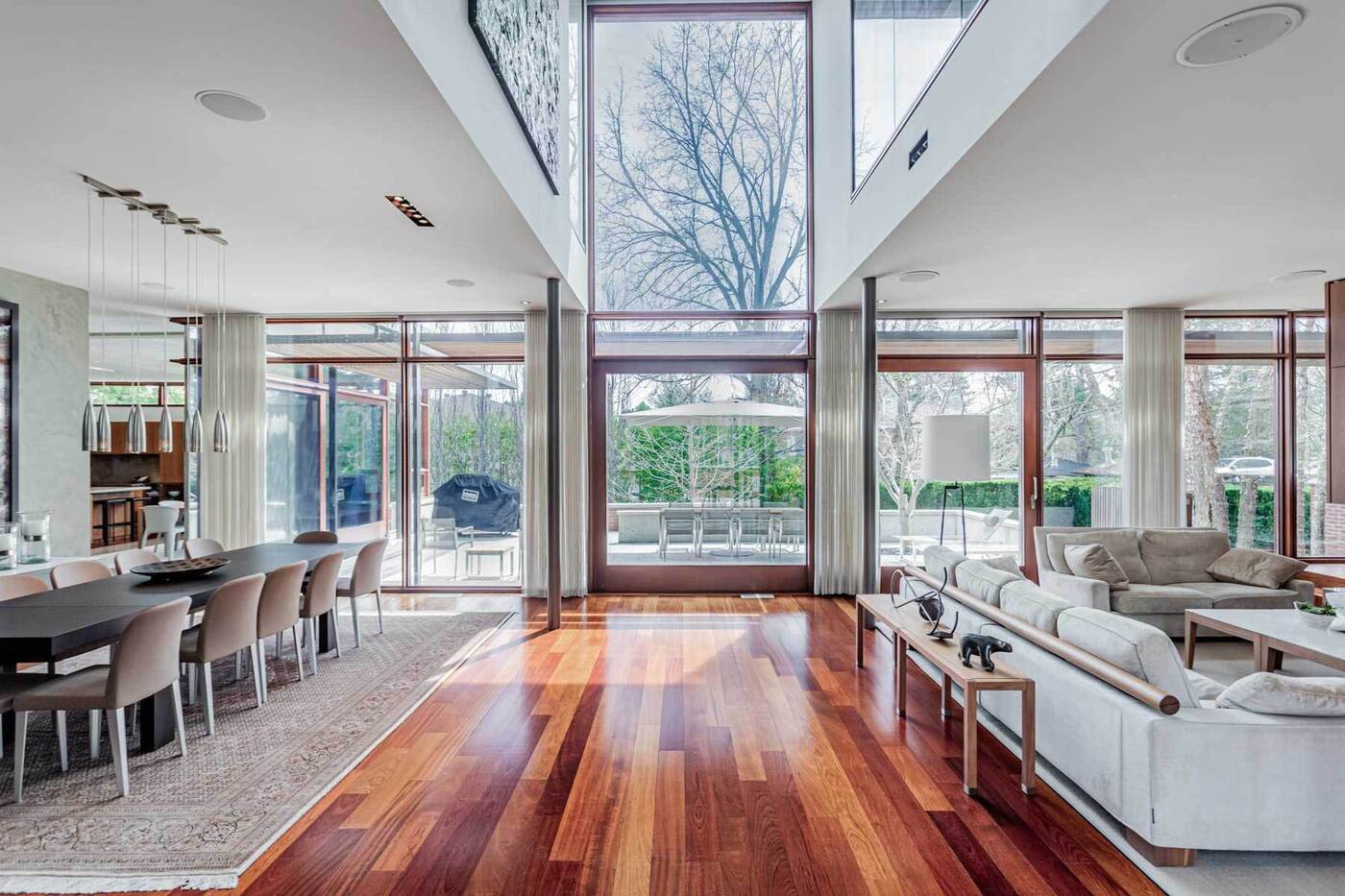 The open concept main floor with a walk-out to the back patio and soaring ceilings.

"The clerestory  windows are very unique as it allows all the natural light in," said Graff. "The day we went to list the house it was a dull day and they had no lights on and it was bright as could be." 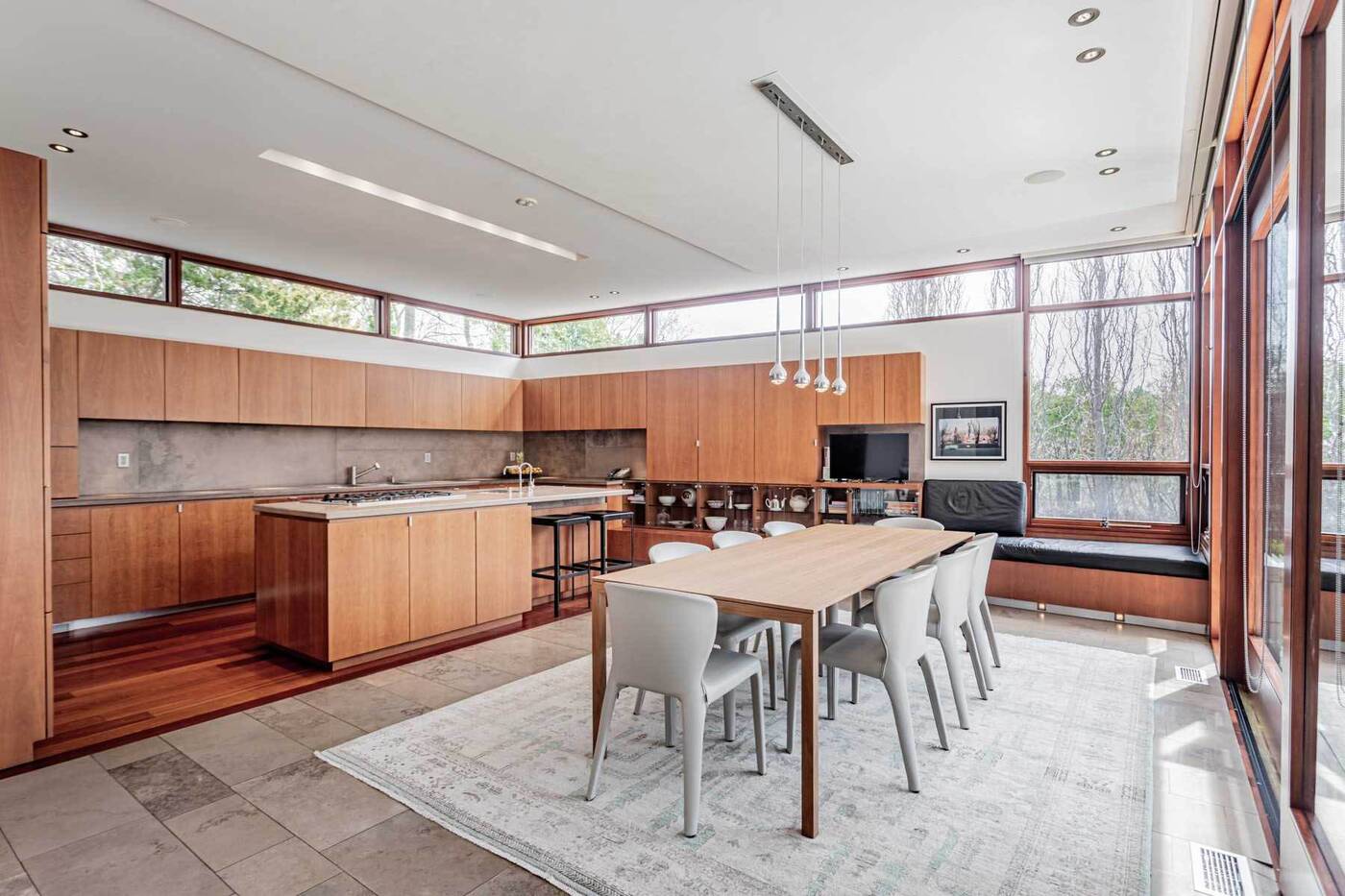 The kitchen is very mid-century modern with sleek minimalist cabinets and integrated appliances.

The open concept layout also makes the home great for entertaining, as does the addition of the prep area off the kitchen and the high-grade electrical in the garage, which Graff told blogTO has been used frequently by caterers. 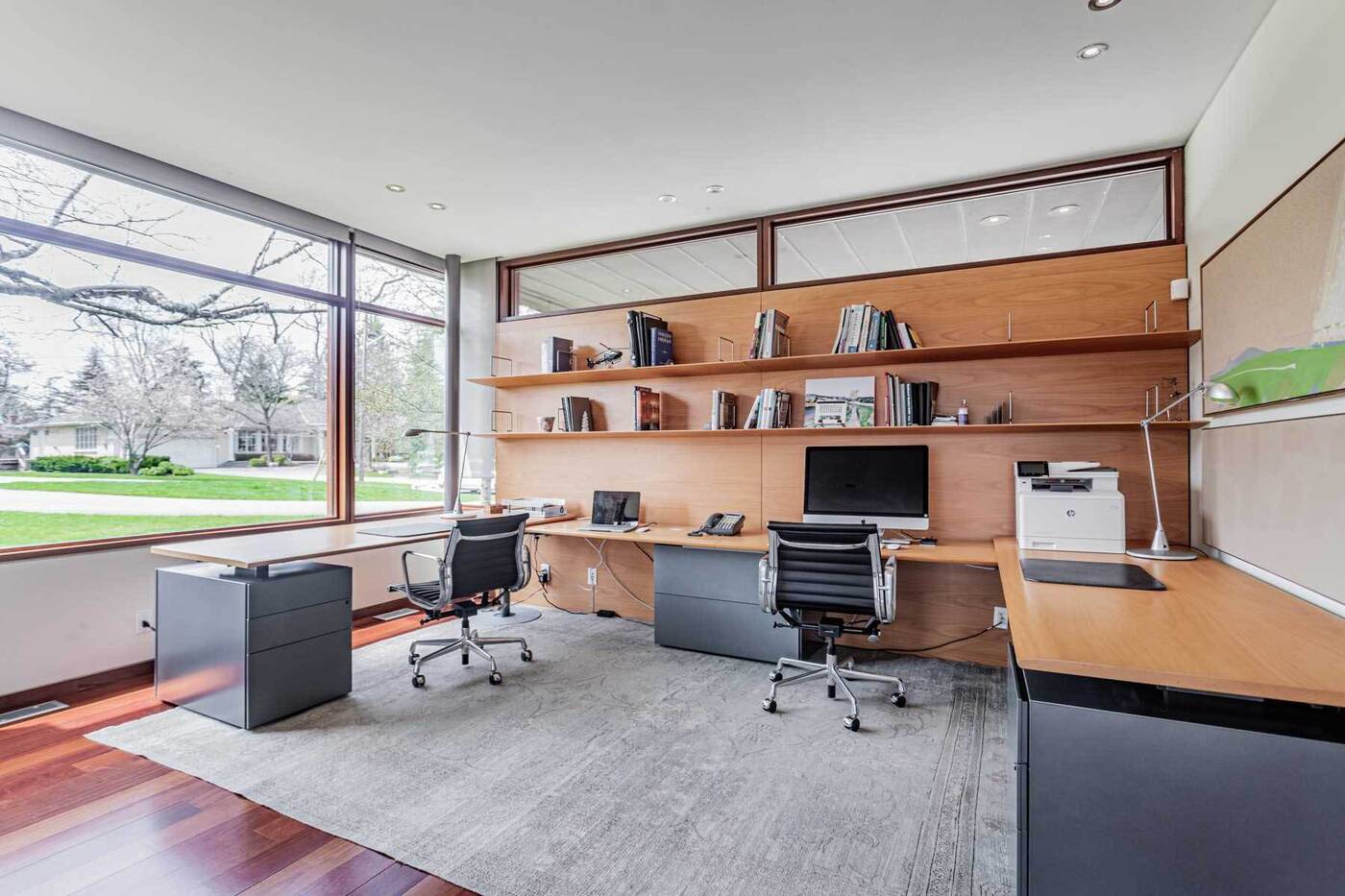 The home also has one-of-a-kind finishes throughout the house. 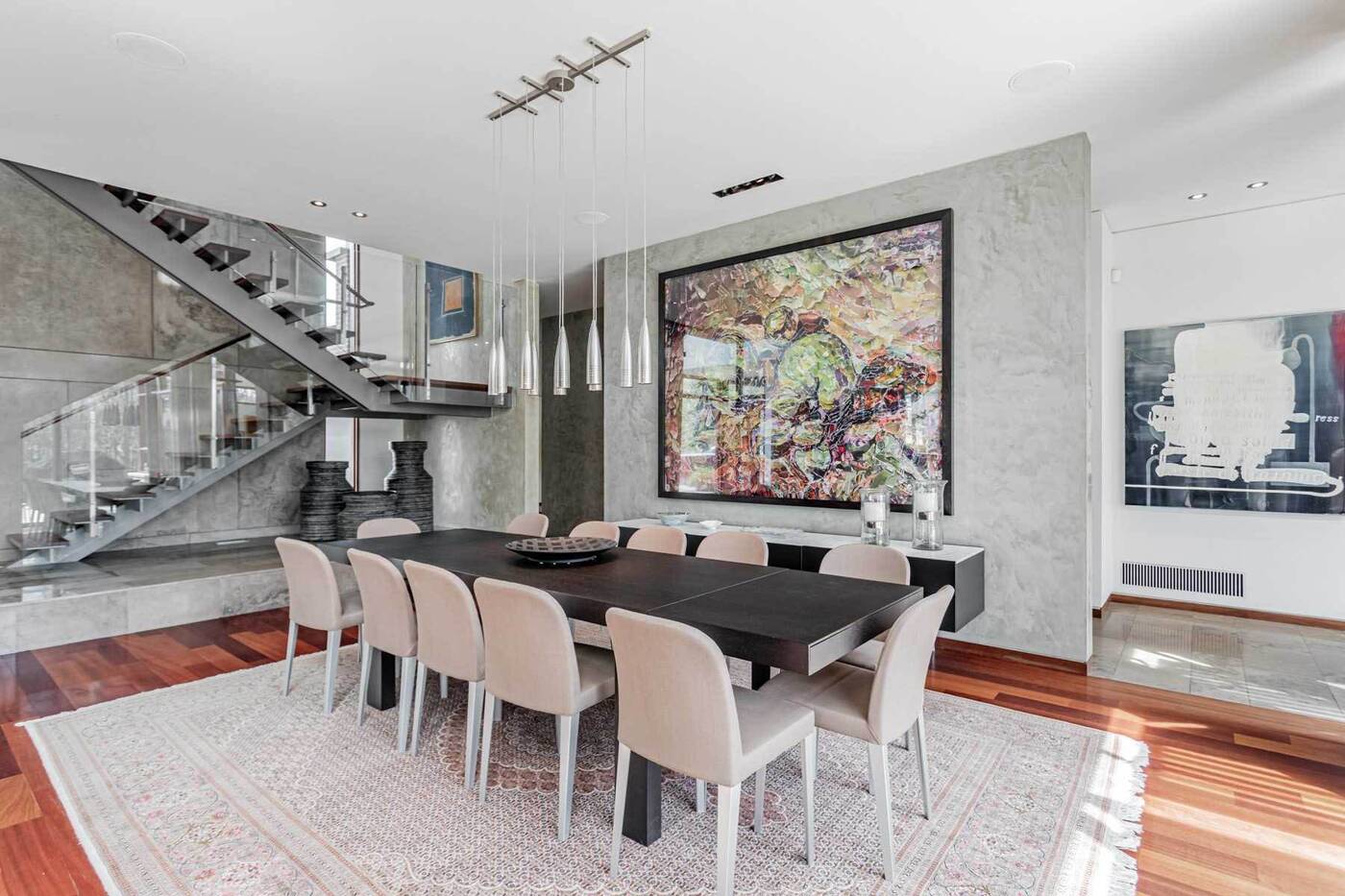 Graff points to the jatoba Brazilian cherry wood featured in many parts of the home adding a sense of warmth, as well as the Wiarton limestone. 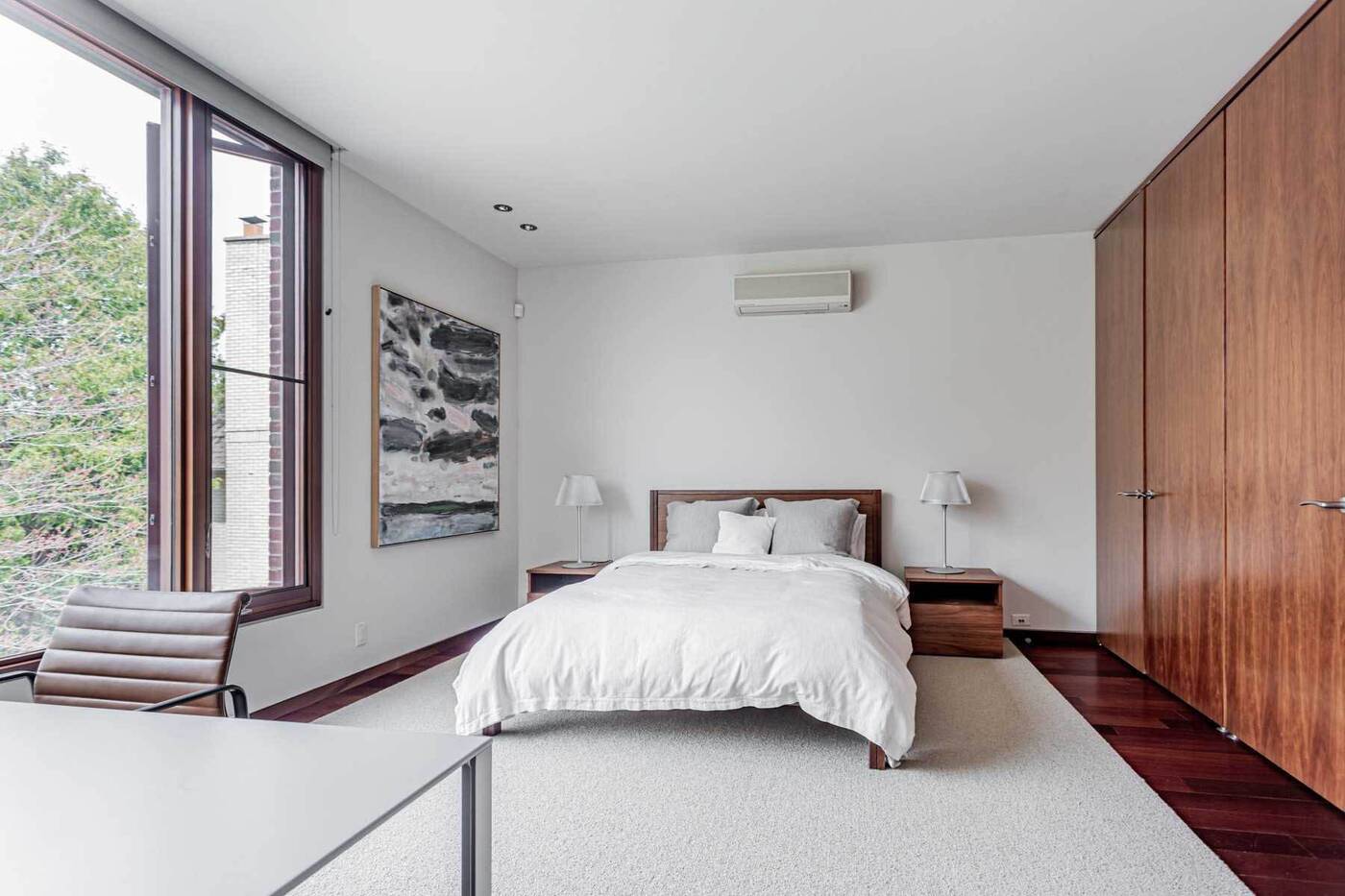 Another bedroom with a double closet.

The bedrooms are spacious and have great light. 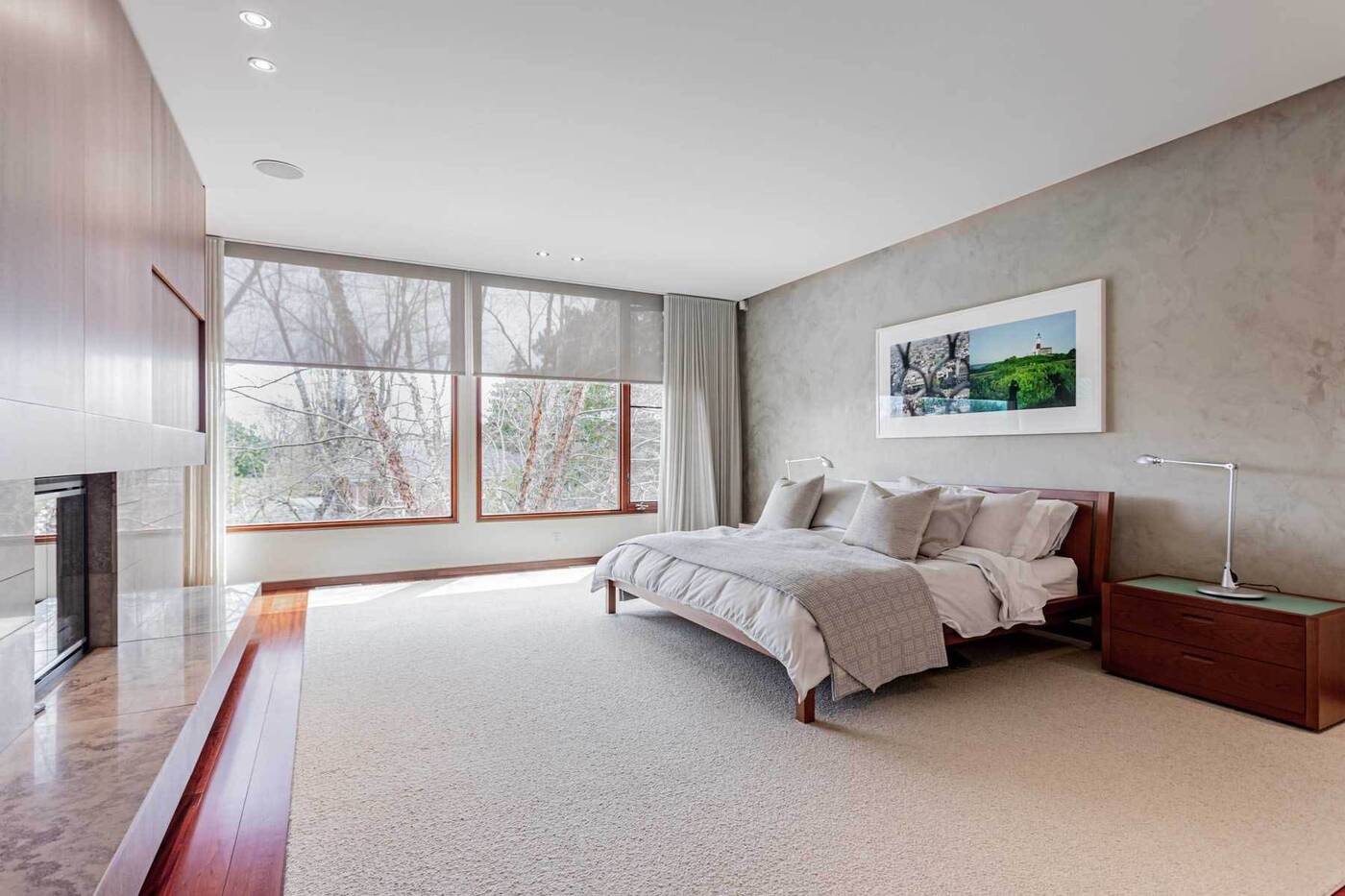 The primary bedroom has hardwood floors and a walk-in closet.

"The [primary] bedroom is like a retreat. There's a beautiful sitting area with huge glass windows that overlook the backyard," notes Graff. 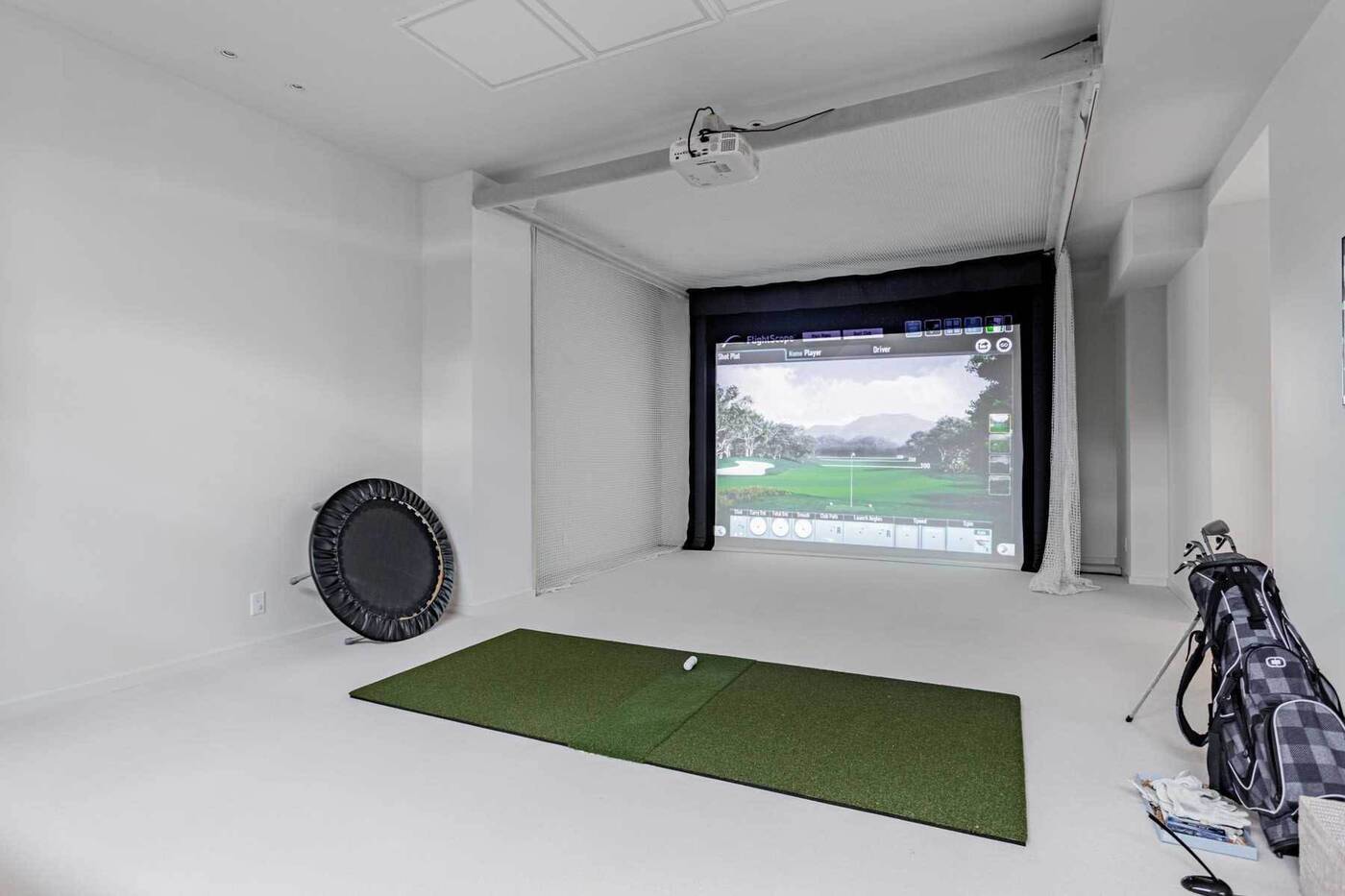 There's also a gym and extra bedroom in the basement.

And there's more room in the basement. In fact, there's so much room that there's a golf room complete with a simulator and flight tracker. 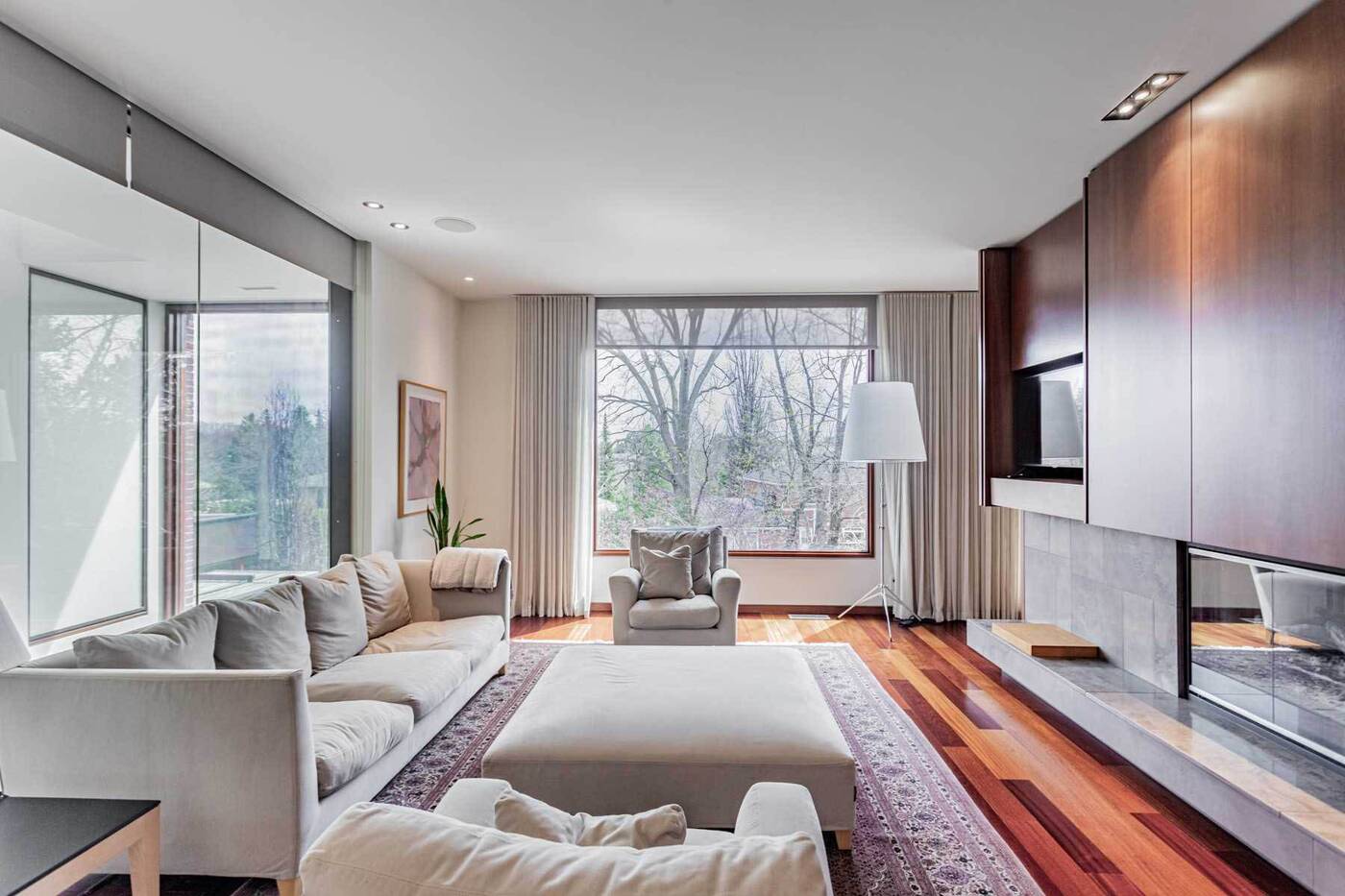 The sitting area in the primary bedroom with a two-way fireplace. 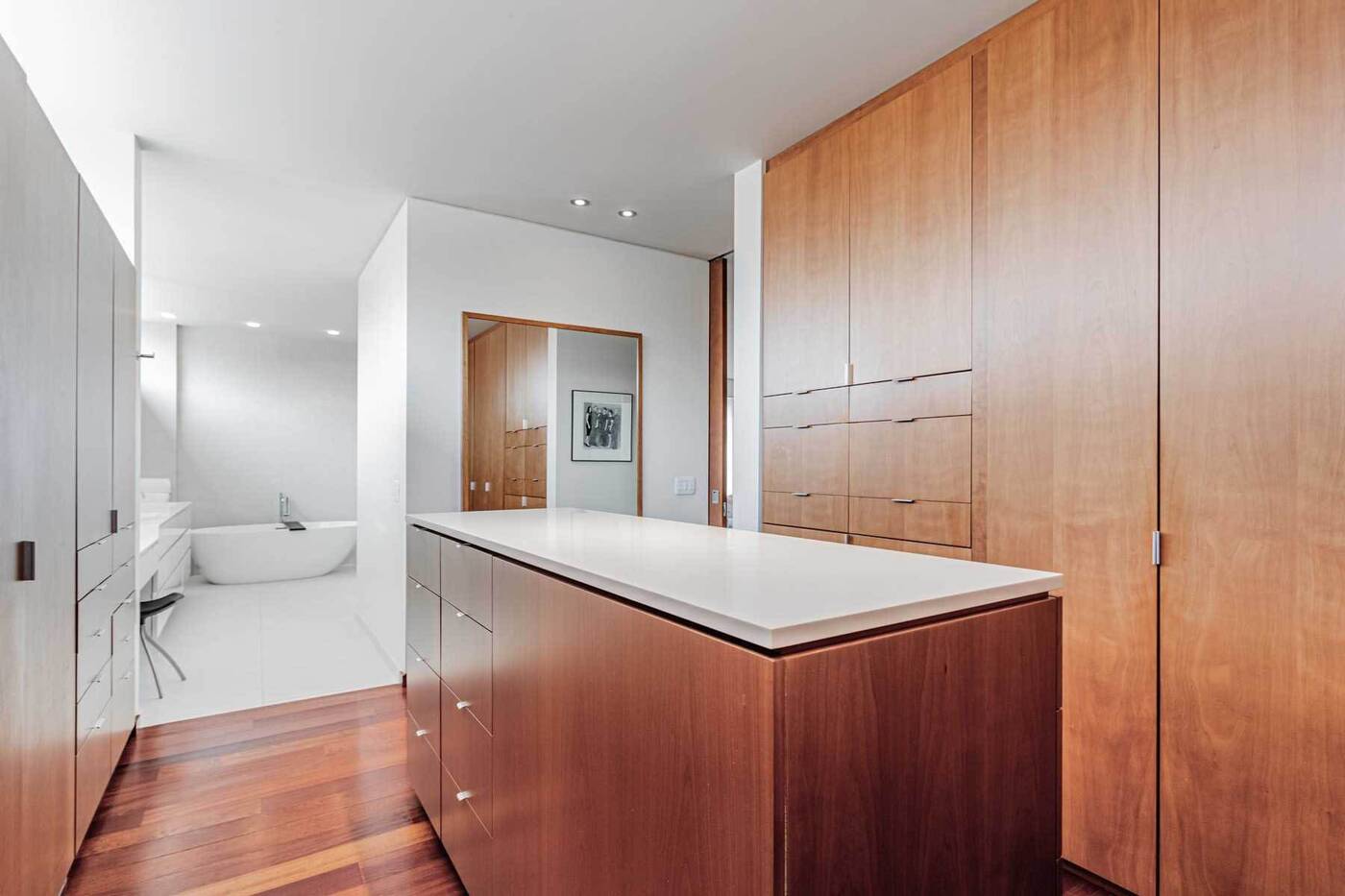 "You need a PhD to understand what's going on there," jokes Graff. 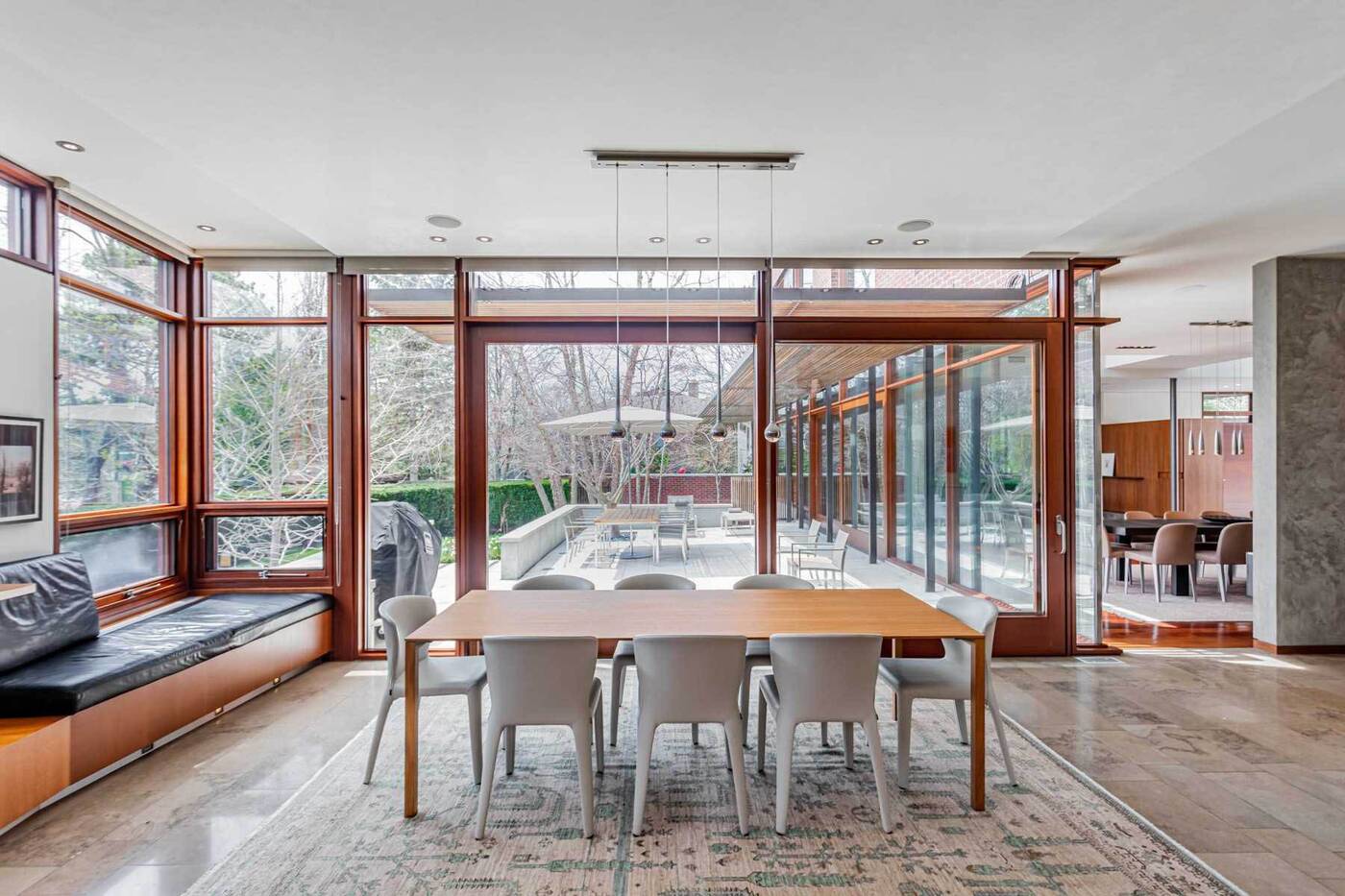 The eat-in kitchen area walks-out to the back patio.