A beloved boutique hotel known for its quirky room designs and ground-floor restaurant is the latest bit of Toronto culture threatened to be replaced with a high-flying condo tower.

A new development application is revealing plans for a glitzy new condominium development that would require the demolition of The Anndore House hotel and restaurant Constantine at 15 Charles Street East.

The redevelopment plans would also bring about the end of Ehwa Restaurant at 16 Isabella Street, though this portion of the site would be used to create new parkland south of the proposed tower.

None of the property owners involved or businesses on the chopping block have responded to blogTO's requests for comment at this time. 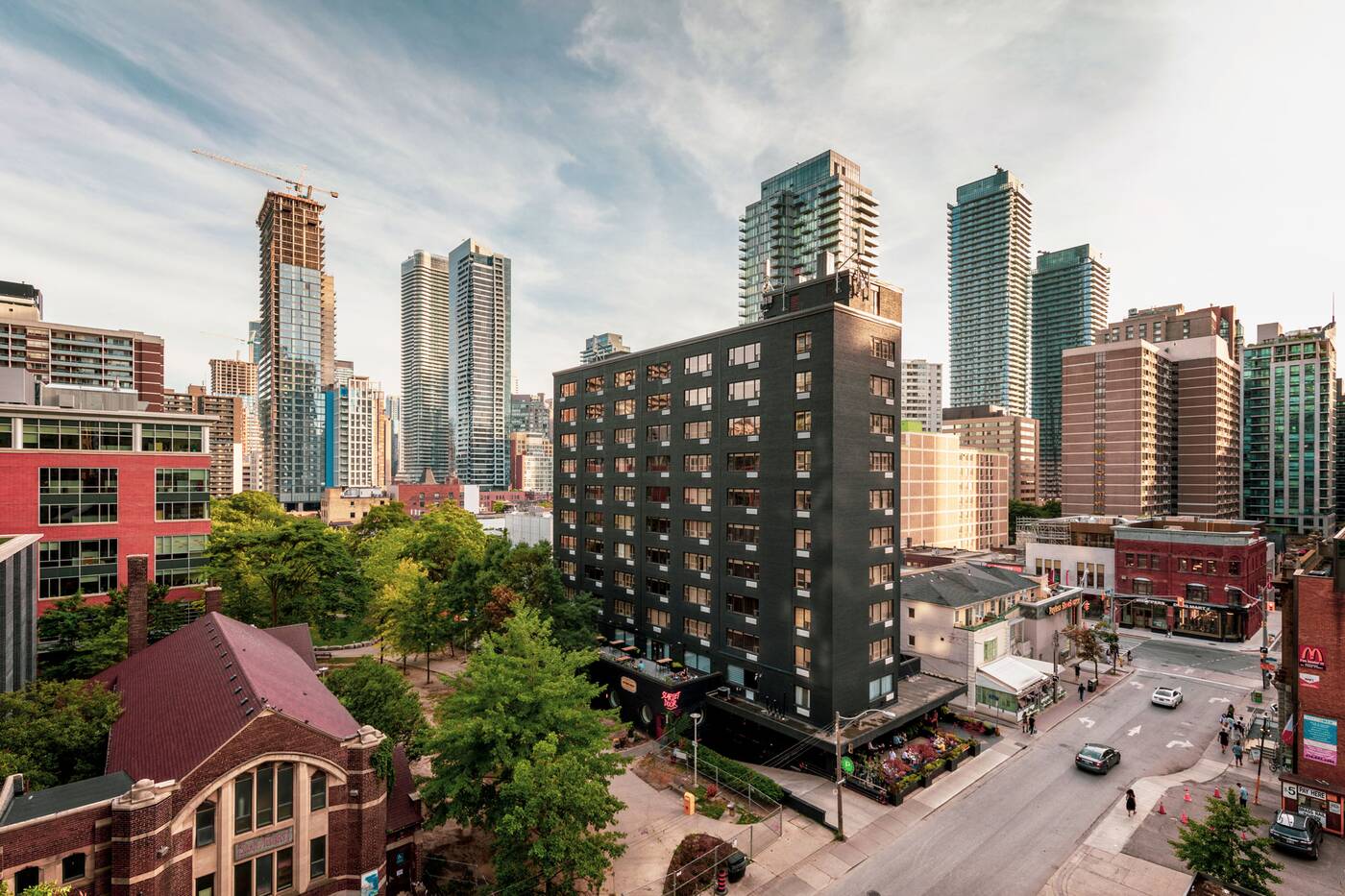 Proposed by owners Silver Hotel Group and Republic Developments, the plan calls for the teardown of the existing 11-storey hotel building, built in the 1950s as the Anndore Hotel & Apartments and more recently operating as a Comfort Inn before taking on a coat of black paint and its current identity in 2018.

In the hotel building's place, the proposal seeks approval to build a stunning new 54-storey condo tower designed by architects IBI Group. Copper-coloured finishes and a unique profile with a rounded roofline set this proposal apart from other boxy towers in the area, promising a standout bookend to the skyscraper canyon that has emerged along Charles Street East in recent years. 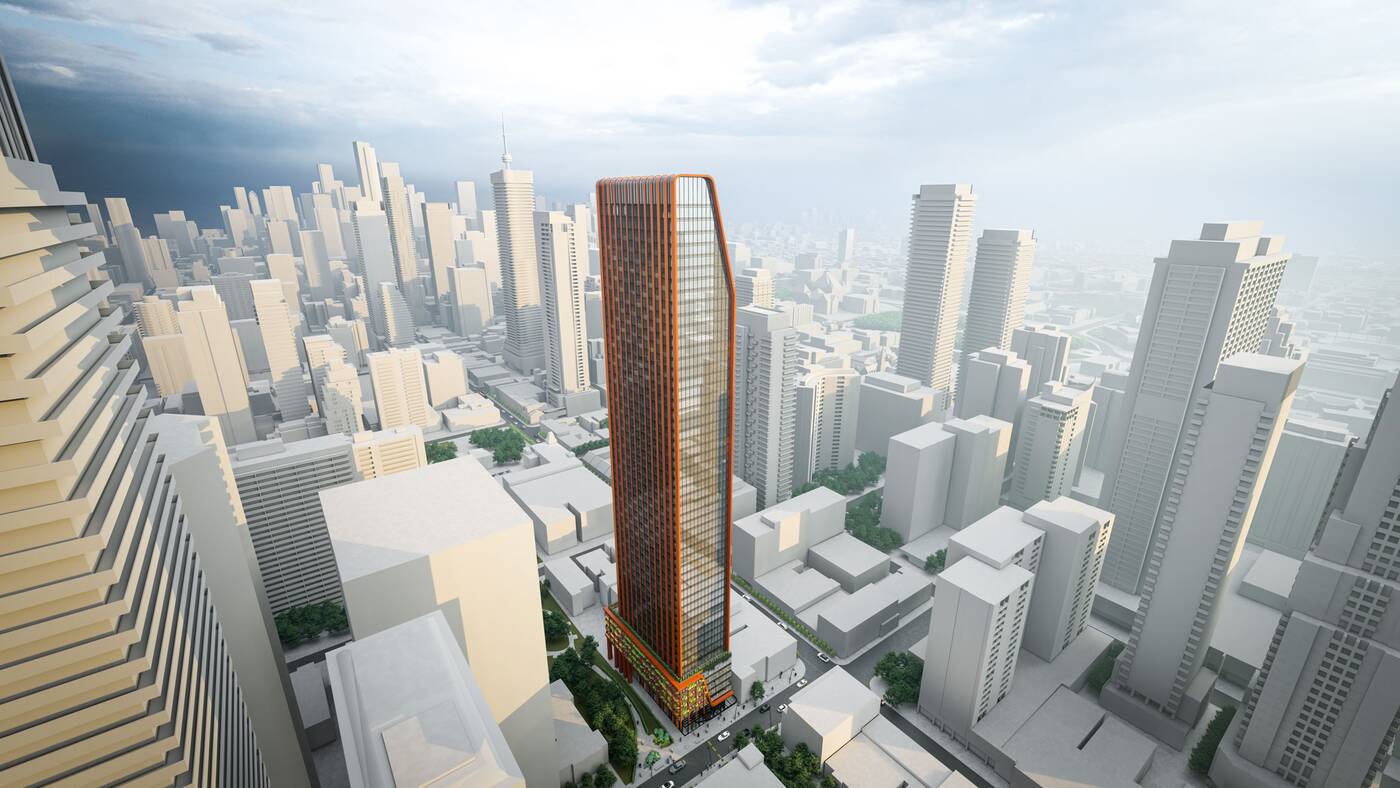 Starting at the 48th floor, the tower's upper levels taper away from Yonge Street, a direct response to city requirements for building facades to fall within a 75-degree angular plane extending from the major thoroughfare below.

If that tapered shape looks familiar, it's because it is the exact same approach used to resolve the upper floors of a similar condo tower under construction a few blocks to the south at 8 Wellesley. 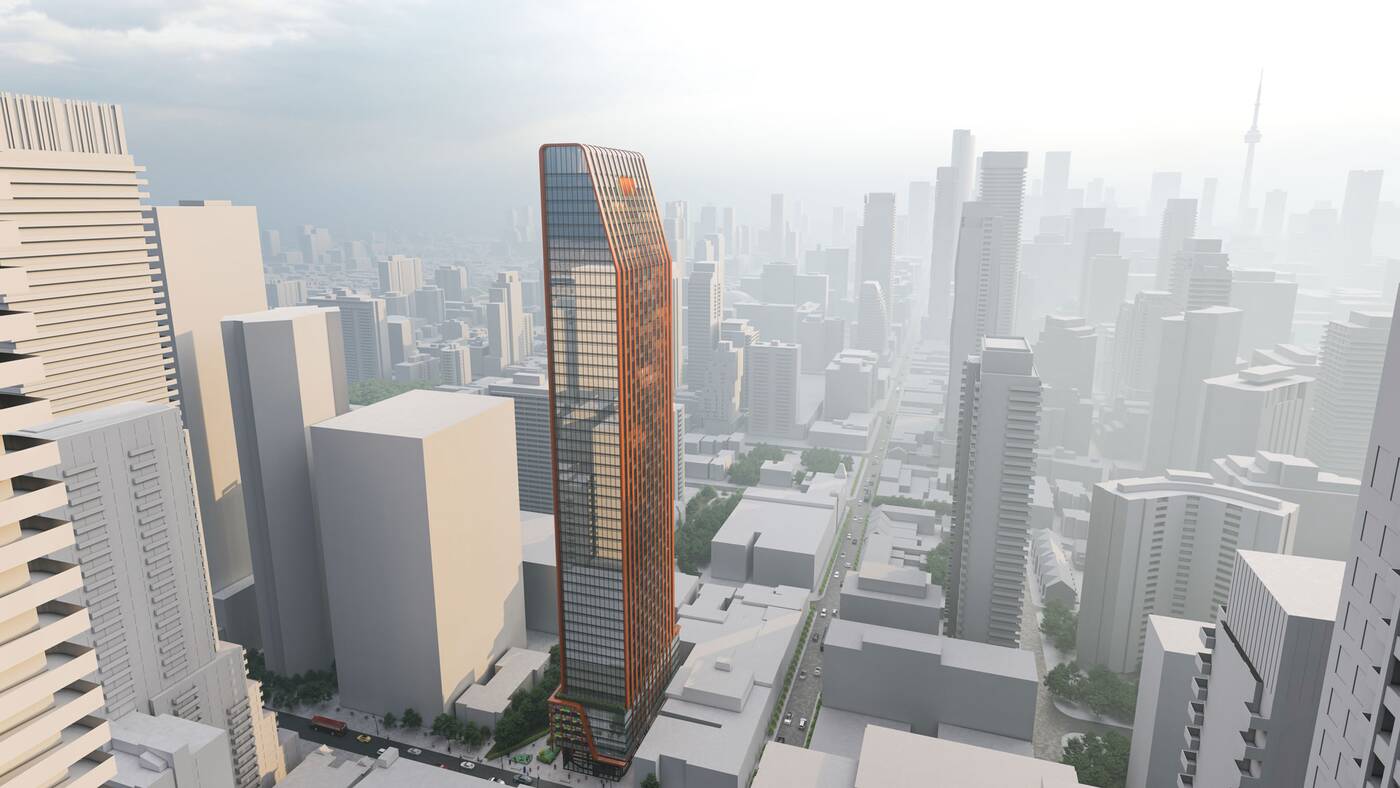 And you can expect many more similar designs to follow in the coming years as developers and architects are forced to conform to these restrictive design policies.

In defence of these rules, such policies are designed to help maintain the existing character of Yonge, and similar guidelines helped shape the tiered "wedding cake" skyscrapers of early 20th-century Manhattan.

A 54th-floor penthouse unit hinted in renderings and architectural drawings would be a soaring three-bedroom unit occupying the entire floor, offering one exclusive buyer a massive suite with its own private elevator entrance and a terrace that stands out in renderings of the tower's west facade.

This is only one of the 549 condo units planned to fill out the tower, though most will be much smaller than the lavish penthouse occupying the crown. The unit breakdown includes a pair of studios, 390 one-bedrooms, 98 two-bedrooms, and 59 three-bedroom units.

Though it may not be enough space to replace the beloved Constantine restaurant, the ground level would feature a small retail component measuring 146 square metres. 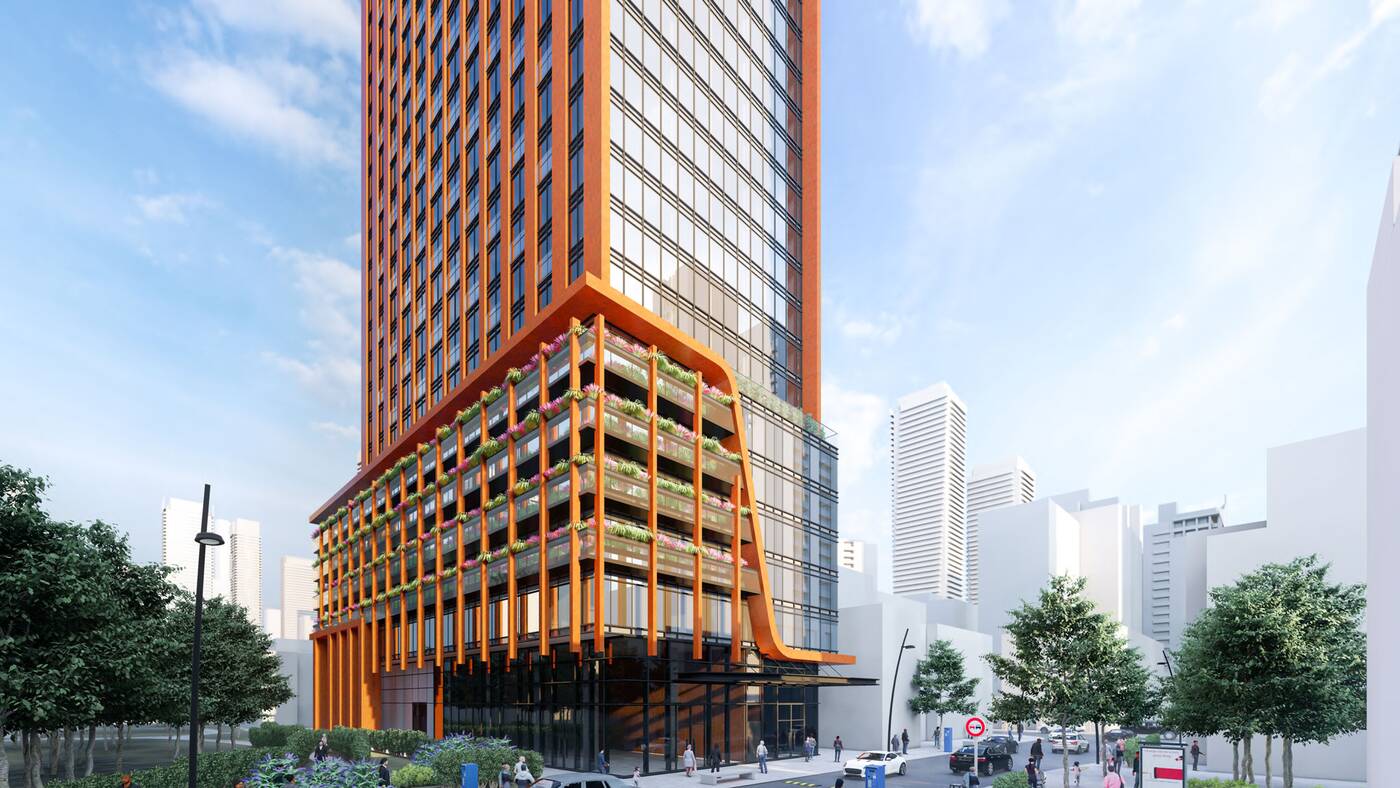 The tower would rise from a seven-storey base. Rendering by IBI Group.

The neighbourhood would lose a pair of restaurants and a hotel that has attracted a trendy crowd since opening just a few years ago, though the current site of Ehwa Restaurant at 16 Isabella Street would be cleared for a 150 square-metre public parkland dedication, extending the existing George Hislop Park as a benefit to the surrounding community.