Toronto is getting a 55-storey tower with a huge lightbox

A new condo building proposed to go up at the extremely central location at the corner of Yonge and Wellesley Streets is in the final stages of Toronto's planning process, and new renderings of the project show a massive tower with impressive features.

The project, called 8 Wellesley Residences At Yonge, is being developed by CentreCourt (the self-proclaimed "most active builder in the GTA") and BAZIS, and it's set to stand 55 storeys-tall.

New renderings of the downtown development show a large, prominent lightbox on the eastern facade of the building that would sparkle when hit by sunlight — an eye-catching feature in a downtown neighbourhood still filled with many older buildings.

The renderings also show a tower with a sloped exterior on one side, representing yet another unique design element.

Other artist renderings, designed by IBI Group, offer glimpses inside the proposed development, with one photo showing the unparalleled views the location and height of the tower would provide to residents. 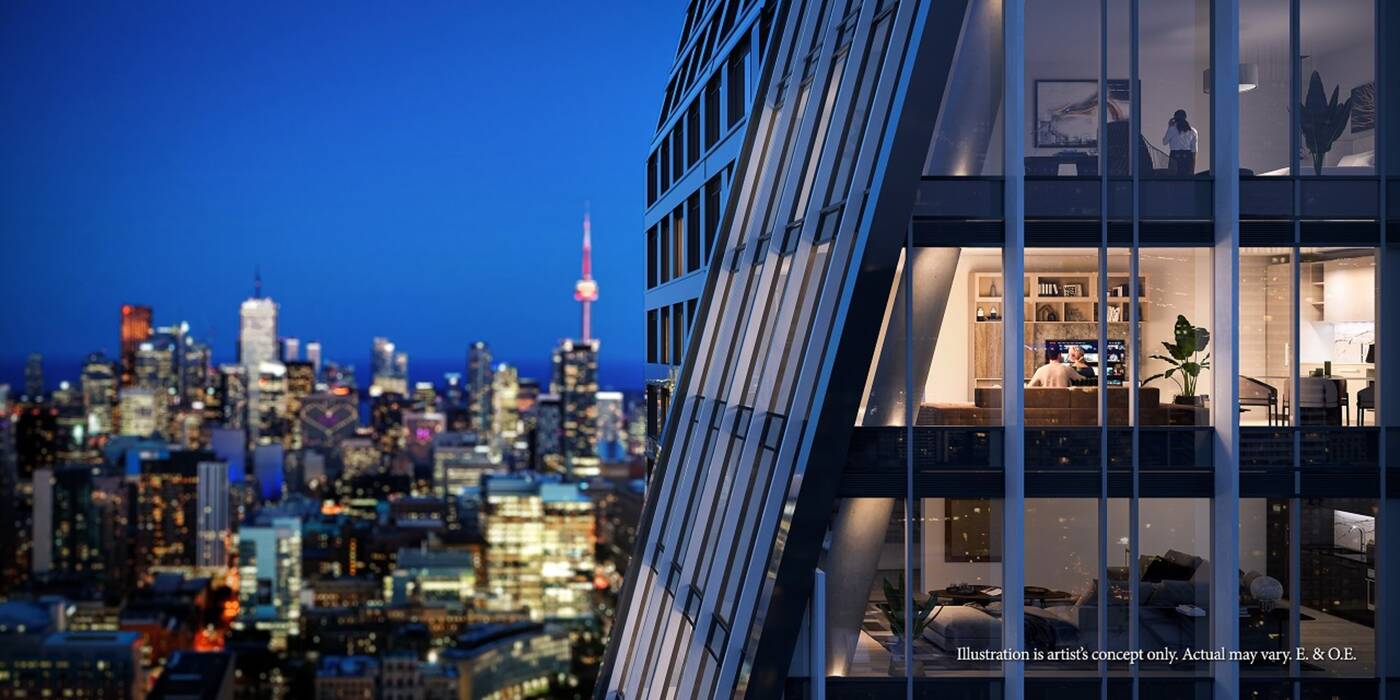 A rendering of the interior of some of the units.

Another meanwhile shows the interior of the lobby, and it includes a swanky chandelier, piano and upscale furniture. 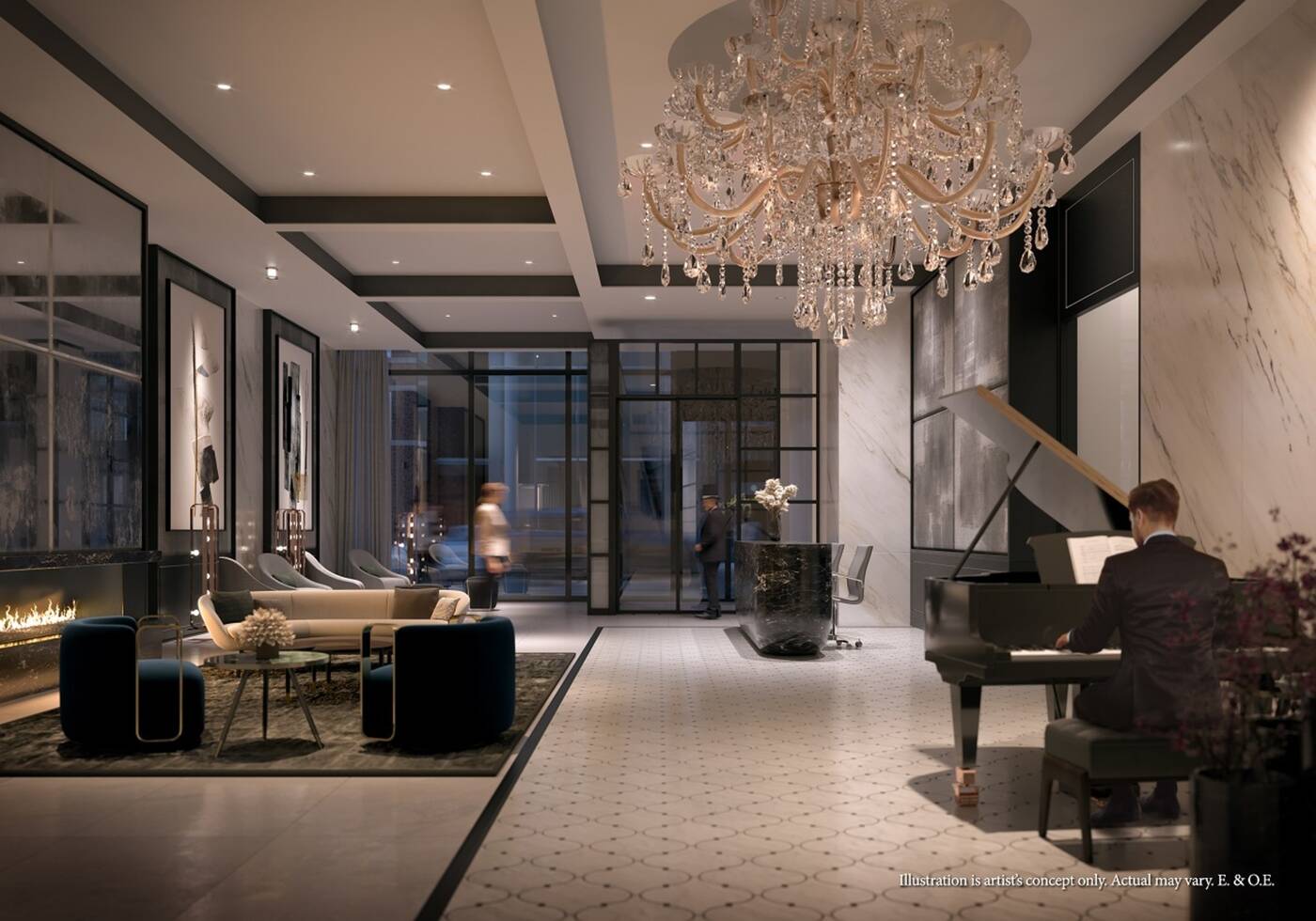 A rendering of the lobby.

Condo units ranging from studios to three-bedrooms at 8 Wellesley Residences At Yonge are set to go on sale in 2021, with a total of 599 homes up for grabs. 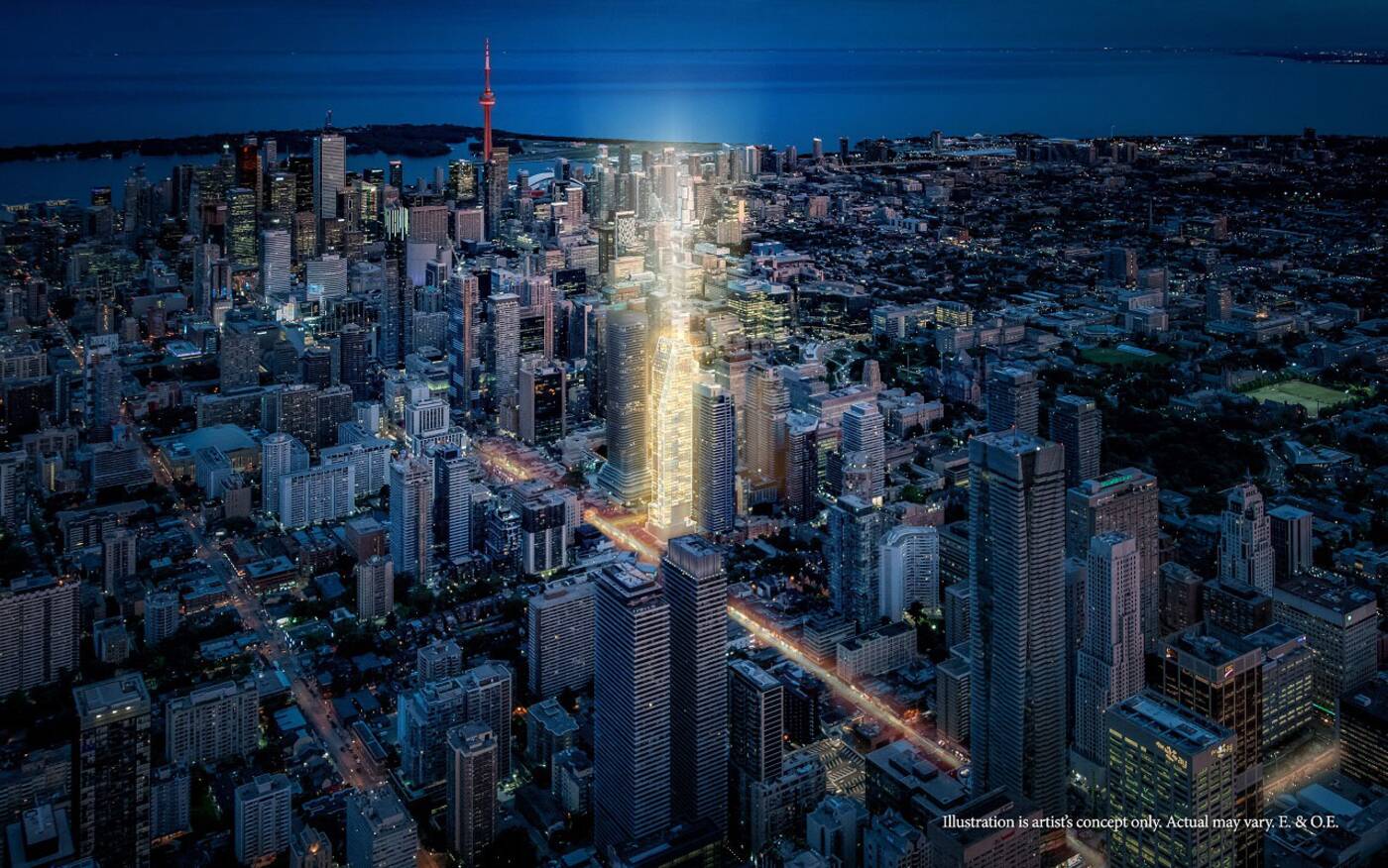 The new building slated for the intersection of Yonge and Wellesley will be in a prime location right in the heart of the city, and, according to CentreCourt, "only 2% of condo launches in the GTA feature a downtown Yonge Street location."