With Canadian metropolitan hubs like Toronto continuing to bring new meaning to the word "unaffordable," more and more people are picking up and moving elsewhere in the country, whether out of choice or sheer necessity.

Lockdowns really kicked off the urban exodus, with residents able to work remotely relocating to more space for cheaper elsewhere in the province, perhaps even falling in love with the quieter lifestyle in the process.

But what began as a pattern of some home buyers and renters migrating to smaller Ontario towns has shifted to include farther moves to other provinces where the living is certainly cheaper, if not easier in general.

Torontonians and Montrealers have become Vancouverites and Haligonians, moving thousands of kilometres away to escape the pressure of having to earn $205,342 per year to mortgage a representative home.

And with Toronto and Vancouver prices only continuing to skyrocket, the trend is set to grow in popularity, according from the latest Housing Market Outlook from RE/MAX.

The experts at the real estate giant predict prices across Canada to climb in the year to come — by 9.2 per cent, on average — which in some locales will be largely driven by newcomers from other parts of the country.

And it's spreading, with some of the highest price increases nationwide expected in Atlantic Canada next year. 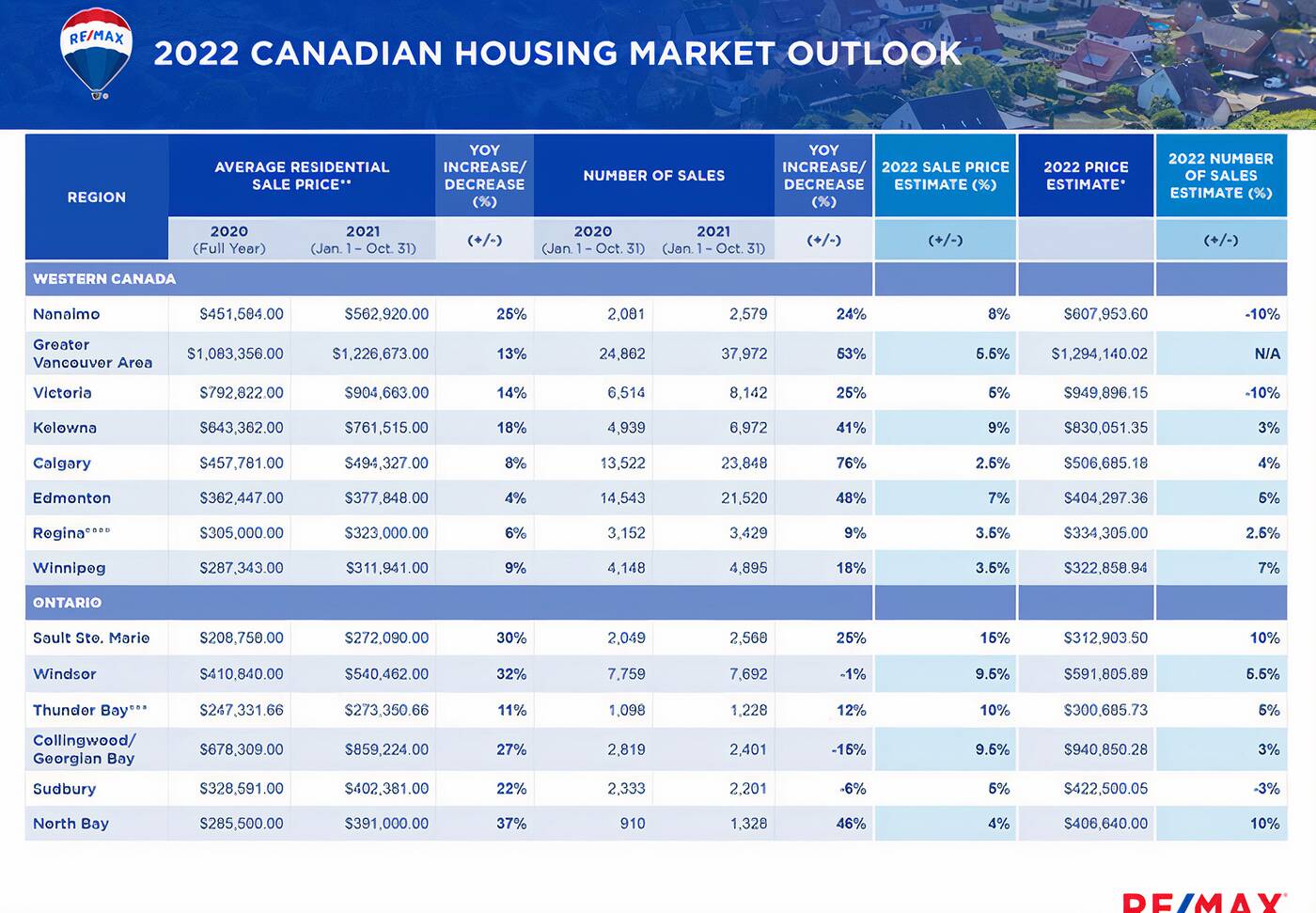 "The inter-provincial relocation trend that we began to see in the summer of 2020 still remains very strong and is expected to continue into 2022," the new report reads.

"Less-dense cities and neighbourhoods offer buyers the prospect of greater affordability, along with liveability factors such as more space."

But, with scarce supply in these less dense regions, price and competition are of course bound to surge as soon as enough city-dwellers take interest, meaning that the construction new housing is imperative.

"Without more homes and in the face of rising demand, there's potential for conditions in these regions to shift further," RE/MAX's experts say.

Looking to the year ahead, Halifax, Nova Scotia is anticipated to see residential real estate prices rise an average of 16 per cent, while Moncton, New Brunswick will see them spike a staggering 20 per cent. This is compared to, and partly based on the whopping 27 per cent price hike each city saw between 2020 and 2021. 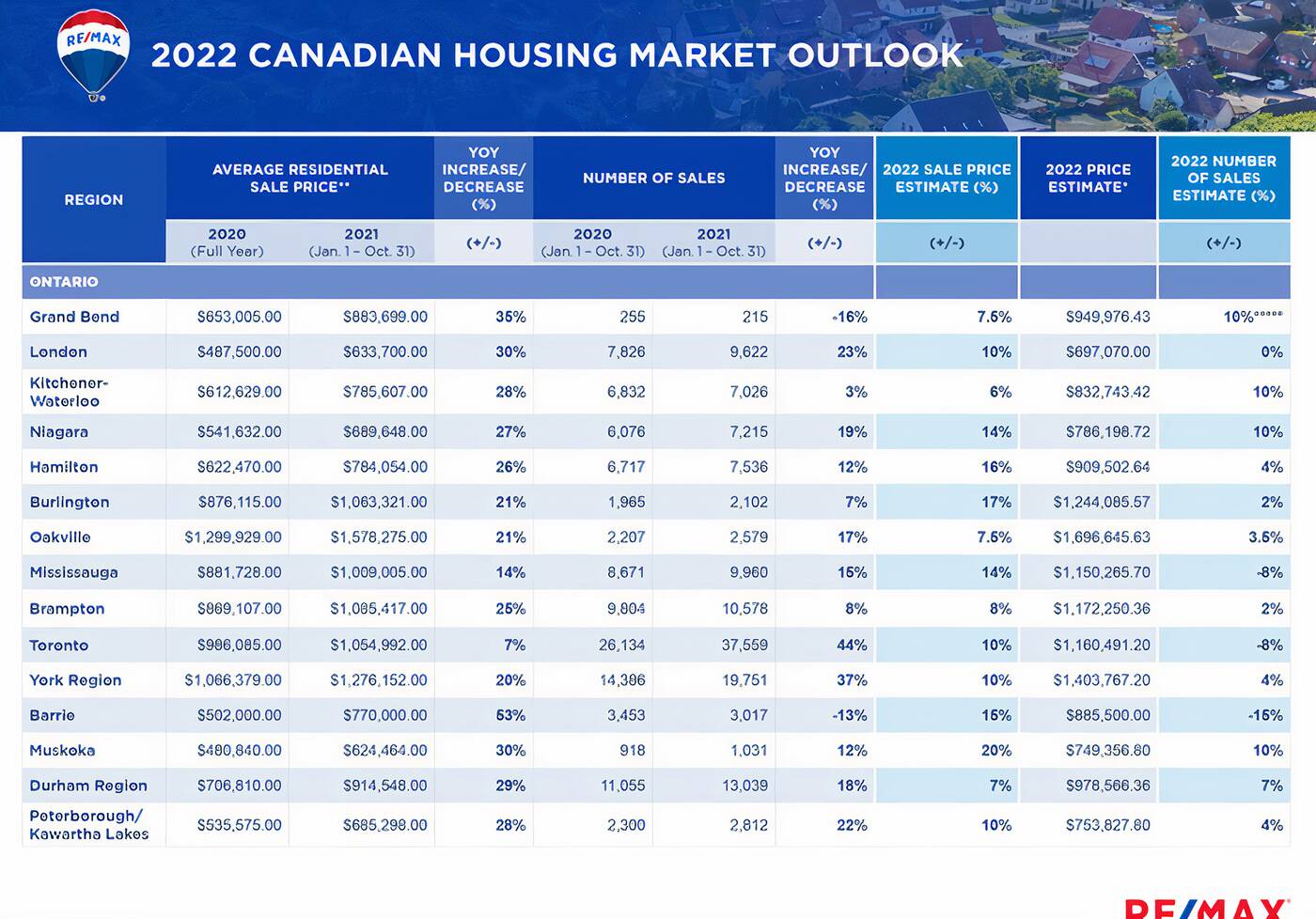 Out-of-province buyers took interest also in places like Edmonton, Regina, Victoria, Nanaimo and Kelowna in the last year, "which is likely to continue pushing demand and prices up in 2022," the report says, mostly for single-family homes but also for condos.

In at least one of these towns, though, homes still remain as low as $272,090, on average, compared to Toronto, where prices went up only 7 per cent, but are at a frightening average of $1.055 million. 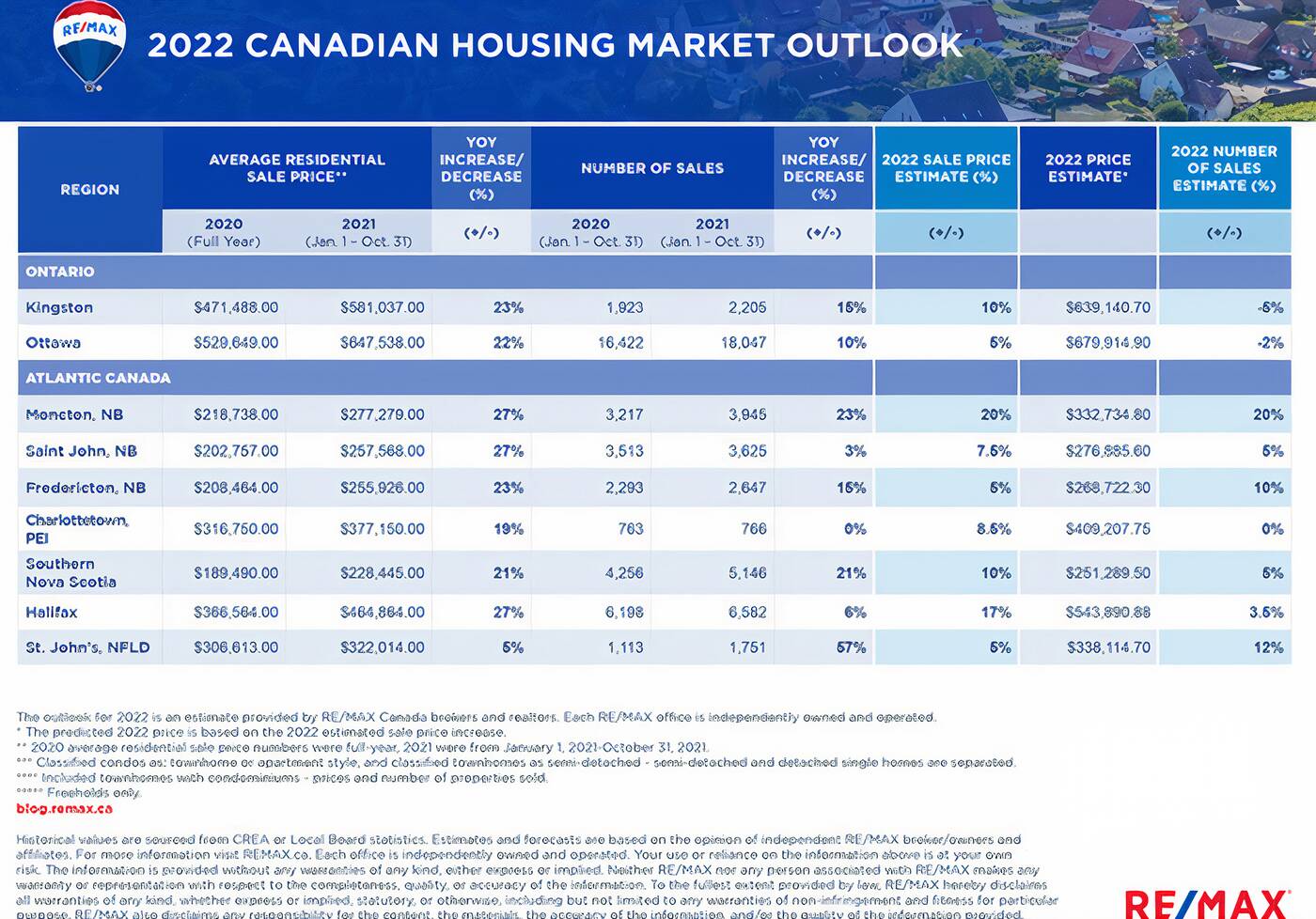 A whopping 95 per cent of regions in the country in 2022 are set to be considered seller's rather than buyer's markets due to supply and demand, even with construction going strong in many areas.

"Despite [the lockdowns], many Canadians still feel confident in the real estate market," the RE/MAX team writes.

"Forty-nine per cent of Canadians (59 per cent of homeowners vs. 34 per cent non-homeowners which included renters, those not looking buy, and those currently looking to purchase), believe real estate will remain one of their best investment options in 2022."