The pandemic has spurred unfathomably dramatic shifts in countless ways of life in Toronto and abroad — in how virtually ever industry operates, in how we do so many day-to-day activities, in people's individual lives and circumstances, and so much more.

Part of that shift has been a change-up of the traditional work situation, with office buildings sitting empty for months and remote work becoming the norm.

With the freedom to work from places that aren't downtown — which has been far less fun to live in amid lengthy forced business closures and event cancellations — there has been a mass exodus of people flocking from TO proper to surrounding suburbs where they can get more space and less congestion for cheaper.

But, small Ontario towns, cottage country and other GTA cities aren't the only places people are moving, according to new data from LinkedIn.

The platform's first-ever Workforce Report for Canada, which analyzed internal migration trends nationwide, shows that huge numbers of people have moved away from in and around Toronto as well as Montreal, with population drops of 12.2 and 22 per cent, respectively, since April 2020.

Other Canadian cities, meanwhile, saw the opposite effect, with the inflow-outflow ratio of Vancouver increasing by 10.5 per cent over the last 15 months and and Halifax, by a whopping 39 per cent (a number that is substantial in part due to the small size of the city). 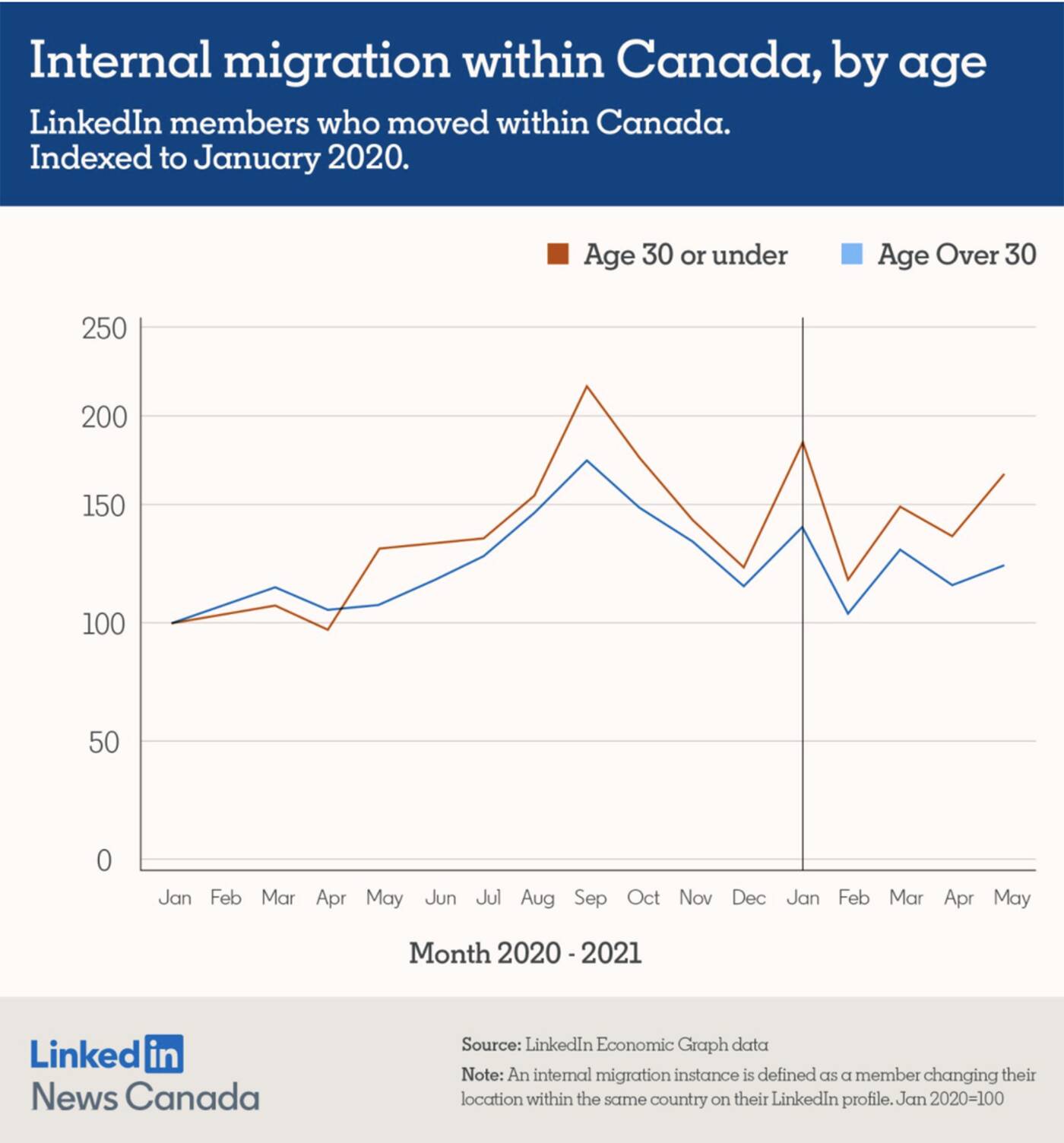 LinkedIn cited benefits such as access to the coast with its oceans and beaches, better weather, a more laid-back lifestyle, and career opportunities in Vancouver in particular as potential factors behind these numbers, noting that the west coast city was recently named top location in the country for professionals to fulfill personal and professional ambitions.

Both Vancouver and Halifax have seen new blood in many growing industries such as tech and finance — attractive to those in Toronto who are able to migrate to somewhere that isn't more expensive to buy a home in than Los Angeles, New York, London and San Francisco.

Most people looking to get into the housing market in notoriously pricey Toronto have now admitted that they are eyeing GTA suburbs instead due to exorbitant prices in the city that will mean decades spent paying off a home.

Many have simply given up on the dream of long-term settlement in Toronto, driving up prices in places such as Burlington, Hamilton, Oshawa, Brock and Simcoe County — and then there is the large number of those who are considering moving farther away, or clearly, based on this report, have already done so.