The mass urban exodus that has been observed in Toronto and across Canada throughout the pandemic doesn't appear to be slowing down anytime soon, and a new survey confirms that the majority of first-time home buyers in Ontario are looking to live in the suburbs.

"With remote work expected to continue over the long-term, first-time homebuyers have the flexibility to look for a home that isn't necessarily next door to where they work," said Hassan Pirnia, head of personal lending and home financing products for BMO, in a statement.

"Between this added work flexibility and price appreciation in some major cities, the expectation is that we will continue to see a push into the suburbs."

The survey, conducted by Pollara Strategic Insights via an online survey between March 1 and 9, had an online sample of 1,000 Canadian adults who said they're planning on buying a home in the next 12 months — 800 of which are looking to buy their very first property.

It found that 35 per cent of all first-time buyers in Canada are looking at smaller cities and towns rather than big cities, and affordability and space are the main drivers for these buyers (47 per cent each, respectively).

But 30 per cent of first-time Canadian buyers indicated that they still plan to shop for a property in a major city centre, 27 per cent of which are looking in Toronto specifically.

These buyers said being able to stay close to work and remain in the area in which they currently live are the main reasons for wanting to buy in a city centre.

And while the vast majority of buyers (92 per cent, to be exact) still want to have some money left to enjoy the finer things in life when purchasing their first home, namely travelling and shopping, 61 per cent said purchasing the home they want is more important than having money left over each month. 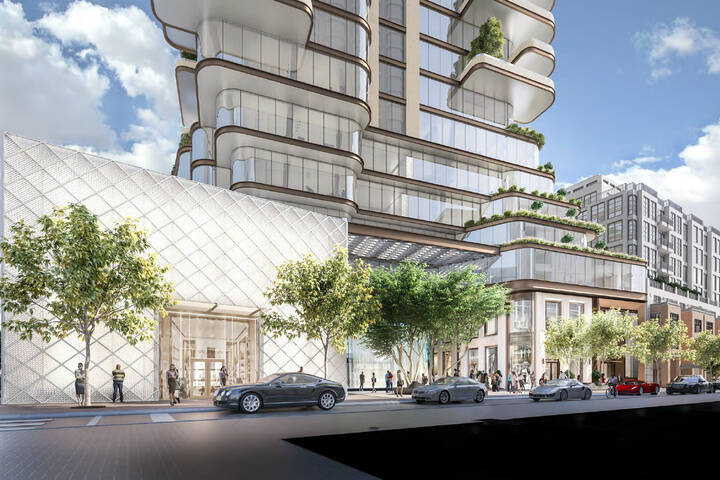 These are the first images of Toronto's new Park Hyatt apartments