This half demolished Toronto house is going for over $1 million

Bungalows going for over a million is pretty much the norm in Toronto these days.

With real estate prices reaching new highs every month seeing a detached three-bedroom, one-bathroom home that isn't in the greatest condition listed for $1,180,000 shouldn't be shocking and yet... 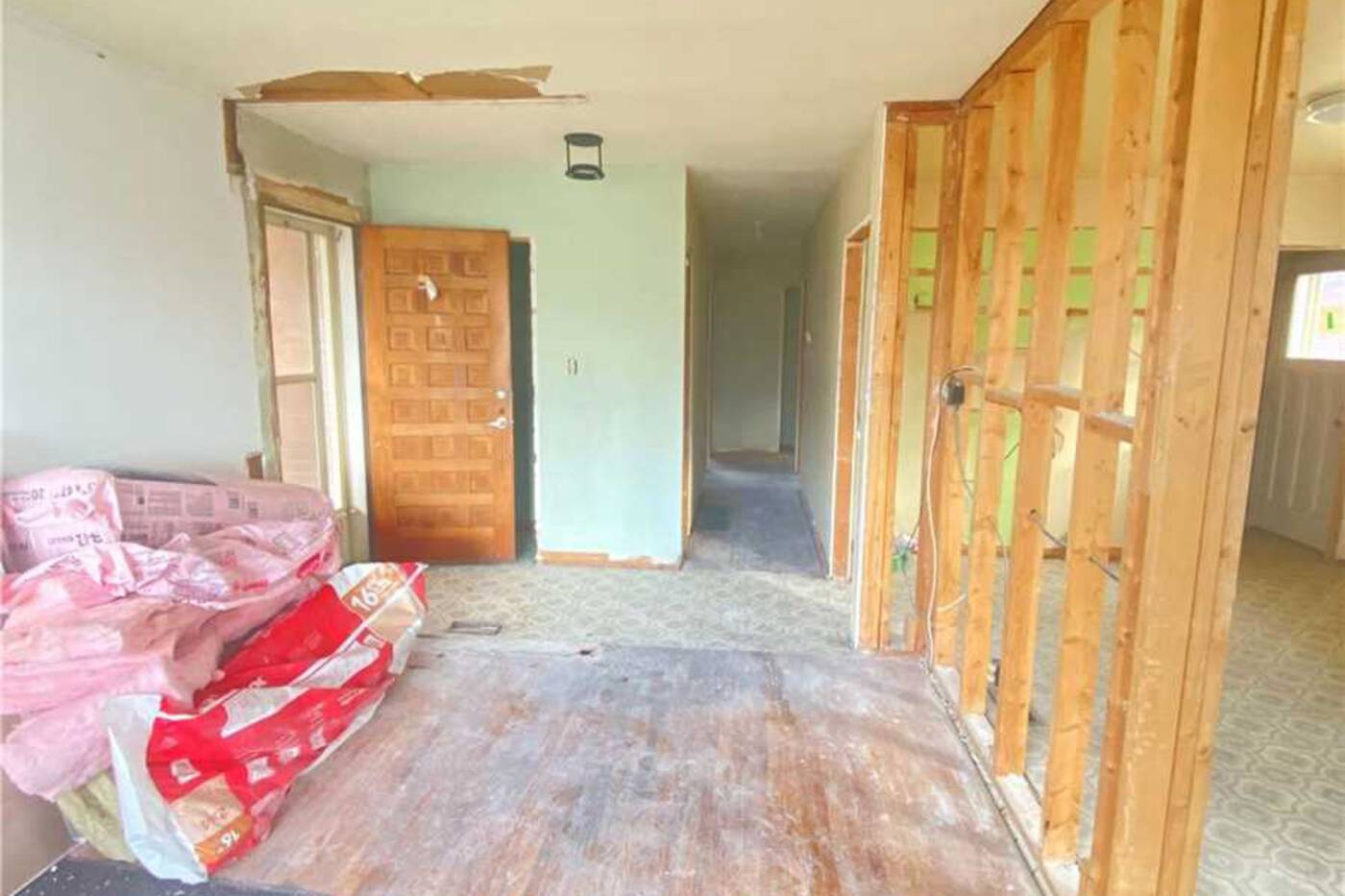 This one is in even worse condition than most considering it's half demolished. 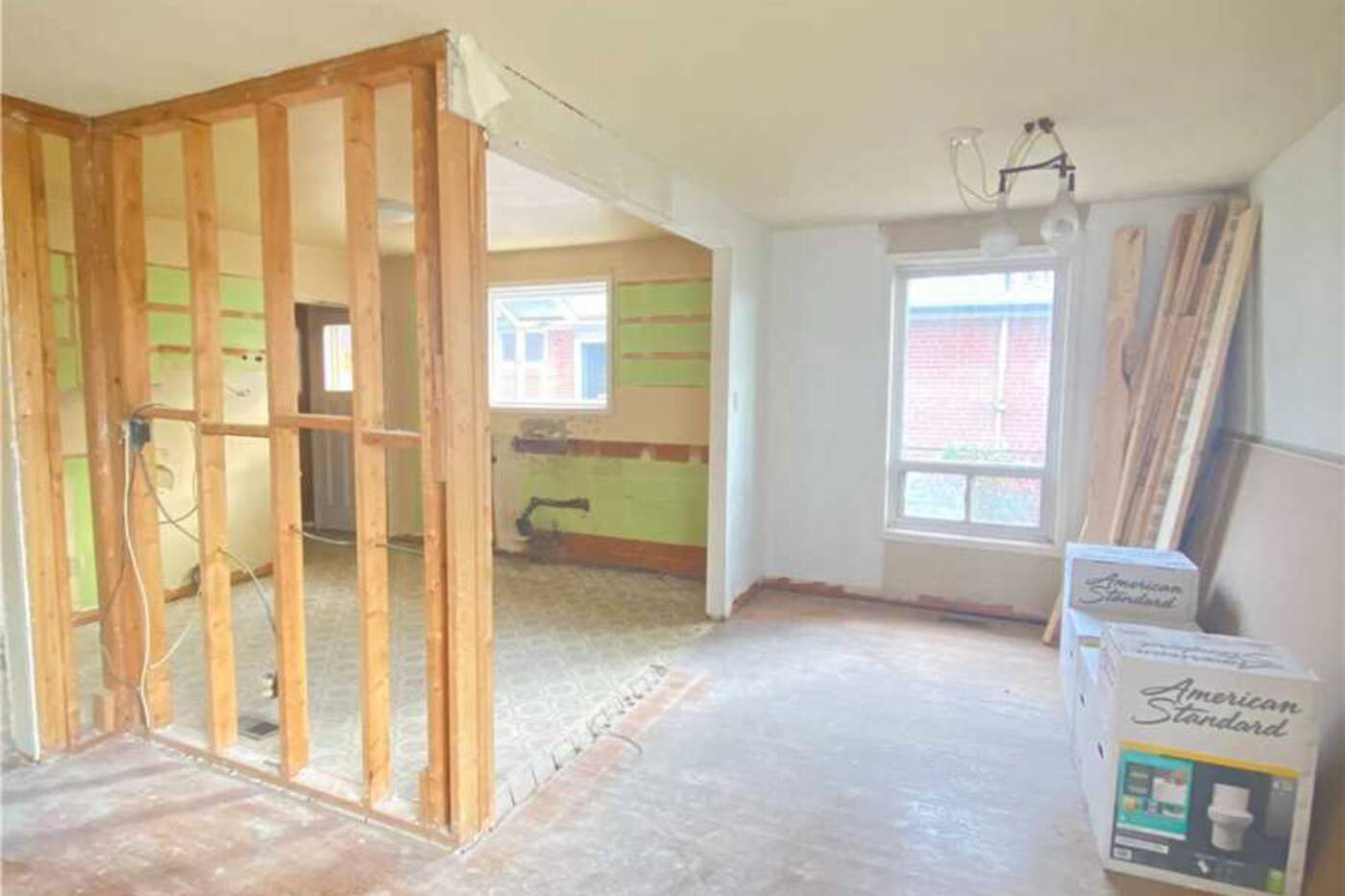 Where the kitchen used to be.

There's a ceiling missing, there are full walls that are just studs, in some areas the floors have been ripped up to the subflooring, there's insulation exposed in several places and there's probably more that isn't even pictured. 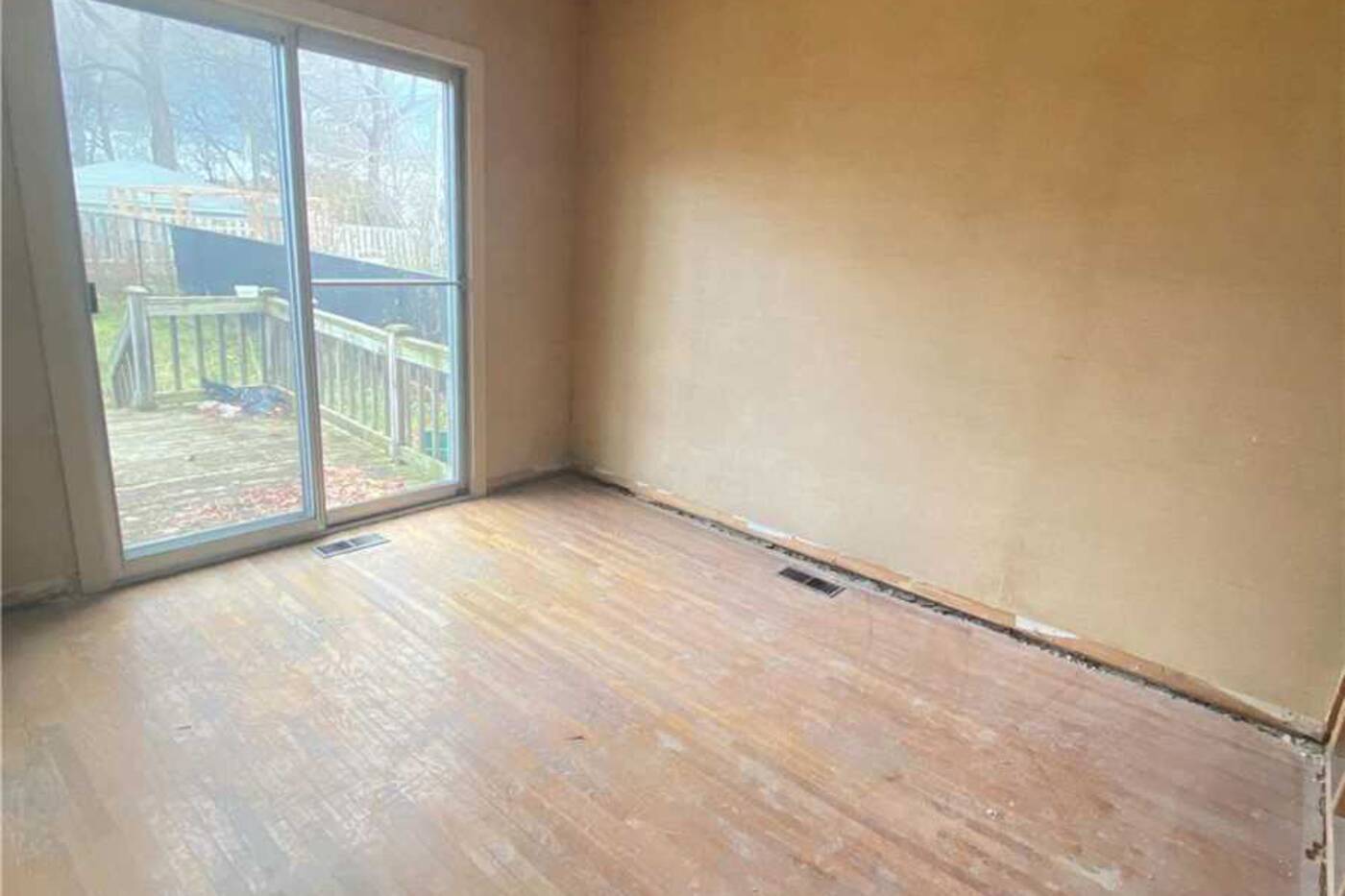 A bedroom with a walk-out to the backyard.

So what's going on here? 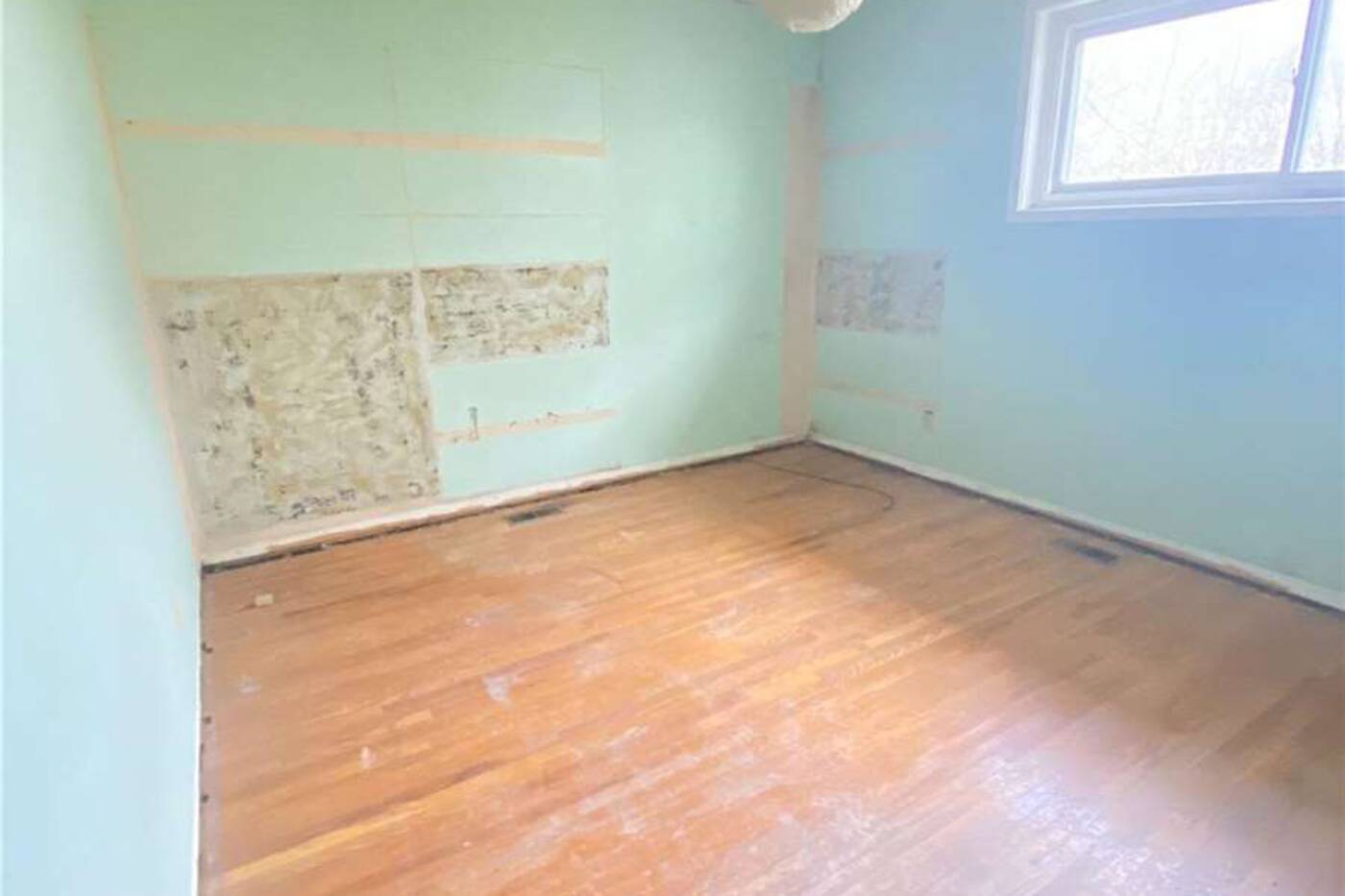 Well, realtor Nasrin Kahvand told blogTO the home was previously tenanted and now the owner has decided to sell it. 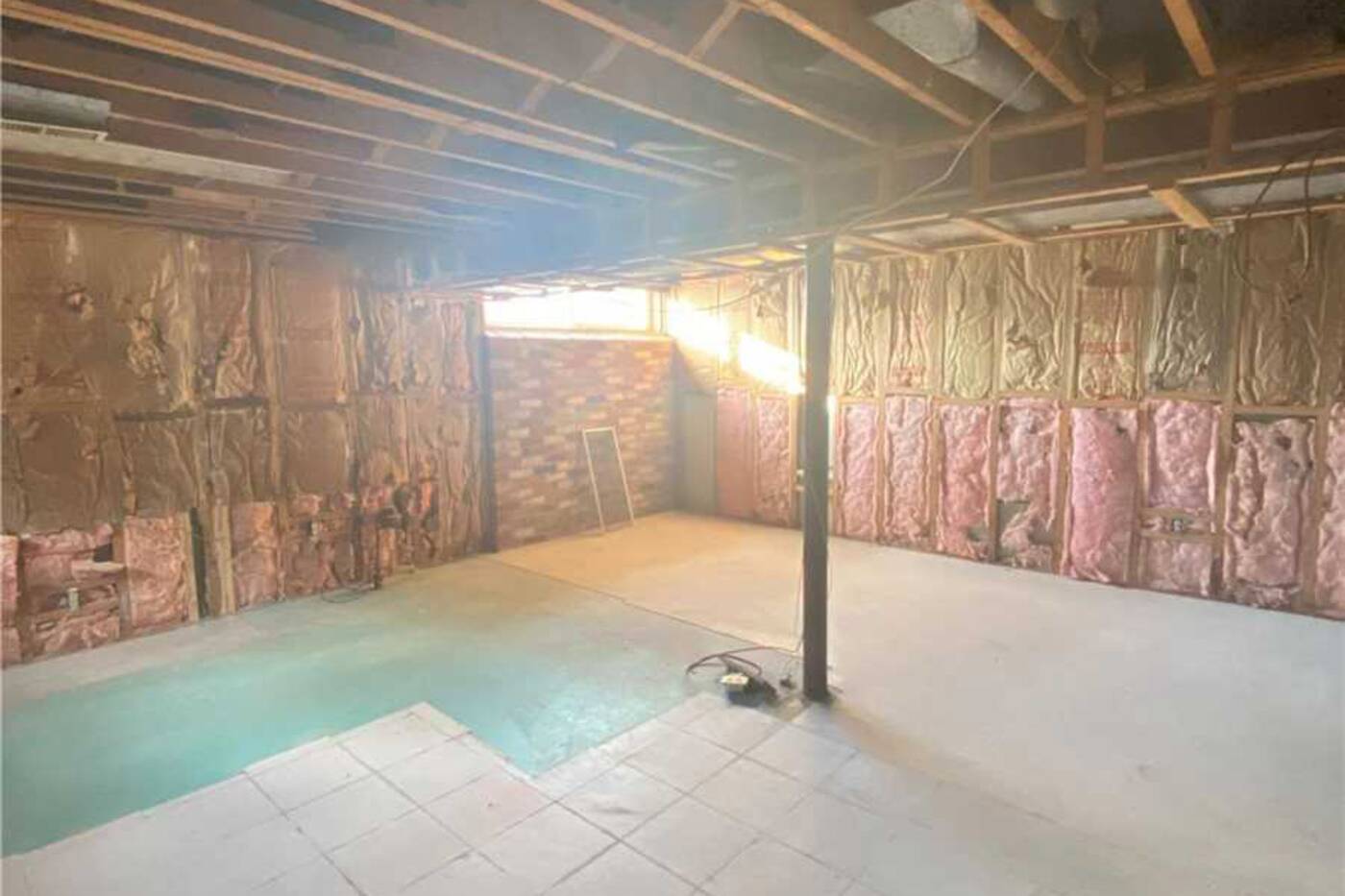 The owner had started to renovate it as he works in construction but ran out of time. He has to go back home, according to Kahvand, so wanted to see if he could sell it as is. 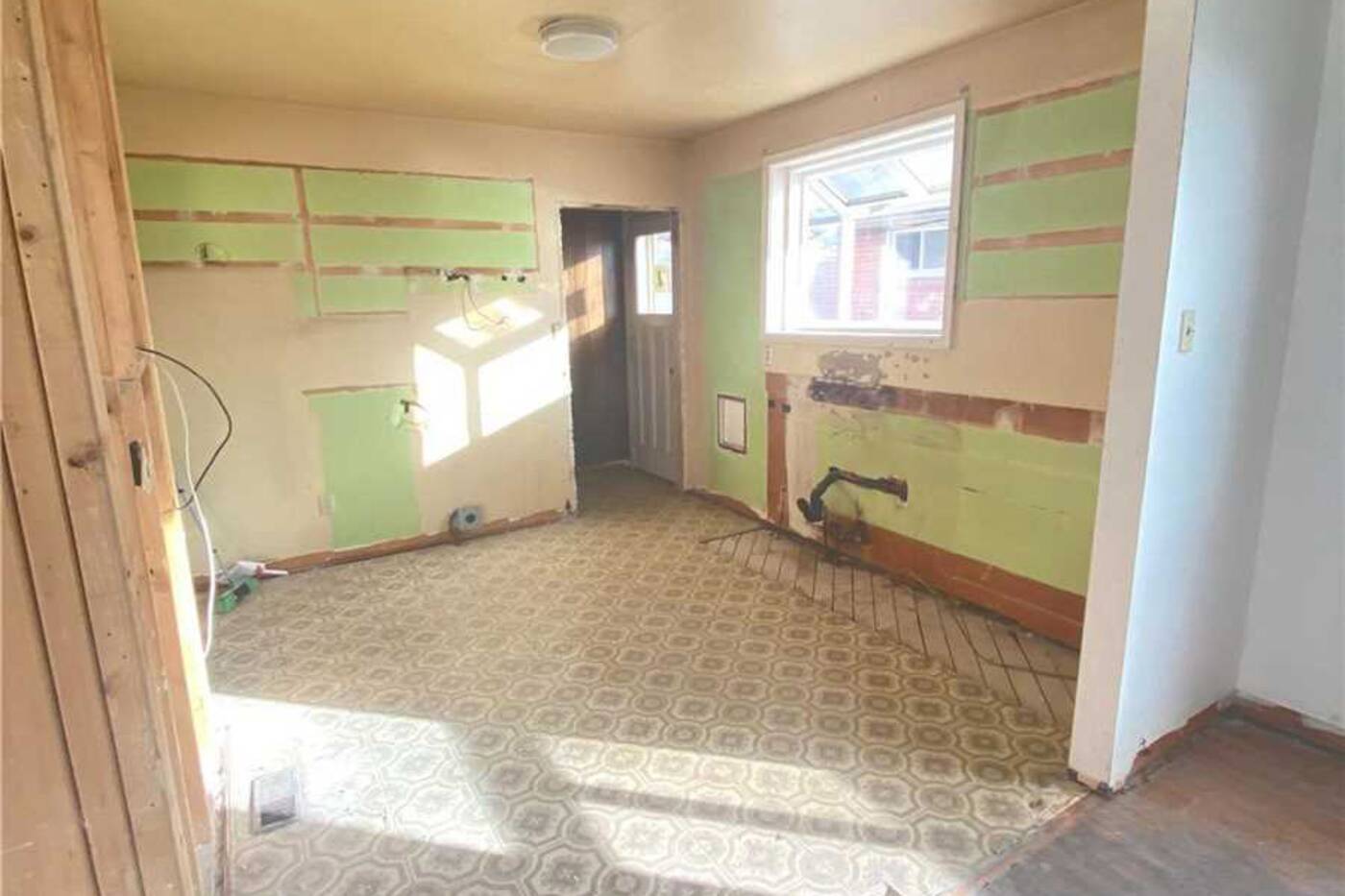 The remnants of the kitchen.

He did make some decent headway in terms of the renos. He managed to put a new roof on as well as purchased a new hot water tank and furnace. 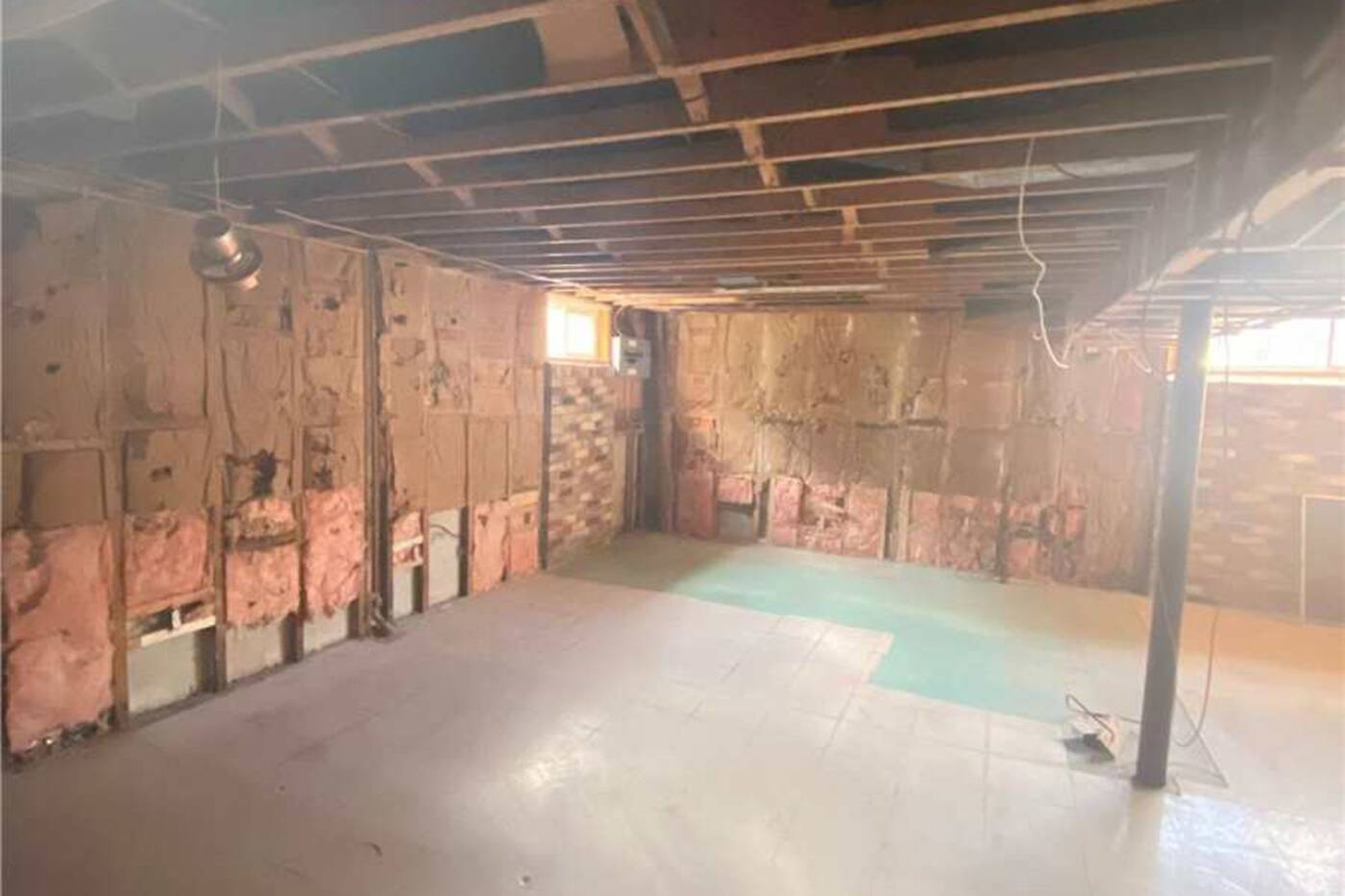 Another view of the basement.

So really all that's left is the entire rest of the house that needs work... and the fact that you're already spending $1,180,000 that seems like a lot of extra costs to take on. 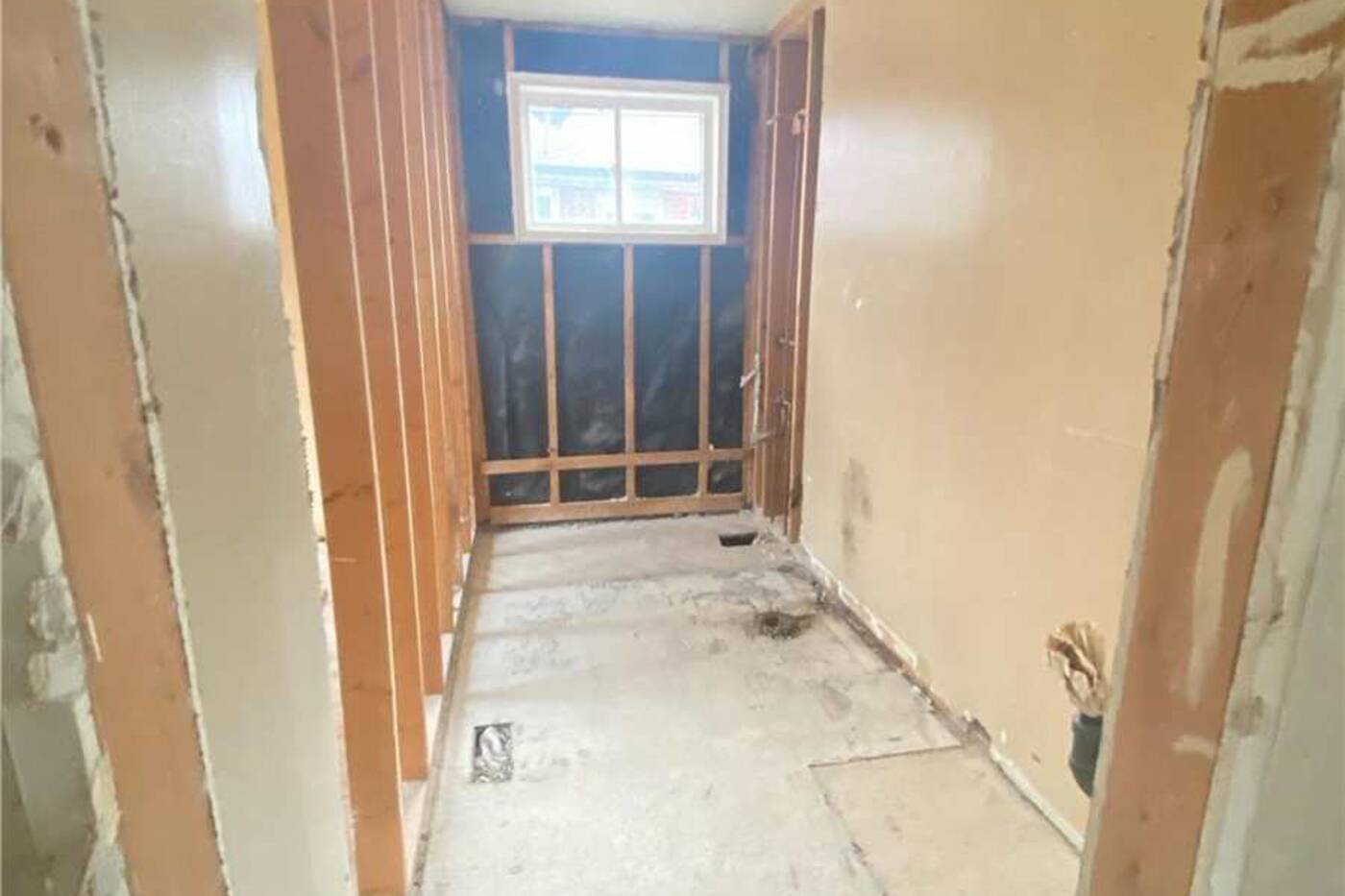 Where there used to be a bathroom.

But in today's market I wouldn't be surprised if someone was willing to go for it. 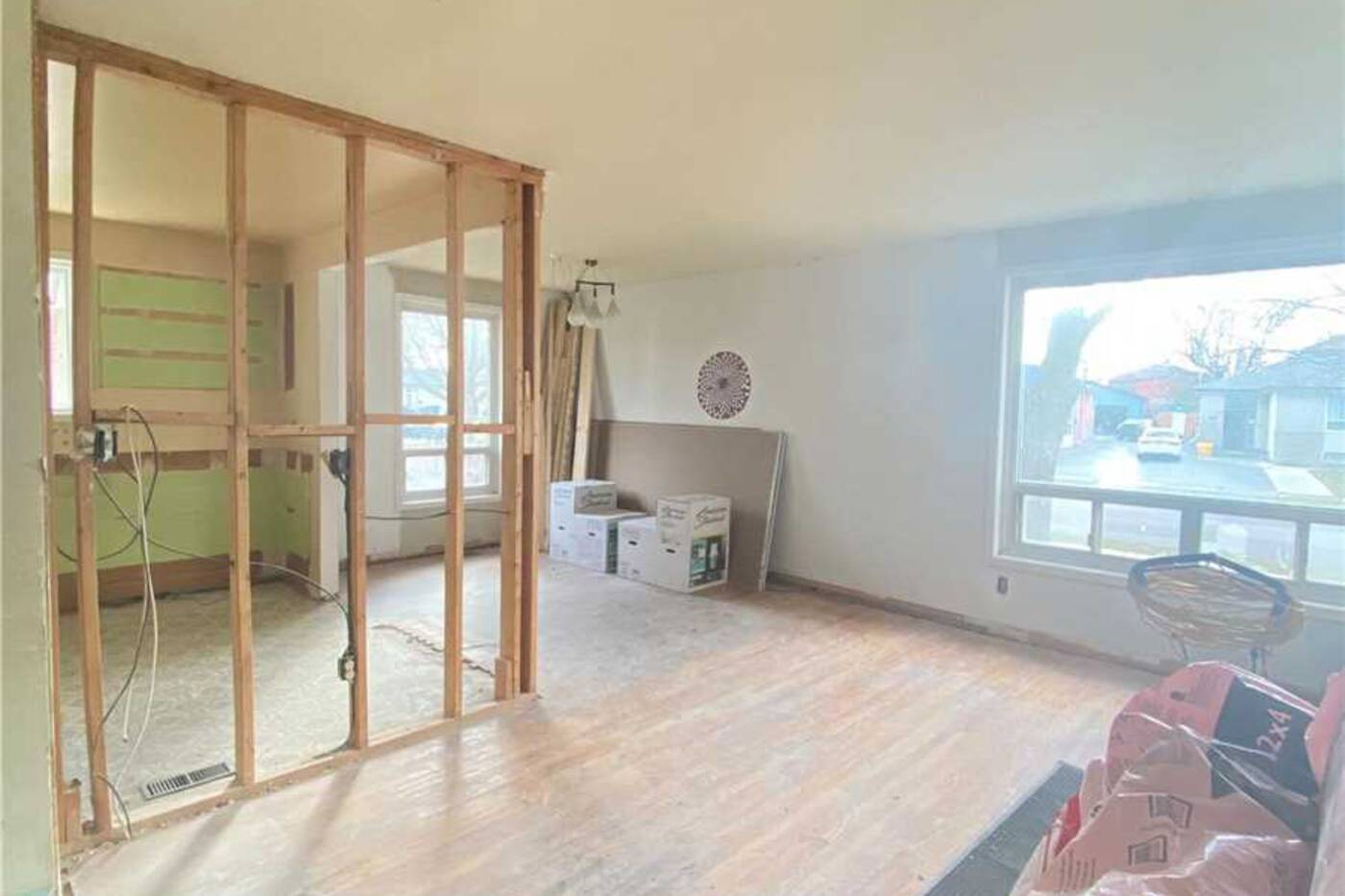 However, if this plan to sell "as is" doesn't work out Kahvand told blogTO that the owner would be back to finish the renovation and then would put it back up for sale. 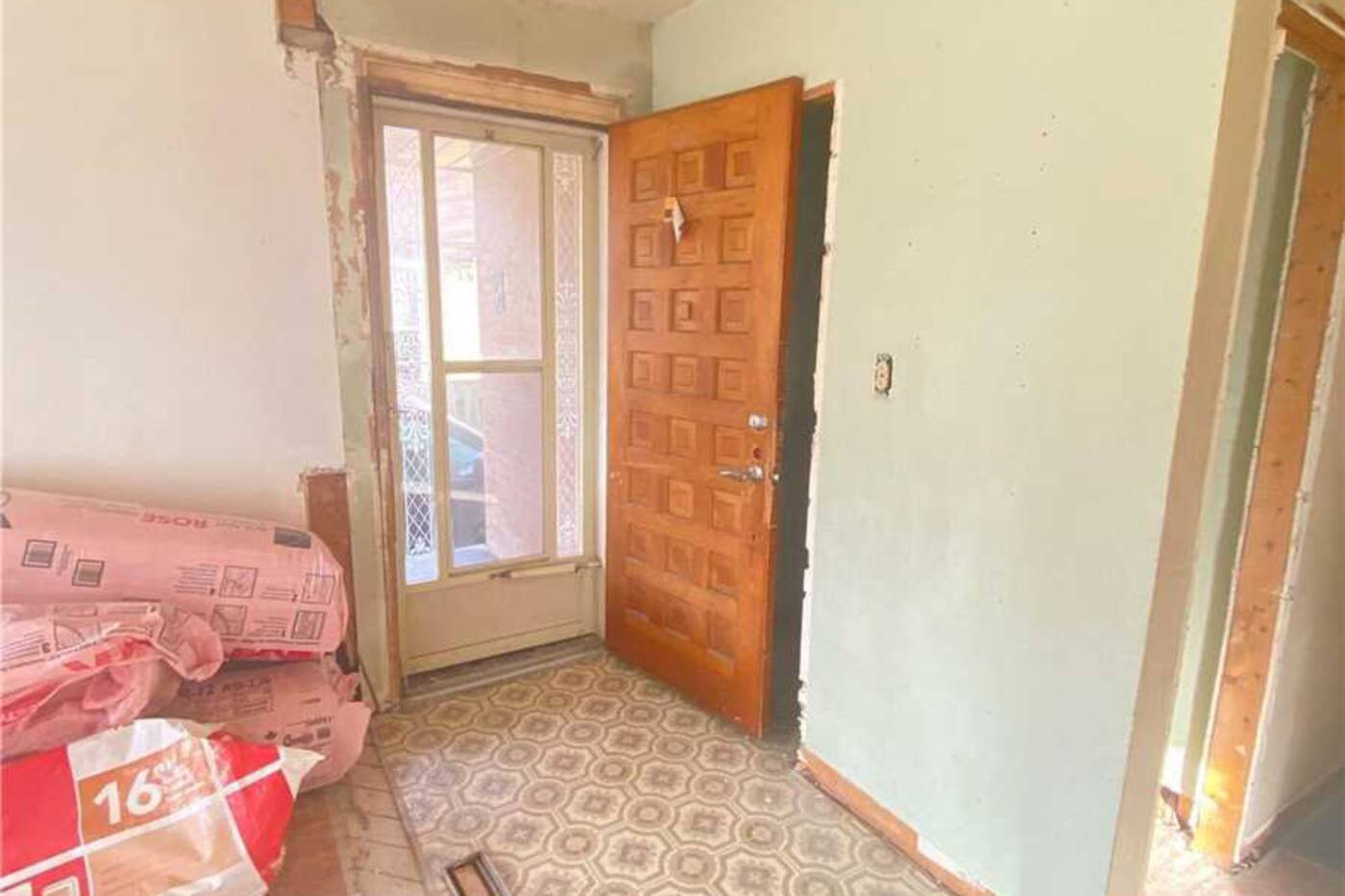 So if you don't want to take on the arduous task of renovating this half demolished home then you can always wait a while for it to come back on the market all re-done.  But how long that would be is entirely a mystery.