If, like many people, you're searching for any alternative to the unfeasibly expensive homes in Toronto and surrounding suburbs, you may just have to start thinking out of the box — the box defining a "home," that is.

While terrifyingly run-down, trash-filled and long-abandoned houses half an hour outside of the city are going for $1 million and the average home of any size and type in the GTA — not even just single-family houses and not even in the city proper — has now hit over $1.5 million, there are still a few rare gems in Southern Ontario available at a far more reasonable price point.

The caveat is that your options may be a little unorthodox: an aging co-op building in a less desirable pocket of the city, a church in a tiny hamlet or, in the case of one new listing, an old train caboose in a humble Golden Horseshoe town. 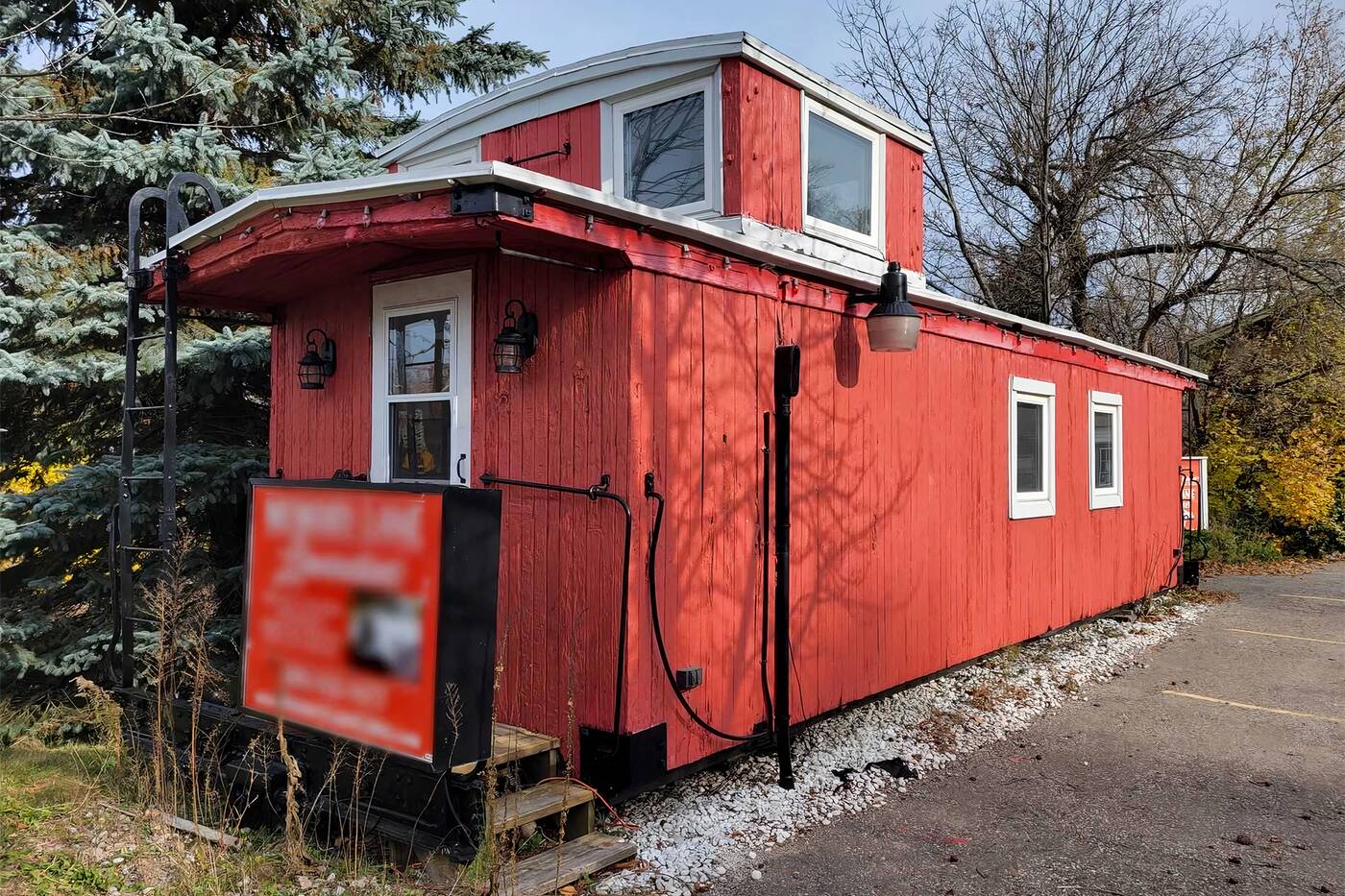 The red wooden caboose, originally from 1912, has a certain curb appeal. Photo from the HouseSigma listing.

Located at 43 Man St. E. in Milton, which is about 45 minutes west of Toronto in Halton Region and thus still considered part of the GTA, the detached and mobile home definitely presents a unique opportunity that will excite anyone remotely interested in history (and okay with living in tight quarters).

According to the listing, the original wooden car — which served as an office for the conductor and crew, and came at the end of a freight train — is from all the way back 1912 and has been full restored to "modified condition" as a tiny house. 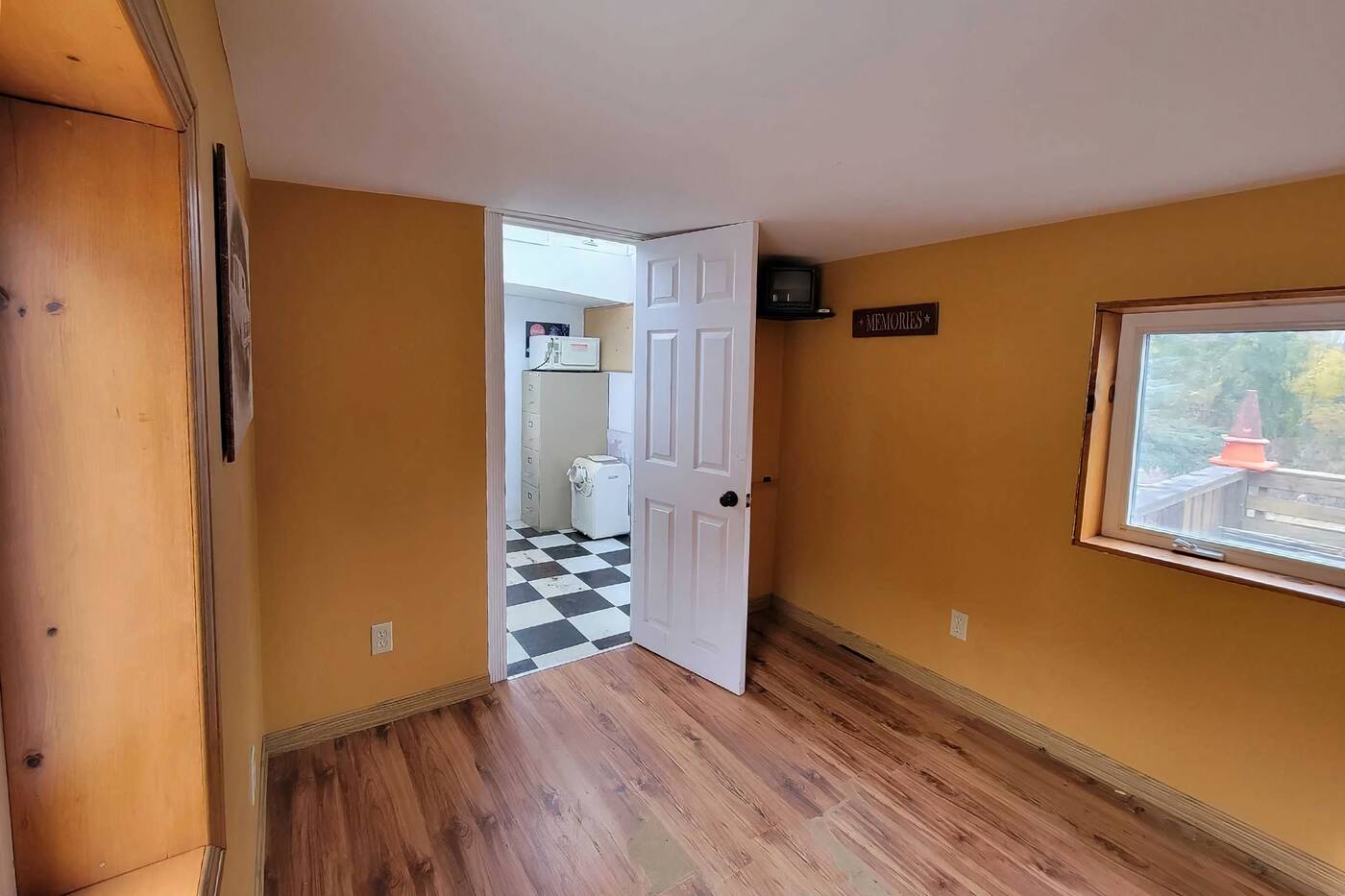 The home appears to be divided into three separate rooms, meaning a bedroom and washroom are possible. Photo from the HouseSigma listing.

It comes with at least some of the things you'd expect in a residence: windows and doors, electrical service, a kitchenette with a bar fridge and sink, separate rooms for a bedroom, closet space, and even its own roomy wooden deck and built-in stereo and entertainment system (though the latter is quite obviously dated). 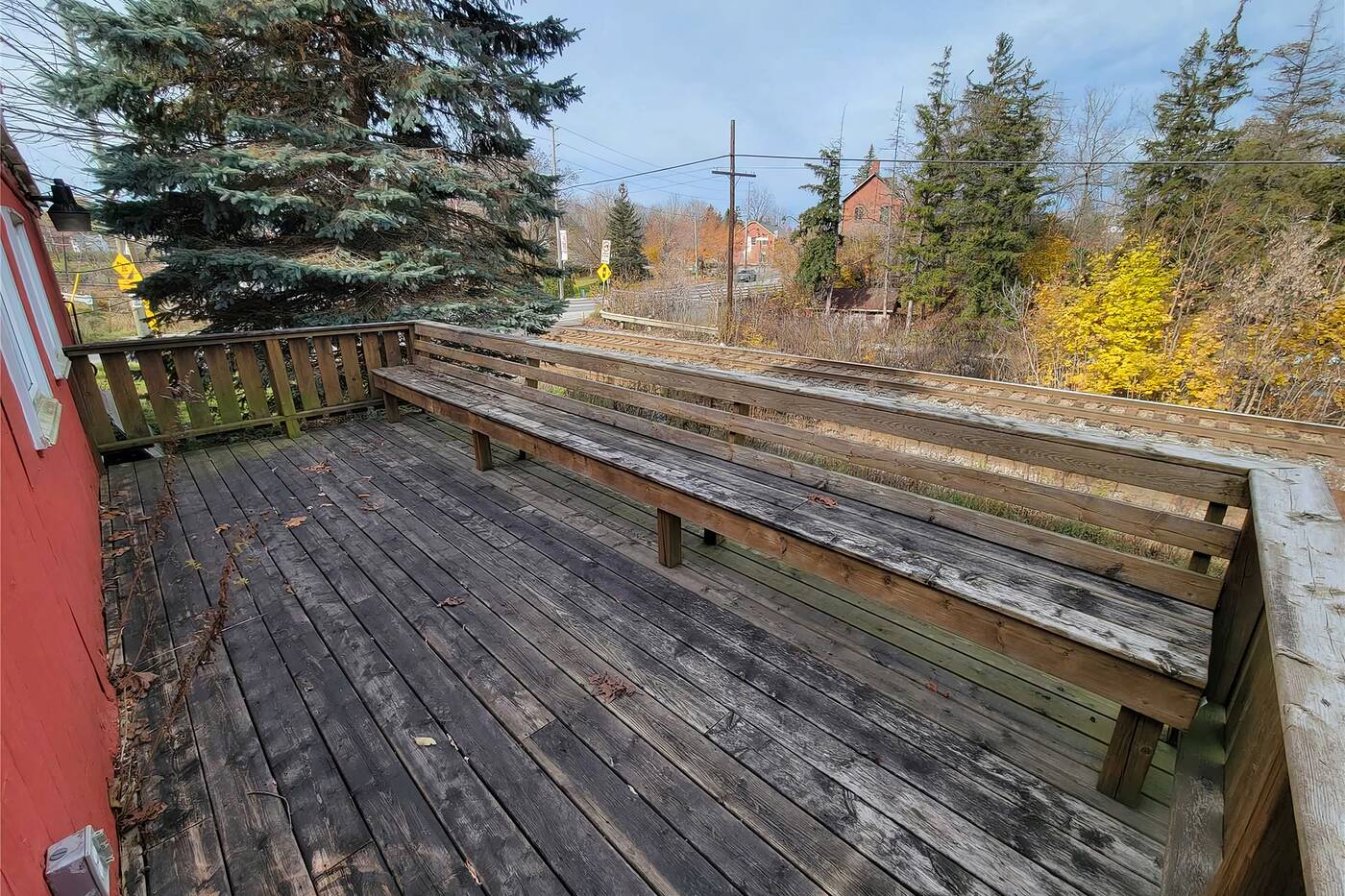 There is a sizeable wooden deck with built-in seating affixed to the home. Photo from the HouseSigma listing.

What it lacks, unfortunately, is pretty major: not only a designer's touch, as the interior is weirdly reminiscent of the limo you may have taken to prom in the mid-2000s, but also, sadly, a washroom (though there appears to be ample space to install one for anyone looking for a project). 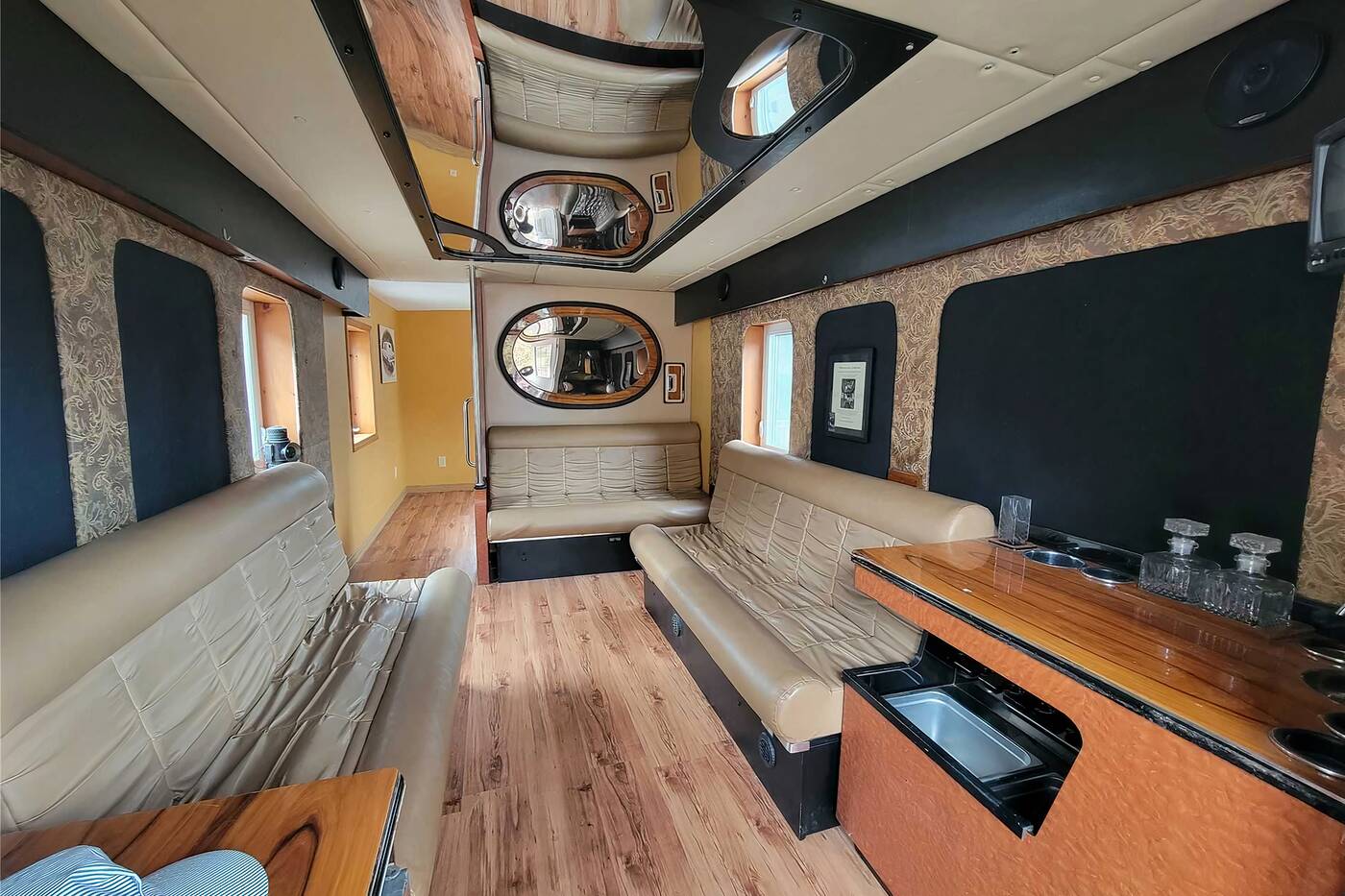 The interior leaves much to be desired, but would make for a great project. Photo from the HouseSigma listing.

There is also the fact that the home, like most tiny homes, does not actually come with any property, though the buyer can continue to lease the lot it's currently sitting on for a mere $400 a month on a month-to-month basis.

The lack of land means, though, that the home can be moved elsewhere anytime. 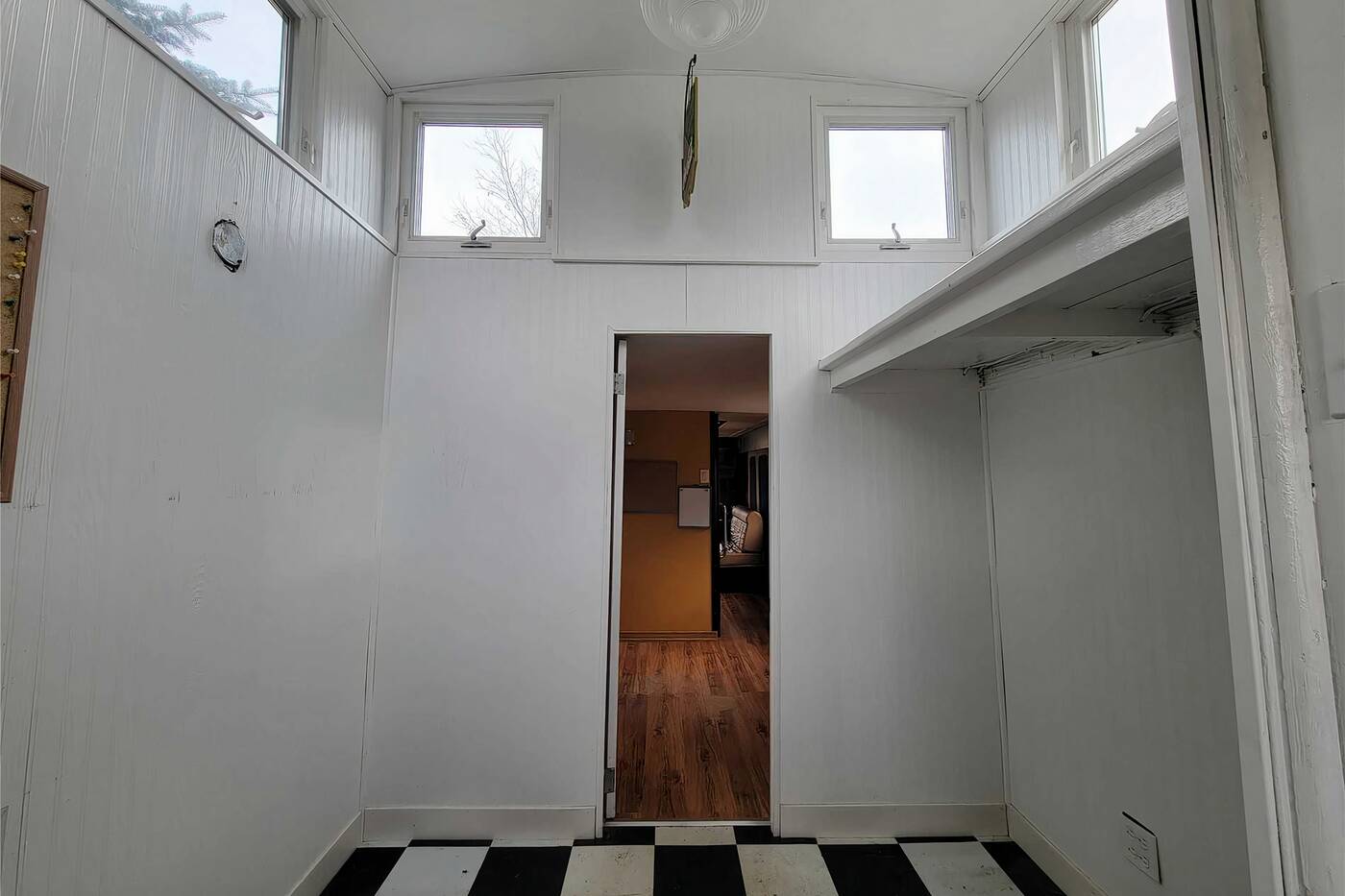 The bright, tiled room on the end could potentially be turned into a bathroom. Photo from the HouseSigma listing.

Though it's not live-in ready in its current state, the rare nature of the home may attract someone looking to renovate it into their dream space. And its exterior curb appeal is undeniable, indicating the car's historical significance. It could also make a cool little man cave basically as-is.

The price tag of only $45,000 also helps, making the home cheaper than many cars and less than half the price of some parking spots recently listed in downtown Toronto.