A detached home that appears to have been accumulating trash inside of it for decades — a home in such unsanitary and unpleasant shape that it was deemed "unsafe to show" to potential buyers — just sold for nearly one million dollars just west of Toronto.

After only four days on the market.

With a final sale price of $955,000, the property at 4200 Perivale Road in Mississauga actually went for $56,000 over asking, which says pretty much everything you need to know about the GTA real estate market right now. 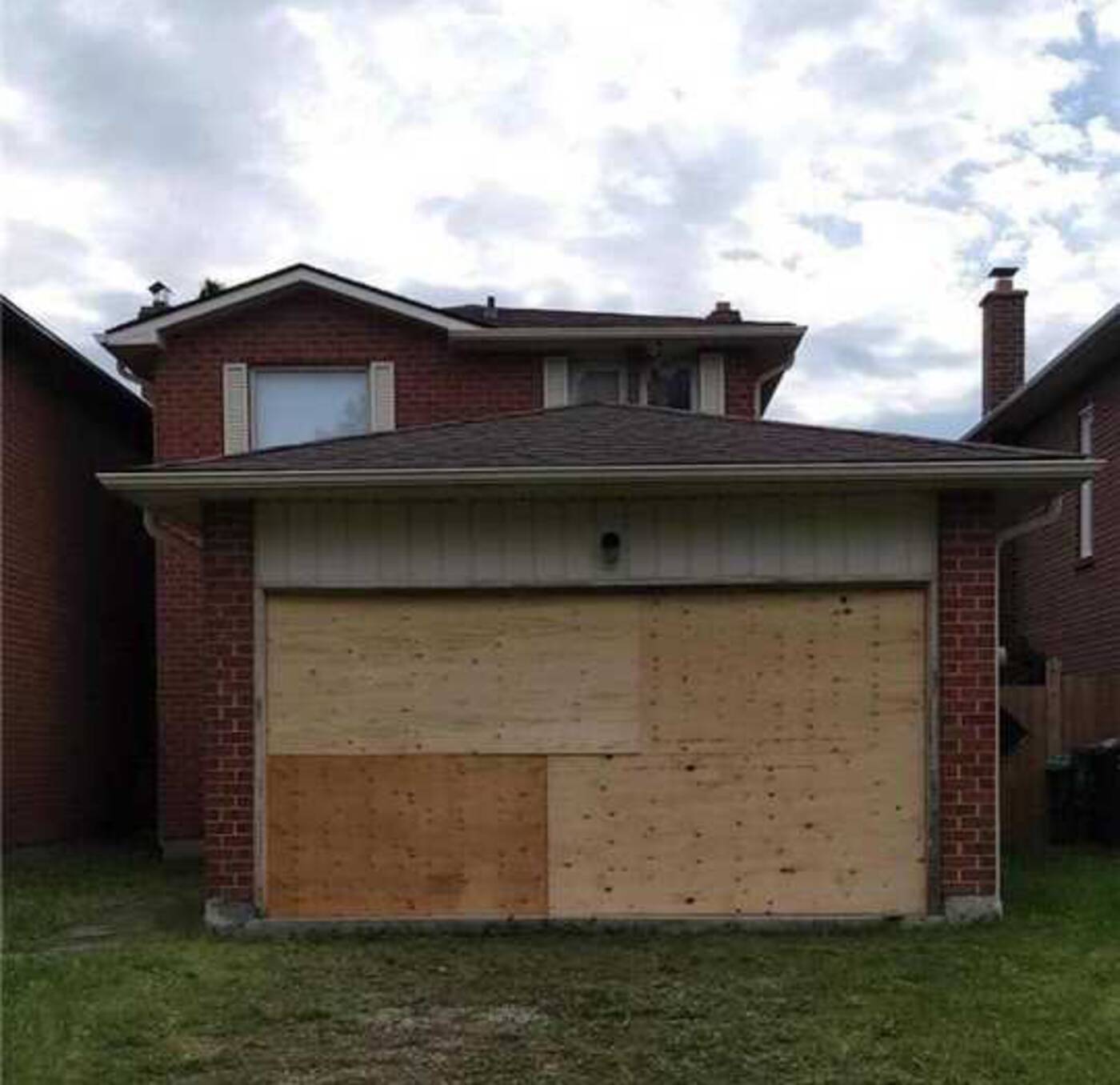 The two-storey home's original listing price was $899,000, meaning that either a bidding war broke out and drove up the cost, or that a motivated buyer simply threw in the value of a brand new BMW to secure the sale.

Either way, the homebuyer had to make their decision without ever walking into the place.

"Property in very poor condition. Unsafe to show, showing only from outside," reads the original listing. "Property sold as is, where is... All utilities on the property [have] been disconnected." 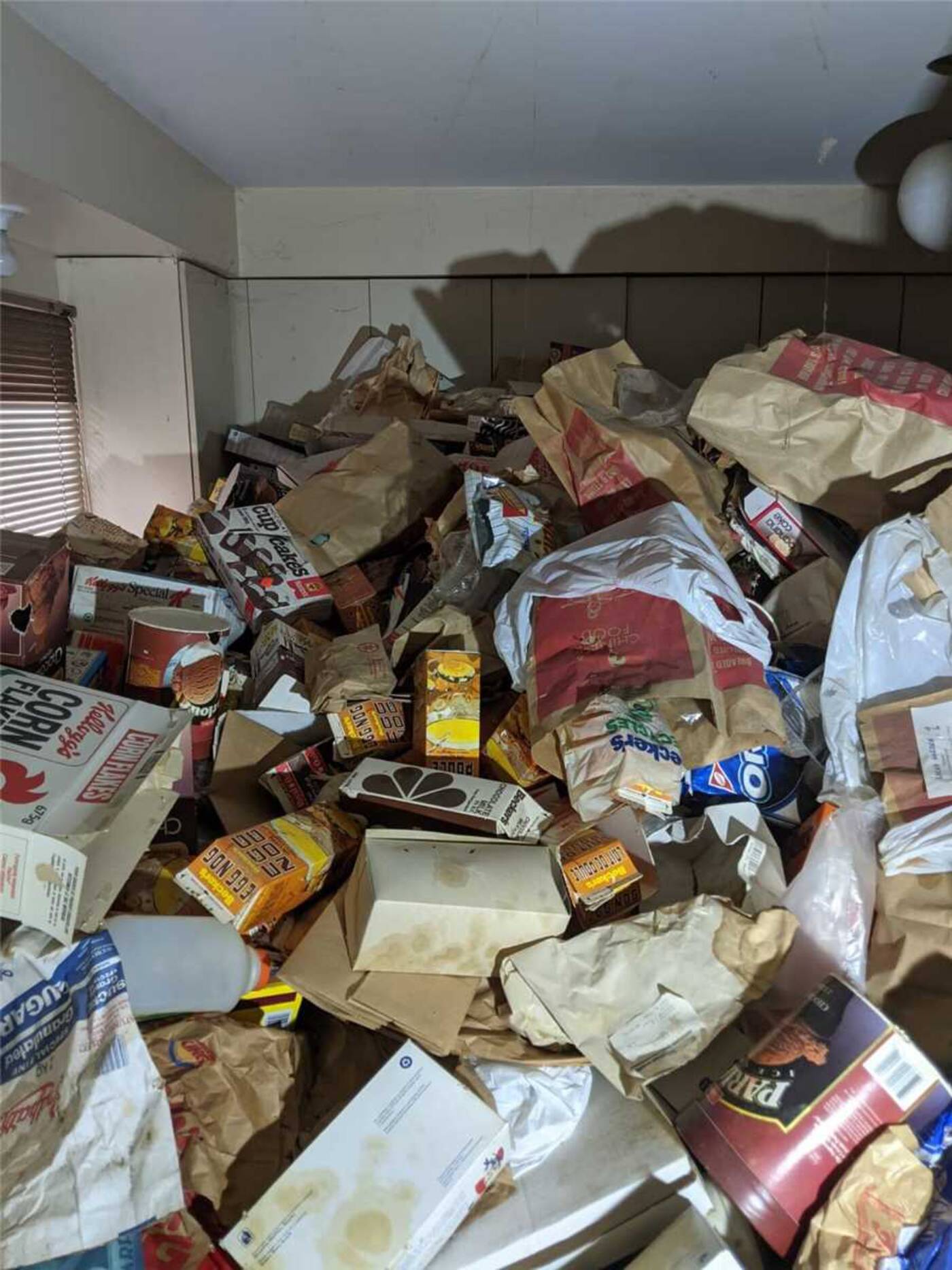 It's hard to say whether the home could be renovated or is a straight-up teardown job, but judging by images included with the listing it would at the very least need a thorough cleaning. I'm talking disaster restoration-level cleaning; the kind insurance companies contract to deal with houses where hoarders have lived. 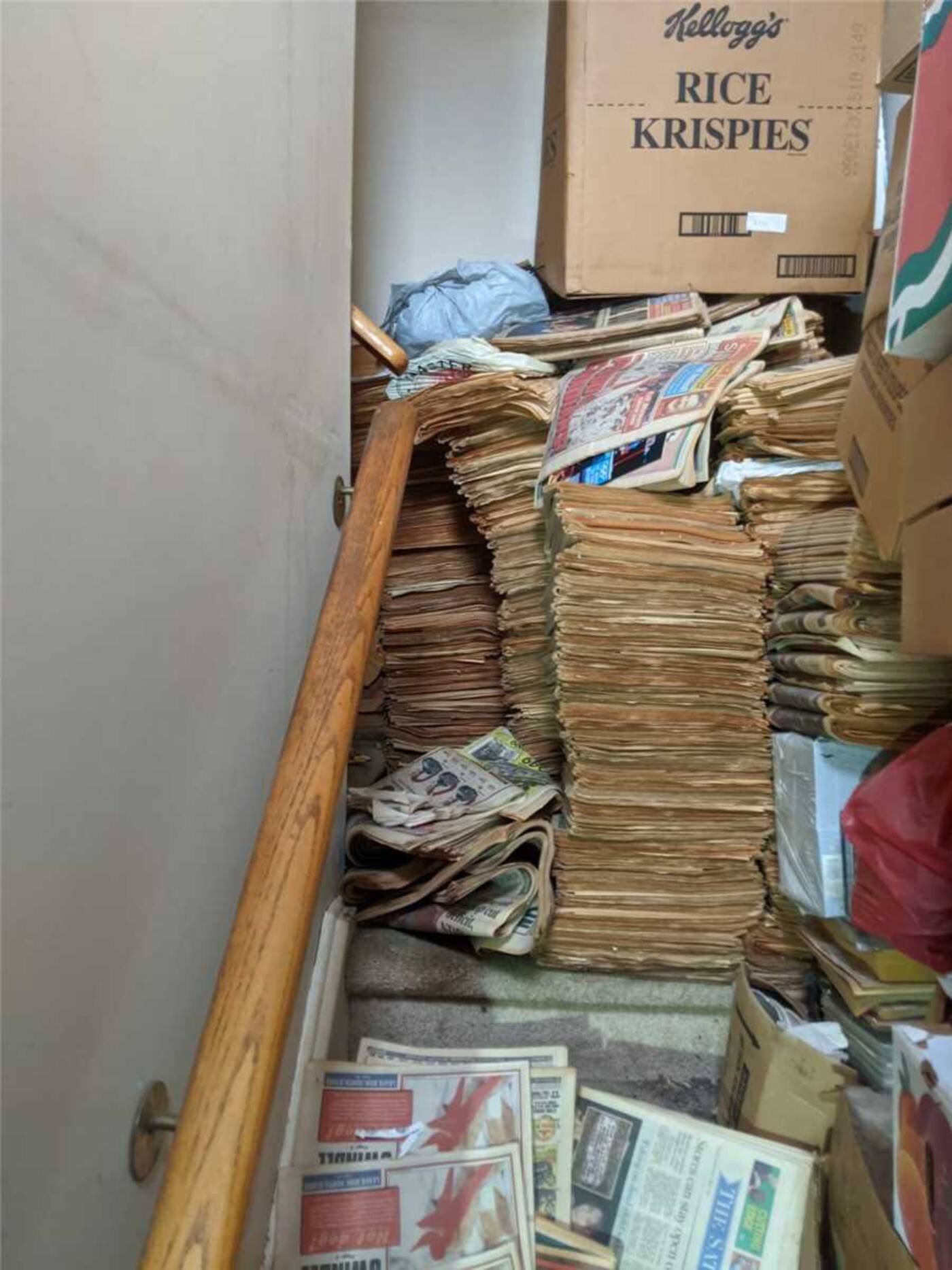 It's not clear how long the previous owner lived in this house before selling, but some of the debris inside is so old it bears the labels of brands that no longer exist. Remember when Circle K was Mac's Milk, which was once Becker's? Whoever lived here must have at some point. 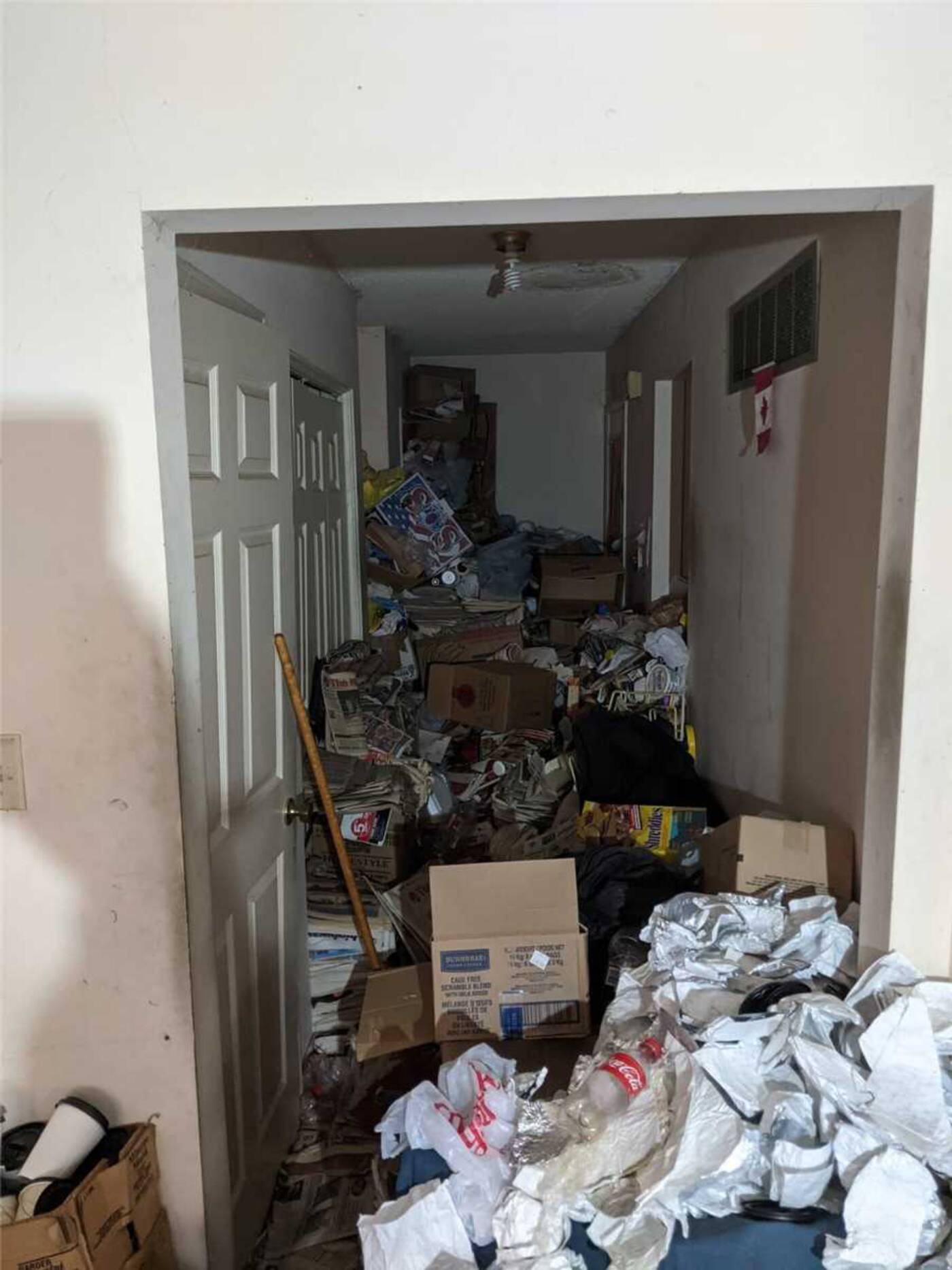 But it's not only the mess that needs taking care of — some photos appear to show serious structural damage. 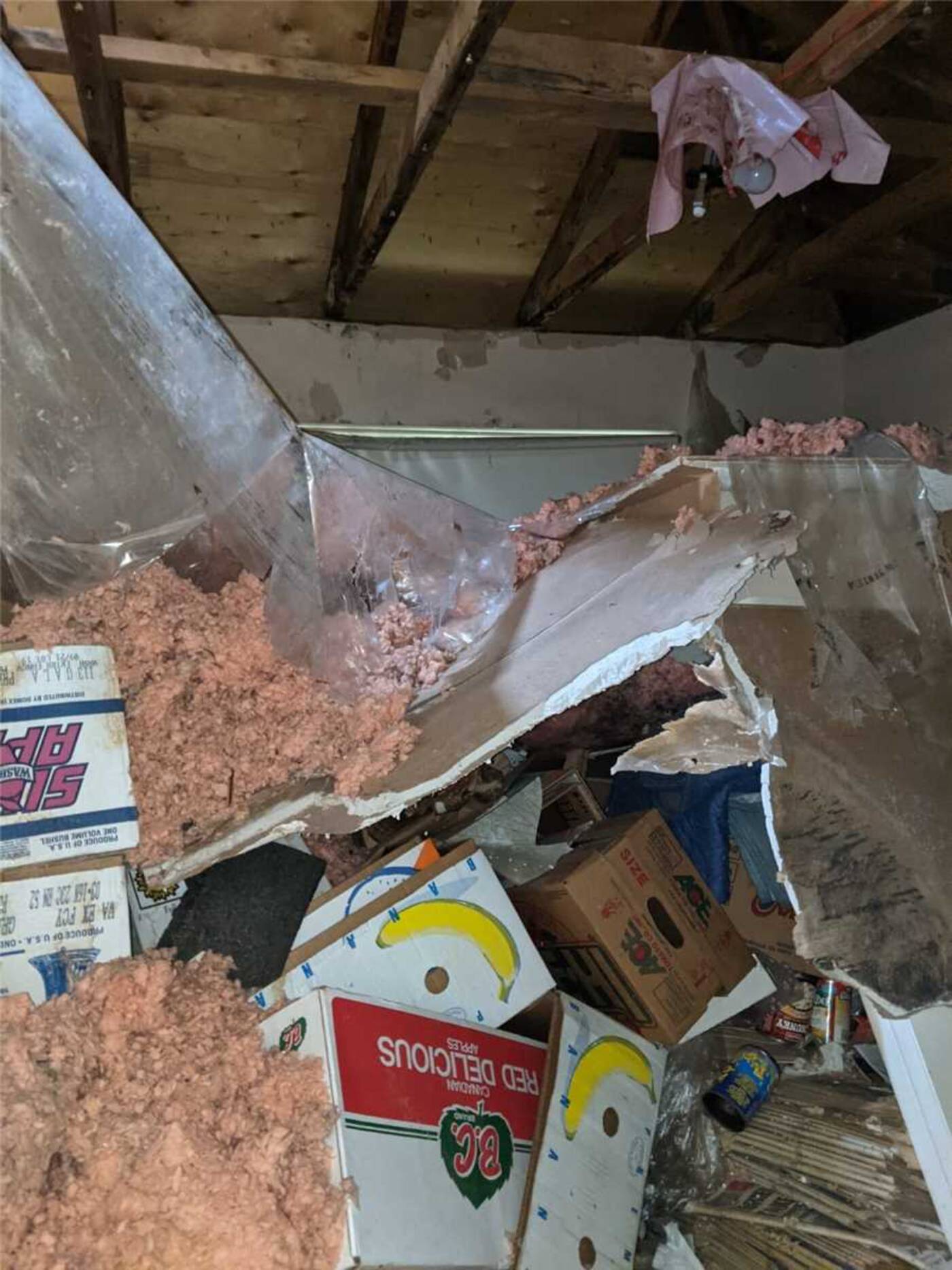 Should they not raze the place, the buyer will have to deal with roofs caving in from liquid leaks, insulation spilling down from the ceiling and some form of what might be mould or another toxic substance, from the look of it.

There may also be work required on the house's doors and windows, many of which are boarded up and look to be in various states of disrepair.

So why, you might ask, would someone would pay nearly seven figures for a property in this state?

Hyper-competitive red-hot real estate market aside, this home actually has some attractive features: An attached garage, three parking spaces, a full basement, that lovely brick exterior... but most importantly, it's got a great location.

Located in a residential subdivision near Highway 403 and Mavis Road, the house is surrounded on all sides by parks, schools, malls, restaurants and various commercial plazas.

It's a five minute drive from Square One and within walking distance of a Sky Zone Trampoline Park, which is enough of a sell for me to at least consider renting out a dumpster.