A parking space in downtown Toronto just sold for $123K

One of the greatest things about living in downtown Toronto is the ability to eschew driving: No car, no gridlock, no tickets, no exorbitant insurance fees, no problems.

You can literally get around faster on foot at rush hour than you would behind the wheel of a vehicle, not to mention by bike or by subway, and taking an Uber every day of the week can be cheaper than a tank of gas.

Still, a car is nice to have... but many of us urbanites don't for one simple, pricey reason: There's nowhere to keep them.

A condo-dweller who isn't lucky enough to nab an elusive residential street-parking permit (which aren't even available in most parts of the core) have few options if a designated parking spot didn't come with their unit.

They could rent a spot from somebody else within their building, if spots are available, or pay to keep their wheels in a commercial parking lot (hopefully somewhere within walking distance.)

The other option (aside from racking up tens of thousands of dollars in parking tickets) is to buy a spot. Plenty are available most of the time, but they're not exactly cheap.

Last year, in his annual roundup of Toronto's most and least expensive sales,  realtor Scott Ingram revealed that someone had sold a parking spot beneath the SoHo hotel for a whopping $85,750. 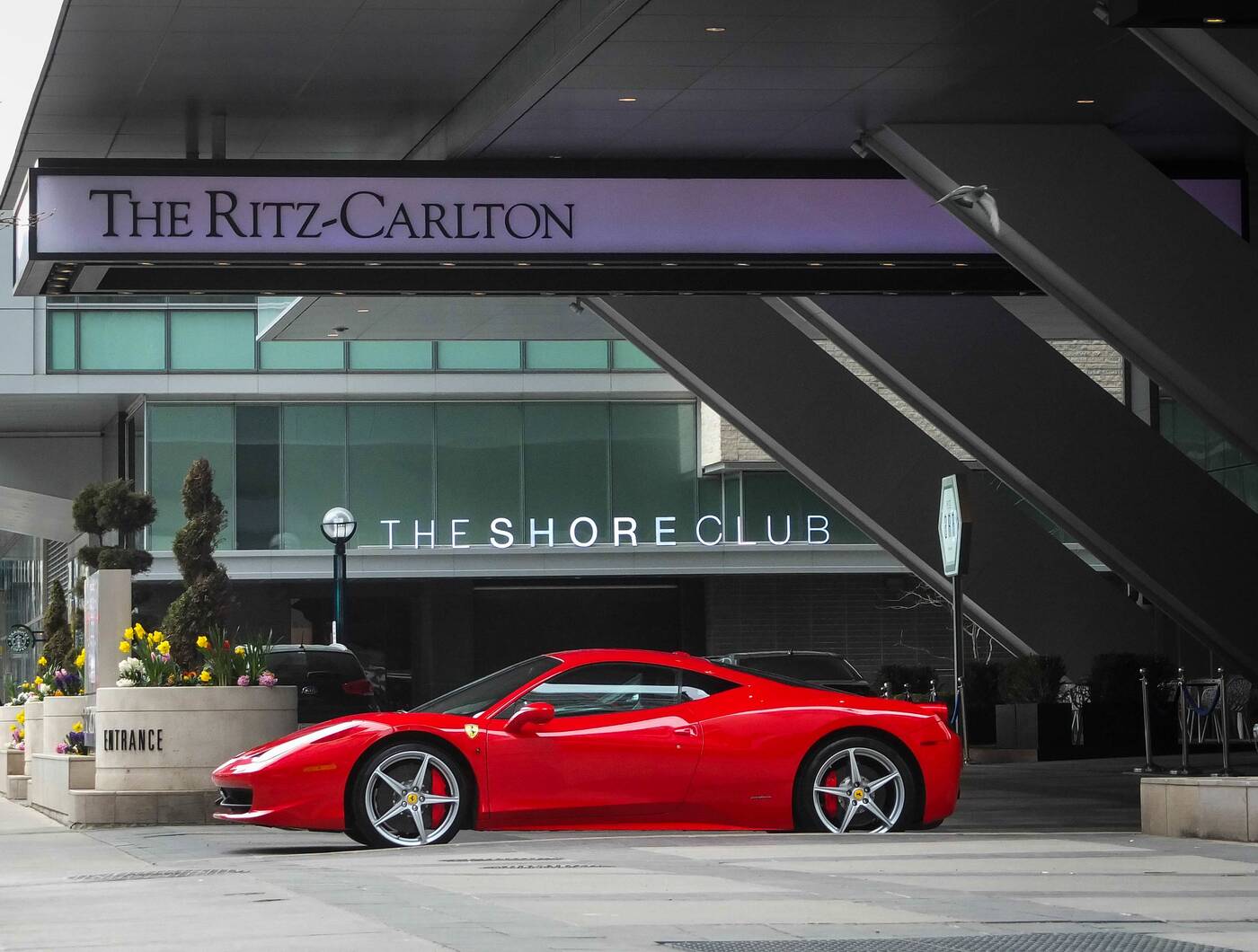 Valet parking is available at the Ritz-Carlton Residences, though it is not clear if that service is included as part of the $123K sale price for a single parking spot. Photo by Bruce Reeve.

"From last year's winner at Wellington and Blue Jays Way we have to walk a couple of blocks east to the Ritz-Carlton Residences. Last year's 2019 list had most expensive parking spot at just under $86K," reads the "most expensive condo parking space" section of Ingram's freshly-published 2020 MLS Awards.

"I speculated that the owner might not even live there since there was no such restriction on the use. This year's $123K winner has to actually be a resident of the building."

I mean, if you can afford to live in the Ritz you can probably afford an extra parking space for one of your 'raris — and to be fair, a lot of luxury cars are spotted heading into and out of that building.

But this wasn't the only spot that went for north of six figures last year.

Ingram points out that there were actually three parking spots to hit the $100,000 sale mark in 2020. The other two were at 197 Yonge Street and 1 Bloor Street East.

"This one's out by Dufferin and Lawrence, and was 3 times cheaper than the next cheapest spot ($15,000 by Finch and Highway 27)," noted Ingram of the space under 760 Lawrence Ave West.

You can see the realtor's full roundup of the most and least expensive condos, houses and even storage lockers sold in the 416 last year right here.