While many office buildings in Toronto keep a historic heritage building and then build around it — like Brookfield Place, which has the old bank building in the atrium or the MaRS Discovery District which has a former wing of the Toronto General Hospital in it – I wouldn't say many homes do that.

But this Victorian Cabbagetown house at 414 Sumach Street has done just that — they've built a home within a home and it is a marvel. 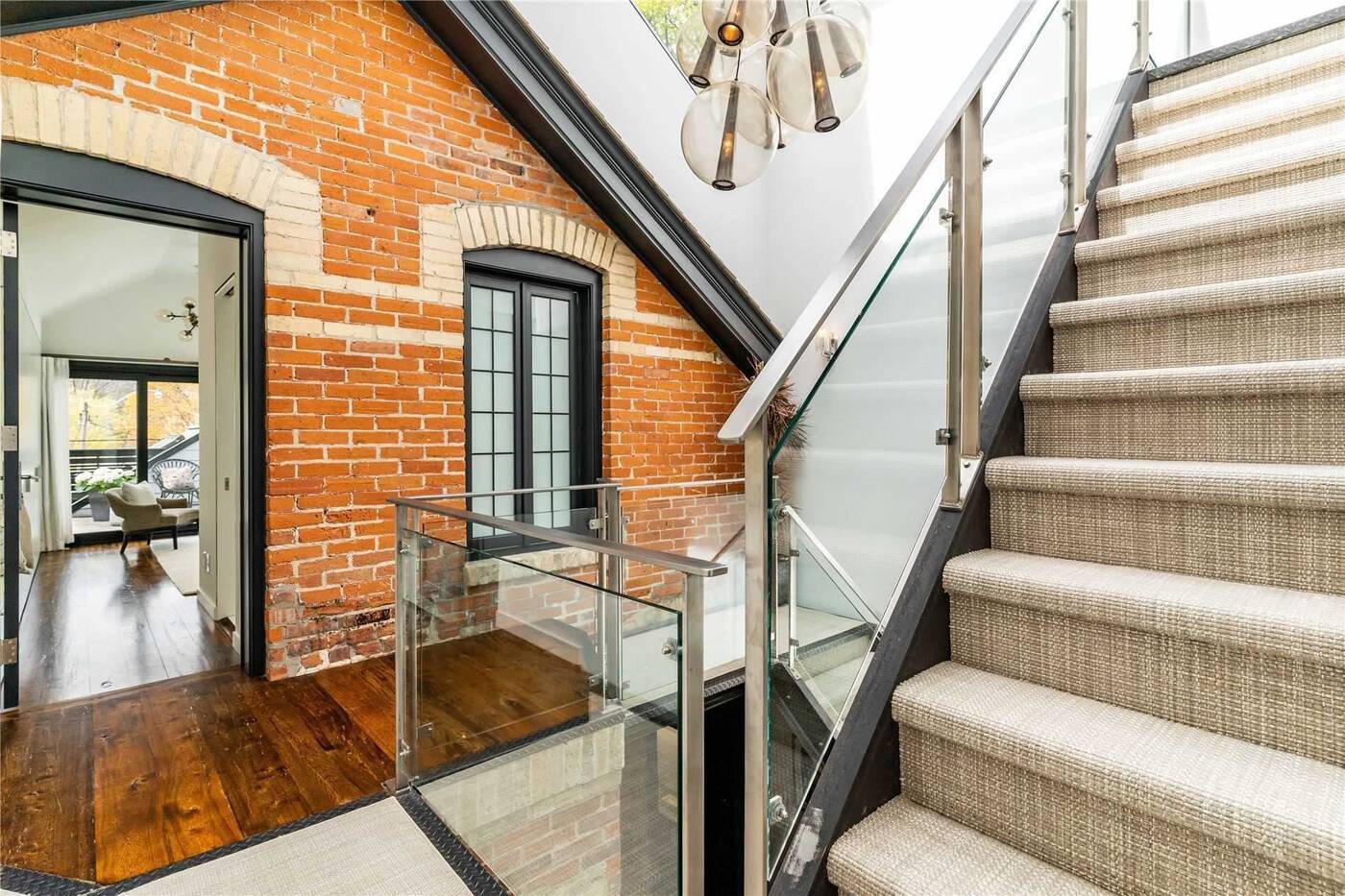 Classic Victorian brick can be seen in contrast to the modern stairs.

The original home, which was  a two-storey gardener's cottage, was built in 1860 and the second house was wrapped around it in 1982.

The design was the genius of Michael Hatch Designs Ltd. and the front facade of the two-storey gardener's cottage is now a dramatic architectural feature in the living room. 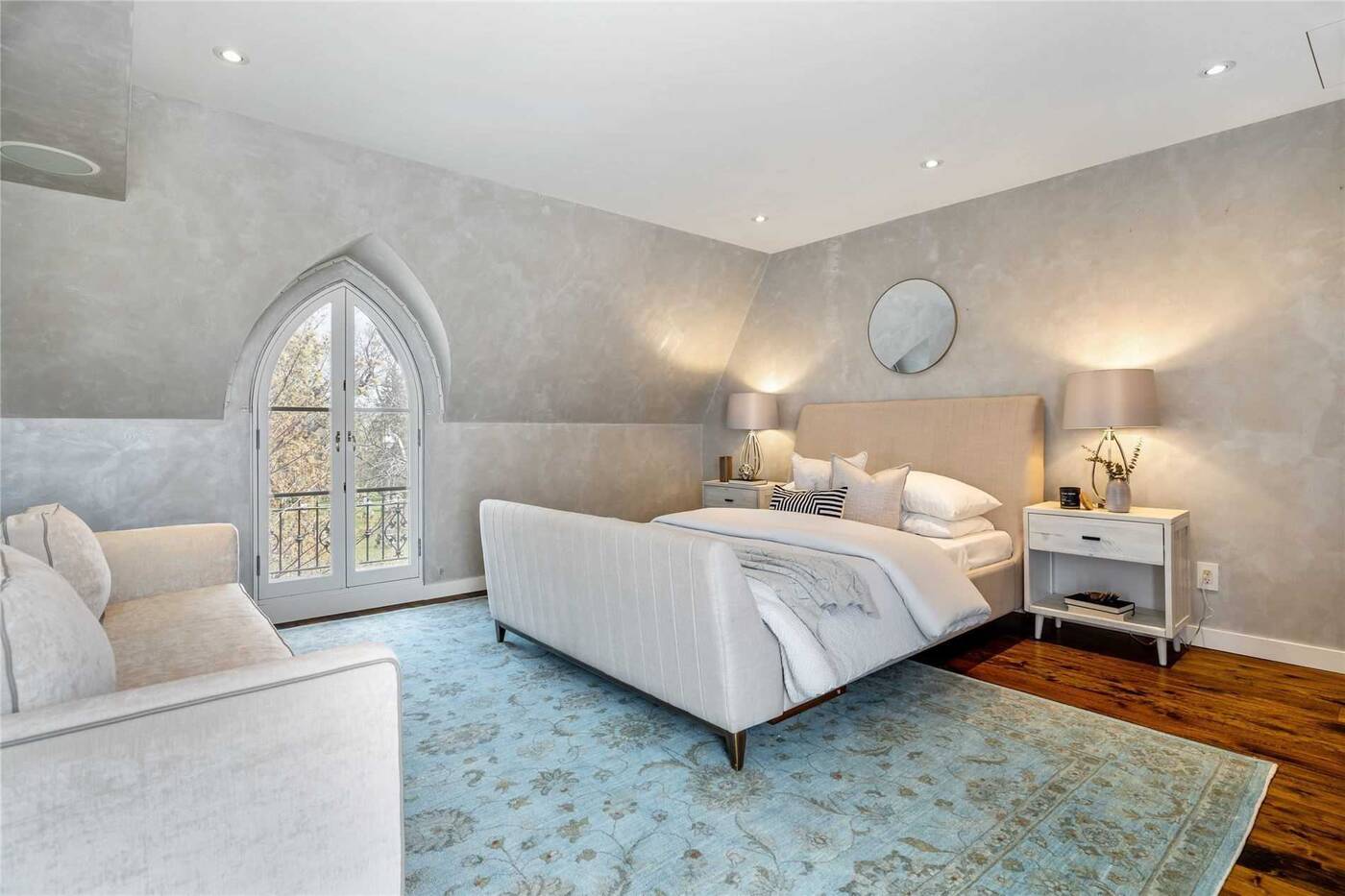 The third storey bedroom is a quiet retreat.

If you've ever done architectural walking tours of the neighbourhood, this home likely would have been one of the stops because it's probably the most interesting house in Cabbagetown.

Or in the word's of Sotheby's International Realty Canada listing agent Ron Reaman: "It really is hands down the coolest, hippest house I’ve ever seen in Cabbagetown…and maybe all of downtown TO!" 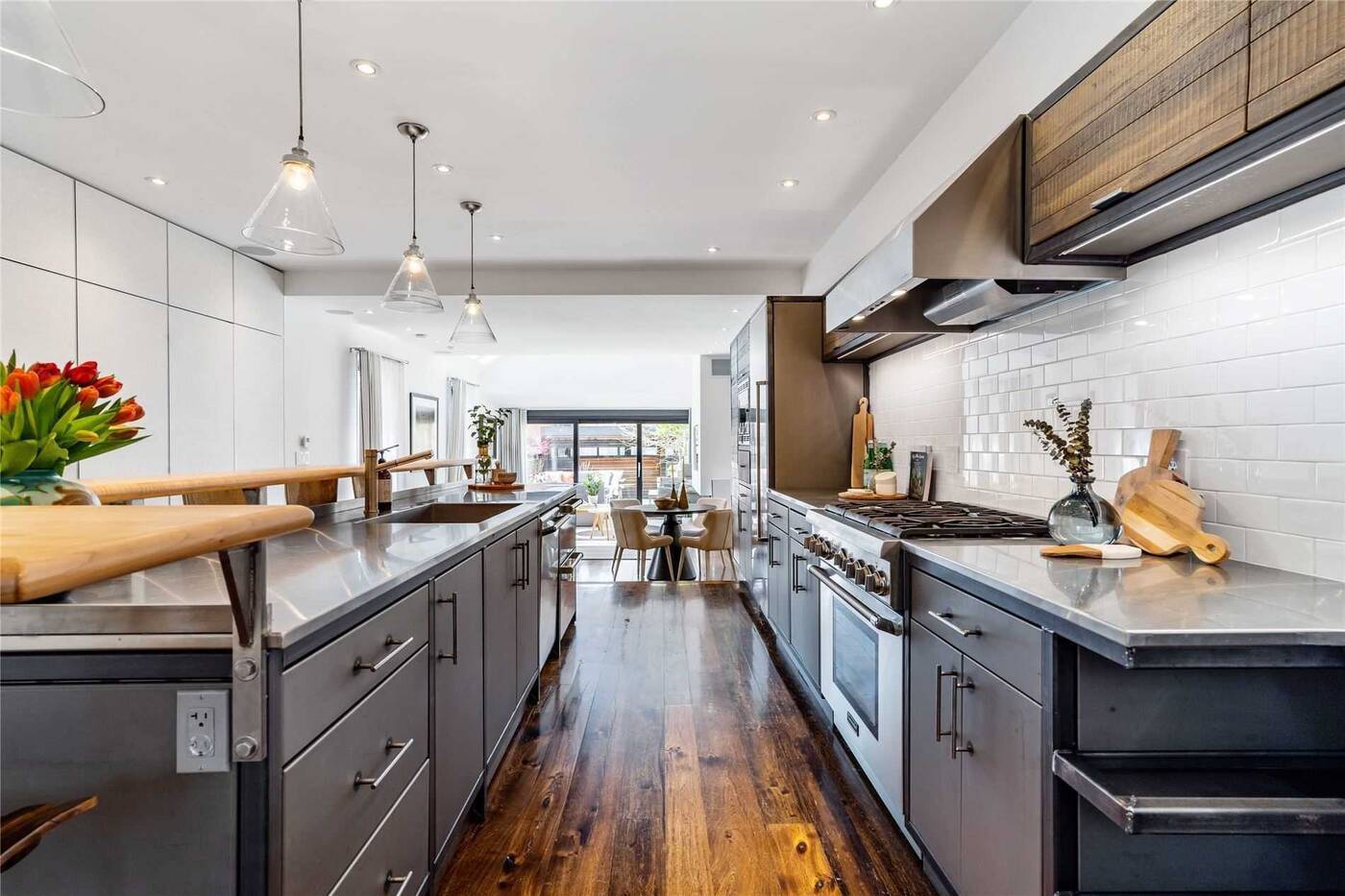 And now this fascinating piece of Toronto architecture is listed for $3,195,000. 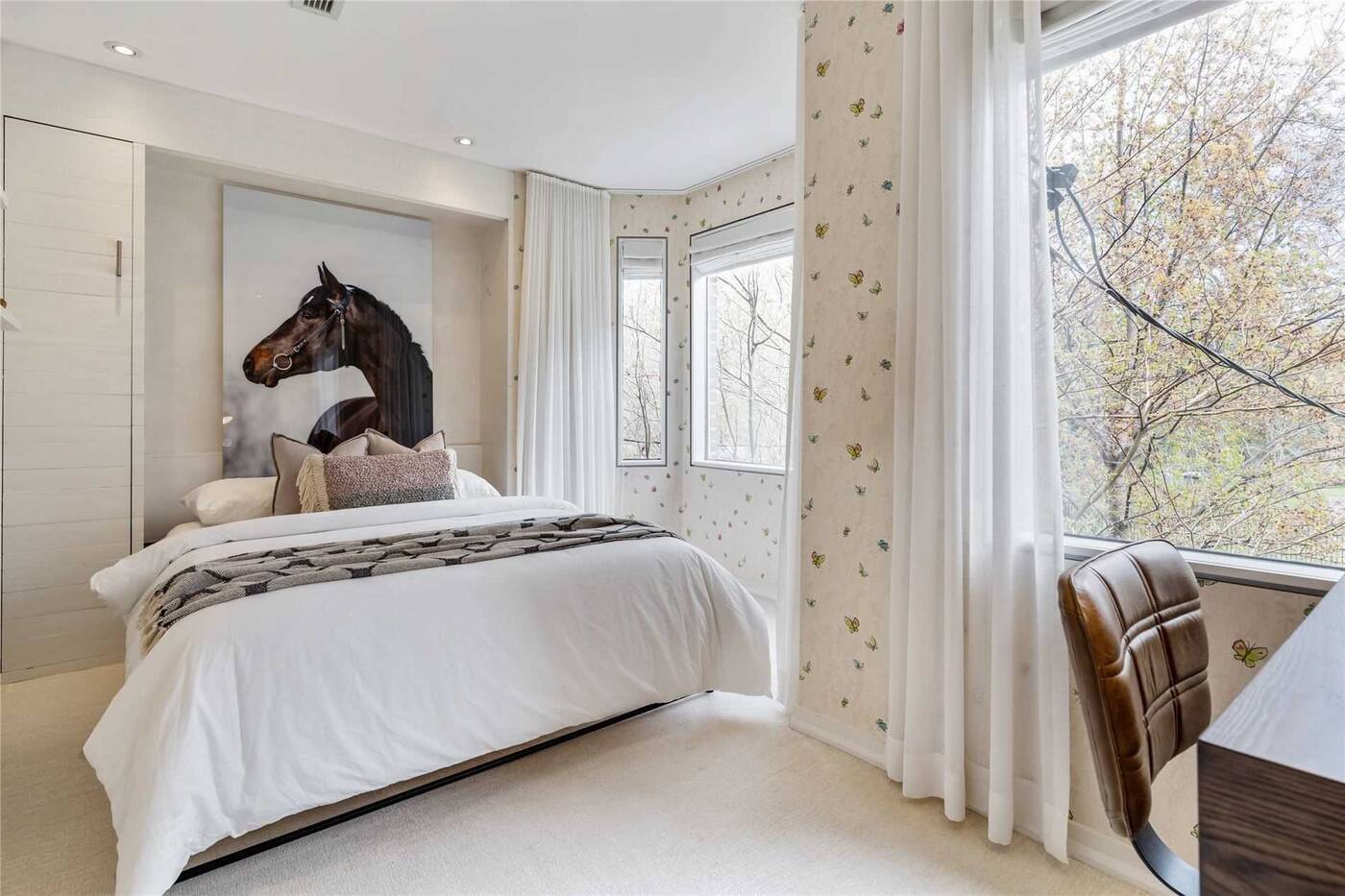 As for practicalities, the home has three bedrooms and three bathrooms. 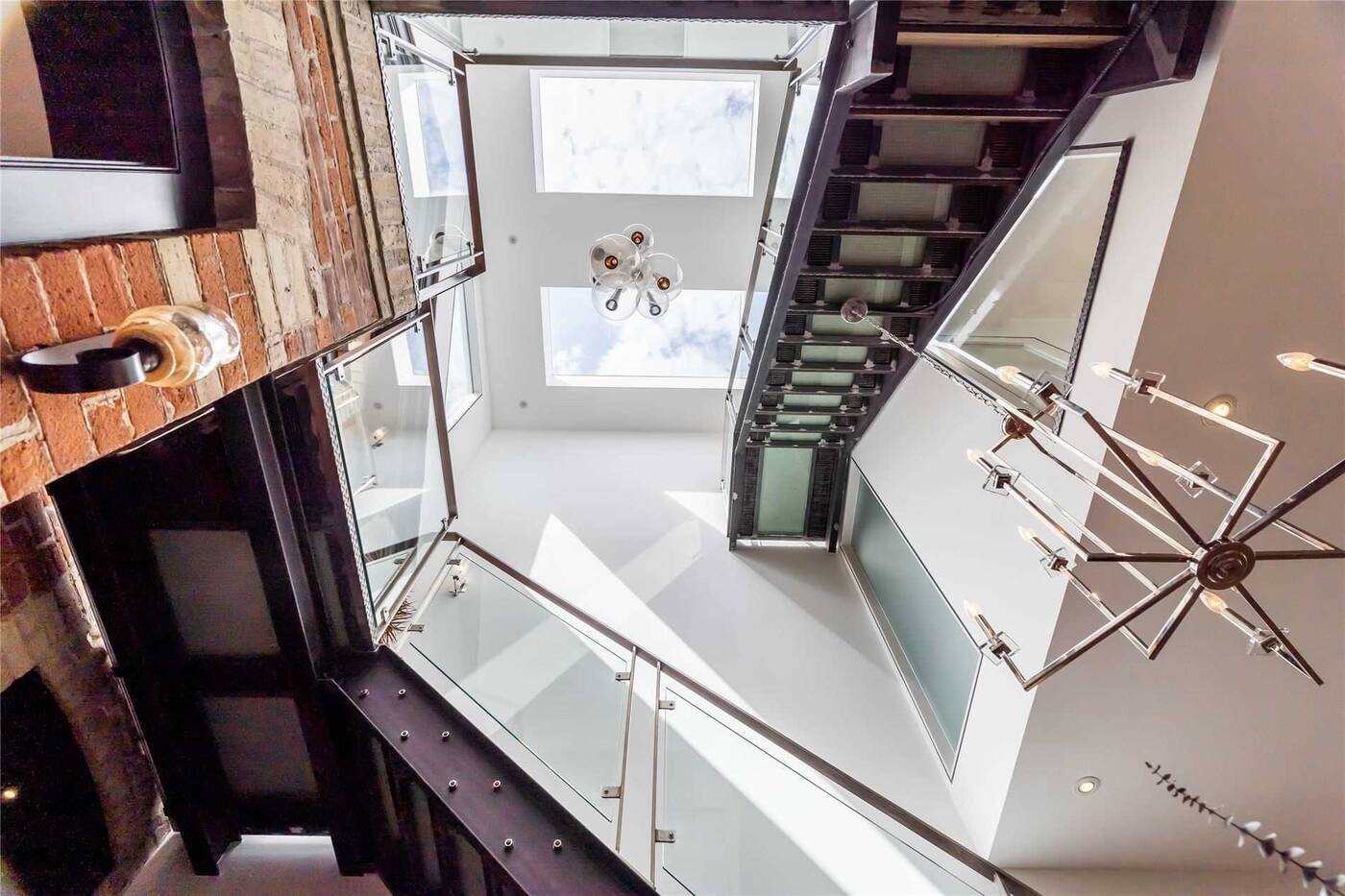 Twin skylights let lots of natural light into the stairwell.

The interior has industrial touches throughout, like the stainless steel kitchen and the industrial steel and glass cantilevered staircase that spirals three storeys upward. 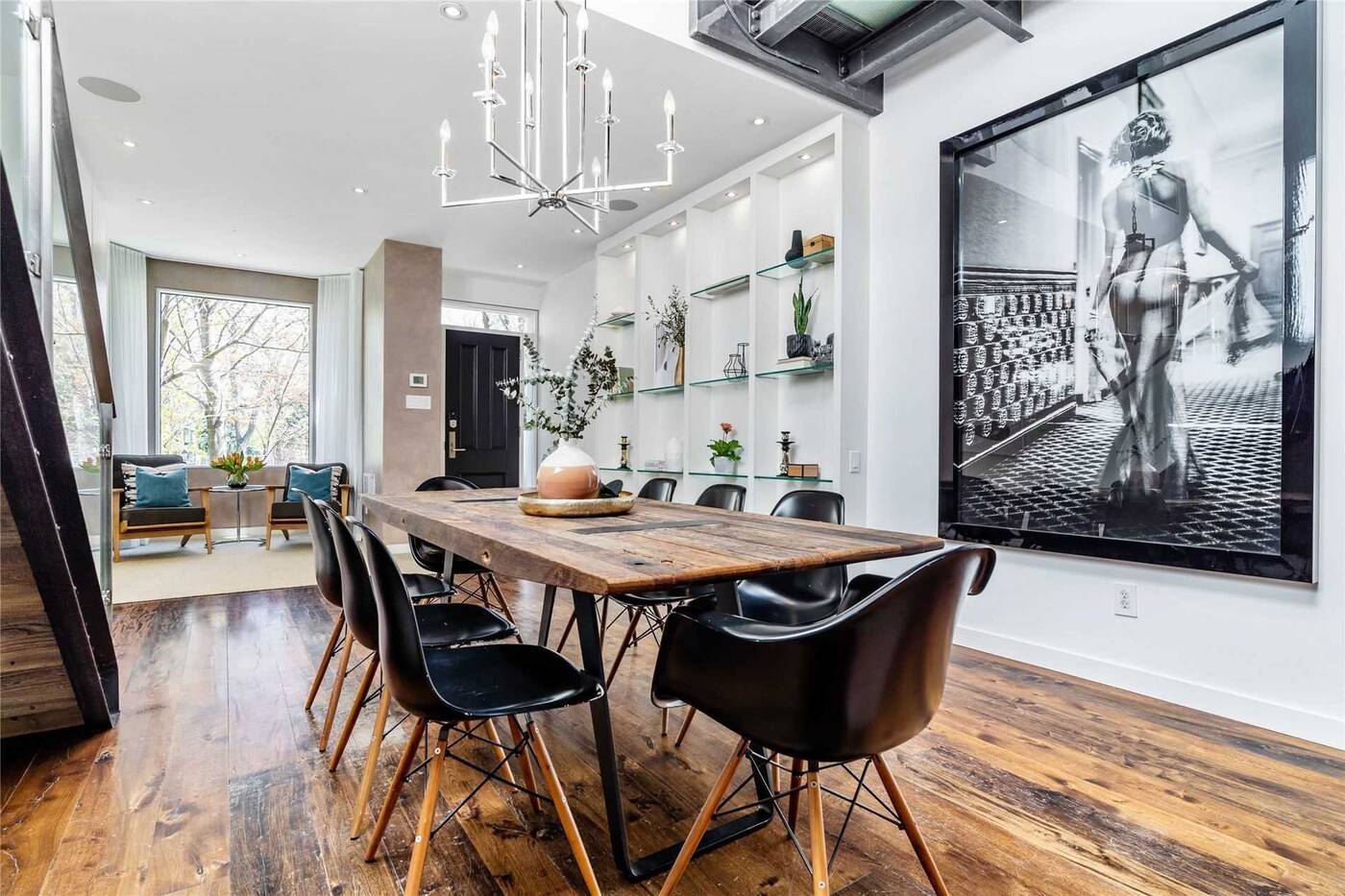 The home is also close to Riverdale Farm.

The main floor is open concept with lots of natural light. The sliding glass doors that open onto a backyard offer great indoor-outdoor living. 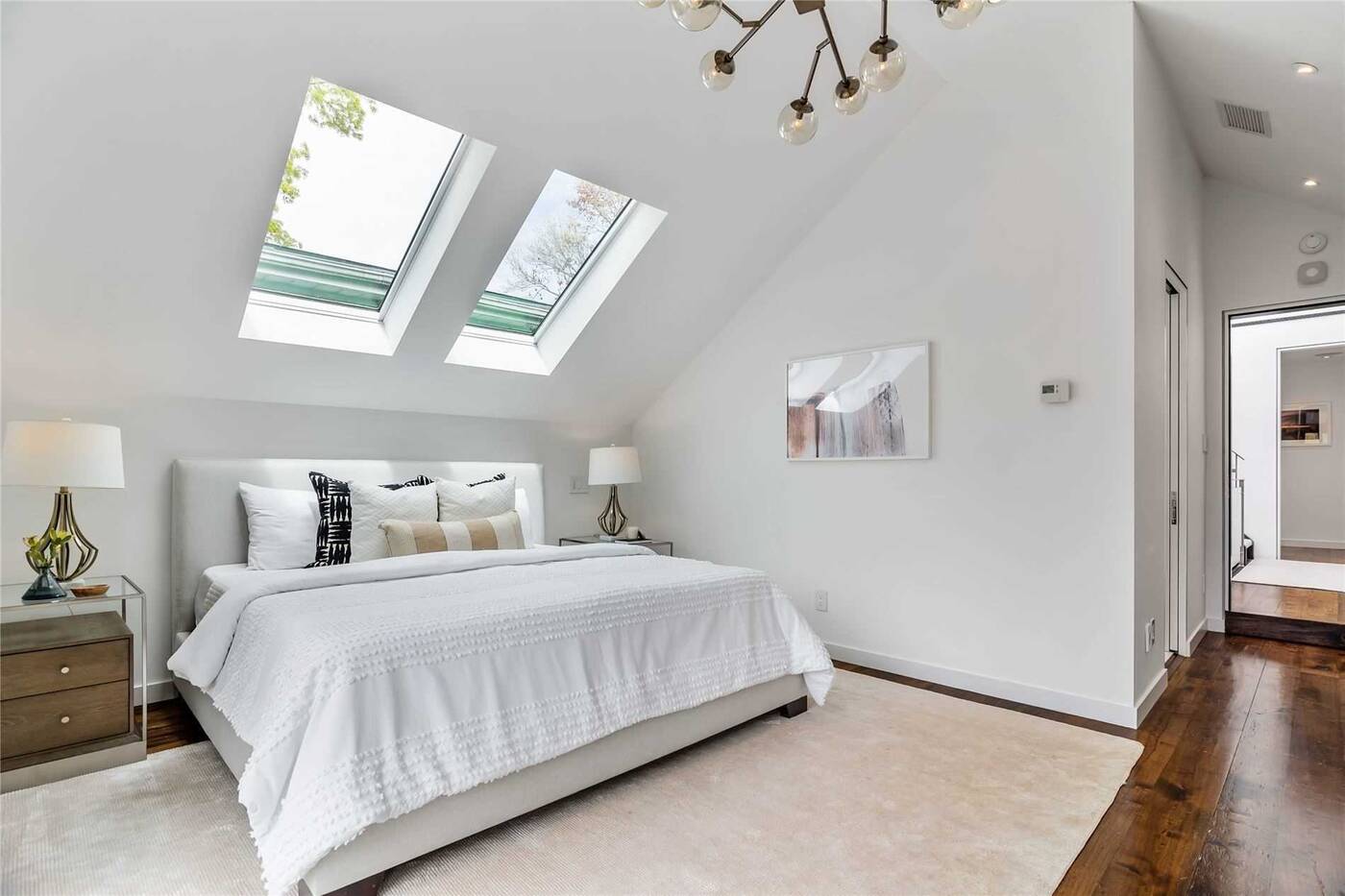 The primary bedroom suite has a five-piece spa ensuite and a walk out to the second floor sundeck. 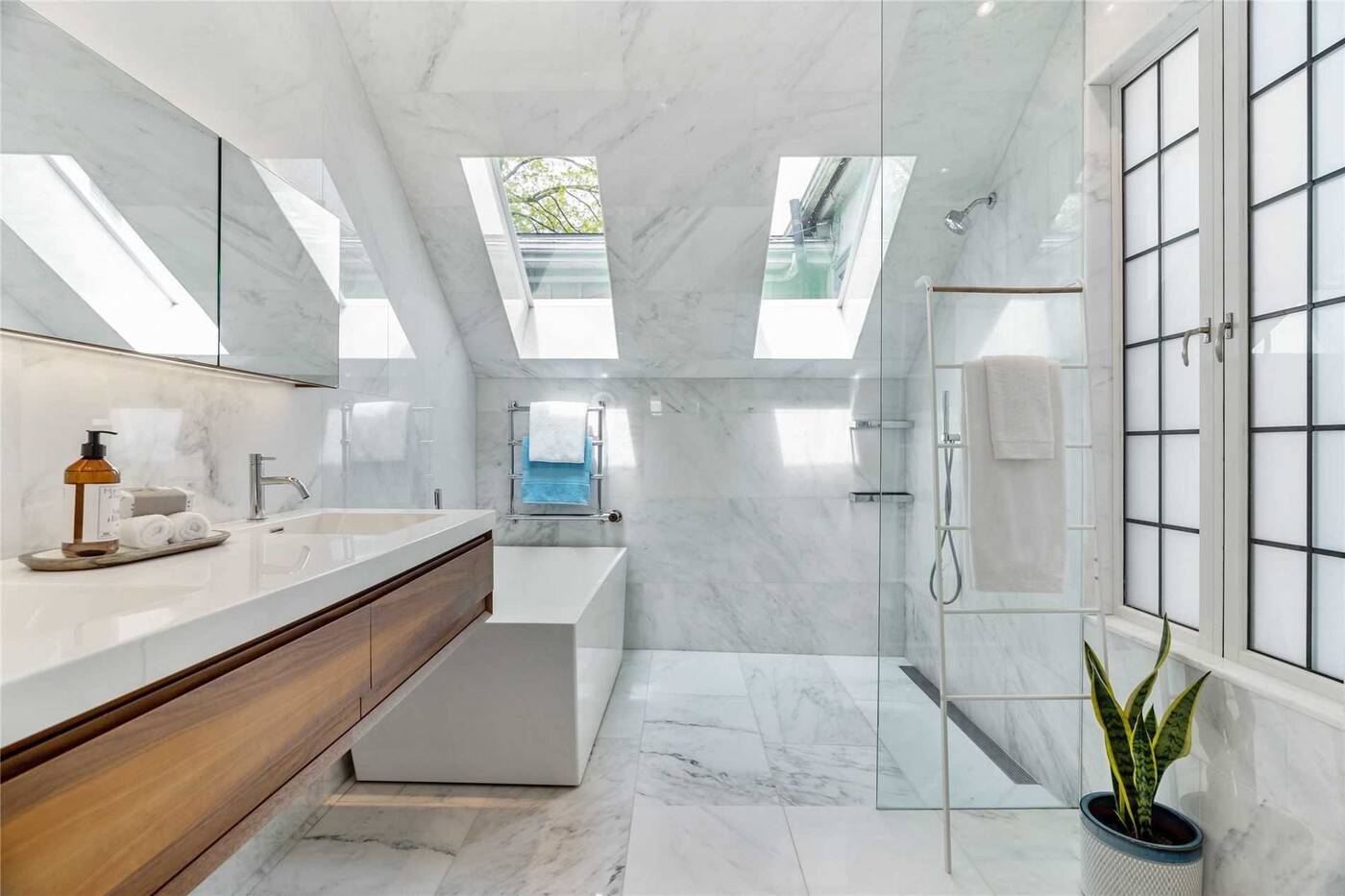 The home also has a detached double garage with a TESLA charging station. 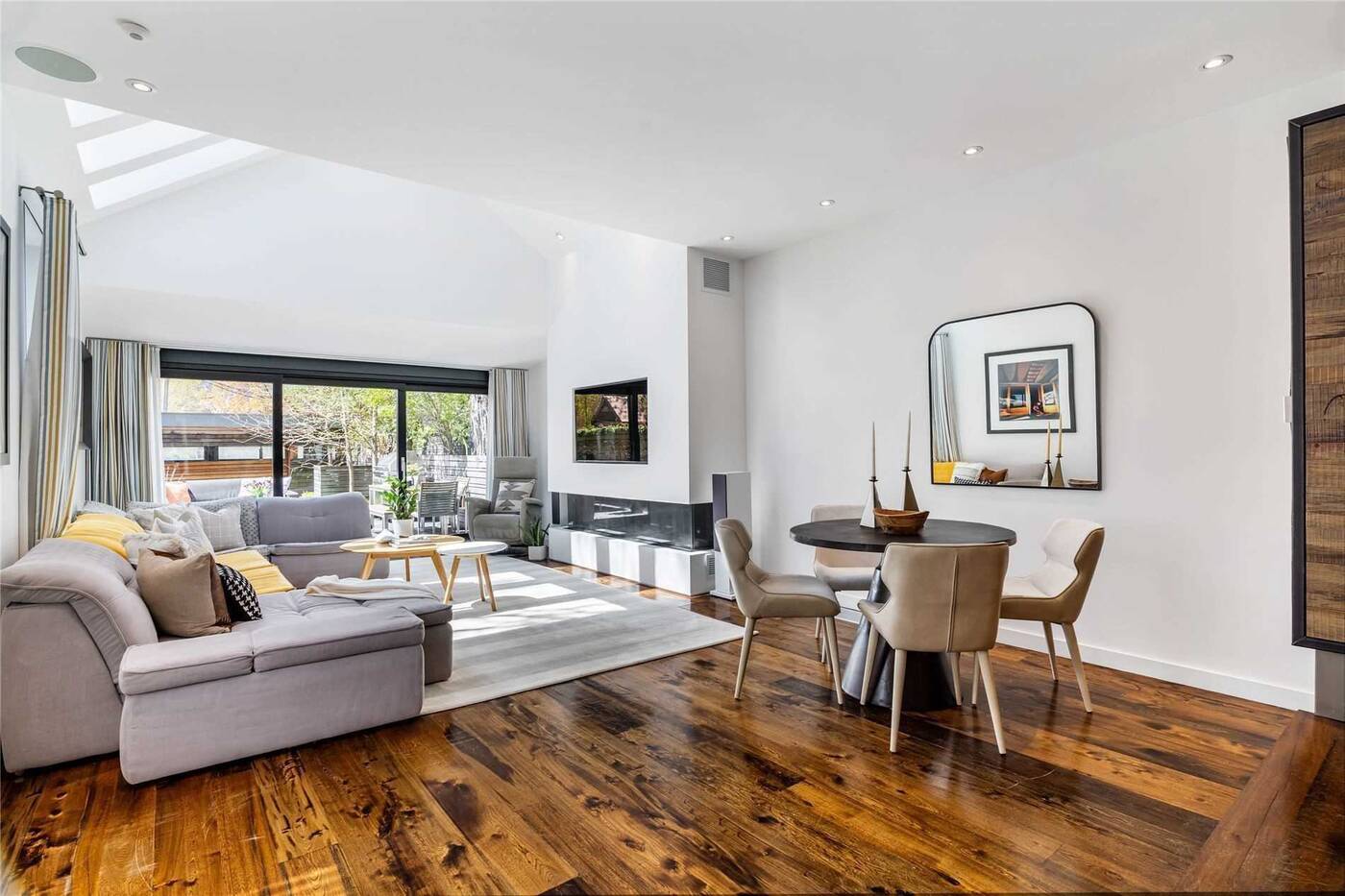 The family room features a fireplace and wall-to-wall sliding glass doors that open onto a private backyard oasis.

So if you're into unconventional homes, this is about as cool as it gets. 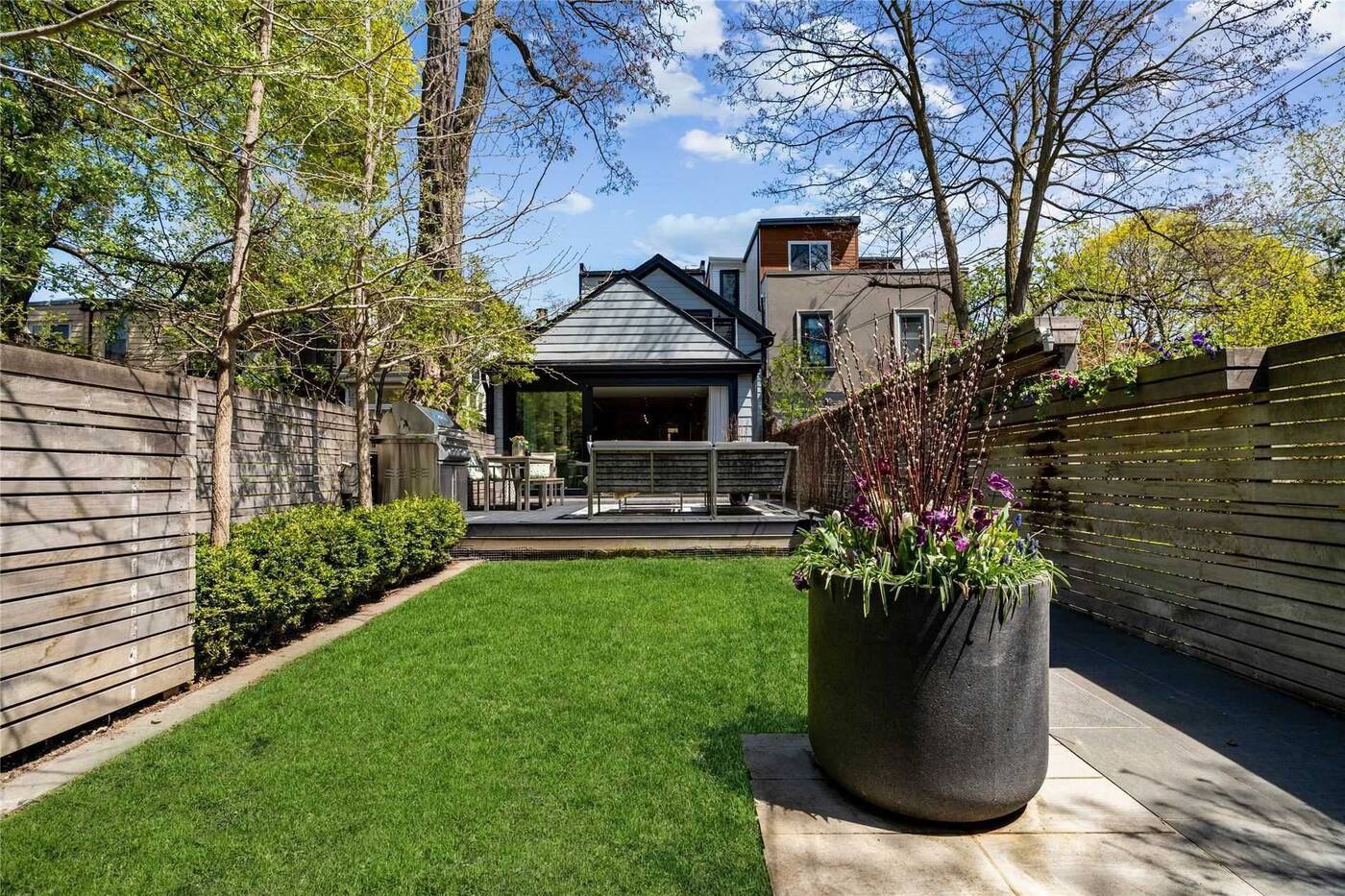 The backyard has a sprinkler system.