Movie fans take note — the fabulous tribute to the architecture of Athens featured heavily in the comedy My Big Fat Greek Wedding is now for sale in Toronto.

Those who watched the films will remember the home is practically a character in the film, which tells the story of a shy Greek woman, Toula Portokalos, (Nia Vardalos) who falls in love with a non-Greek man, Ian Miller (John Corbett), then struggles to have her huge family accept him and not overwhelm him.

The home is seen in this shot of the 2016 movie My Big Fat Greek Wedding Two.  Via Screen Shot Universal Films

The Portokalos family home is a central character in the film, and while still recognizable, doesn't have the massive Greek flag painted on the home's garage nor the over-the-top lawn adornments. 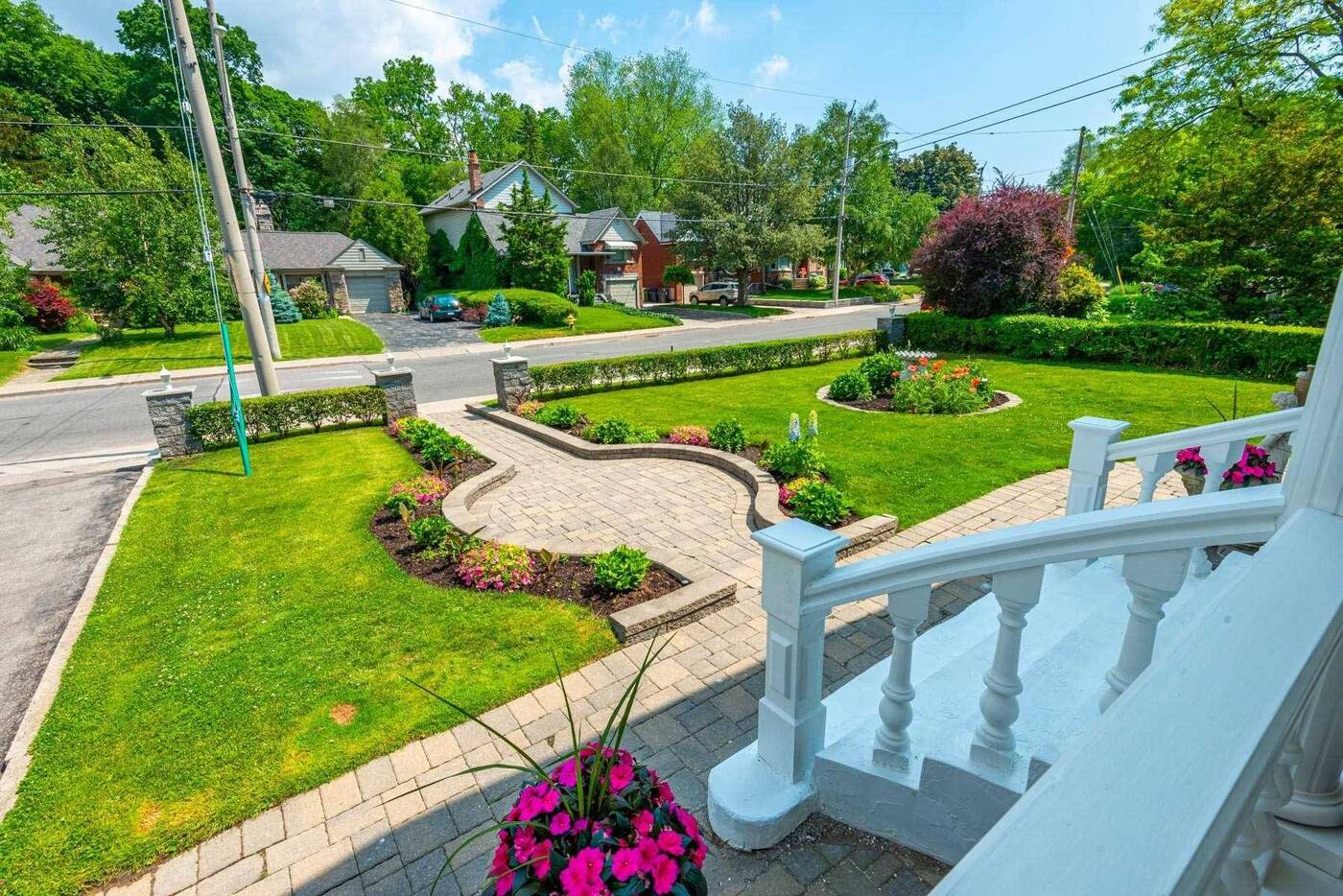 The lawn is well-manicured and tidy.

It does still have "some of the same unique architectural trimmings, and ornamental details on its facade," according to the realtor, Mike Catsiliras of Blue Door Realty. 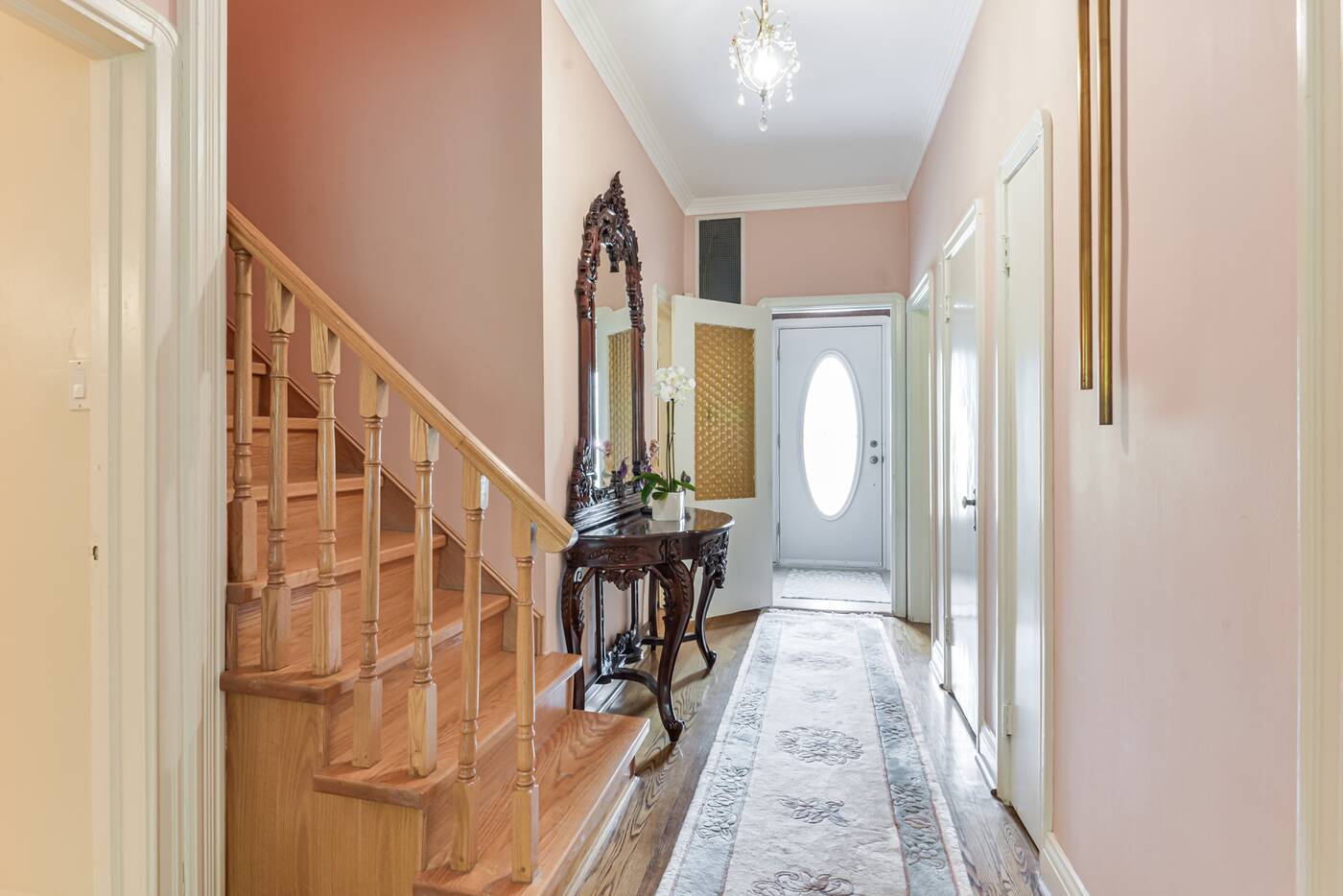 Inside the home is like an average Toronto home.

The home, located in East York, sits on a beautiful ravine lot.

Inside it looks like a typical large Toronto home. 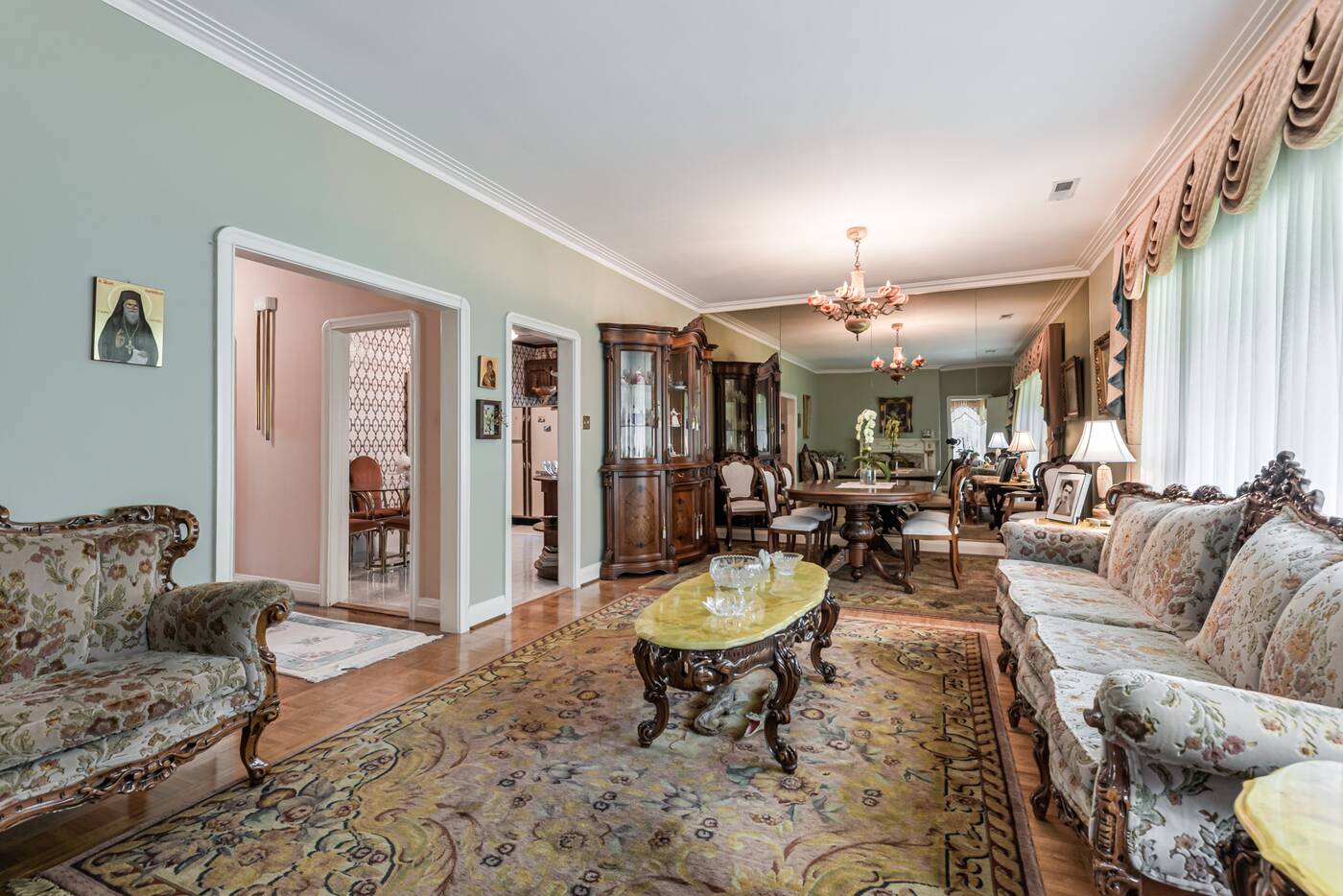 The living room has huge windows for tons of light.

On the main level, you will find a living room with large picture windows. 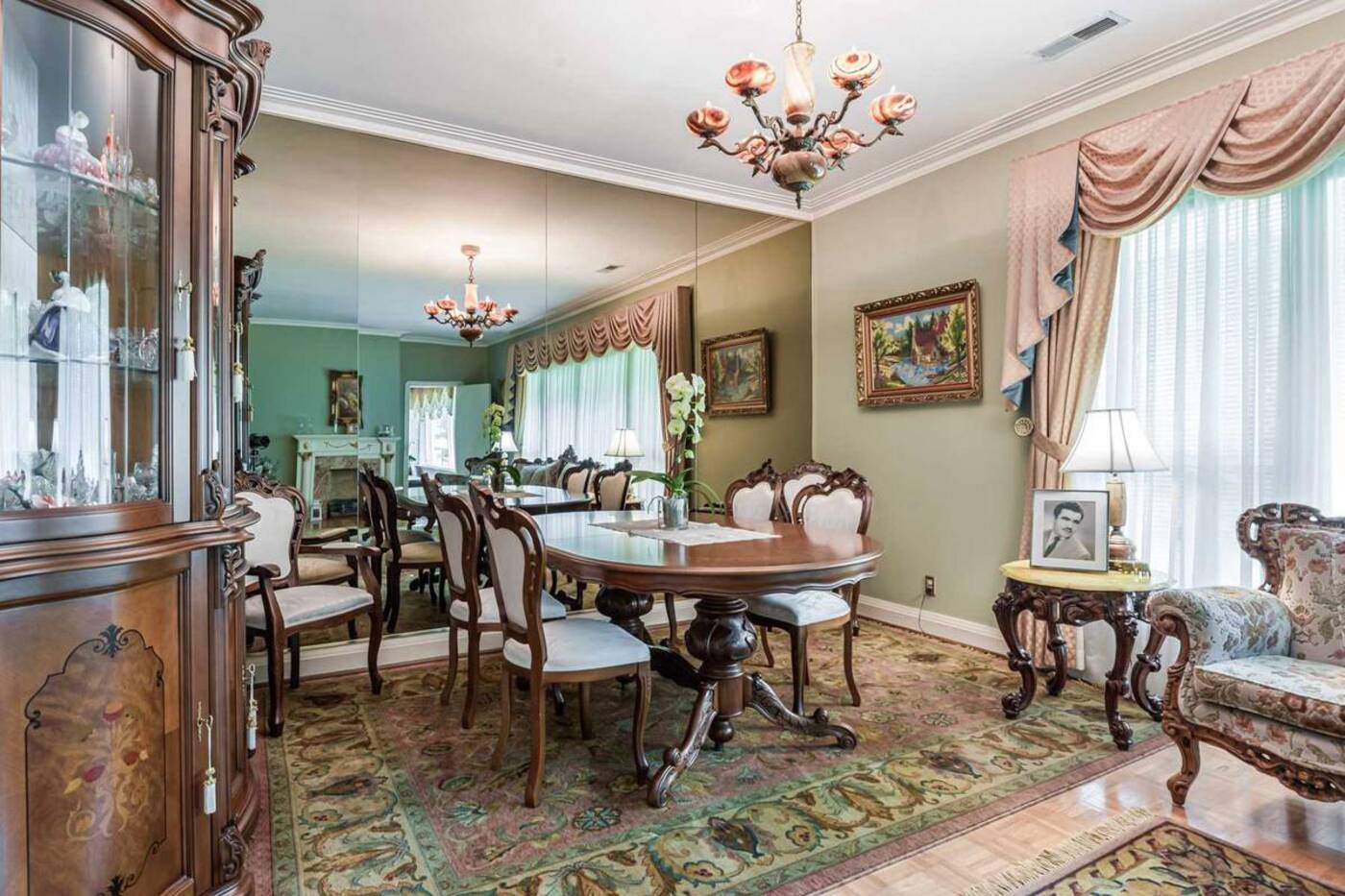 The dining area is formal and in an open-concept style.

The dining area is formal with a large mirror, which makes it look larger than it really is. 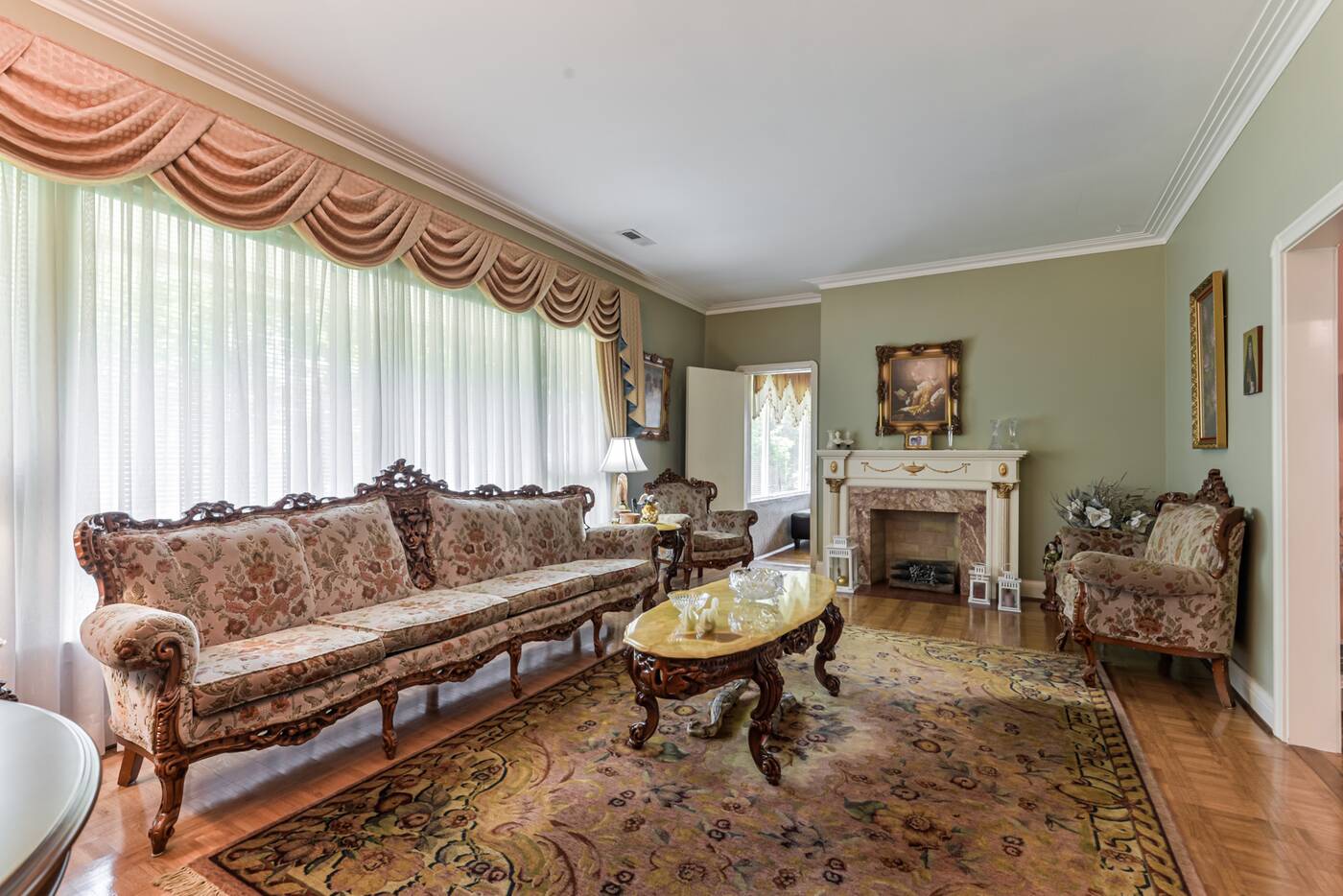 The living room has a fireplace.

There is also a sunroom with space for a piano. 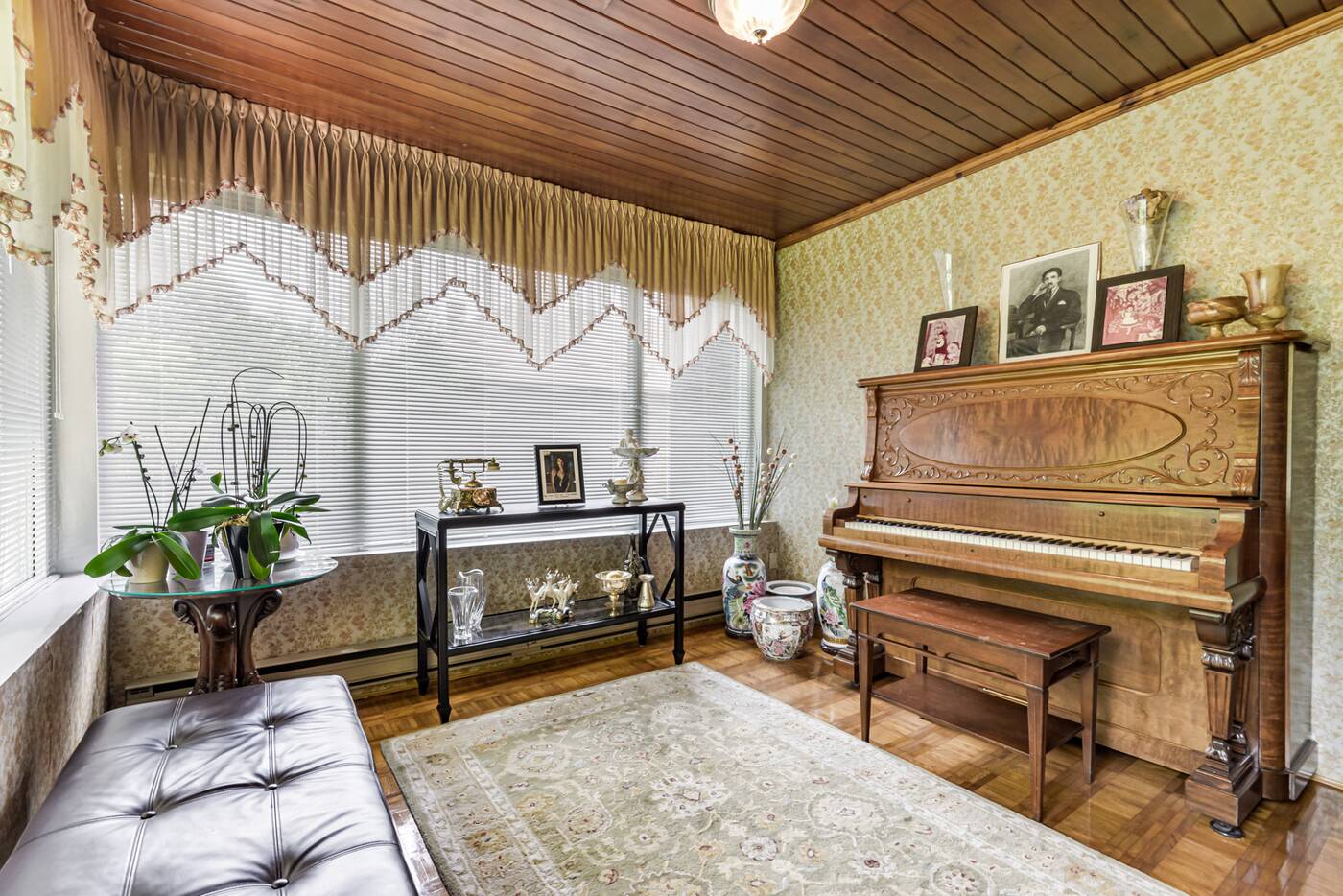 The sunroom is large enough for a piano.

The kitchen has a time-warp circa 1970s vibe. 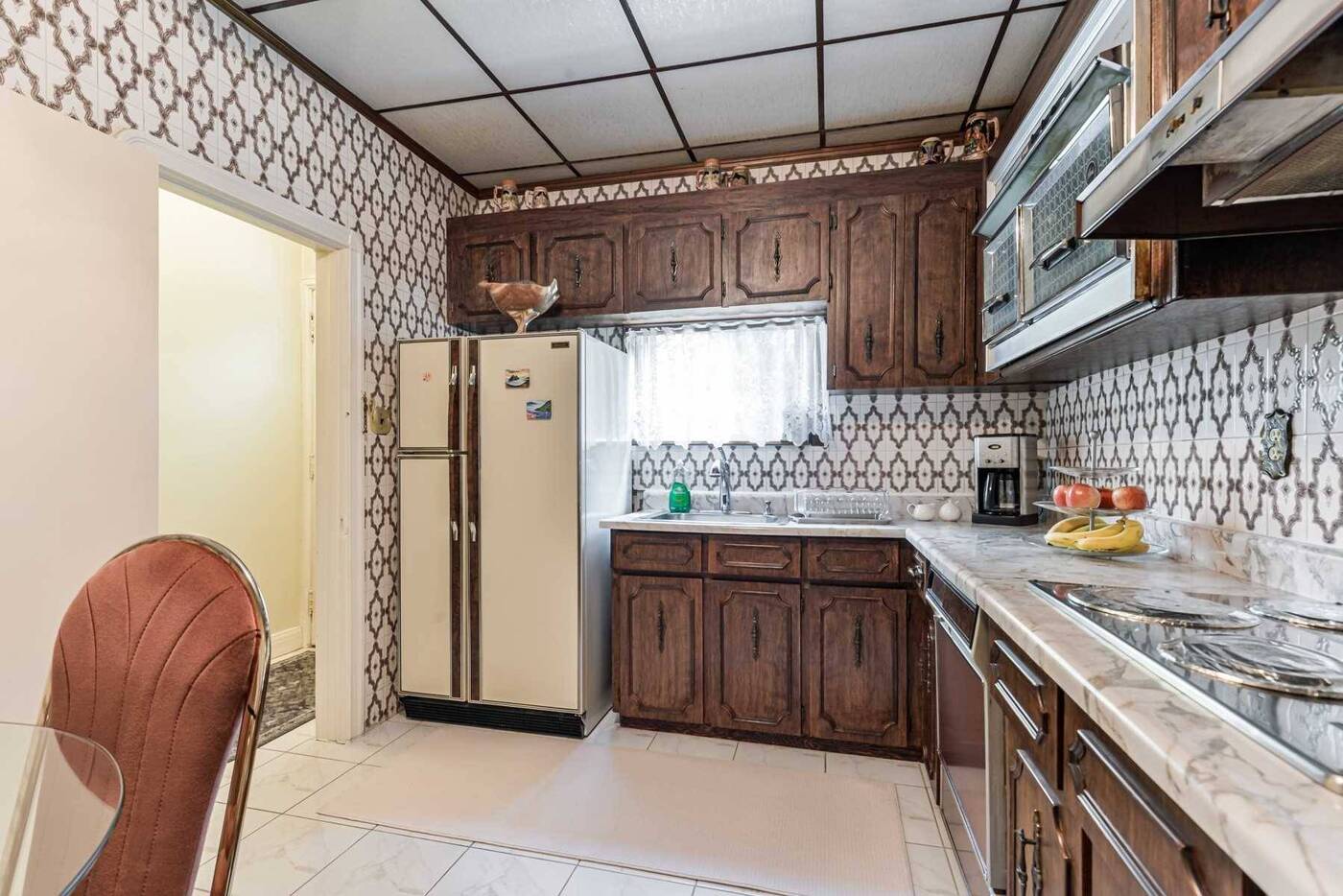 You may feel like you stepped into the 1970s in this kitchen.

It comes with two bedrooms on the main floor and two bedrooms, including the primary bedroom, on the second floor. 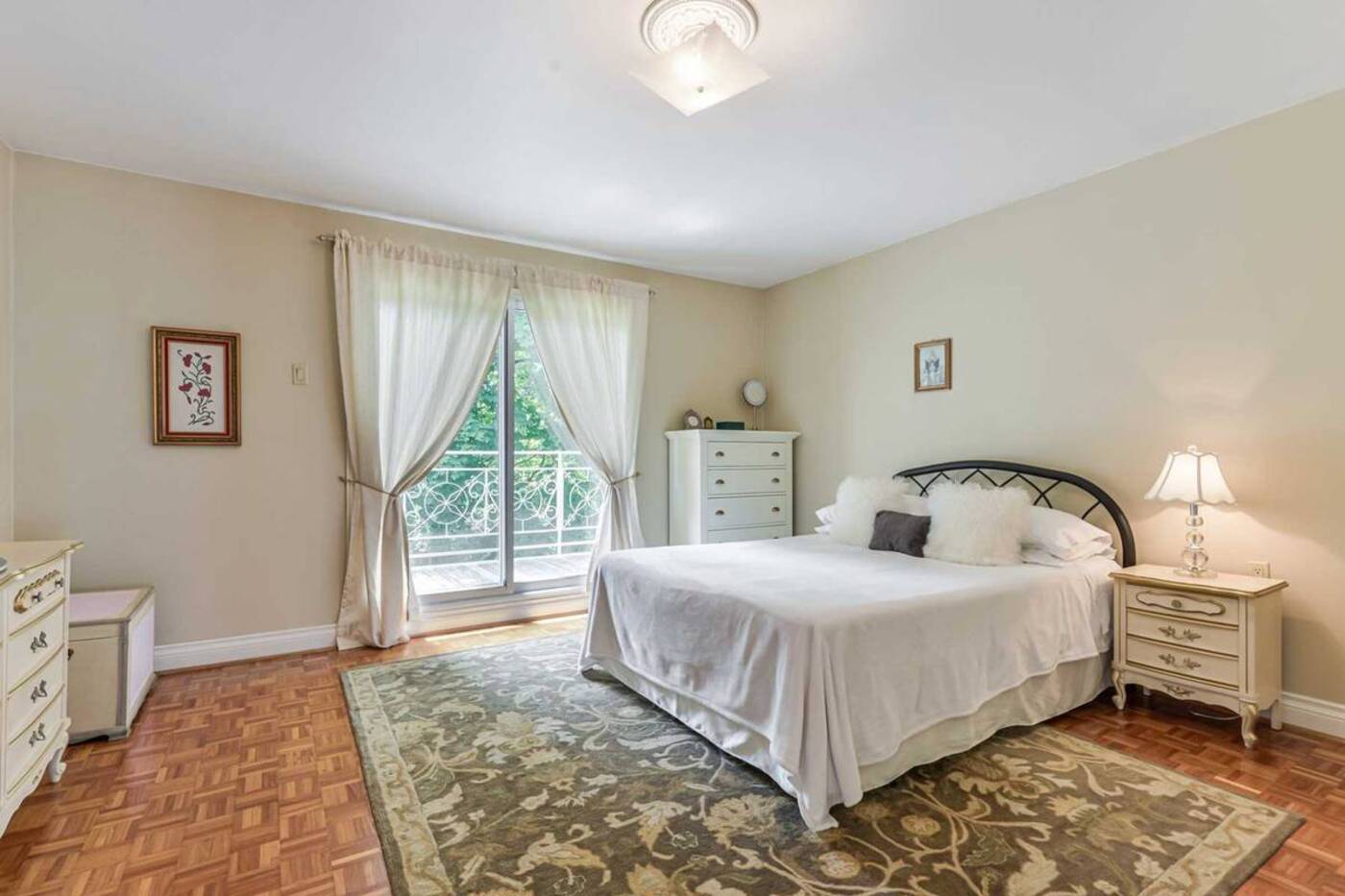 The primary bedroom has a small balcony.

There are three bathrooms in the home including one on the second floor. 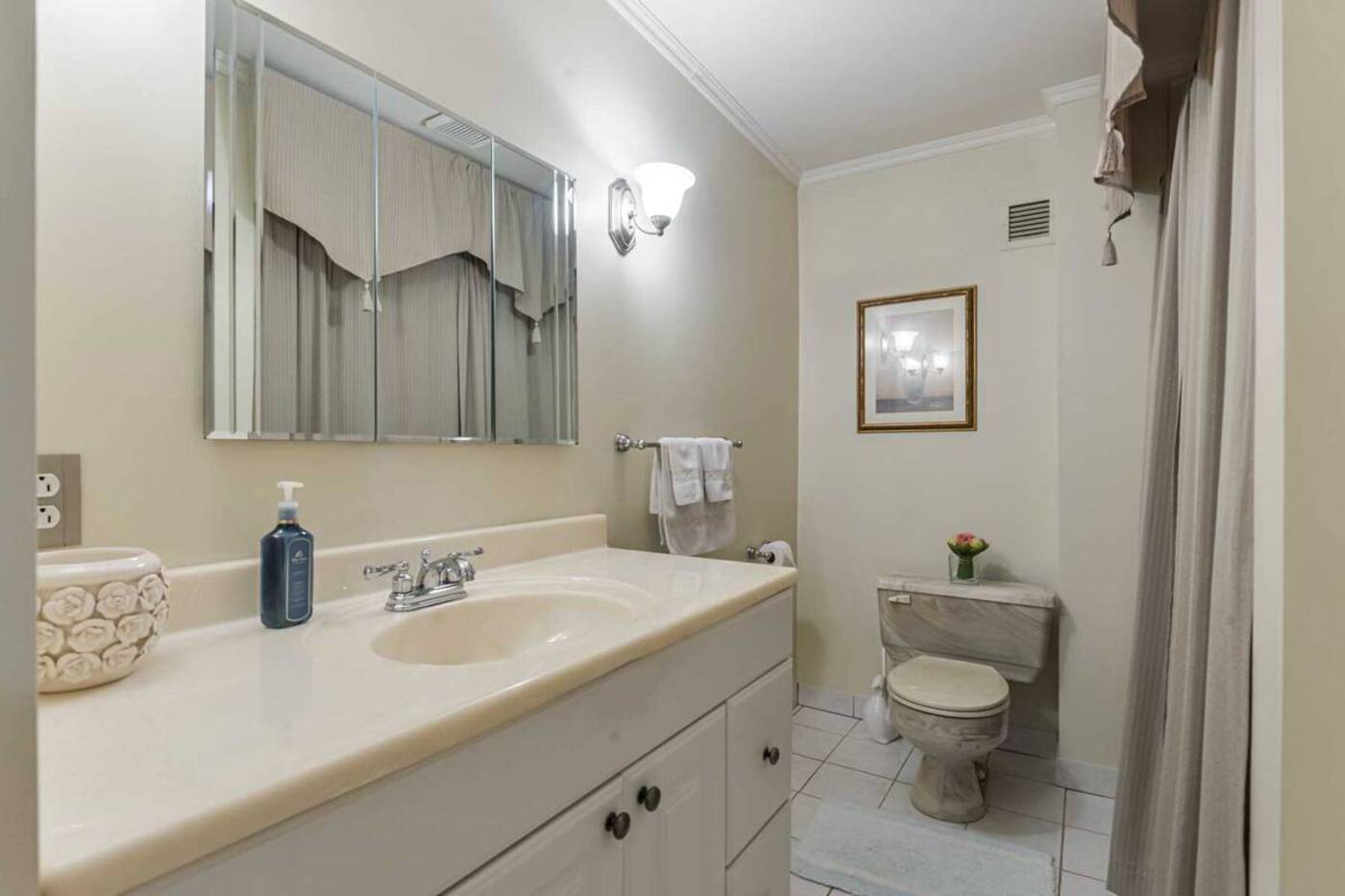 The bathrooms are underwhelming.

Upstairs bedrooms have small balconies overlooking the front lawn and the backyard. 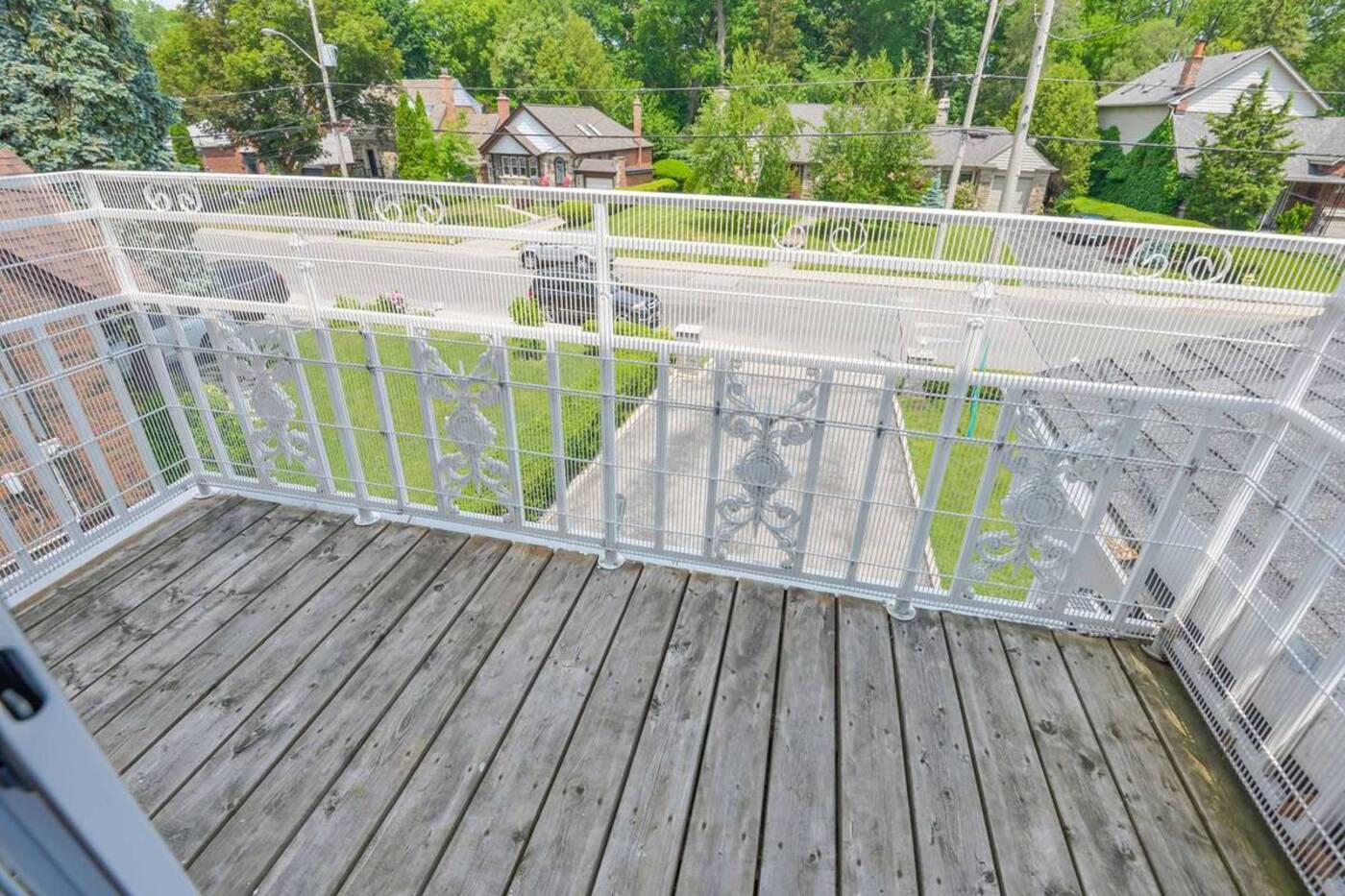 Both bedrooms upstairs have balconies.

The basement has a small in-law suite with the fifth bedroom and second kitchen, as well as a living area. 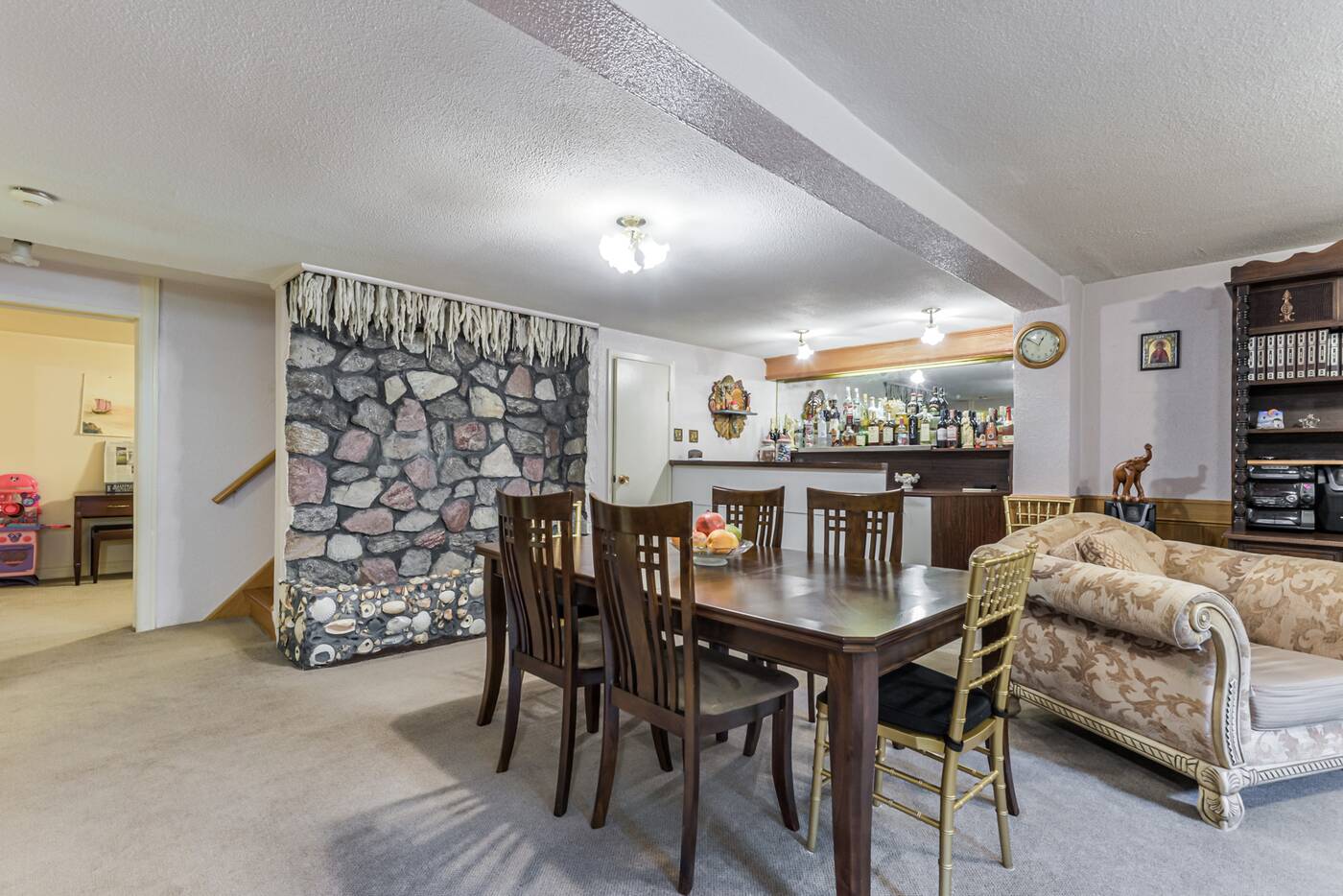 The basement has a recreation room and bar.

The backyard is large with trees and space for a garden. 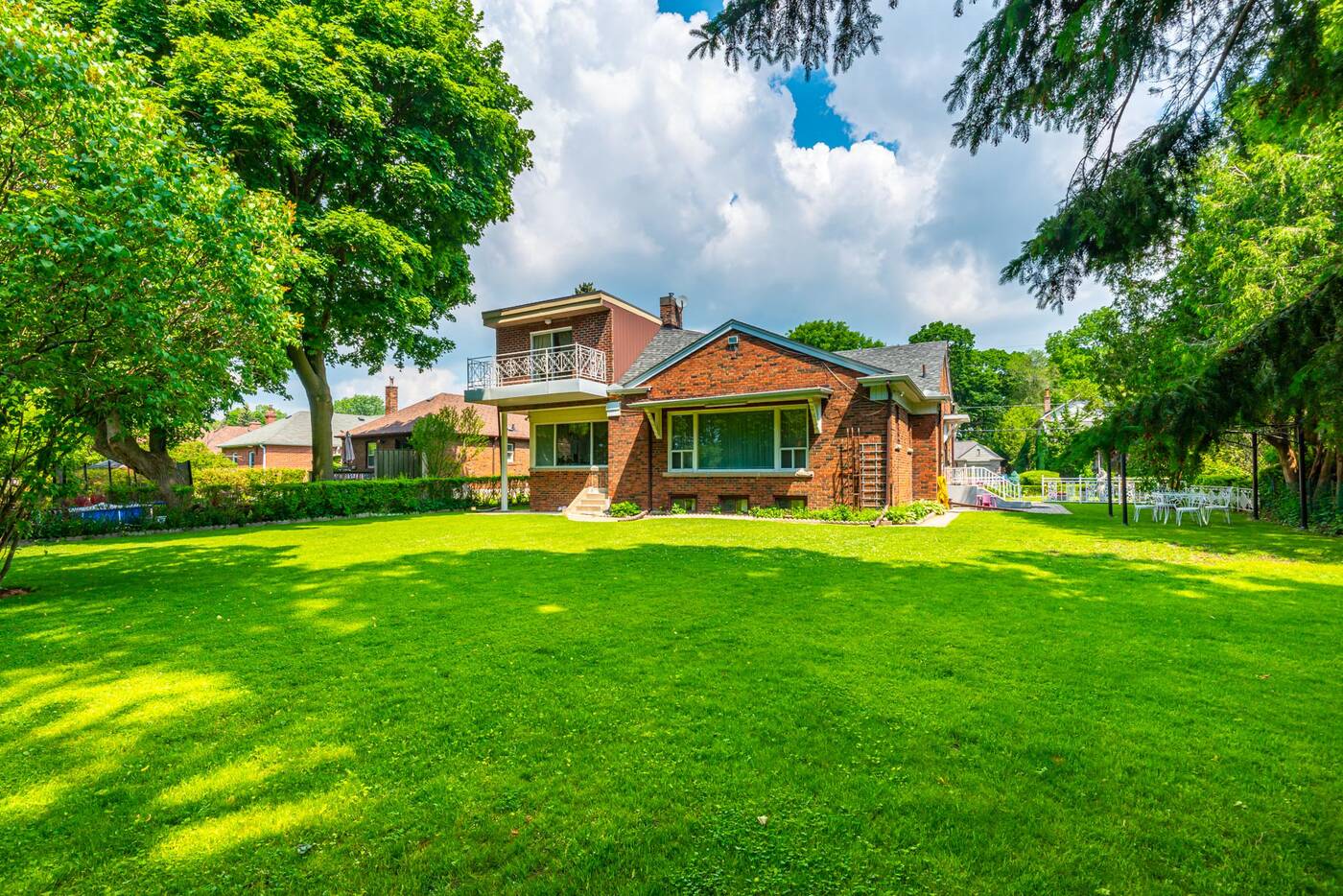 The backyard is huge and oddly only the front of the home is white.

If you are a superfan of the movie or just like large, Greek-inspired homes, this could be the place for you.