This $1.1 million Toronto property is a rock-and-roll lover's dream

Calling all musicians, celebrity stans, history buffs and people in search of a perfect live-work residence in one of Toronto's hippest hoods: Opportunity is a knockin'... but it won't come easy.

Introducing 985 Dovercourt: A unique, custom-renovated commercial and residential building in the heart of Dovercourt Village, right between Dupont and Bloor. 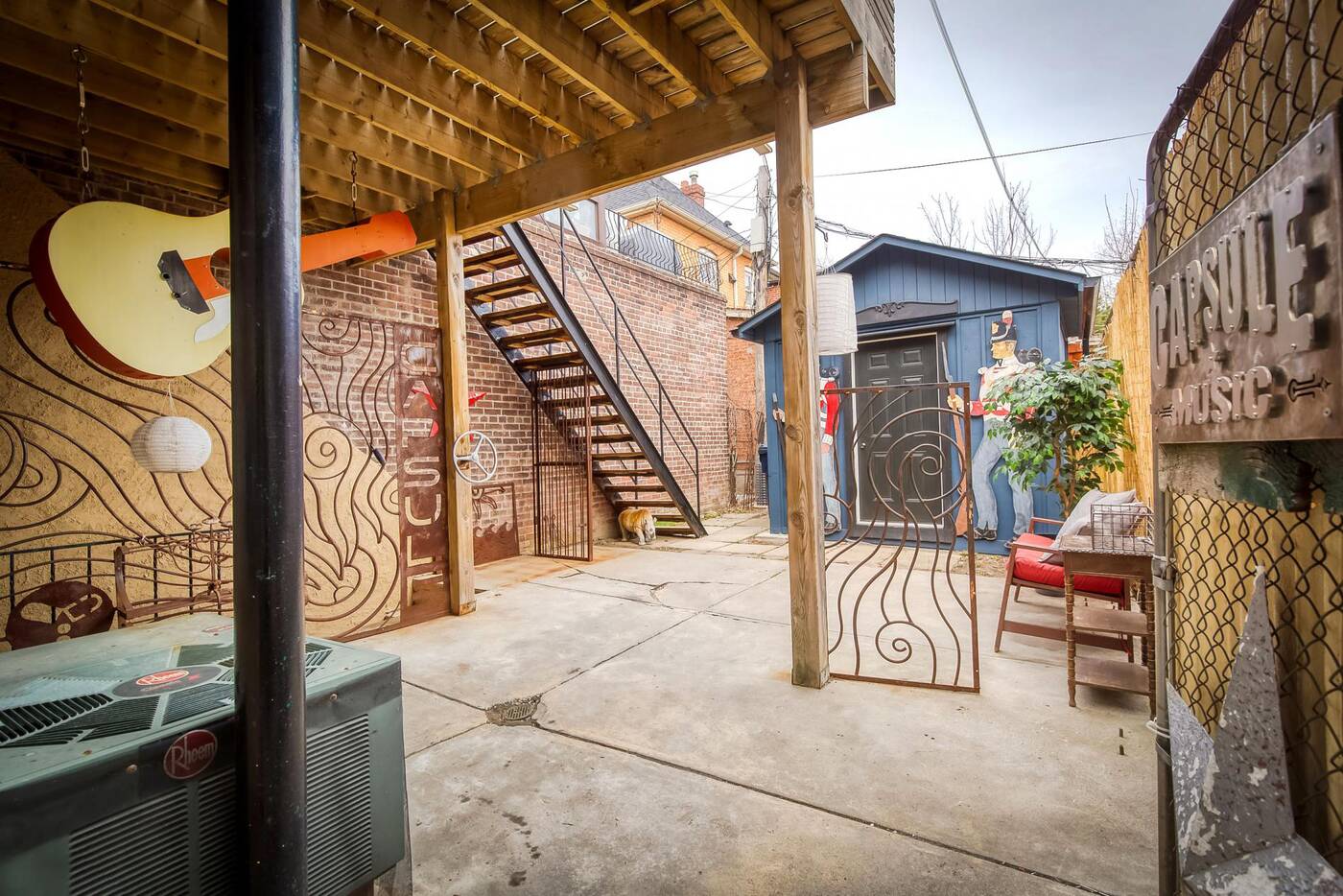 From the outside, it's handsome and quite obviously sturdy, as are most brick buildings built around the same time (1909) on major streets in Toronto.

You'd never know just by looking at the exterior that two of Canada's most well-respected music-based retail stores lie inside — unless you're one of the countless music legends who've popped by over the years to purchase gear. 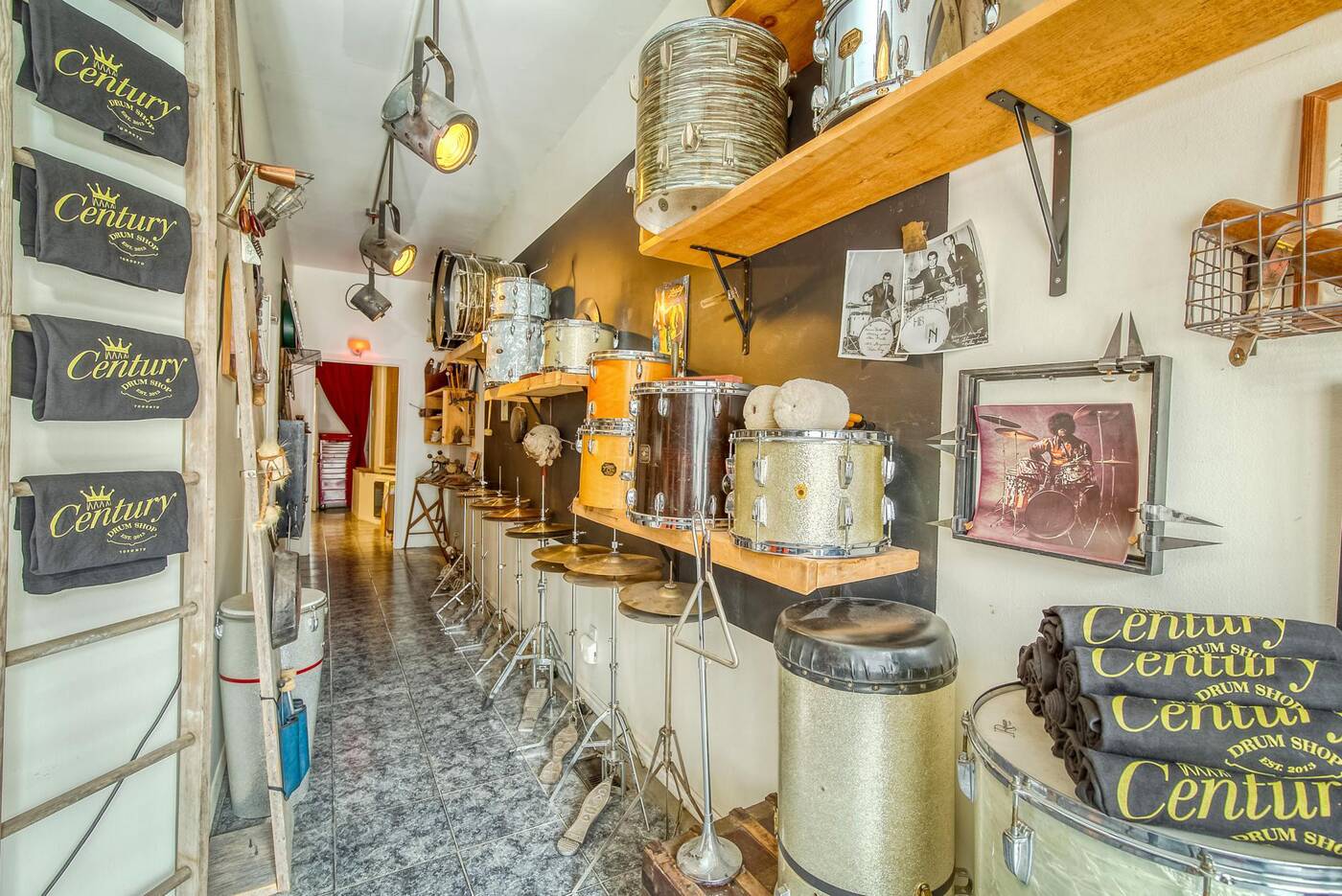 Built as a shoe store more than a century ago, the building is owned by Greg Millson, a professional musician whose vintage drum store (Century Drum Shop) has occupied the main floor since 2013.

Beneath Century, which Millson will soon be transitioning to online-only, is Capsule Music, owned by twin brothers that Millson describes as "the nicest, greatest tenants I could ever ask for." 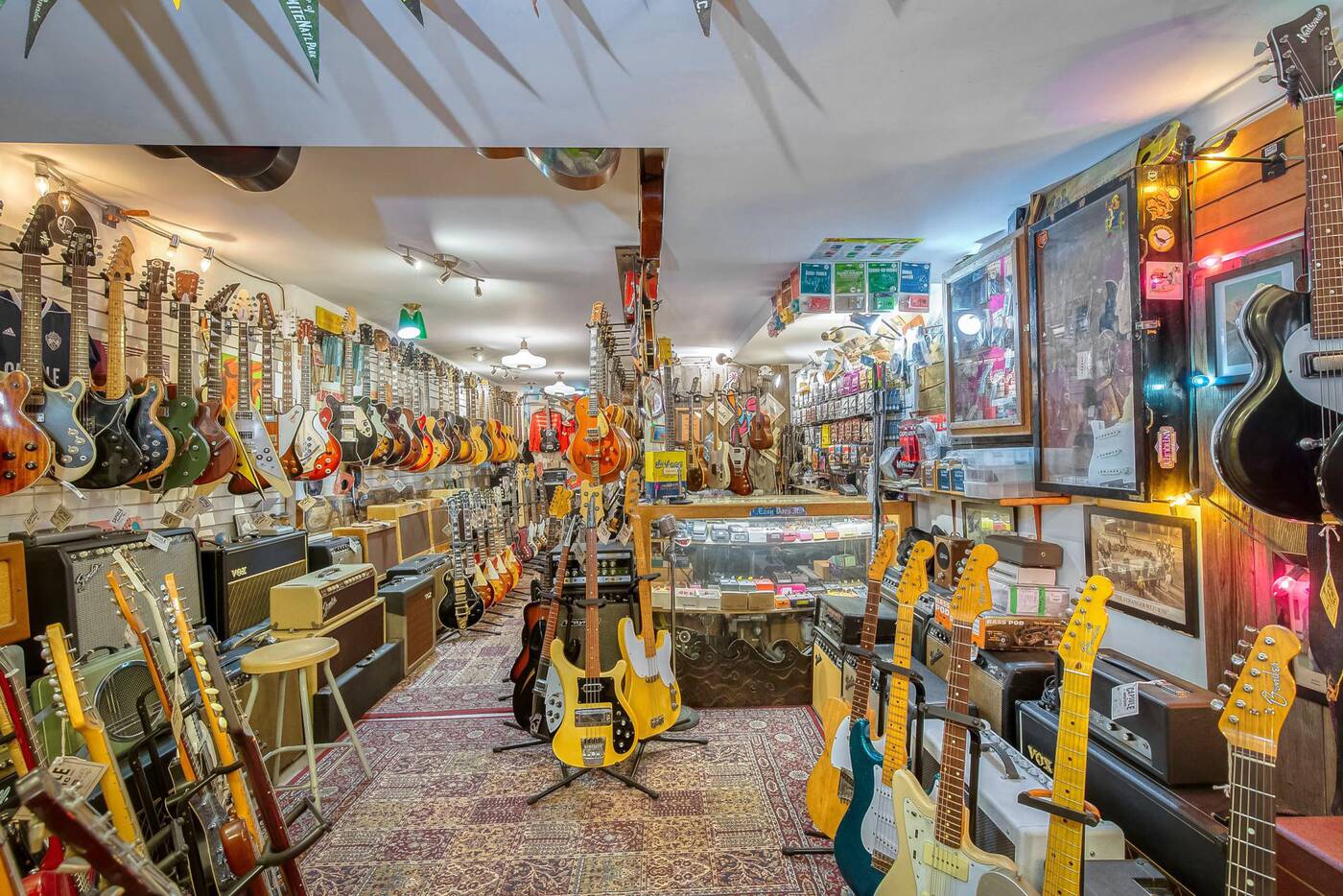 "I underpinned that building to basically get them in there," says Milson of Capsule and the basement ceilings he had raised. "I can't say enough good things about those dudes."

With four years left on their commercial lease, Capsule comes with the building — ideal for a buyer who wants some solid rental income right off the bat or maybe wants to creep on famous people from above through their front window. 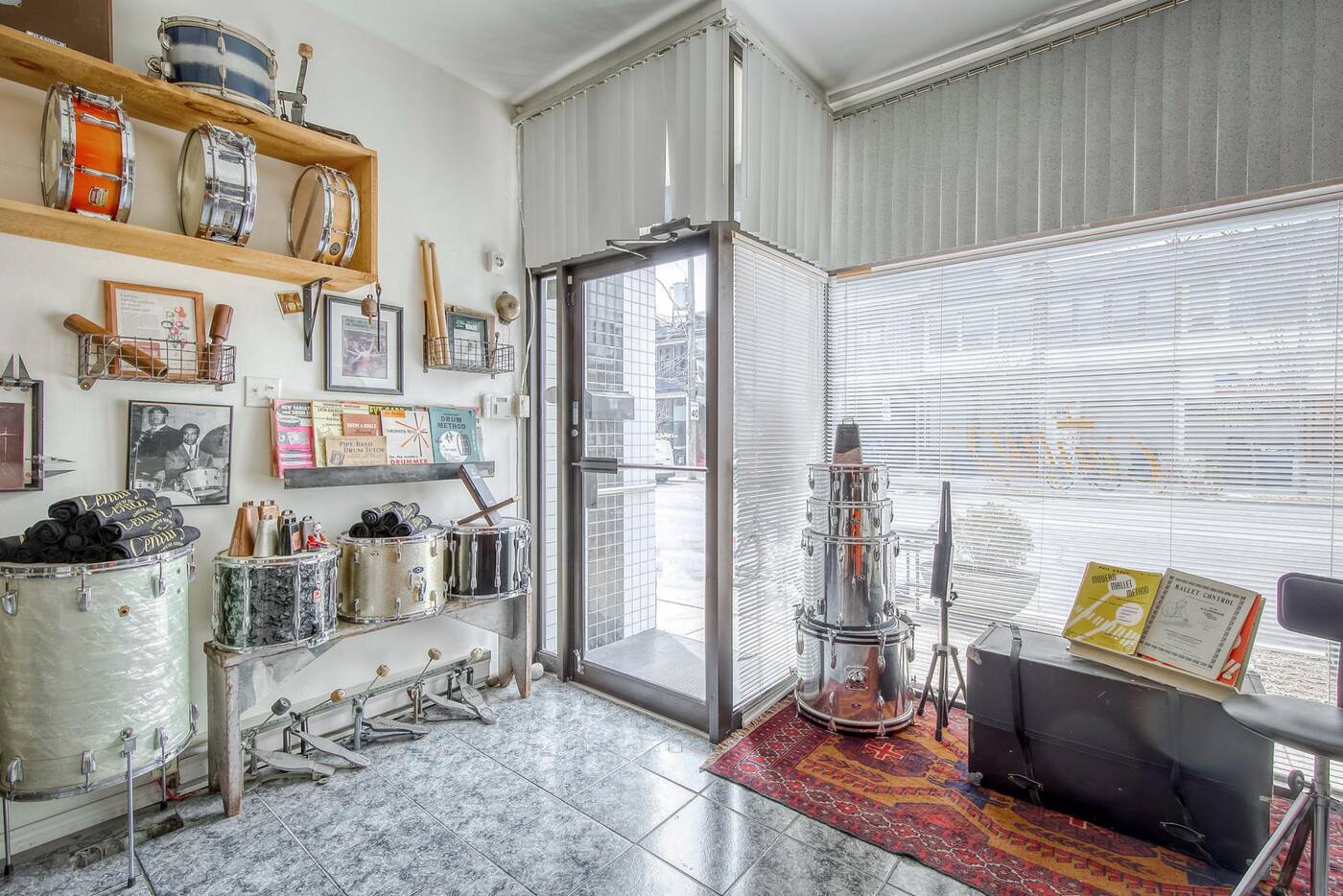 "Capsule's pretty legendary. It's not a weird occurrence to see a famous guitar player or famous drummer sitting out front having a coffee kind of thing," says Millson. 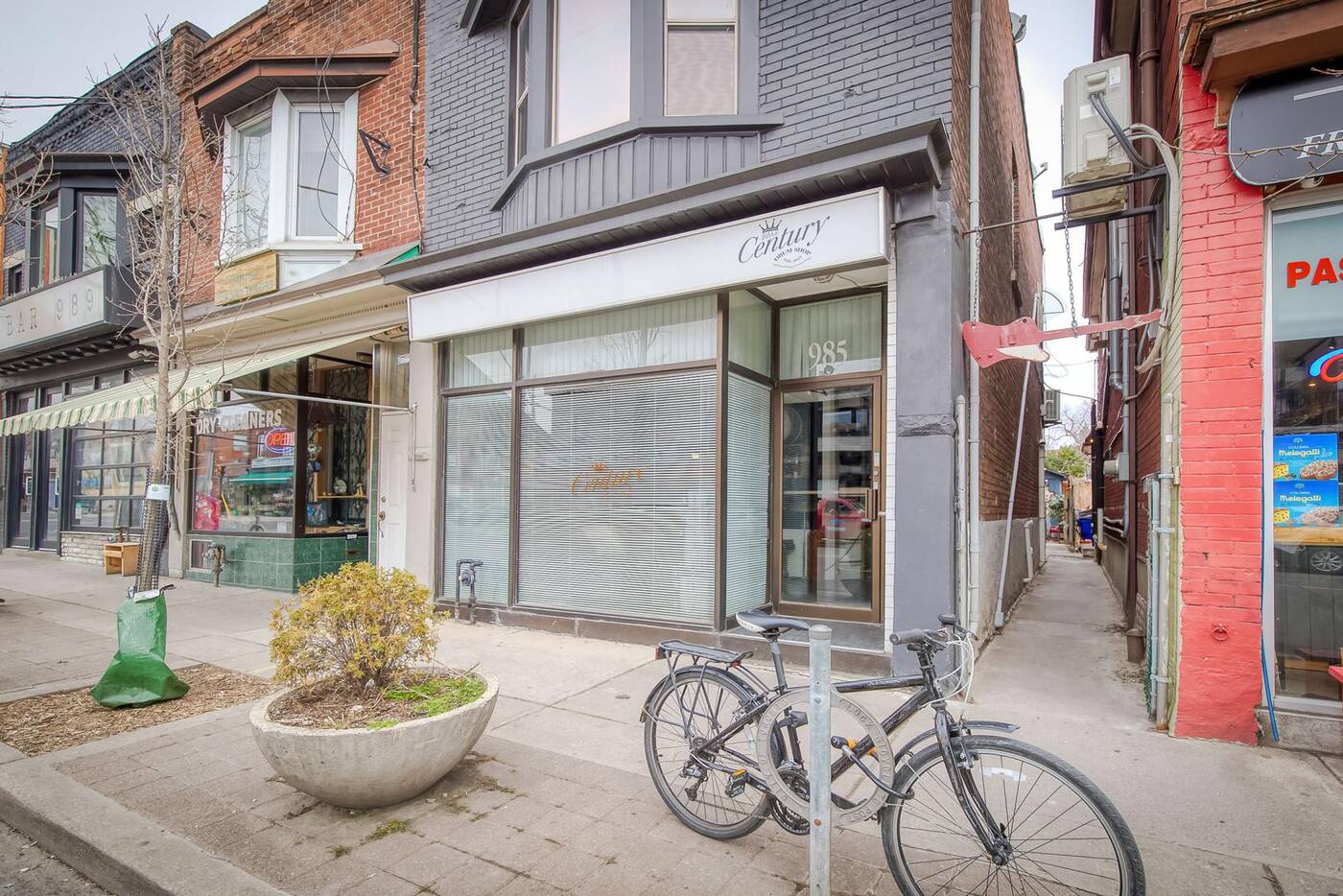 History, camaraderie, cool factor and even great workmanship aside, the building is also attractive for its residential-commercial zoning and great potential live-work setup. 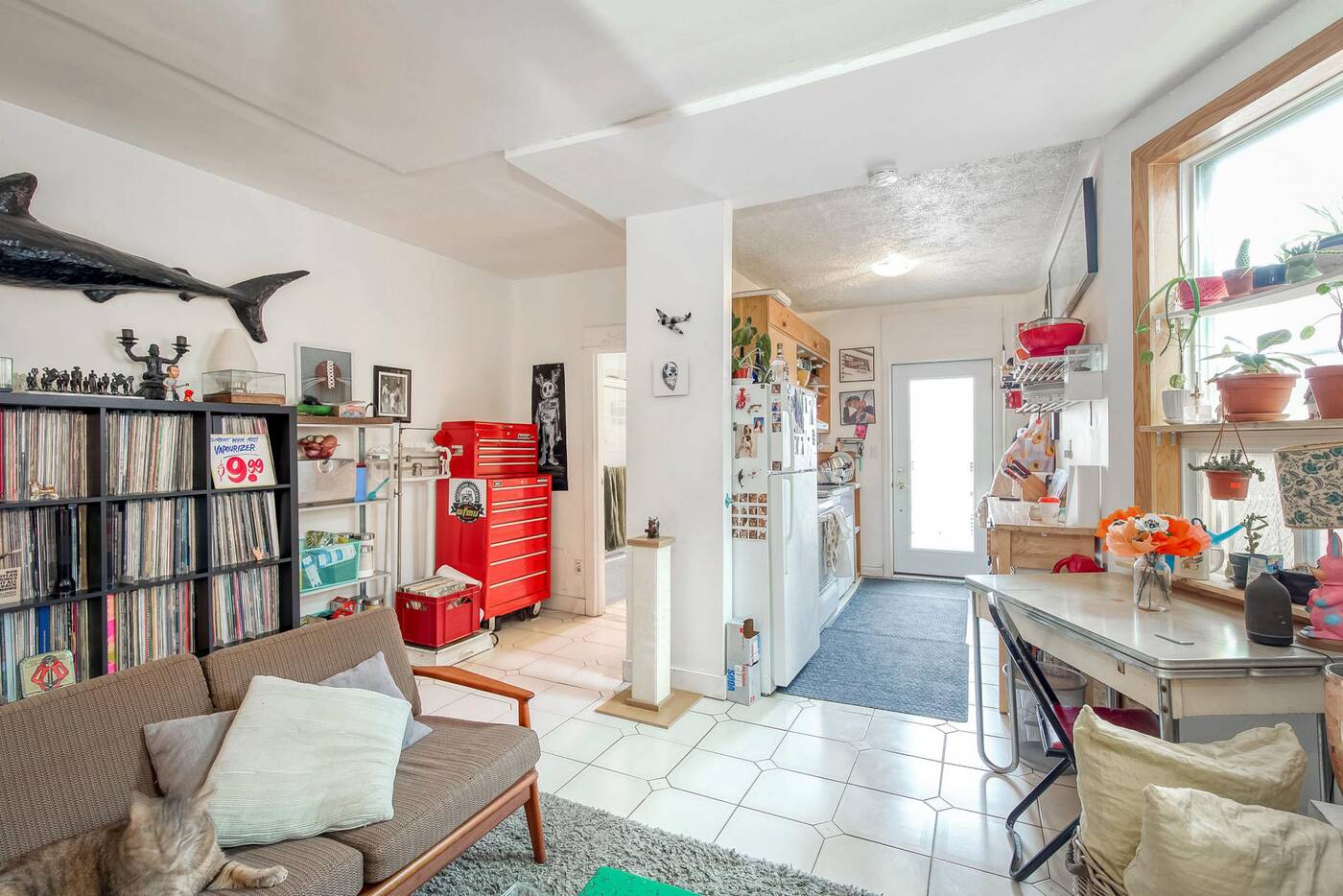 "A purchaser could open up their own establishment on the main floor, live in the 840 sqft 2 bedroom apartment upstairs, while having the basement tenant (there since 2015) help cover a lot of the building's costs," Toronto realtor Scott Ingram tells blogTO.

"Or just live upstairs and rent out both commercial spaces to  (probably more than) offset your mortgage. Or move your business into the main floor and have the apartment and basement tenants cover your costs. Endless possibilities in a cool neighbourhood." 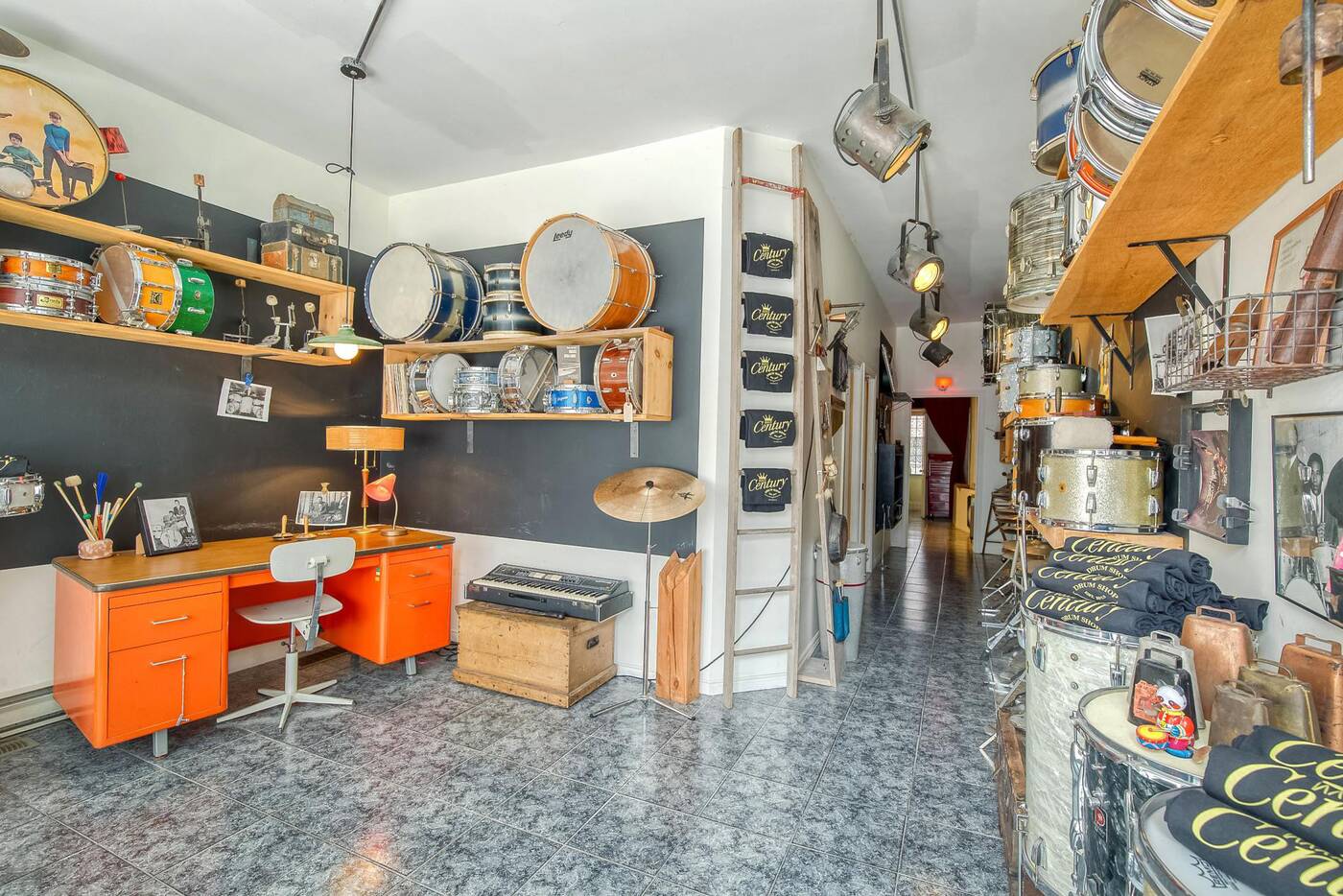 While listed at $1,099,900 million, it stands to reason that 985 Dovercourt will go for well above the asking price (like so many properties in this hot, hot market.)

Millson said on Tuesday that 30 interested parties had already come by for viewings this week. 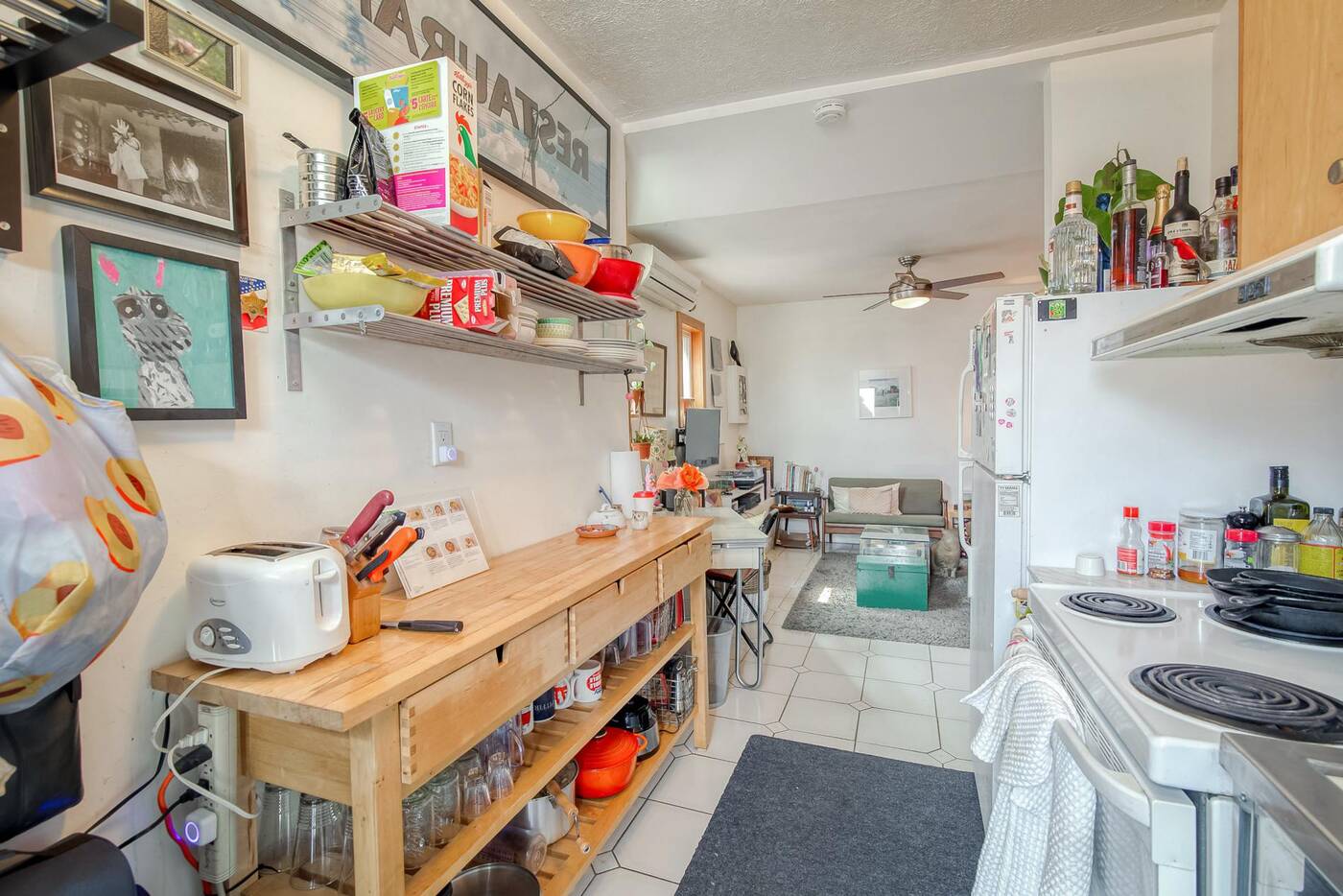 Getting down to brass tacks, the property is spread across three levels with roughly 2,500 square feet of adaptable interor space. 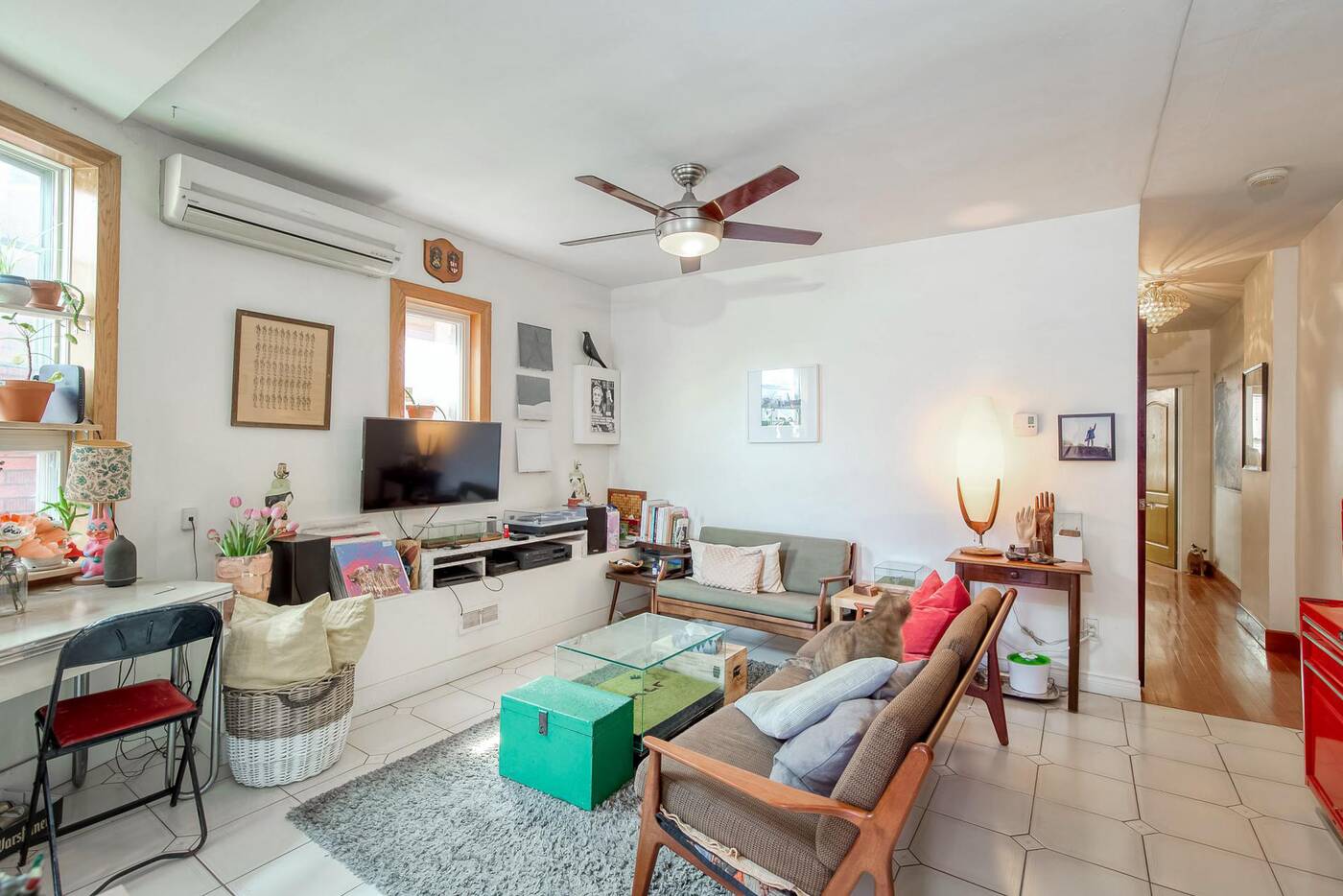 Currently, it functions as two different commercial spaces (Capsule and the space that will soon be vacated by Century) as well as a large, two-bedroom apartment on the second floor. 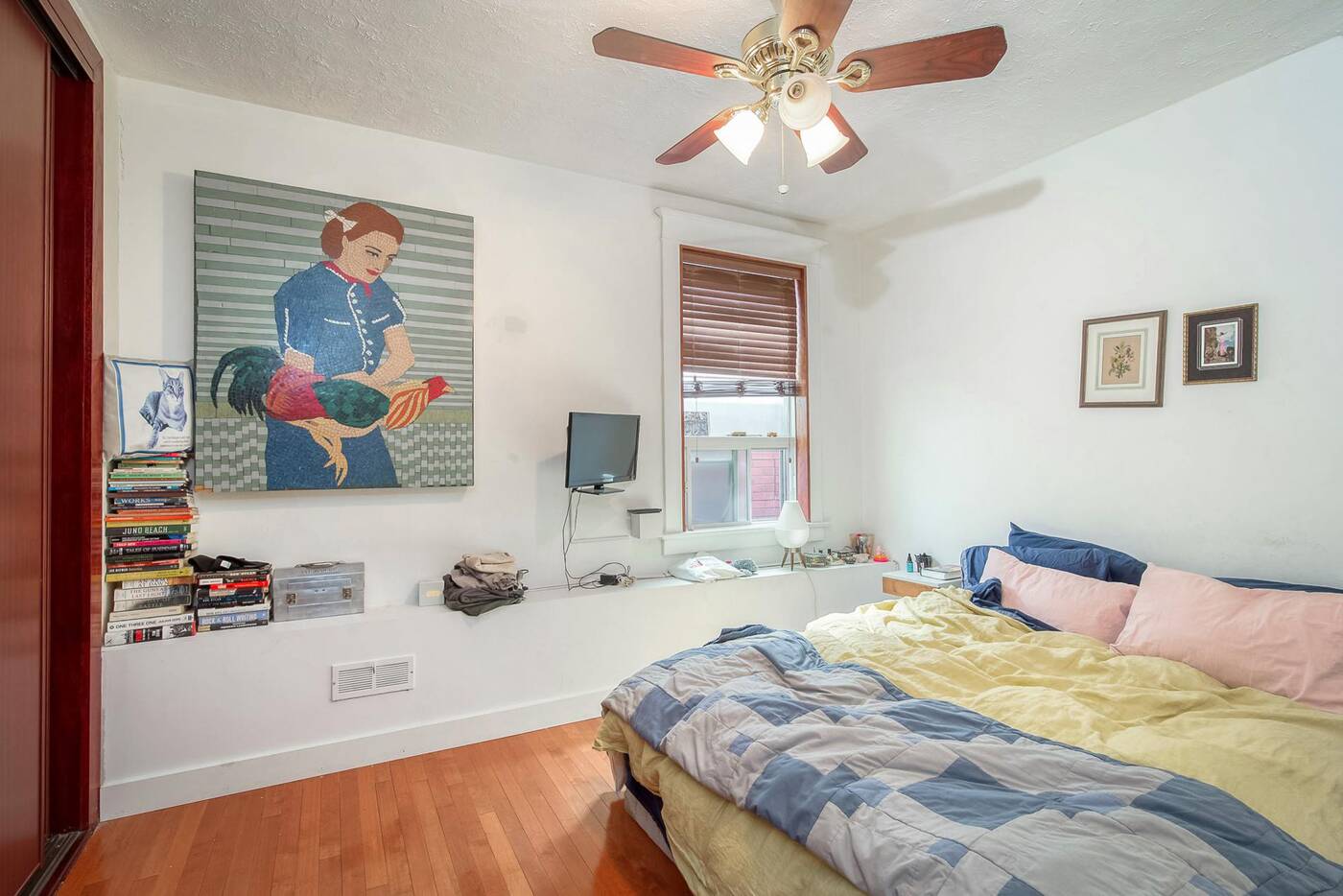 The unit currently occupied by Century Drum Shop is sound-proofed, which would be great for similar musical, retail or medical use. 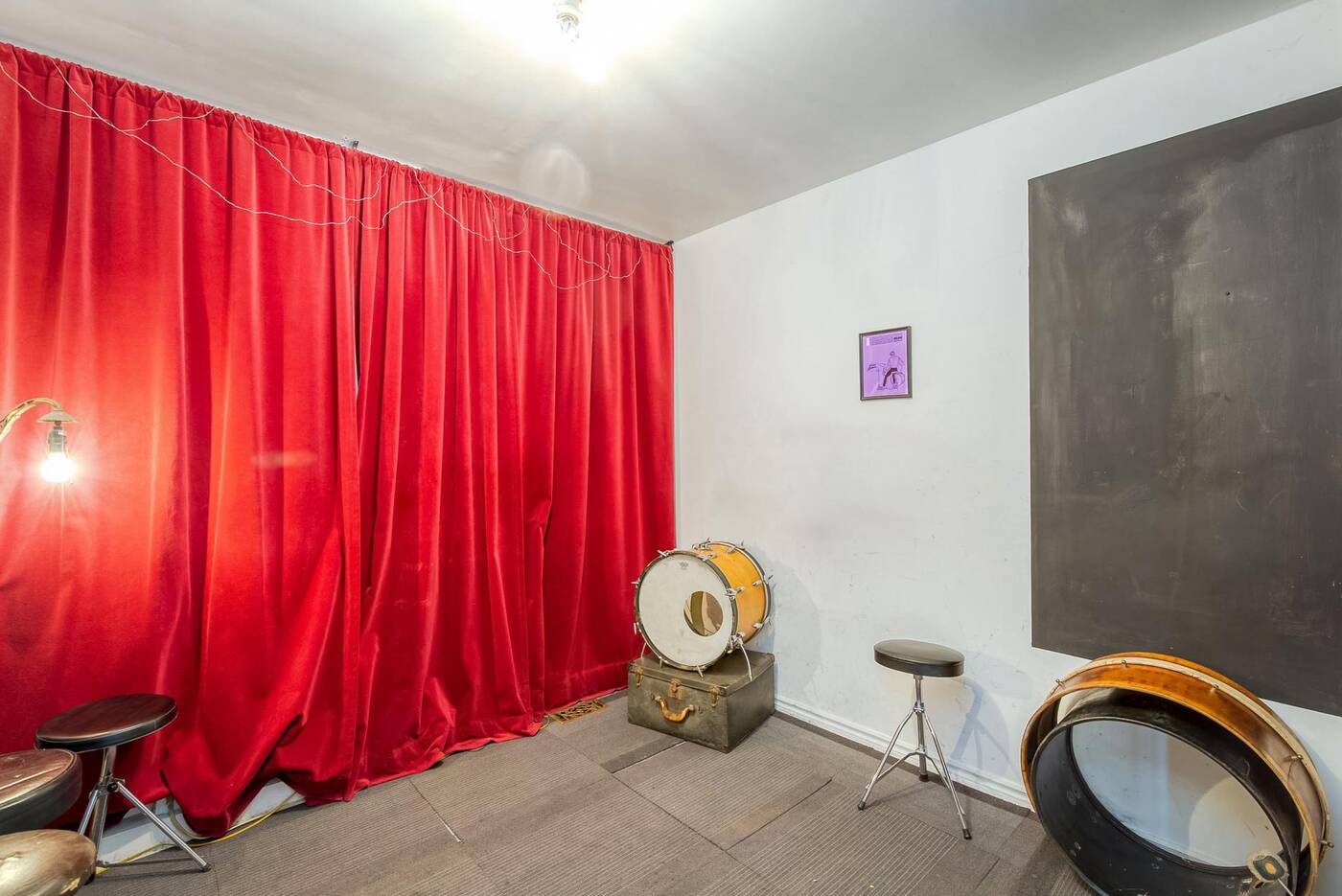 A cute custom shed comes with the place, for extra storage or whatever you may want to use it for. 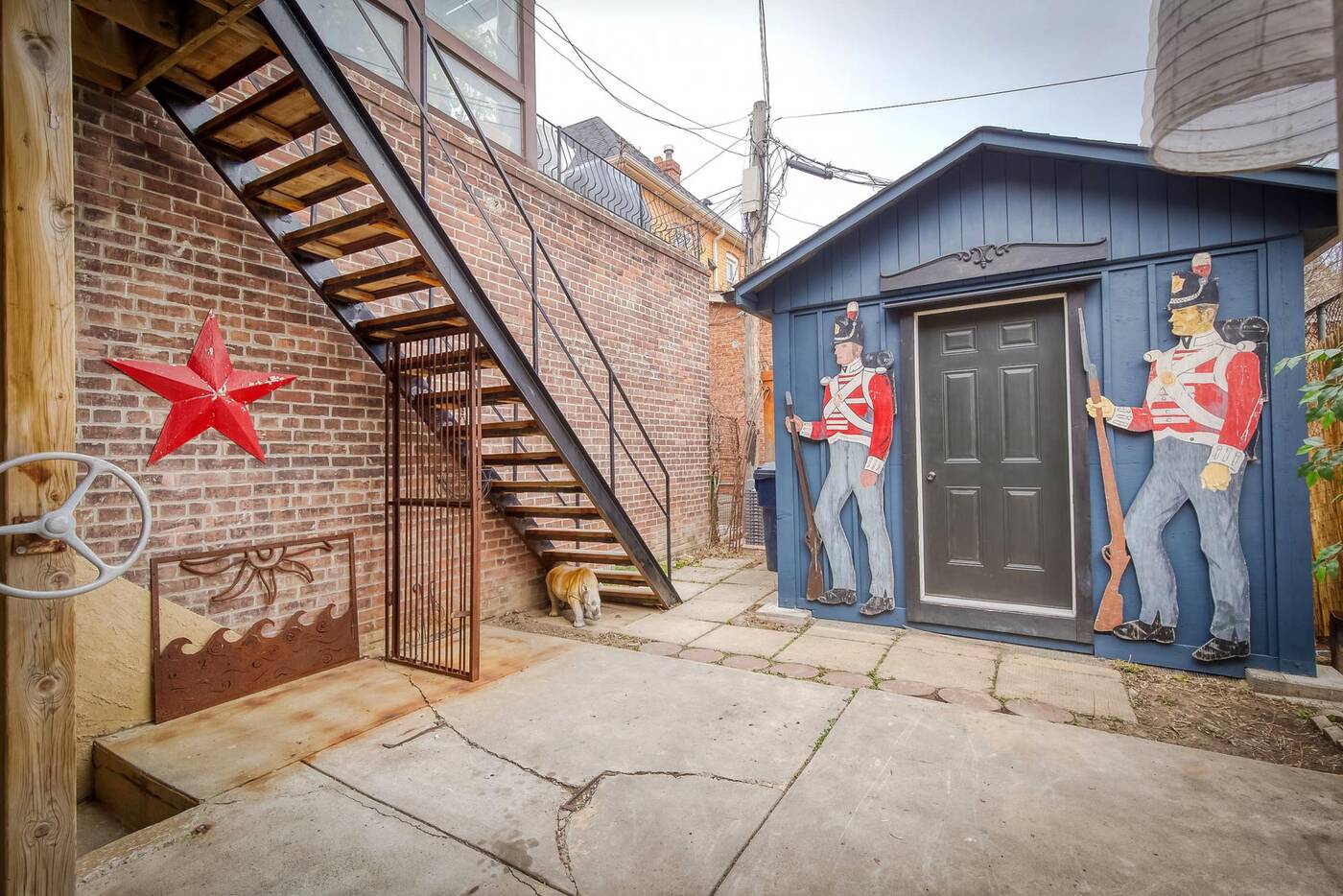 It's also got a large, professionally built exterior deck above the backyard. 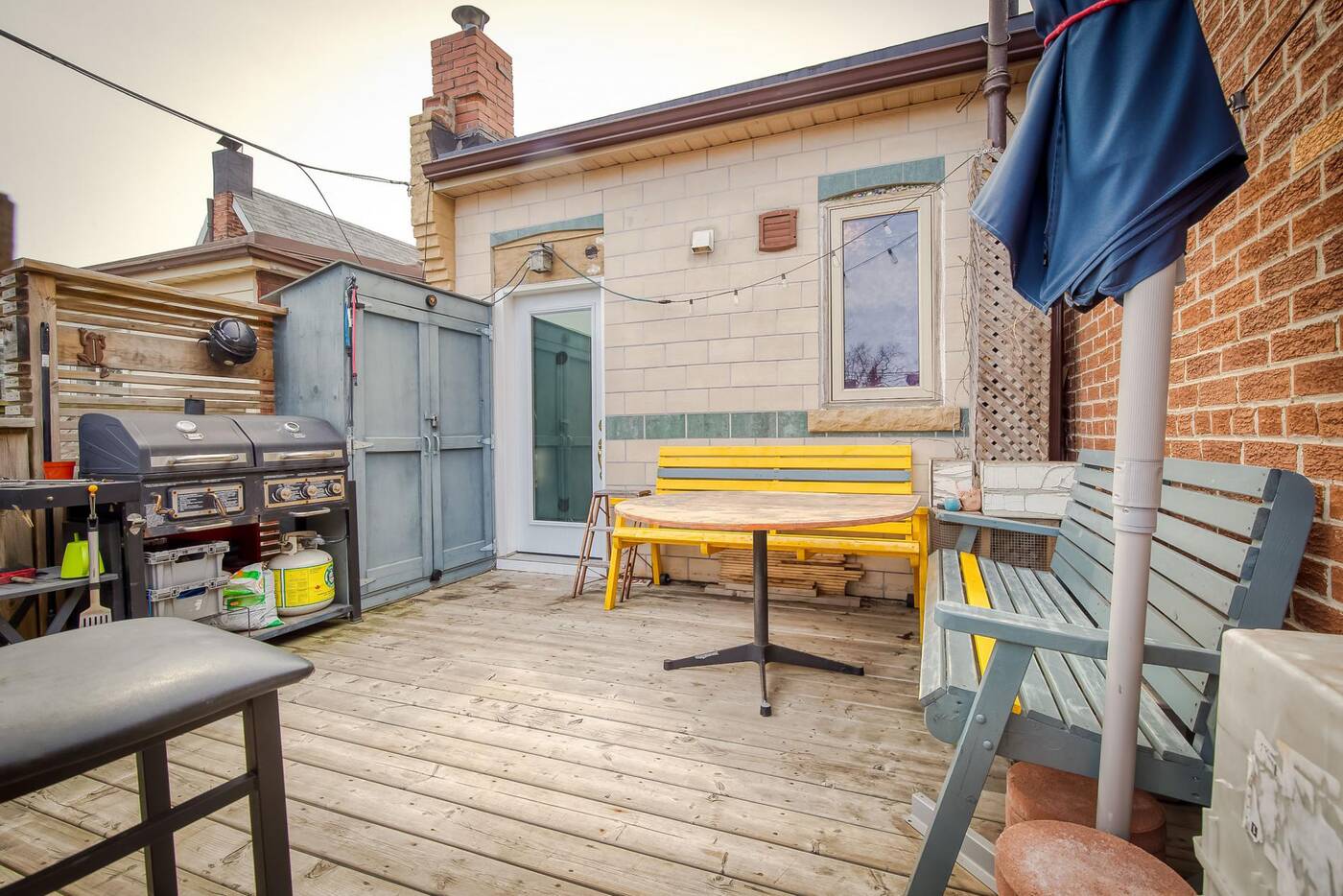 "It's a rad, super solid building ... just an awesome brick building. The bones are good and I took good care of it," said Millson, who is leaving Toronto for health reasons to live on Vancouver Island with his wife, some geriatric goats and a scrappy little sheep named Rosie whose life he saved by literally fighting off a pitbull.

"Also just, the businesses are pretty thriving. Good vibes and energy are built in."