This minimalist home in Toronto comes with a hot pink doorway

The architecture and design of a unique home located in Toronto's Oakwood Village features an eclectic combination of minimalism, bright accents and asymmetrical shapes, resulting in a house like no other with a one-of-a-kind hot pink entryway.

The property, called "Winona House," was designed by Reigo & Bauer and sits on a formerly vacant lot tucked in between two rows of ordinary homes and deep backyards — making it almost invisible from the streets nearby.

But anyone that does spot it will immediately notice its distinct shape and eye-catching pink doorway. 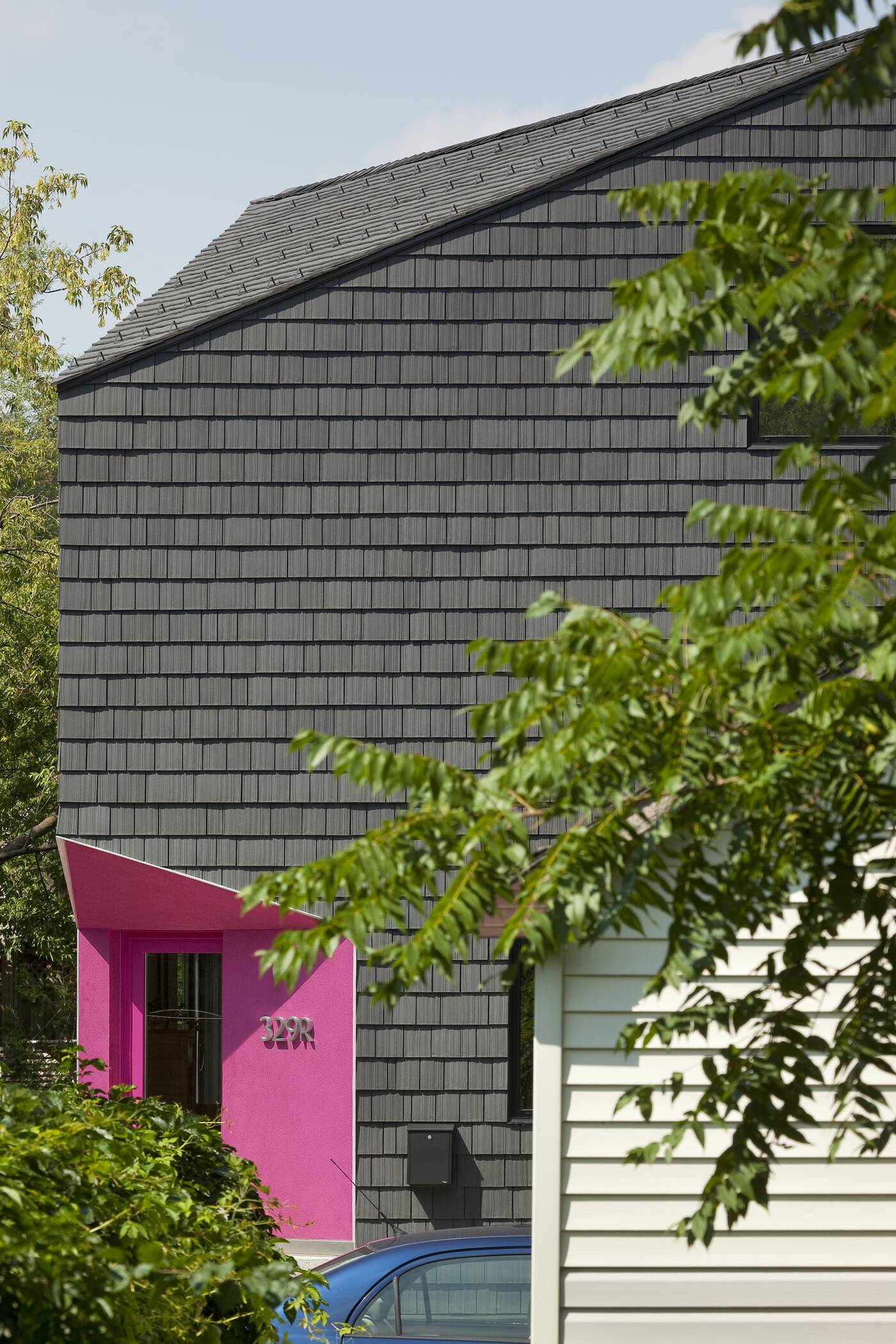 "A dark textured cladding is used to cover the entire building, an effect that's heightened by the lack of eave lines and a continuous reading from roof to wall. In contrast, the bright pink entryway articulates a clear point of arrival, while paying homage to the owner's Mexican heritage." 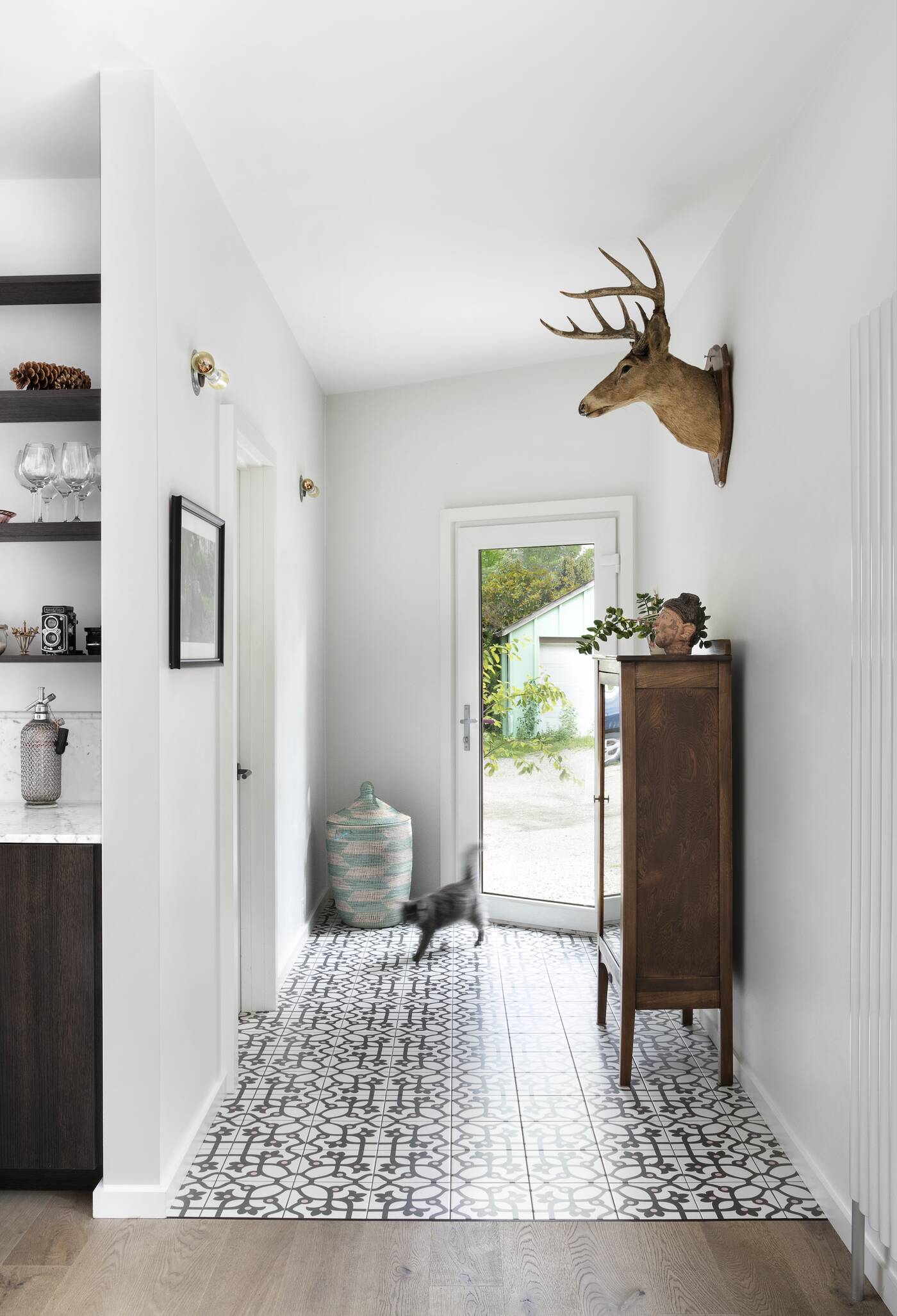 The symmetrically-pitched roof, made from 95 per cent recycled and reclaimed materials, runs diagonally from corner to opposite corner, and this creates an unconventional geometry that translates into the design of the interior's upper level. 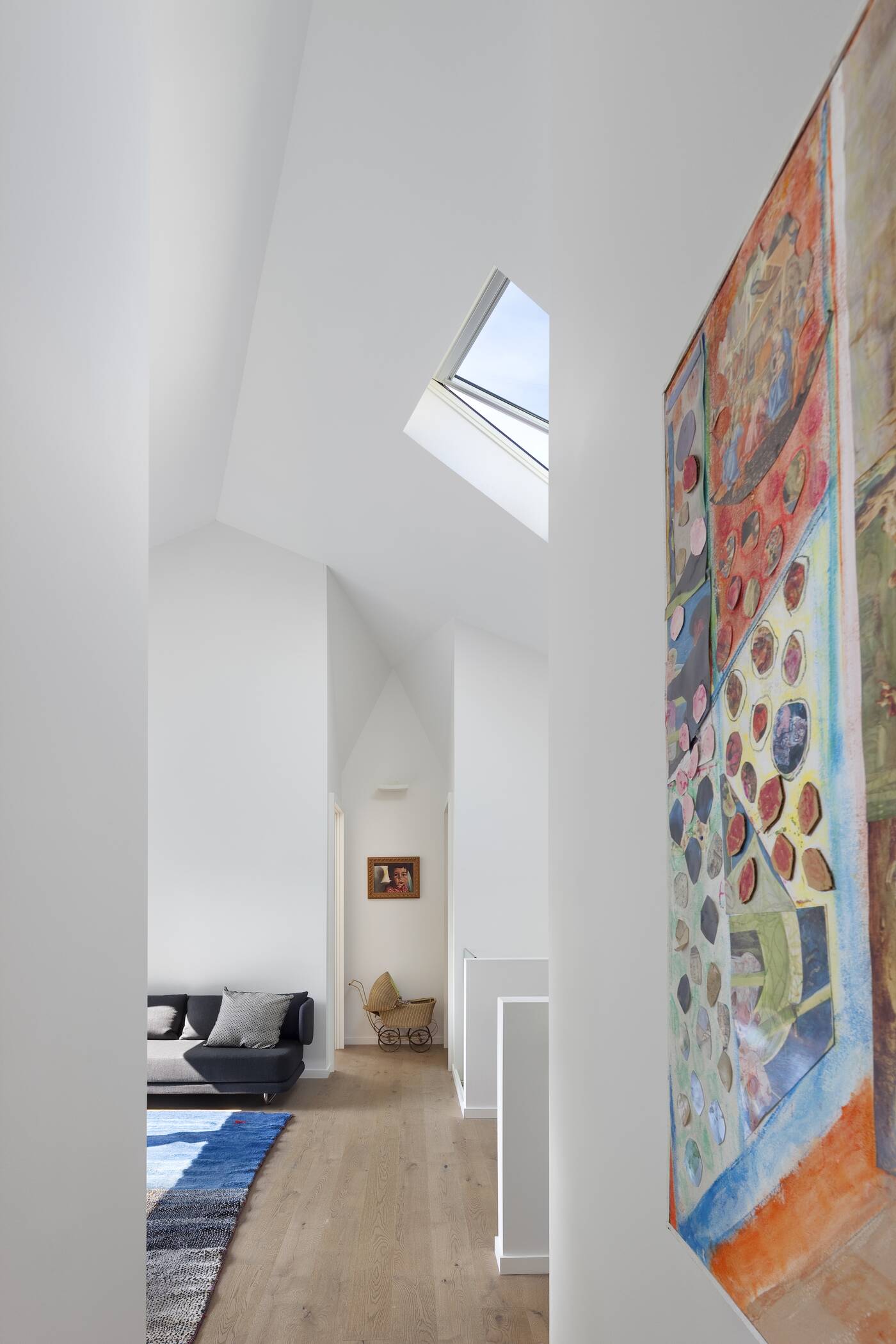 Photos of the interior show a second floor with high walls and a sloped ceiling, and the top floor also features a slanted skylight that lets in plenty of light. 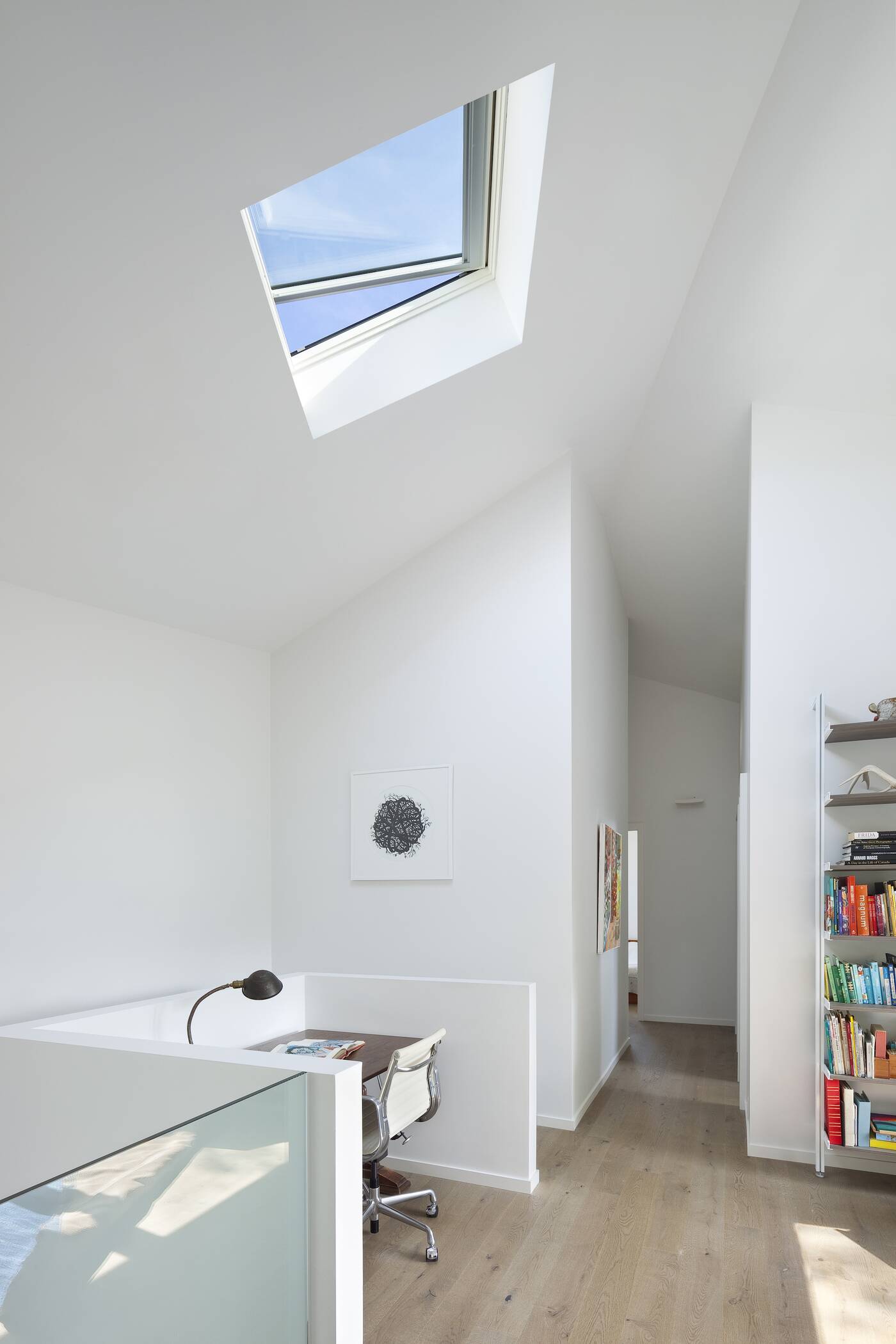 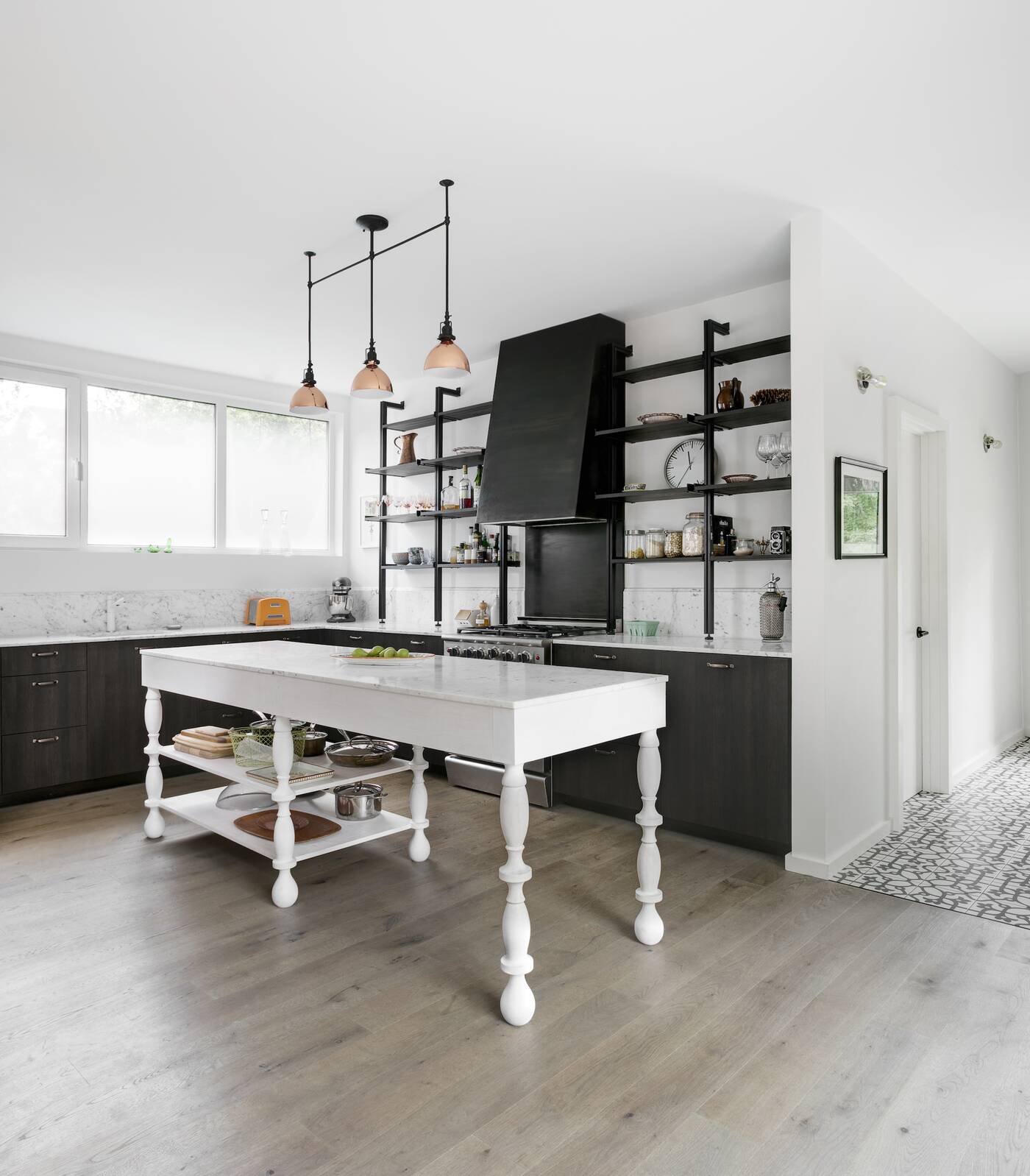 The three-bedroom, three-bathroom home also features a twisted staircase with bright blue carpeting, as well as hardwood flooring in other parts of the house.

The northwest facade of the home meanwhile features simple glass doors that peak into the kitchen while leading to a spacious backyard and patio. 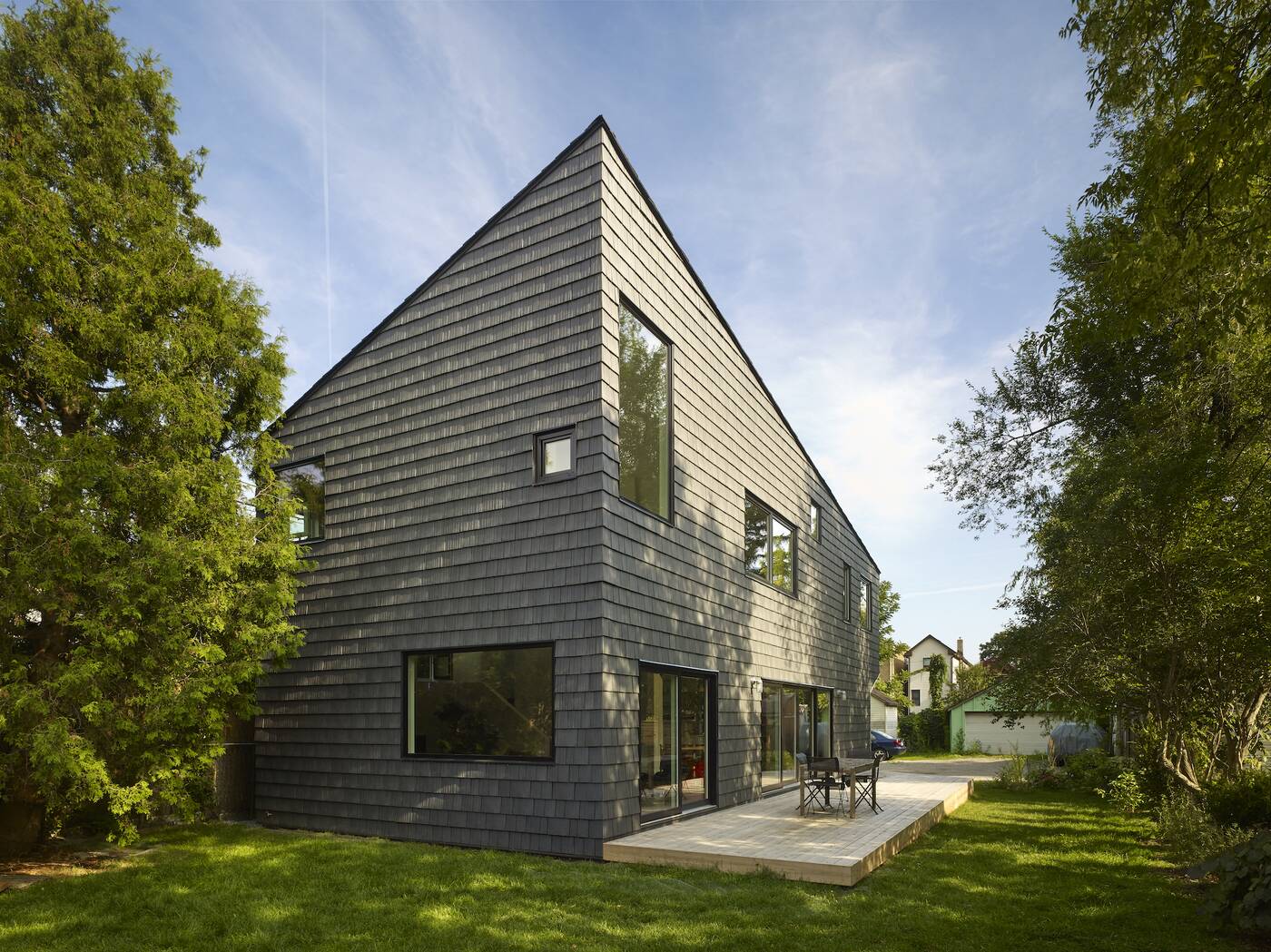 The home is larger than it looks from the front at 2,000 square feet, and work on the property was completed back in 2015.