As what will eventually become Toronto's tallest residential tower makes its slow ascent up 338 metres into the sky, more and more details are being released about what it will look like inside.

And I must say, it's quite impressive.

We've known since 2019 that Mizrahi Developments' The One will contain Toronto's first Andaz hotel within its 94 (previously 85) storeys, and that the Hyatt-owned luxury boutique hotel brand prides itself on stunning decor.

Thanks to newly-surfaced renderings by the Croatian architectural visualization studio Soba, prepared for Toronto's own interior design firm DesignAgency, we now know a little bit more about just how opulent developers plan to go.

So opulent. Too opulent? I suppose it depends on your personal taste. Drake will like it. Of this I am certain. 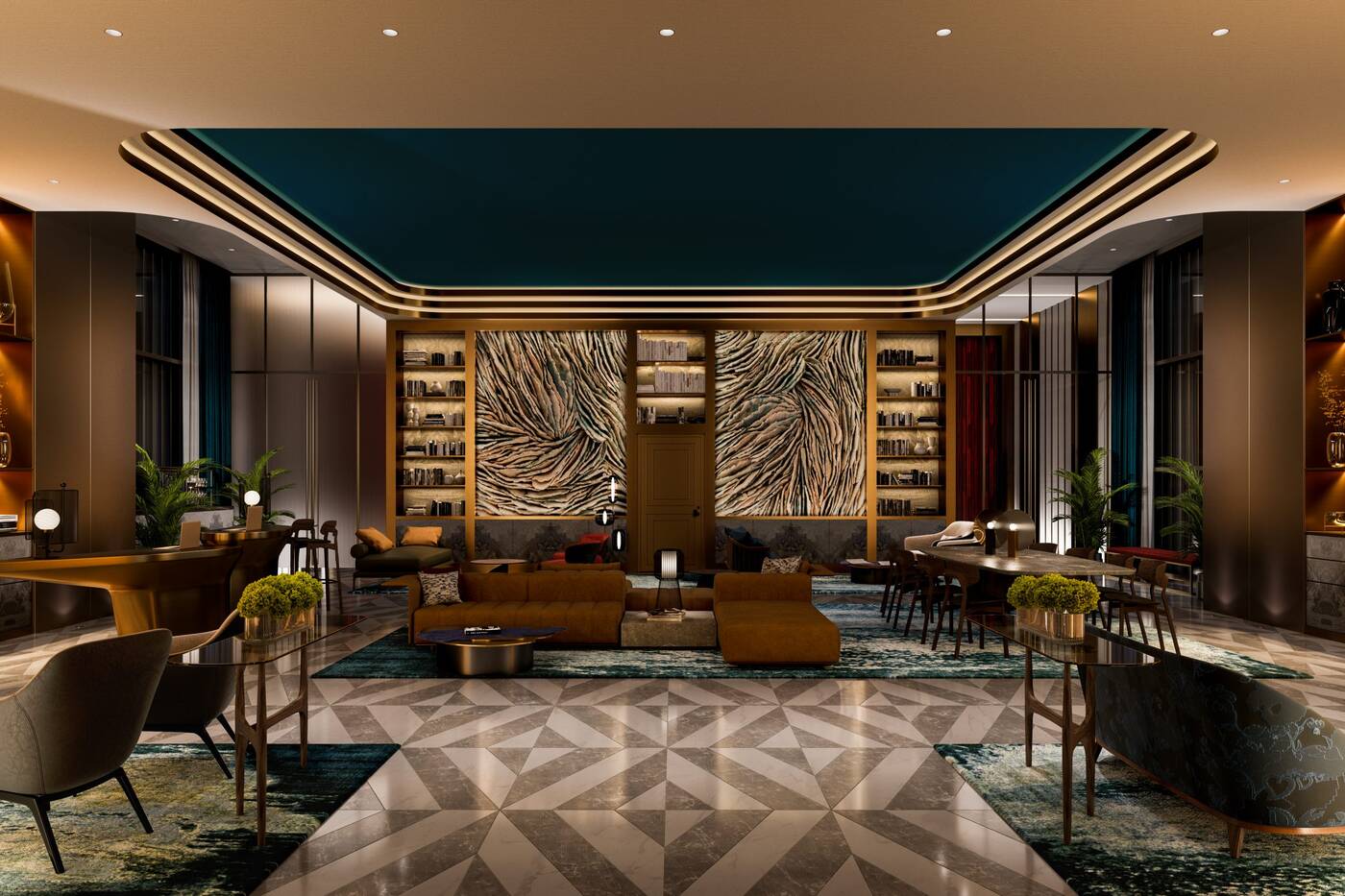 The flashy new Andaz hotel inside The One at Yonge and Bloor is scheduled to open sometime in 2023, if all goes well. 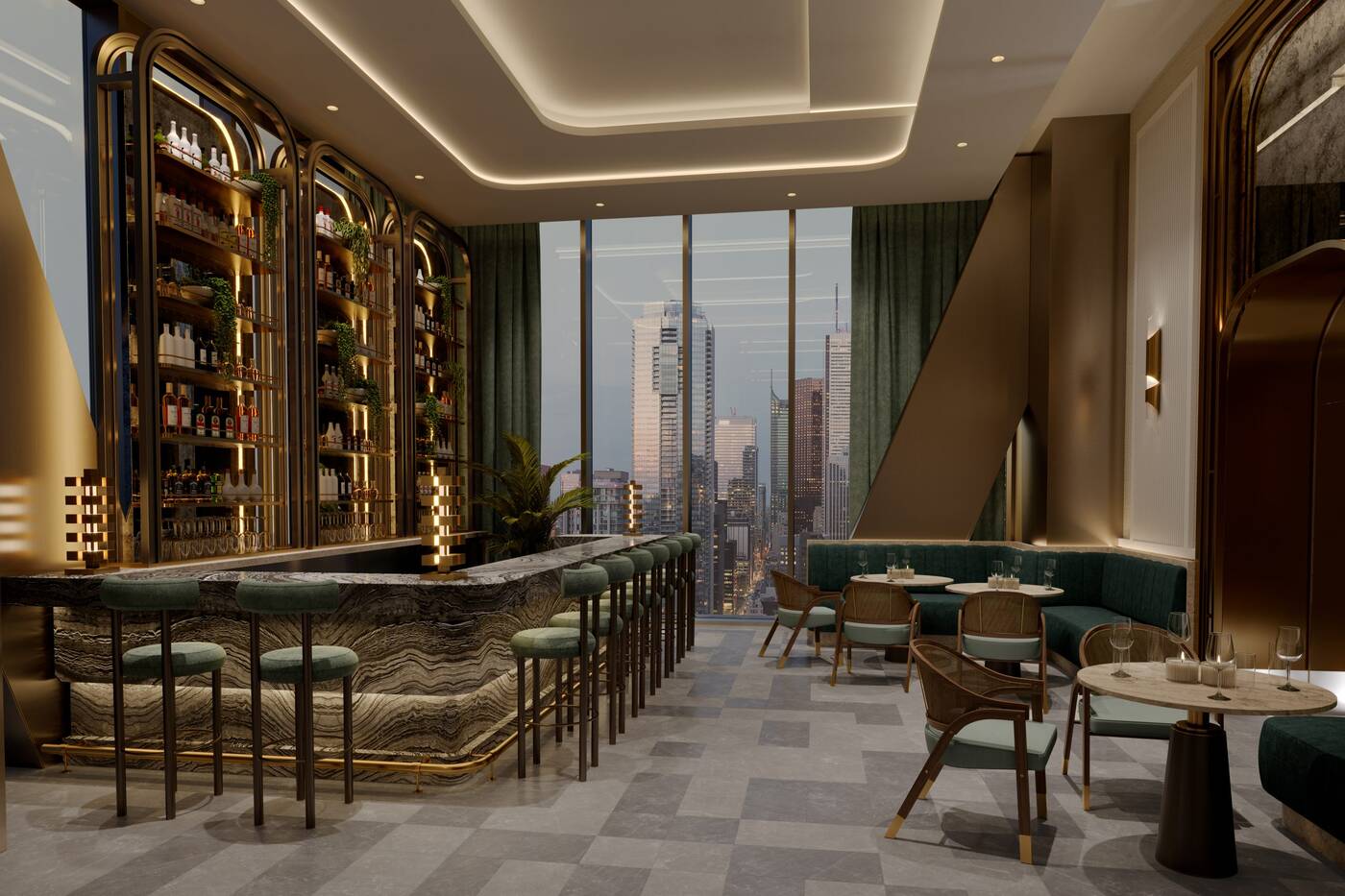 With 160 rooms in total, the hotel will occupy floors four through 16 of the high-end mixed-use complex. 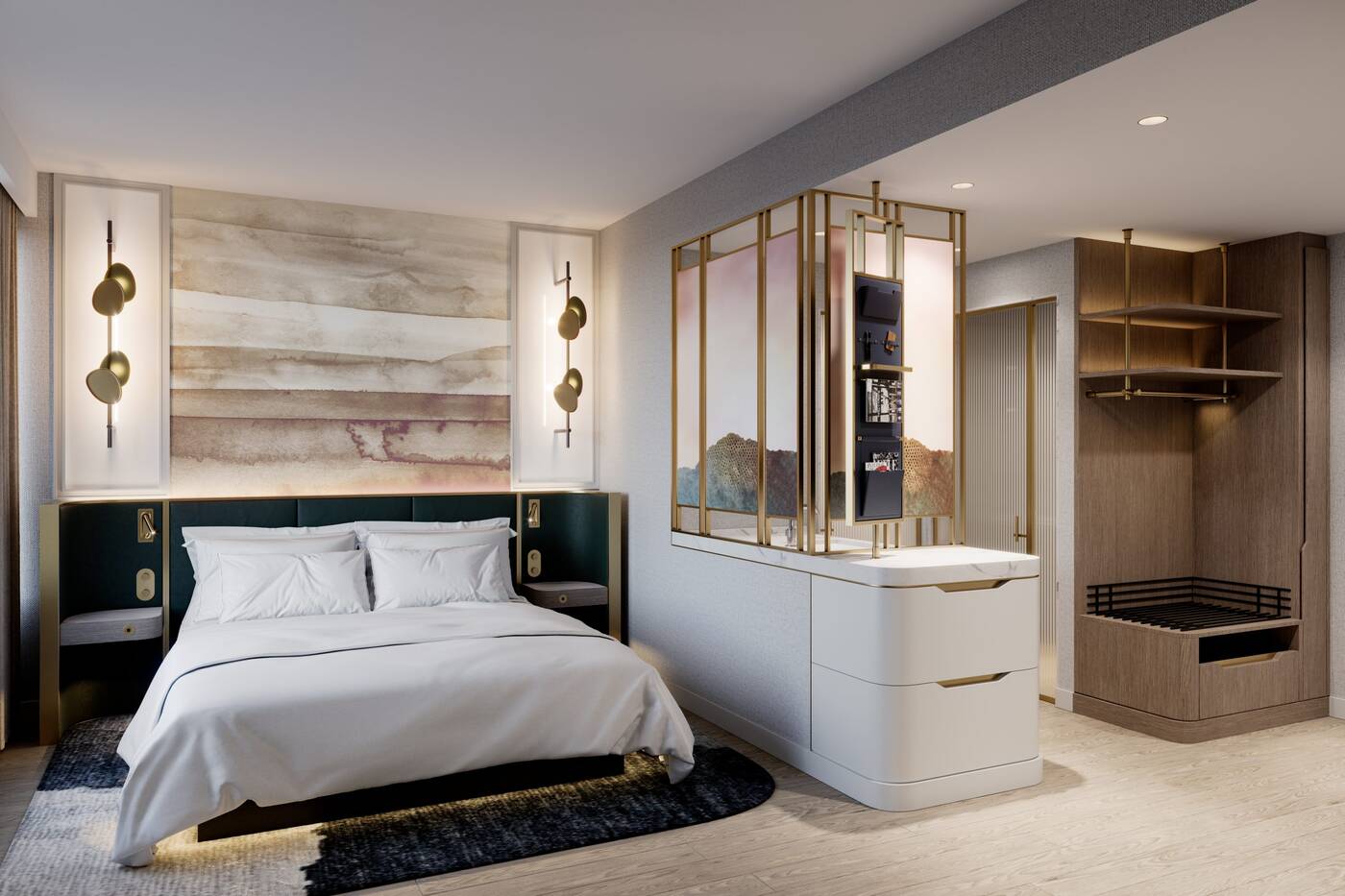 The hotel will offer "more than 15 luxury suites," according to Design Agency, as well as over 12,000 square feet of event and conference space. 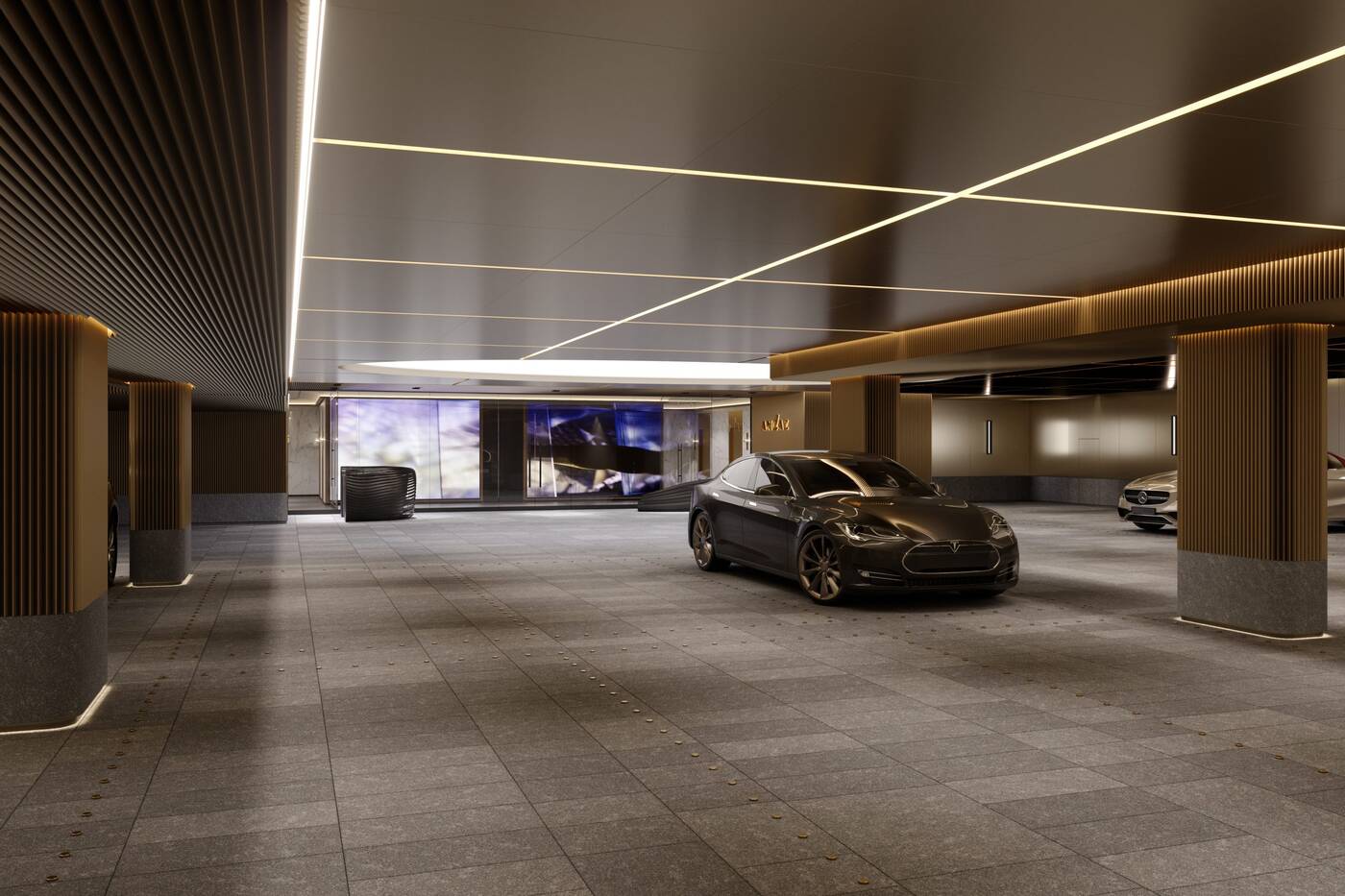 Other amenities slated for the space include a spa, obviously, and several of what developers describe as "food-and-beverage experiences." 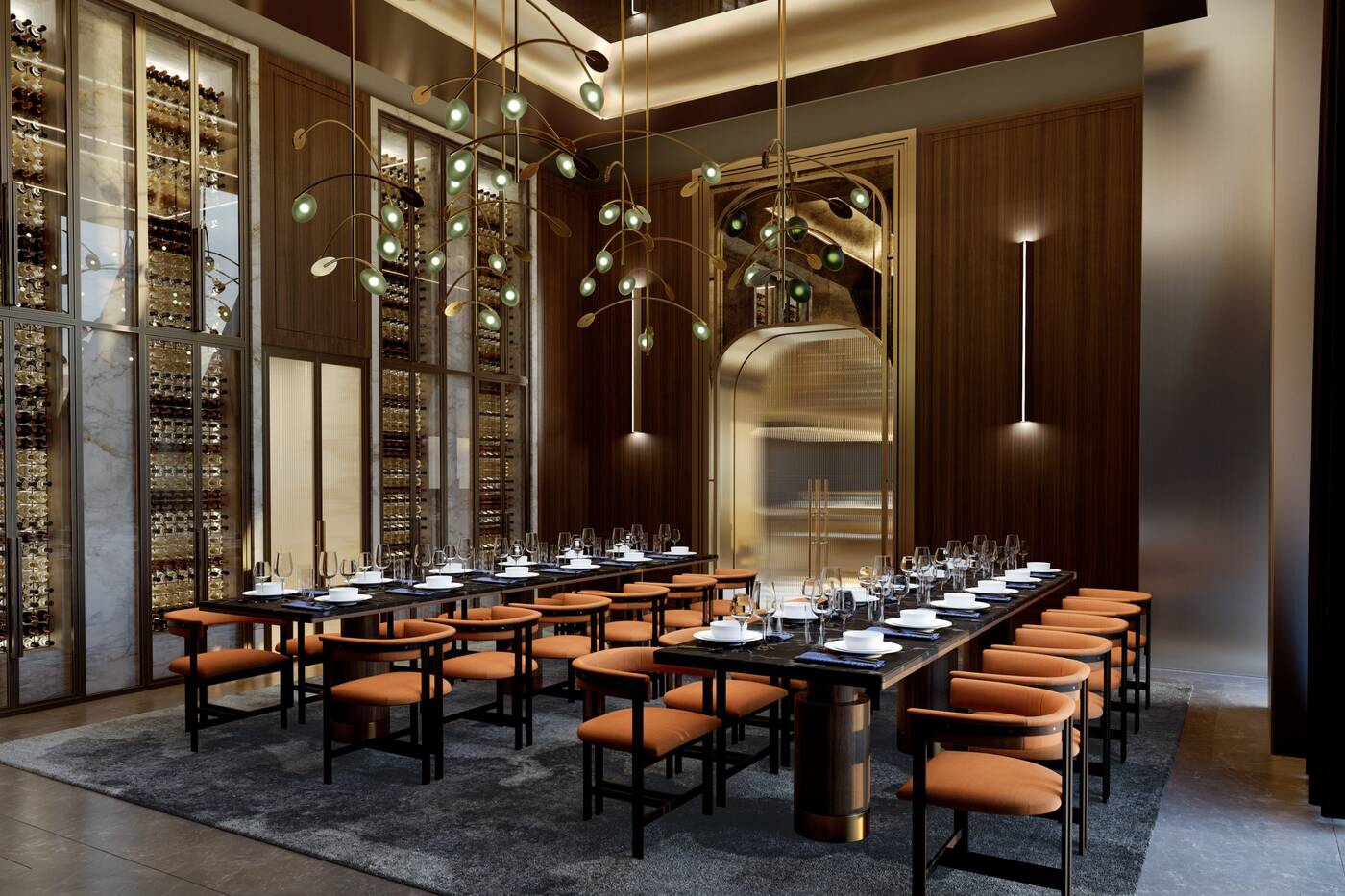 Work only resumed on The One a few months ago after construction was put on hold due to permit issues in 2018.

Things appear to moving along nicely now, but it's hard to bank on anything in the middle of a global pandemic.

"The new Andaz Toronto – Yorkville will enable guests to go beyond the familiar and provide connectivity to the bustle of downtown with the distinguished vibrancy of midtown's high-end Yorkville neighborhood," promised the Hyatt Hotels Corporation when announcing the project in 2019.

"The hotel's contemporary, beverage-forward culinary concept is currently under development and will be managed by one of Toronto’s leading restaurant groups."

We still don't know which restaurant group Hyatt is referring to, but its staff had better like gold trim and subtle, hidden lights.