Toronto is home to some ugly buidings.

Yes, beauty is in the eye of the beholder, but it's a known fact that good-looking residential towers are not the city's forte. And the sheer number of towers scheduled to poke out of our favourite heritage buildings will only add to Toronto's glassy-eyed veneer. 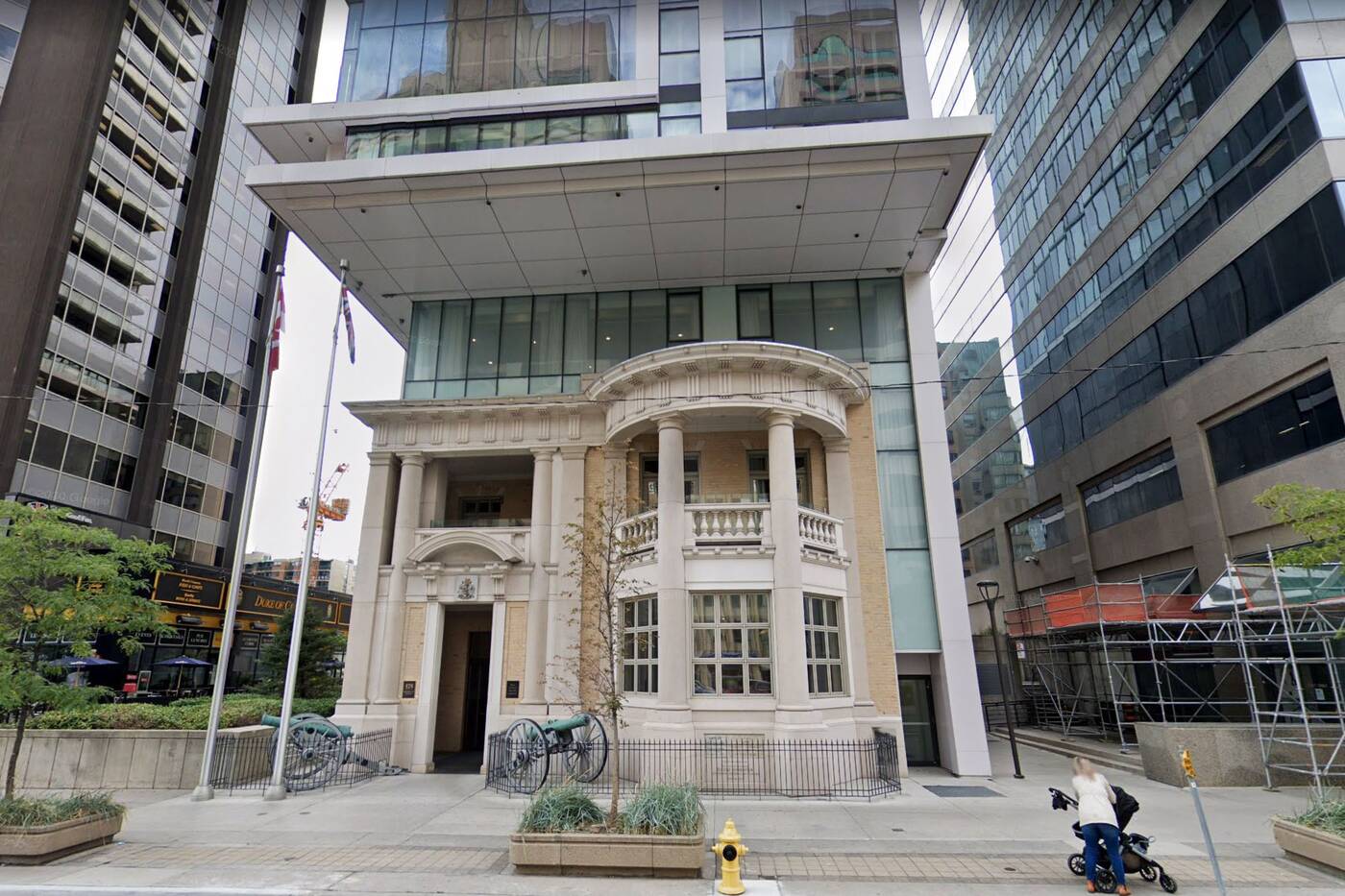 Many people are not a fan of the 42-storey Residences at the RCMI. Photo via Google Street View.

Of the existing eyesores in the city is a battle for the designation of Ugliest Building in Toronto, currently happening on a Reddit thread.

First to be nominated is the Residences at the RCMI: a 42-storey condo from Tribute Communities perched atop the rebuilt Royal Canadian Military Institute on University Ave. The overhang, the building above—awful. 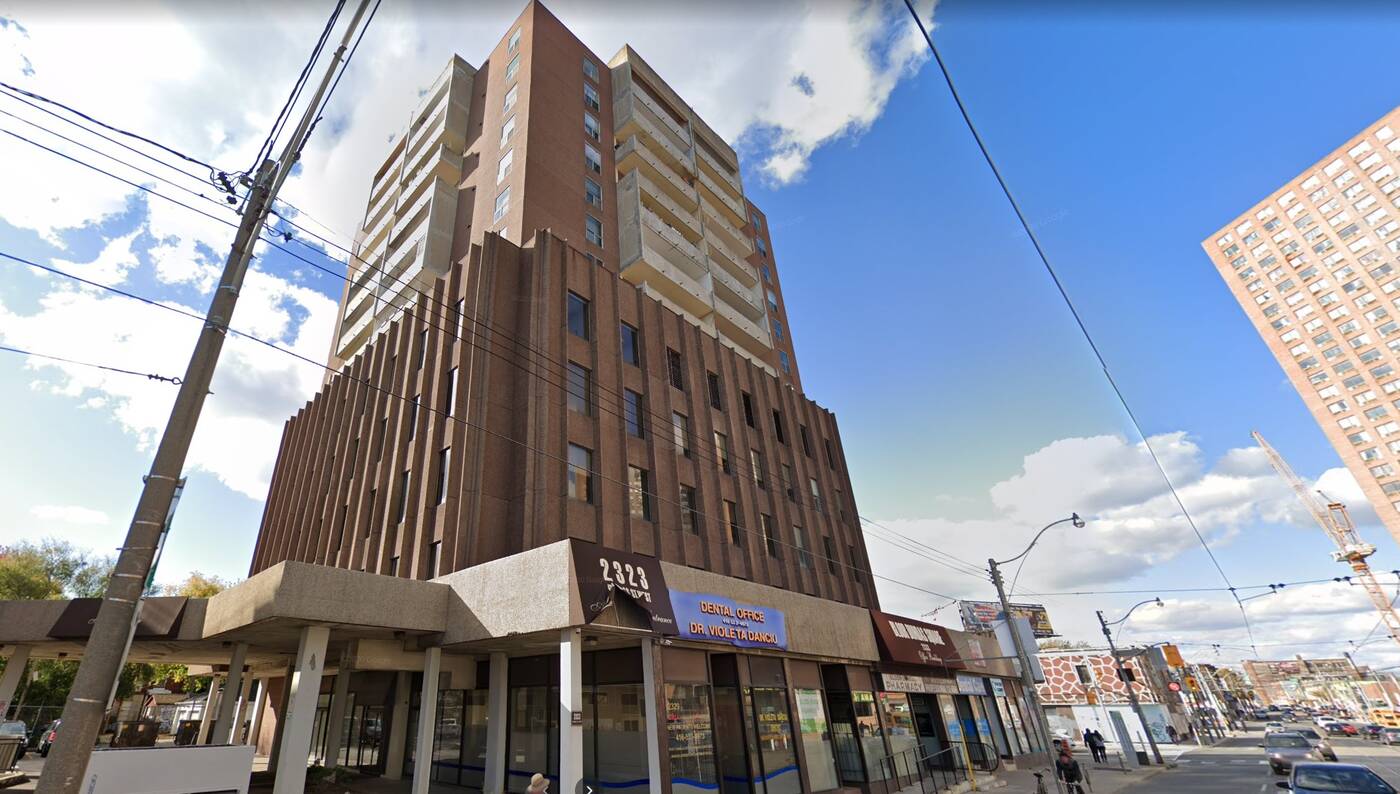 Not everyone agrees, but more than 200 comments later, a number of other bad vibe buildings are now in the race.

Among them is the hulking office building at 2333 Dundas St. West, which looks like a brutalist sandwich with retail at the bottom, offices as the middle, and residences at the top. 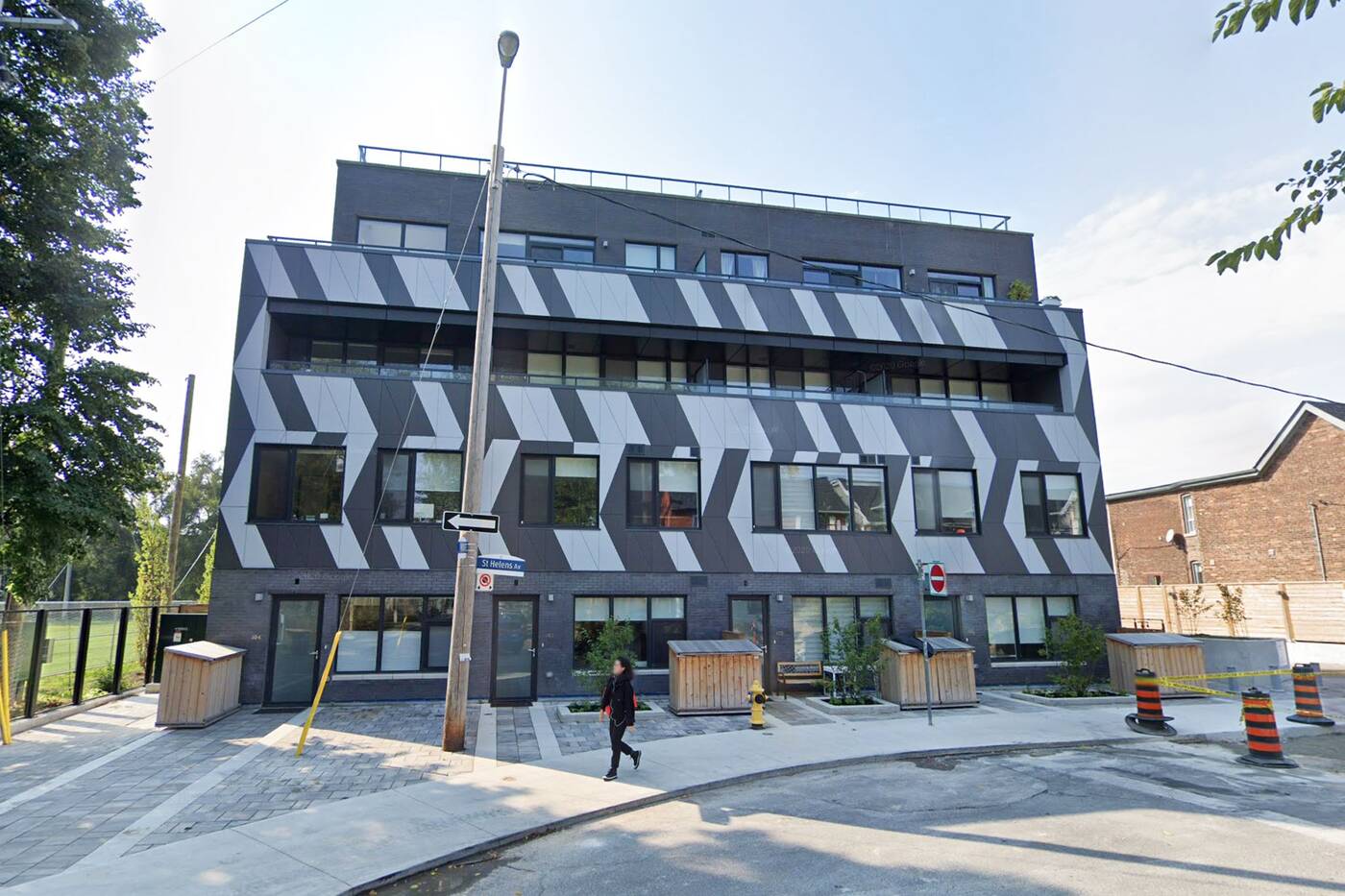 Some people are fans of Enigma's black-and-white chevron design. Others are not. Photo via Google Street View.

Enigma On The Park lofts at 138 St. Helens Ave., the nine-storey condo with a black-and-white chevron pattern, is pointing some of us in the wrong direction. 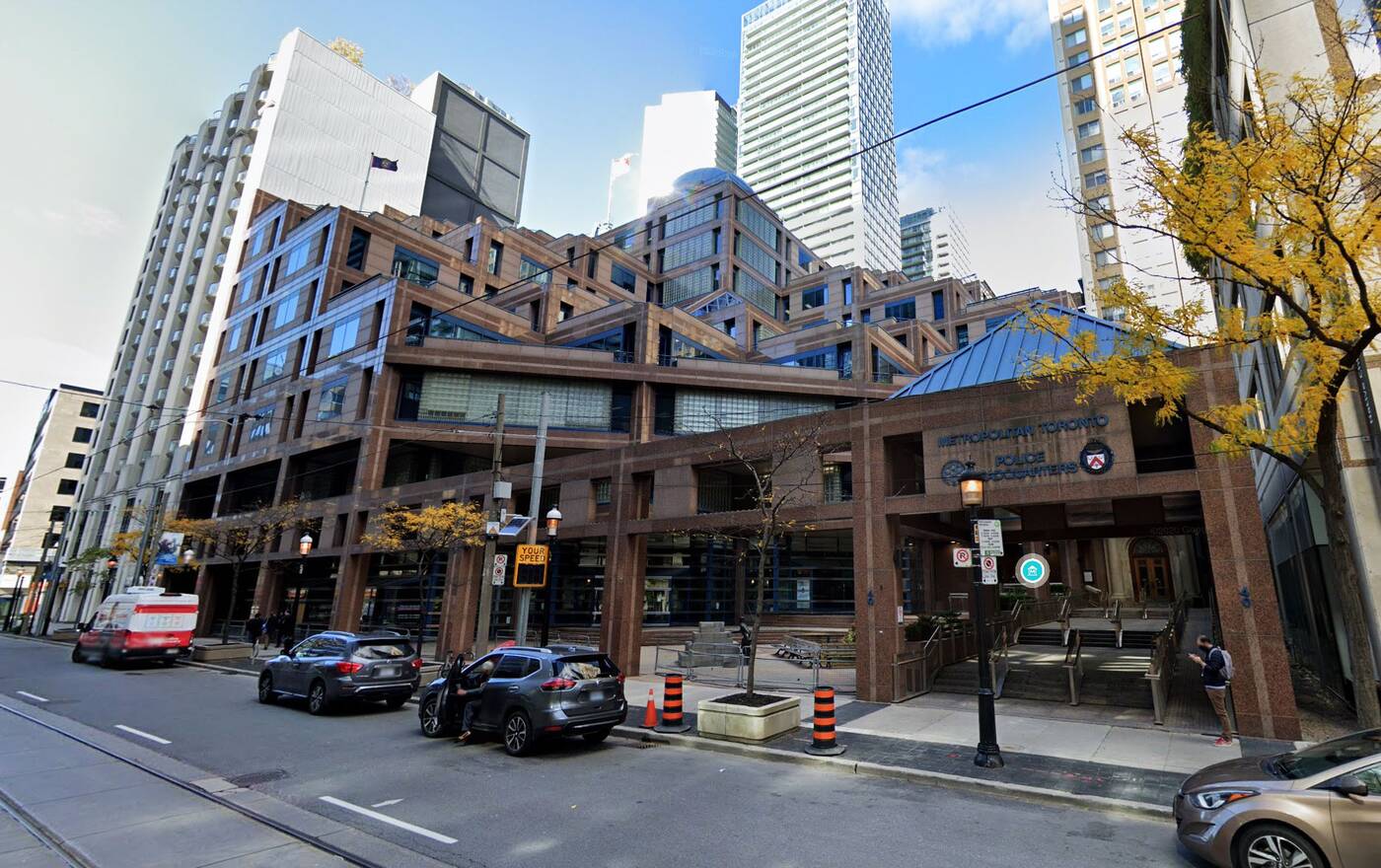 The Toronto Police Headquarters is deemed one of the city's uglier builds. Photo via Toronto Street View.

For obvious reasons, the octangular, postmodern headquarters of the Toronto Police Service is easy to poke fun at.

Thanks to its pink granite and glass cubes, it's been referred to as 'the Pink Palace' by some officers. 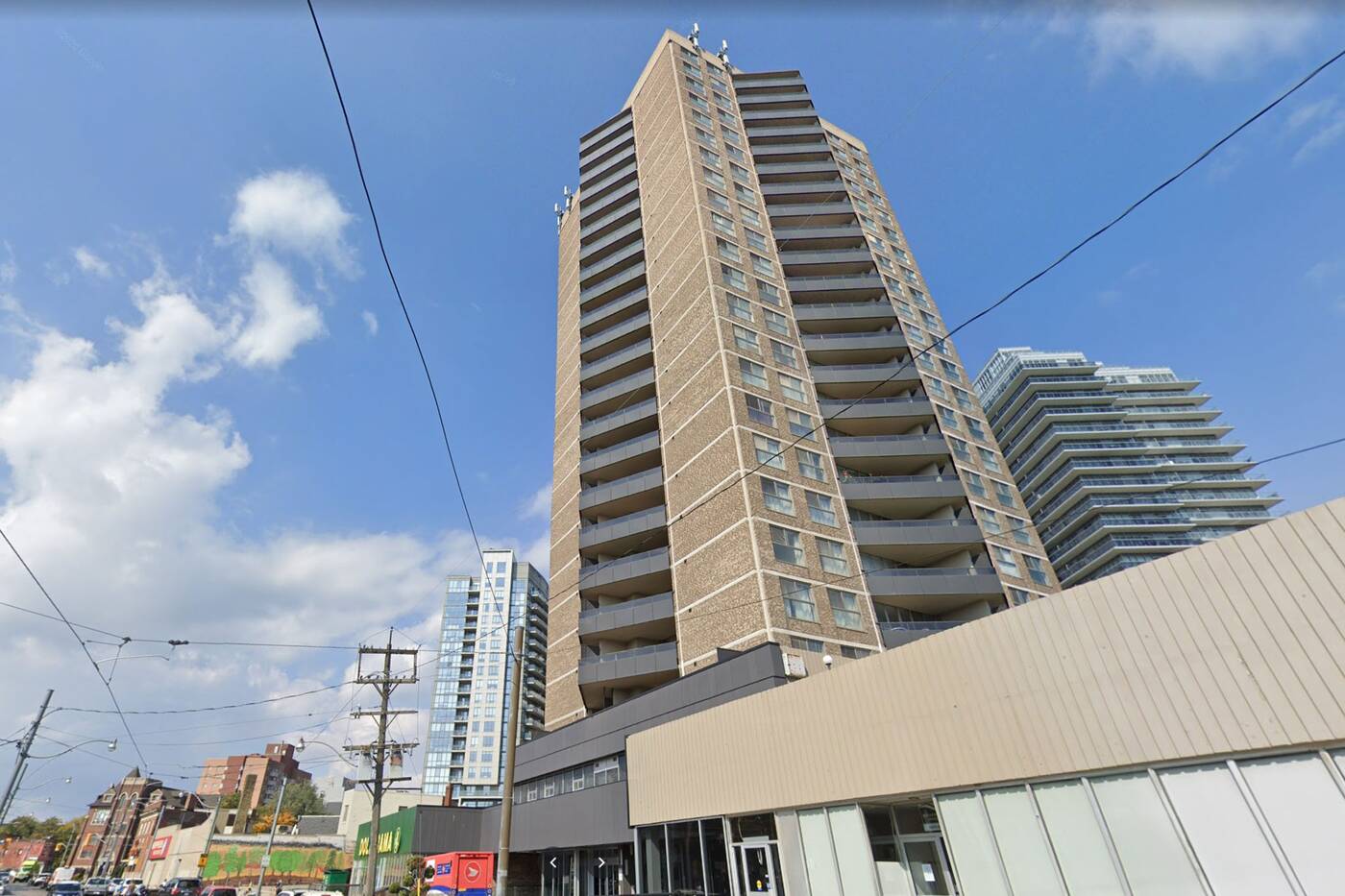 The buidling at 21 Vaughan Road is hard to miss. Photo via Google Street View.

There is concensus that the building jutting out of its two-storey podium at 21 Vaughan Rd. is really, really bad. 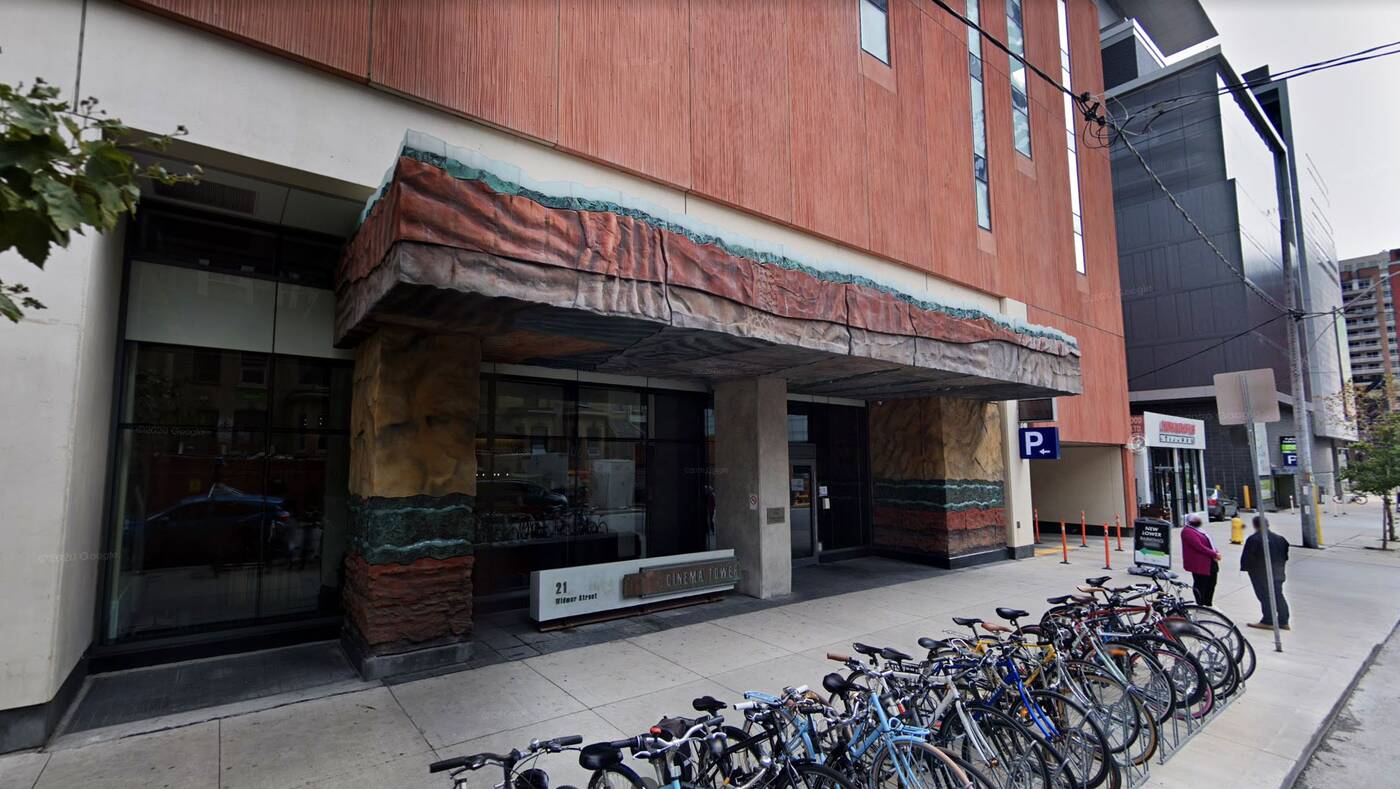 People are calling the entrance of 21 Widmer Street the doorway to a theme park ride. Photo via Google Street View.

The Cinema Tower at 21 Widmer Street is being called a 'bad theme park decoration', with its faux rock public art. 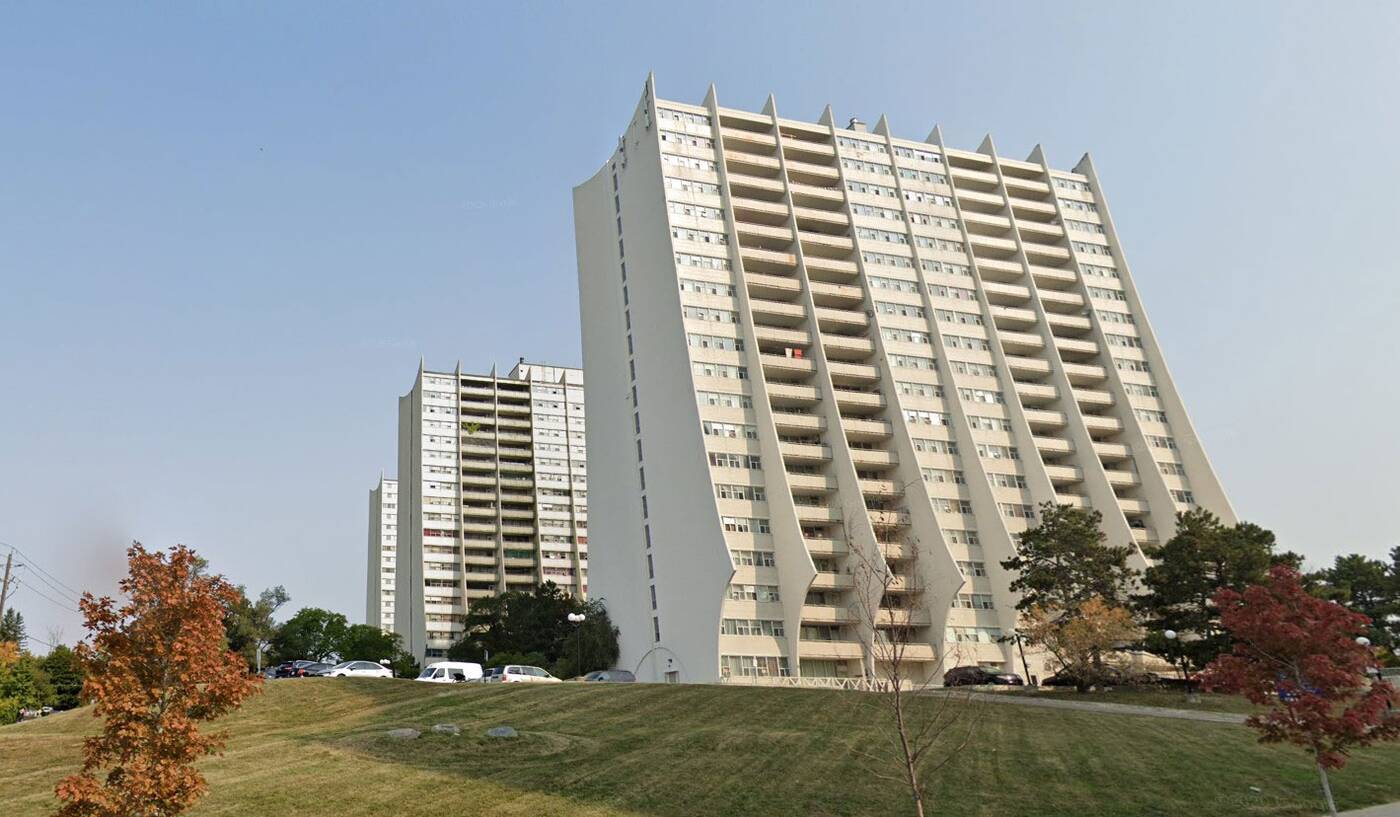 Despite being lauded by some, Uno Prii's Jane-Exbury Towers don't do it for everyone. Photo via Google Street View.

A lot of people weren't feeling the curvy, articulated balconies of the Jane Exbury Towers, built in 1969. Sorry Uno.

There are too many examples to count. Don't get us started at non-residential buildings: for many of us, the ROM Crystal still stings.