Cloverdale Mall, one of the city's oldest malls, may soon make way for a massive new redevelopment that could include condos, rental units, and an open-air centre.

The shopping centre, which has sat at 250 The East Mall since 1956, is slated to be torn down for a new mixed-use project that will span a whopping 32 acres. 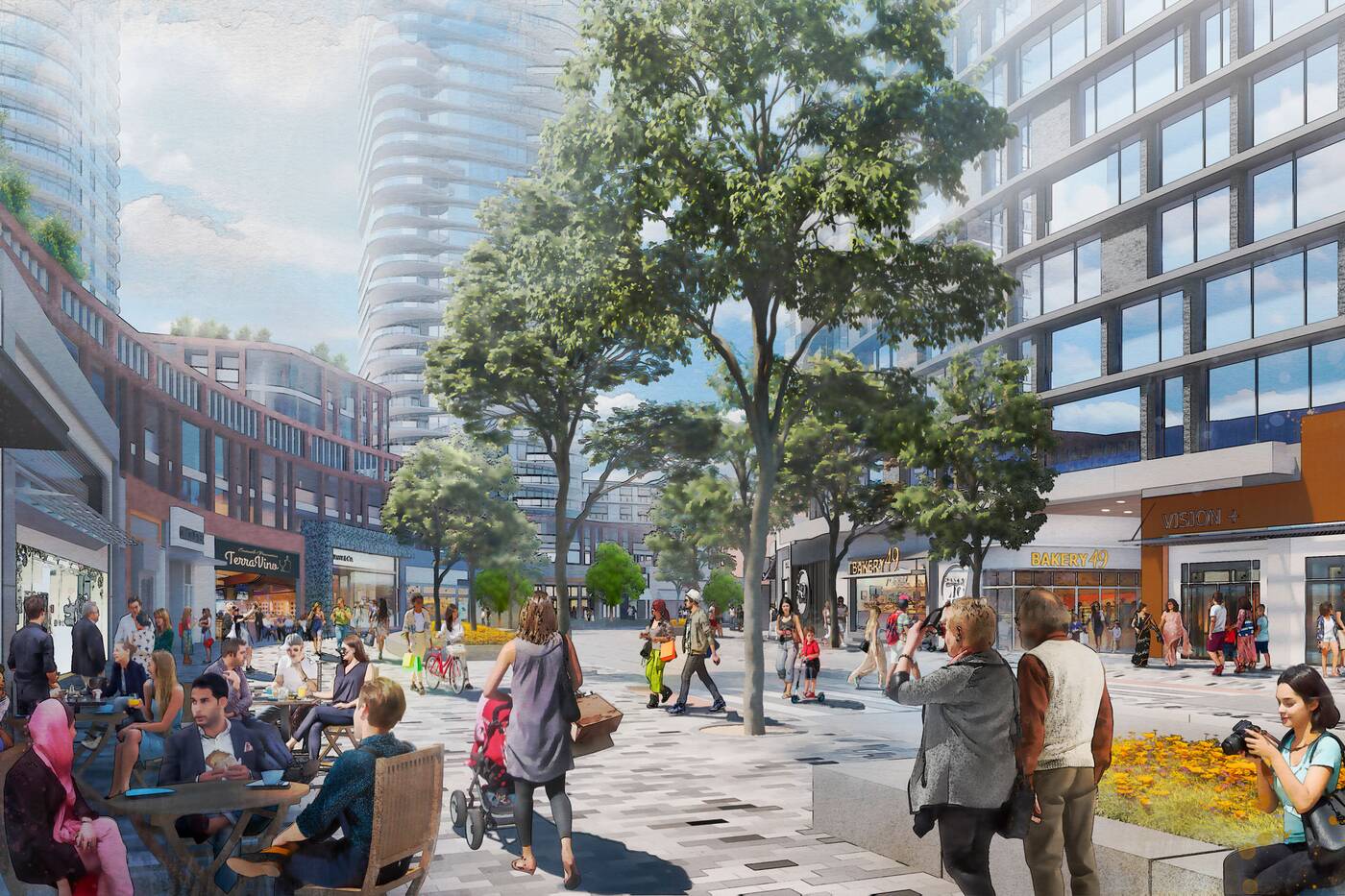 The proposed project will include an open-air centre and new shops. Photo courtesy of QuadReal.

The official plans for the aging mall have yet to be submitted to the City by Vancouver-based company QuadReal, which owns the property, but good news: the mall will be keeping its 63-year-old name.

QuadReal has held a number of open houses since early this year, where they've revealed certain details of the project, which brings architects Giannone Petricone Associates, Urban Strategies, BA Group, Stantec, and Janet Rosenberg & Studio together.

According to QuadReal, plans include a mix of new residential buildings, which will consist of condos, rental units, and maybe some affordable and seniors' housing.

There will also be a slew of new retailers that have yet to be determined taking over the space, though it's unclear whether Cloverdale's current anchor tenants (like Winners, Mextro, Rexall, Home Hardware, and Kitchen Stuff Plus) will be returning. 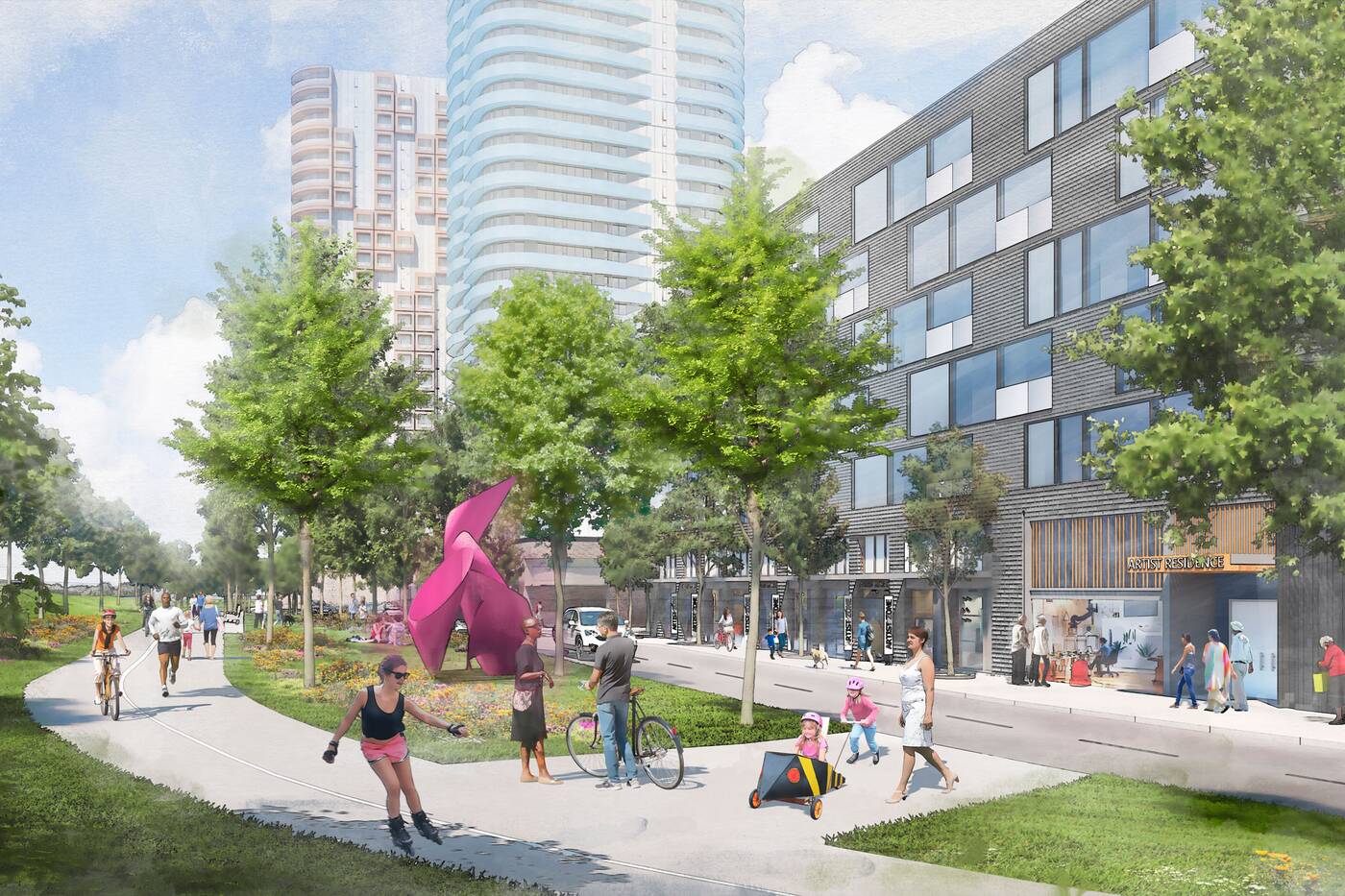 New green spaces, pathways, and residential units are being proposed for the site. Photo courtesy of QuadReal.

The coolest part about the project is its promise to create a new open-air centre, which harkens back to Cloverdale's infant days—it was actually built as an open-air mall back in the 50s, complete with a bowling alley.

Attendees of the community consultation expressed a need for green space on this busy corner of Dundas Street West and Highway 427. Renderings reveal lots of new potential park space, and new pathways around the plaza. 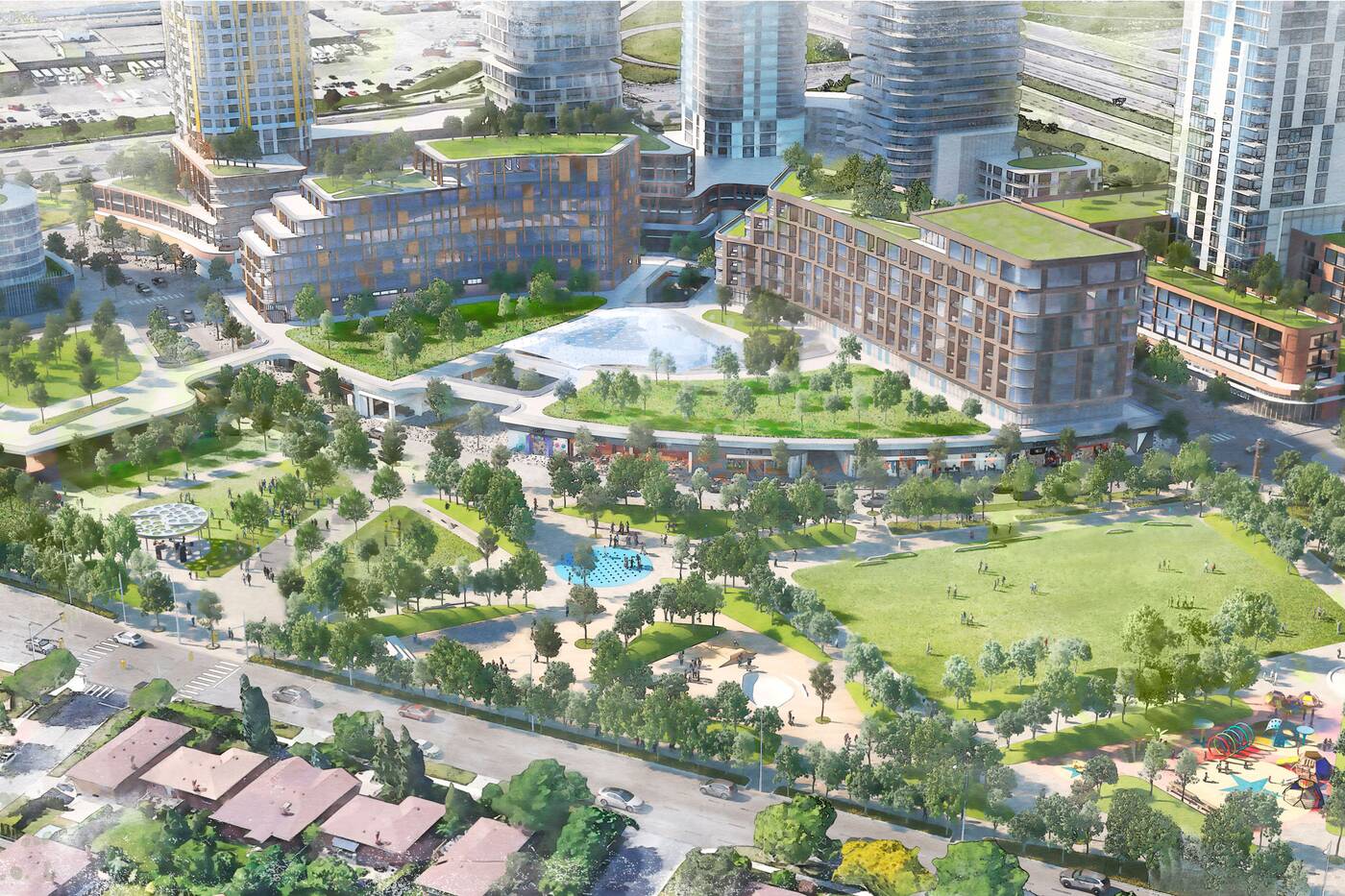 The Cloverdale Mall revamp will span a whopping 32 acres. Photo courtesy of QuadReal.

Cloverdale Mall's current above-ground parking set up will be transitioned underground for a "vibrant pedestrian-oriented environment," says a representative.

Plans for public transit access have been pitched throughout the process, but there have been no details about potential TTC extensions released.

QuadReal says it will officially submit a rezoning application to the City in March 2020.