This is what Cumberland St. in Yorkville is going to look like

Yorkville's  KingSett Capital-owned Cumberland Terrace site has been slated to be redeveloped for quite some time.

Now, a proposal for a multi-tower redevelopment is finally moving forward with a new rezoning application, according to Urban Toronto. 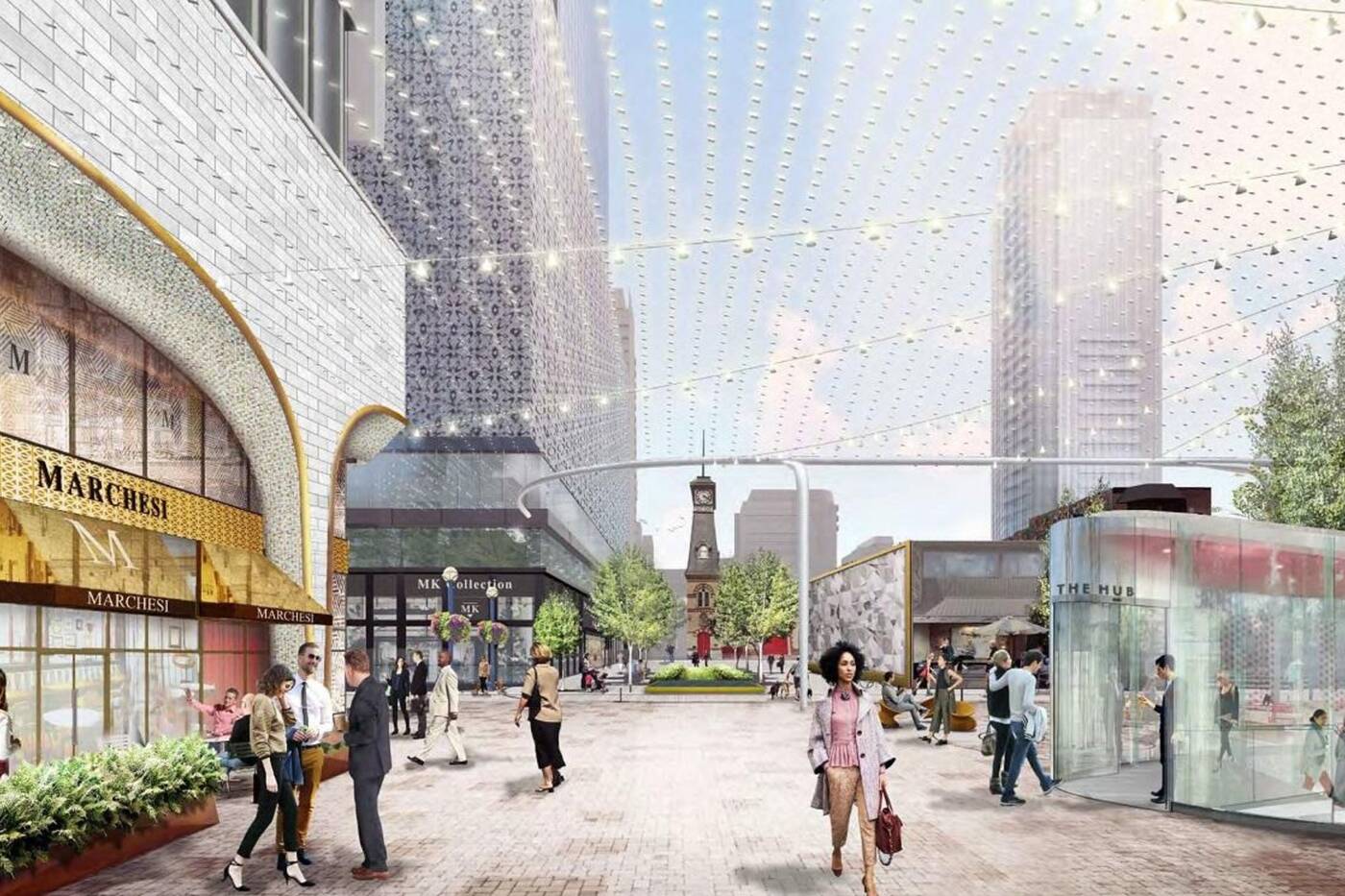 The public park at Cumberland Square. Image via City of Toronto submission.

The plan was recently presented to Toronto's Design Review Panel (DRP), and it was applauded for its creativity.

The newly submitted version of the plan, which is far from the first, proposes three residential towers as well as a brand new public square.

The Janet Rosenberg + Studio-designed public square is proposed to include a reflecting pool, a canopy of string lighting, and a stairway providing access to a concourse level below. 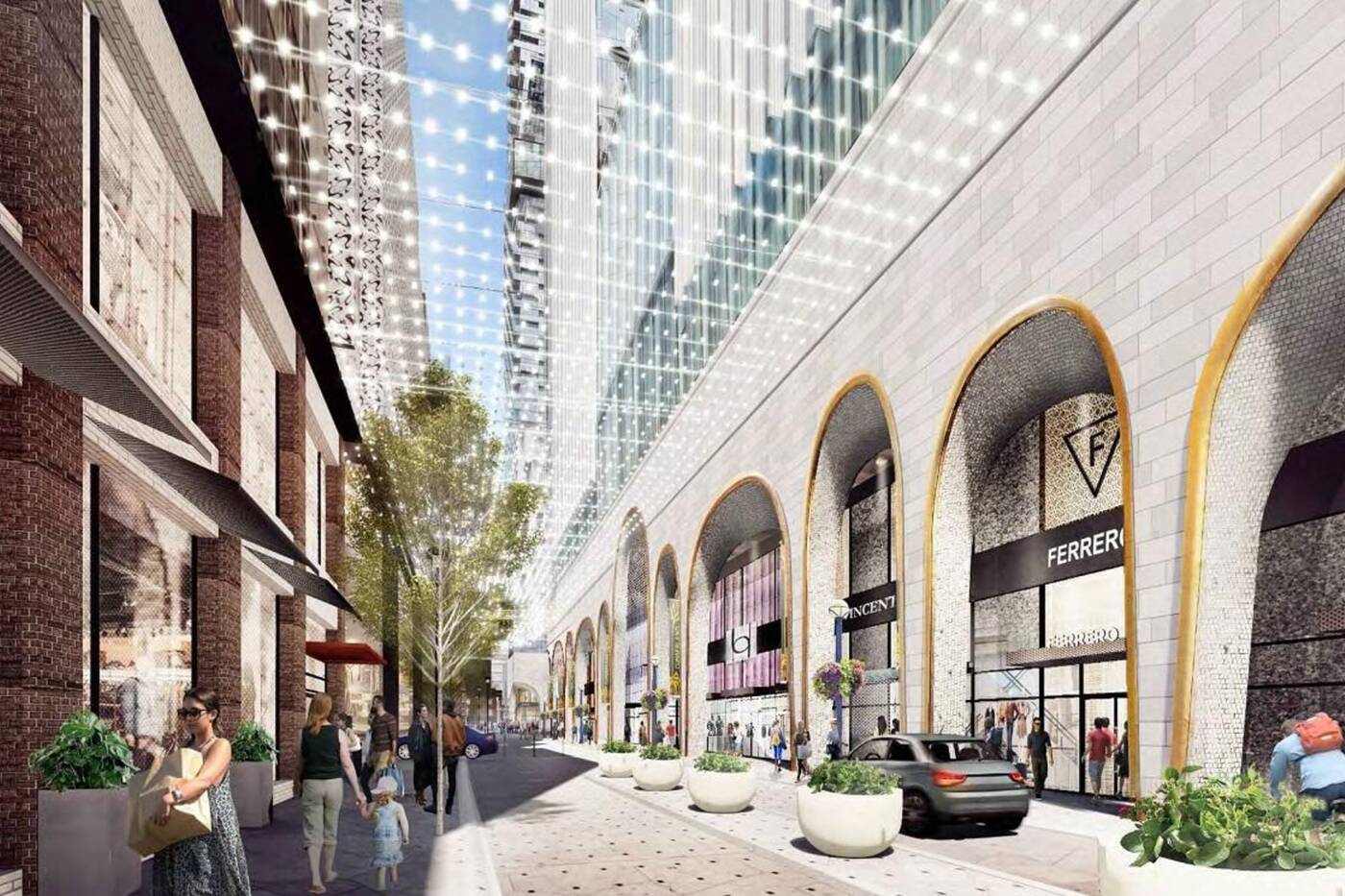 Street view of Cumberland. Image via City of Toronto submission.

The site is located just above the Line 2 subway tunnel, and it'll include a community hub, retail locations and TTC access.