The crane atop the L Tower condo is finally coming down next week and Toronto's skyline will never be the same.

For six years the small derrick crane has graced the peak of the 58-storey Esplanade building, remaining long after construction of the condo was completed.

Many Torontonians have been been confused as to why it needed to stay up in the first place, other than to add a little visual je ne sais quois to the Gardiner views.

In 2015 it was deemed unsafe by the ministry of labour and replaced, and ongoing litigation between the original contractor and developers only added to the derrick's Most Infamous Crane status.

Since its larger counterpart was disassembled years ago, the littler crane has helmed the building all alone.

Now the management office of the condo has just announced that developers Cityzen Development Group  will finally start disassembling the crane this Monday between 9 a.m. and 5 p.m.

While the derrick crane has never been sightly, per se, there's something about its presence that will be missed (especially given Toronto's penchant for construction cranes).

Don't say good riddance just yet, though: according to management's statement it'll take two to three months for the whole deconstruction process to finish.

There will also be sidewalk closures for up to two hours on Esplanade between Yonge and the Green P parking entrance, which might see the occasional disturbance as well.

On top of that, a building maintenance unit (BMU) will be installed to take its place. BMUs are the mechanical structures suspended from condo roofs to carry human window washers or other maintenance devices: essentially this crane is going to be replaced by another one.

Construction for the new BMU will take about a month, meaning the residents of L Tower Condo won't be getting their windows at all cleaned until September at the earliest.

There's a good chance the whole procedure will take a lot longer than three months, considering L Tower was supposed to be getting its BMU last summer.

Looks like everyone's views from the 6ix are going to see some changes this summer. 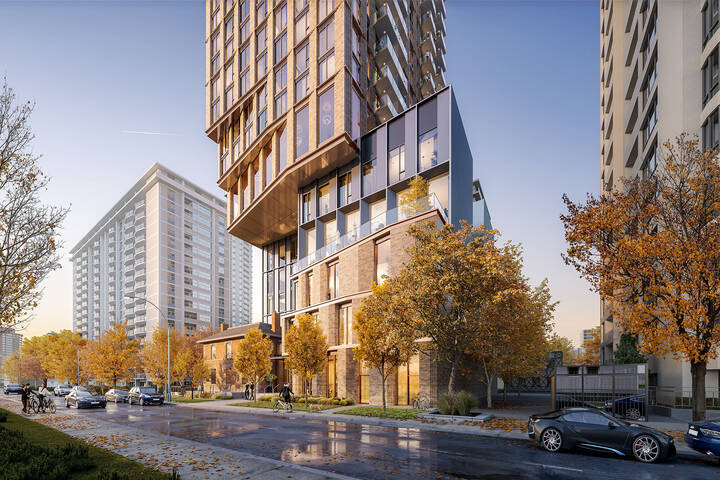