The Toronto Air Show 2021 will soon fill the skies above downtown Toronto.

If you live anywhere near the Exhibition grounds, then be prepared with some earplugs for the thunderous sounds of the Canadian Forces Snowbirds, who are celebrating their 50th anniversary. 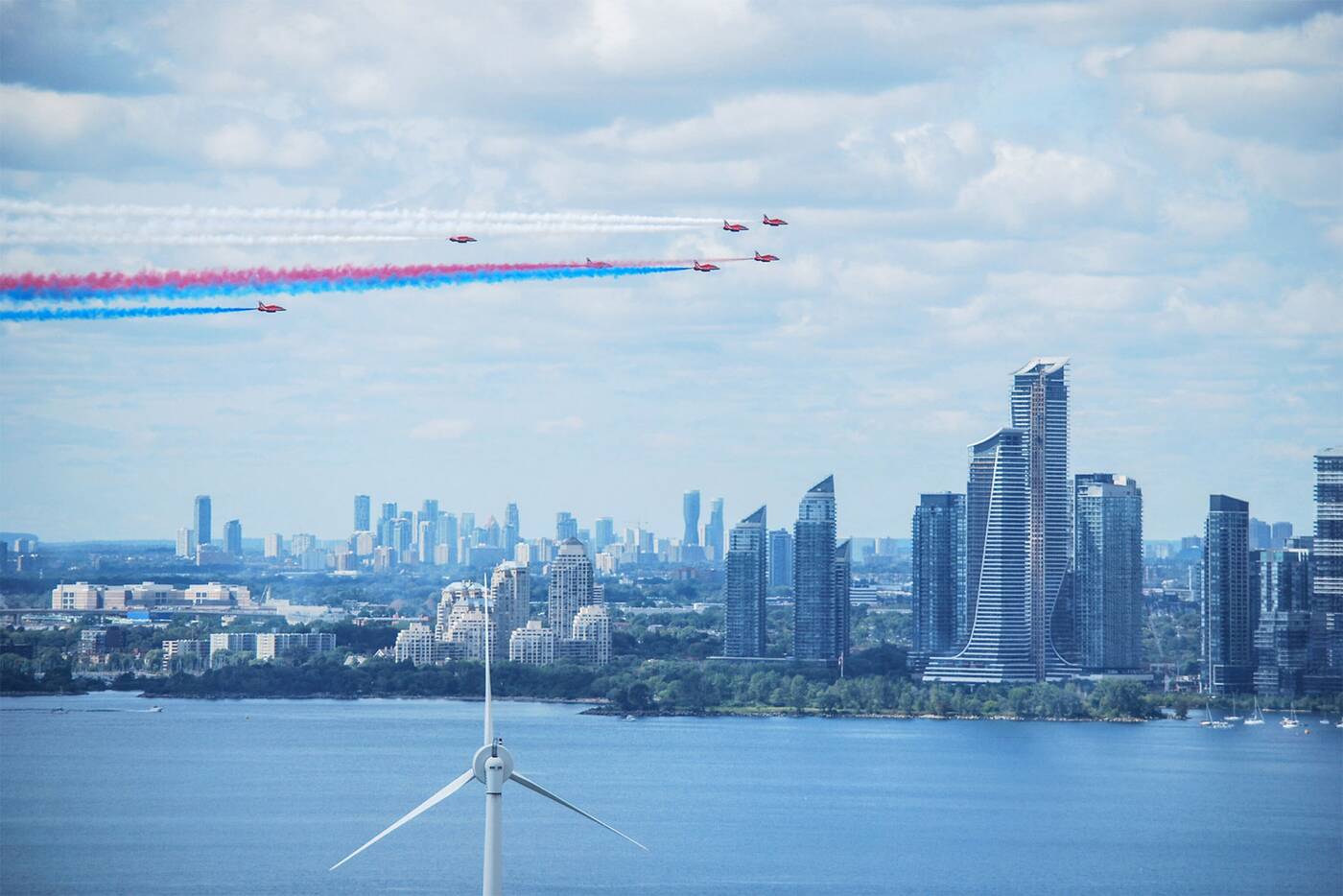 Look up this weekend or you'll miss the show. Photo by Marcanadian.

There will be 14 kms of viewing space between the Humber Bridge and the Billy Bishop Toronto City Airport in order to accommodate social distancing.

Due to restrictions, there will be no ticketed Exclusive Airshow Zone this year. There will be a free narrated live stream instead.

Parking will be available at Exhibition Place and Ontario Place. Public transit can also be taken to viewing locations.

Be prepared for the earsplitting show by bringing some earplugs, sunscreen and leaving the dogs and babies at home.

Toronto is getting a terrifying haunted house and maze next month

There's a massive kite festival in Ontario this weekend

15 things to do in Toronto this weekend

15 things to do in Toronto this weekend