The August civic holiday in Toronto for 2021 means a long weekend full of events and activities, especially now that lockdown is behind us and things are finally starting to get back to normal.

Whether you're looking to get active along the waterfront, indulge in some arts and culture, or cheer your head off at a sports game, you won't be stuck for options Friday through Monday.

Here are some things to do this upcoming long weekend in the city.

The Blue Jays are back to playing home games this month, so why not get yourself a seat at the Rogers Centre. Tickets are still available for the Toronto Blue Jays vs. Kansas City Royals this weekend, and on Monday, they're going up against the Cleveland Indians Guardians.

Chow down on street food at a night market

Admire the work of Andy Warhol at the AGO

A blockbuster exhibition of the iconic Andy Warhol is taking place at the AGO. It features Warhol's portraits of top celebrities like Elvis and Dolly Parton, as well as experimental installations and his conceptual works.

Take a cycling tour of the waterfront

Grab your two-wheeler and head to Toronto's shoreline for a guided two-hour excursion. The tour will start at Marilyn Bell Park and head to the top parks, beaches, and landmarks along Toronto's waterfront.

Go to a Toronto FC match

If soccer is more your thing, no sweat: Toronto FC is also back at BMO Field. Get a ticket quick to watch them go head-to-head with Nashville SC on Sunday. The energy is sure to be wild just a few weeks into the season after a more than 10-month hiatus. 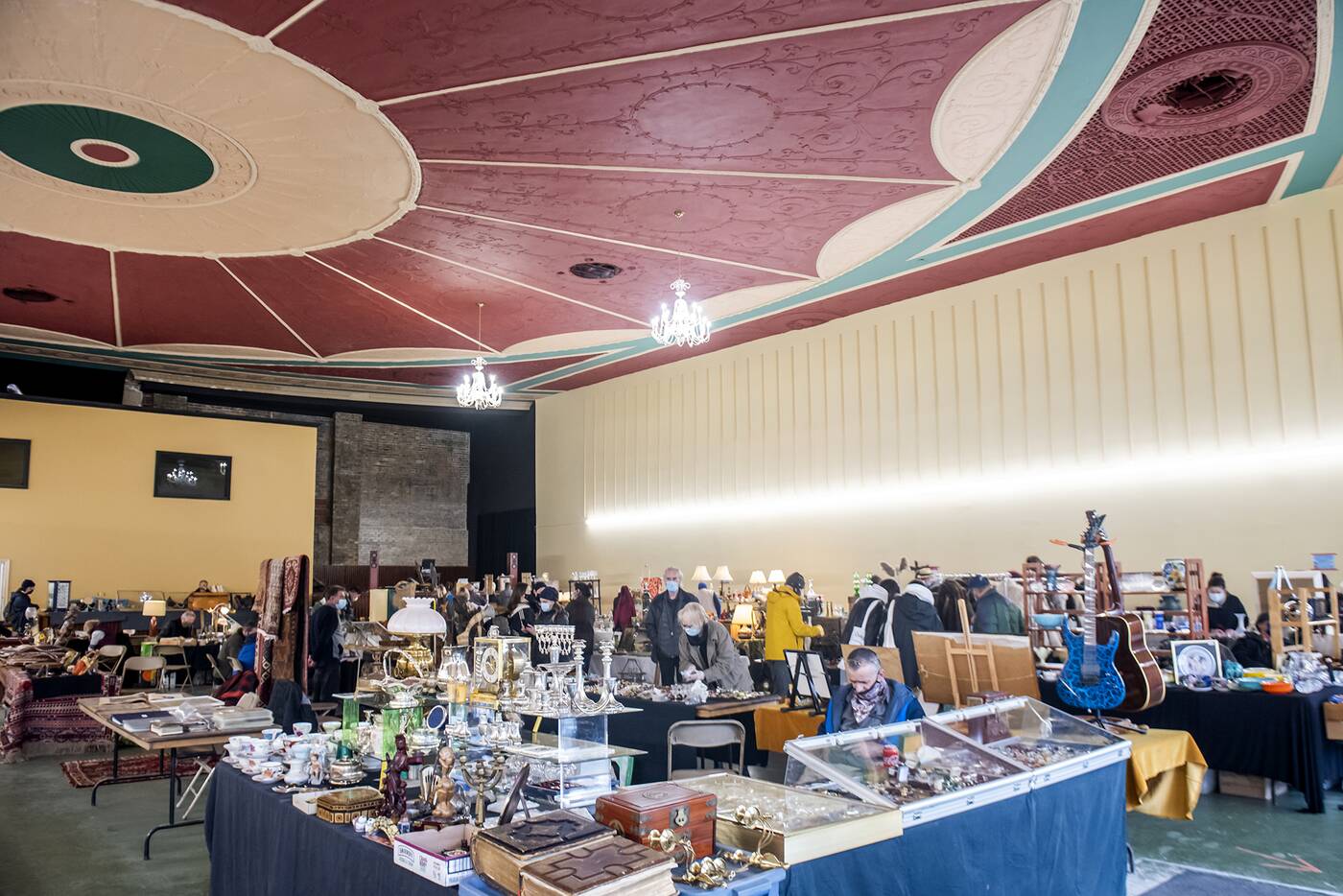 Parkdale Hall will be hosting a vintage clothing market this weekend. Photo by Hector Vasquez.

Score some vintage finds at a clothing market

The Parkdale Hall, which originally opened as a theatre in 1920, is a hub for antiques and vintage gems. Head there on Saturday for the vintage fashion market. There's also an antique Sunday market the day after.

Take an enchanted night walk at the Toronto Zoo

Terra Lumina is a night walk and massive outdoor light show taking place at the zoo. First, pass through a portal of light and get transported to the year 2099. Next up is a forest of light and an Arctic landscape. Tickets are $29.99 for adults.

Watch movies under the stars at Fort York

The opening of a five-week film festival, at a Toronto park next to a national historic site, is this weekend. The first three films will be The Birdcage, Monsoon Wedding and Booksmart. Advanced tickets are already sold out but a few same-day tickets will be available.

Stuff your face at a drive-thru Ribfest

Scarborough's Centennial College Campus will be hosting this drive-thru event. Load up on ribs from four different ribbers, poutine, donuts, funnel cake, and soft serve, all from the comfort of your car.

Be wowed at a massive magic show

Illusionarium is transforming the old Toronto Star printing press into an exhibition of live magicians, 3D projections, and life-sized holograms. A favourite duo in magic and comedy, Penn & Teller, will even be performing an interactive illusion via a video link.

Check out art installations around Bloordale

Outdoor murals, window displays, and public installations will be scattered on Bloor Street West from Dufferin to Lansdowne for BIG on Bloor. It won't cost a thing and you can explore the 24/7 installations whenever works for you over the weekend. 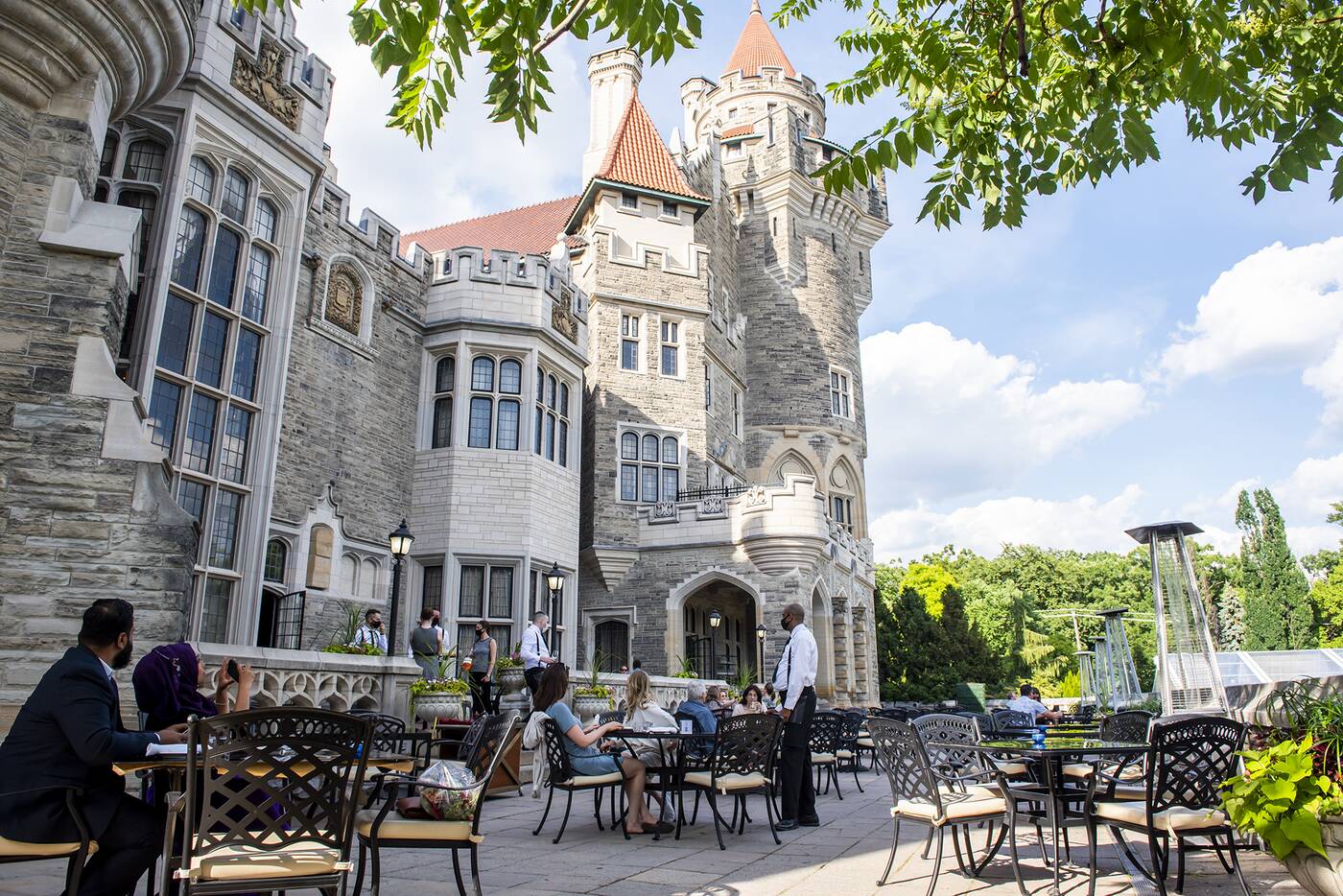 There will be lots to see and do at Casa Loma this weekend. Photo by Hector Vasquez.

Explore a castle straight out of a fairytale

Casa Loma is going to be even more magical this weekend thanks to an enchanting lights forest, dragon's lair, and interactive performances from knights, fair maidens and fairies. Self-guided tours start at $35.

Paddle up to a comedy show on Humber River

Comedy on the River lets you watch a comedy show from a canoe or kayak offering a full lineup of comedians every weekend. Head to King's Mill Park along the Humber River this Friday for a laugh and a paddle. Tickets range from $40 for single kayaks and $70 for canoes.

​Taste your way through Kensington Market

You can take a guided tour around the multicultural enclave of Kensington. Join up with a small group and sample foods at each stop as you learn about the history of one of Toronto's favourite hoods. Tickets will cost you $69 per person.

High Park is the perfect setting to see a musical and you can do just that this weekend. Coming to the amphitheatre stage is Blackout, inspired by the largest blackout in Canadian history that took place in Toronto nearly 20 years ago.