The world's largest rubber duck is coming back to Toronto

The giant rubber duck that famously (and controversially) took up roost along Toronto's waterfront three summers ago will make its triumphant return to the city this summer as part of the Redpath Waterfront Festival.

Redpath itself announced the news on Monday morning, revealing in a press release that all 30,000 pounds of "Mama Duck" would float back into the Toronto harbour from June 19 to 21. 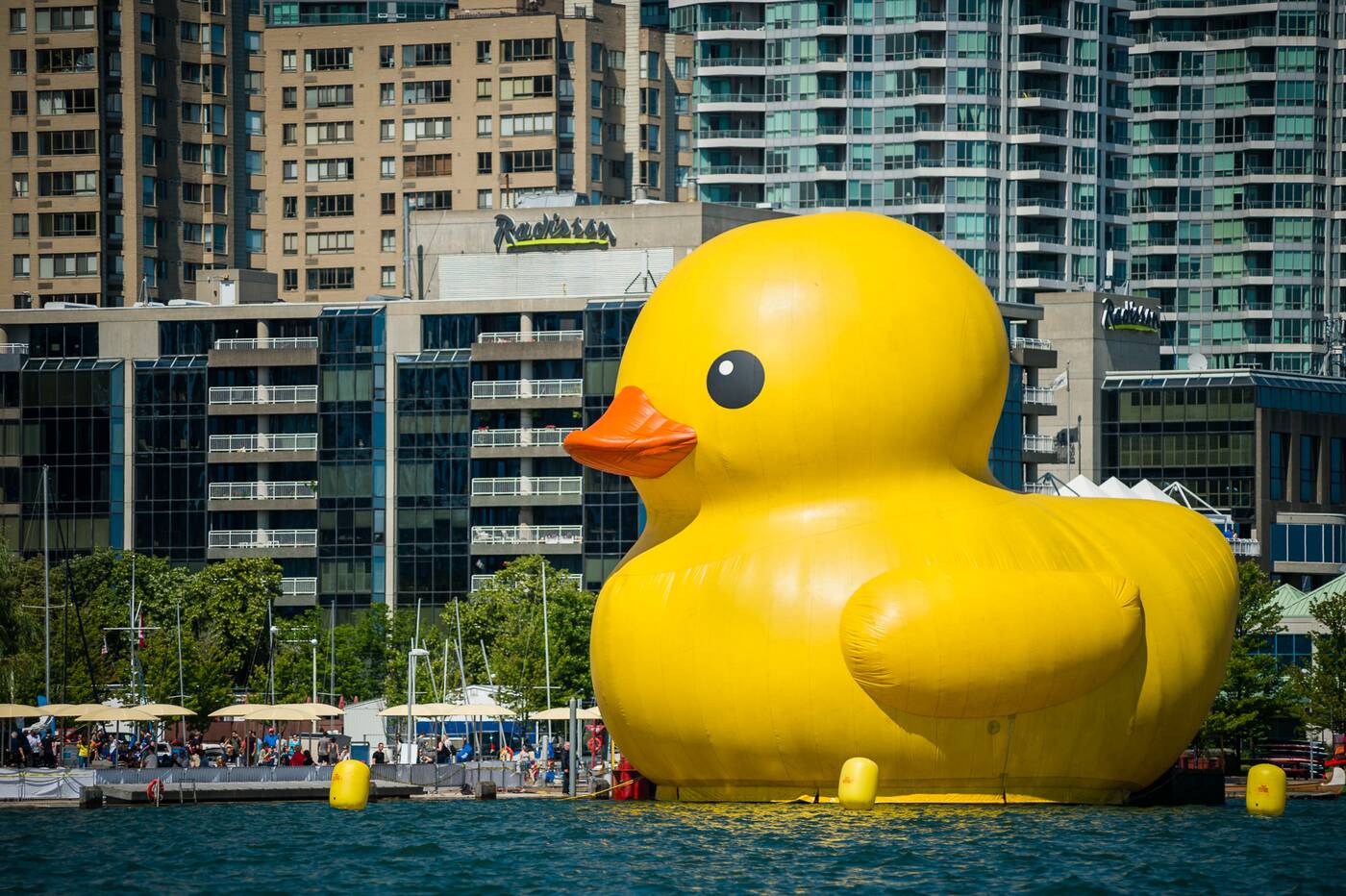 The six-story tall duck will remain docked along the waterfront for three days and is expected to attract hundreds of thousands of spectators to the waterfront.

To wit, more than 750,000 people came out to see the giant duck at HTO Park in 2017, when it first stopped in Toronto as part of a cross-country tour celebrating Canada's 150th anniversary.

Some were upset at the time to learn that government grants had helped pay for the duck's $200,000 appearance, but critics were silenced fast when it was announced that the display had generated an estimated $7.6 million in economic activity for the City of Toronto over just three days. 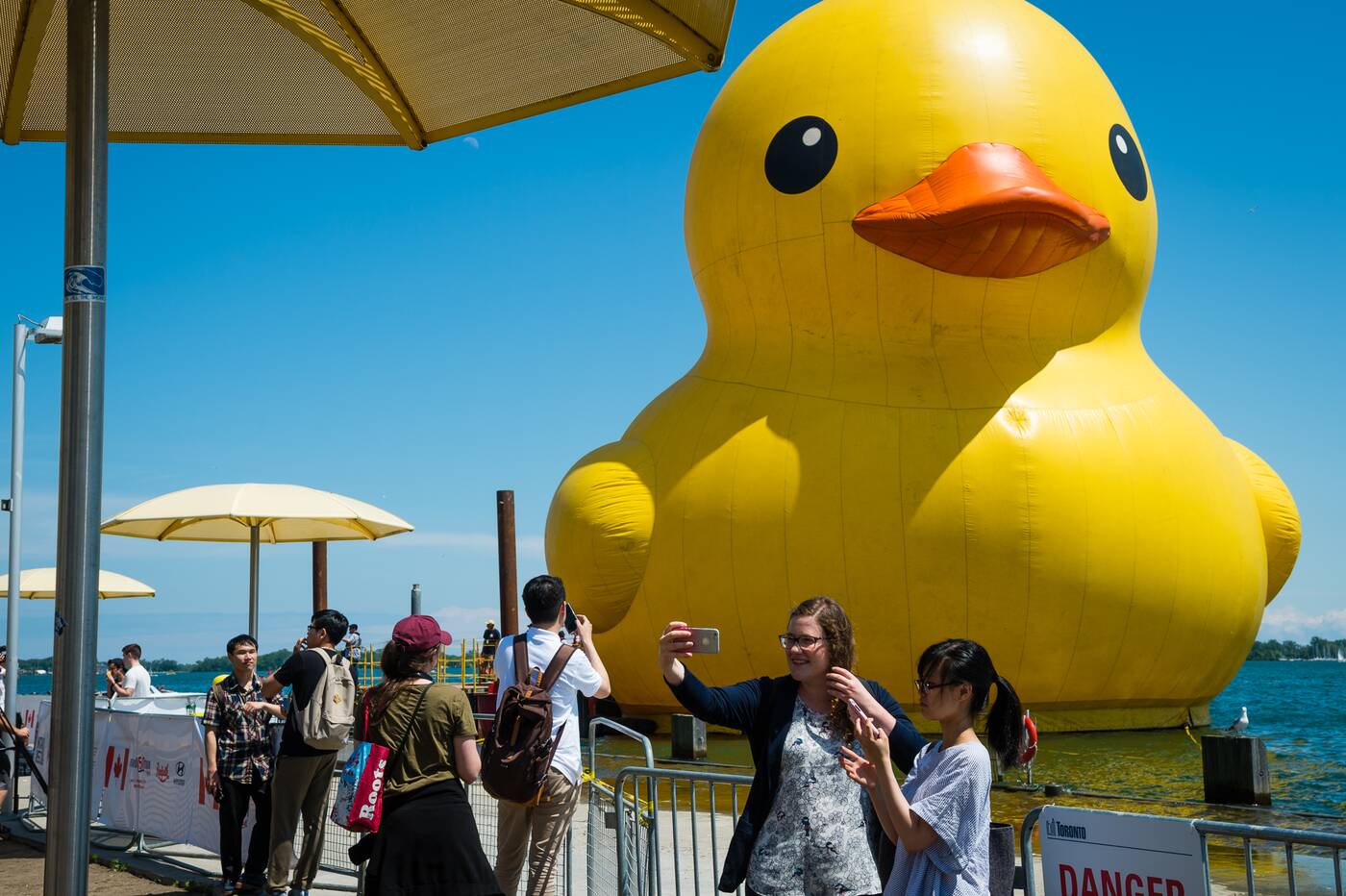 This time around, Redpath and Billy Bishop Airport are covering all costs associated with bringing the duck back to Toronto.

Aside from being cute Insta-fodder, the sculpture is actually based on an important piece of conceptual artwork by Dutch artist Florentijn Hofman. 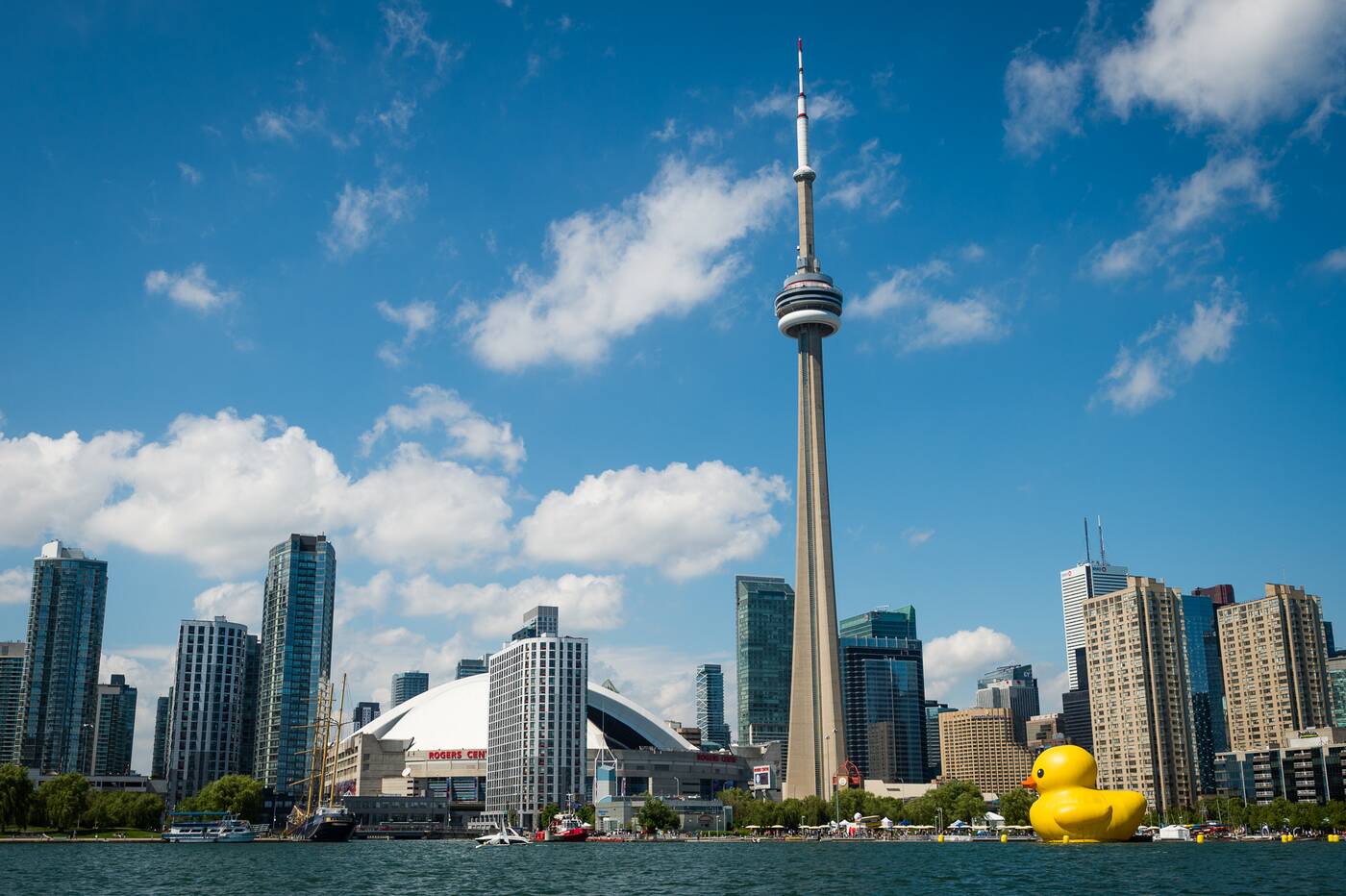 Those who saw it the first time around were so taken with the duck that they've been pestering Redpath throughout the course of its three-year hiatus for another showing.

"In the years since, we have received countless comments and inquiries asking when the Duck will return," noted Currie.

"With our 10th anniversary this year, it was obvious that we needed to bring the Duck back to re-capture the magic and thank our visitors for their ongoing support of the festival."