Canada Day weekend events in Toronto is our guide to events happening this Friday, Saturday and Sunday. Here's what's happening in Toronto this June 27-29, 2014.

World Pride 2014
On the dawn of Rob Ford's eminent return, let us party with forgiveness in our hearts over the fact the Mayor missed one of Toronto's biggest events of the year - forgiveness and hope that it gets better (if we vote as hard as we party for Pride, it can get better - I believe it!). Toronto's World Pride celebrations are North America's first, and art exhibits, conferences, comedy shows, drag shows, and parties are already dotting the city (check out our party guide here). If you got a crazy haircut just for Pride, you automatically get 2014 points. The points can be redeemed at City Hall after June 30. Check out our World Pride preview here. Pride parades are: Friday: Trans March. Saturday: Dyke March. Sunday: Main Parade. June 20-29.

World Cup
They are still kicking those balls around. Whether your passion is ignited by love of the game, slightly unfounded four-generations removed patriotism, or you're just a literary dandy trying to channel the spirit of Hemingway into an awkwardly transparent enthusiasm for blood, we've got a list of the city's best patios from which to watch, and a round up of where to watch the game depending on which country has the cutest dogs - I mean which country you hope kicks balls best. Until July 13.

Disco Disco
There will be no shortage of opportunities to dance outdoors at this year's Pride celebrations, but there's nothing quite like shaking your ass under the stars to some quality underground disco. Headliner Dimitri From Paris can always be depended on for some beautiful dance floor moments, and London's Horse Meat Disco definitely know how to keep the vibes deliciously dirty. Sunday, June 29, Cawthra Park, 1pm, free. BB

For more dance listings, check out our Top Dance Parties in Toronto in June post.

Pride Streetfair
The Church-Wellesley Village is going car-free for Pride, and giving the streets over to a marketplace, food and drink vendors, performers, and everyone you know wearing sunglasses because last night - last night. You know this is where the pugs are going to be! In fact next to Woofstock, the dog watching/strutting action at this fair will probably be the best of the summer. Get out and make new friends. Friday - Sunday, various times. 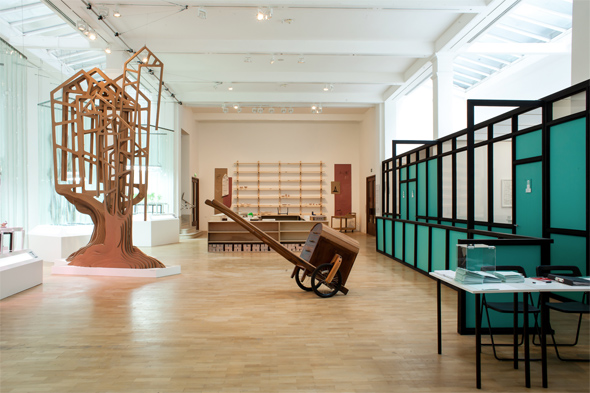 Pedro Reyes - Sanatorium
Opening tonight is one of the shows I'm most looking forward to this summer, the therapy hub by Mexico's Pedro Reyes, which might say something about me, I'm not sure. The ongoing performance piece offers short therapy sessions for those feeling the woe of urban life - a receptionist will schedule an appointment just for you, you'll sit in a waiting room with other gallery visitors, and then a Reyes-instructed therapist will do their best to settle some ennui. The physical installations themselves look to be interesting as well. The Power Plant (231 Queens Quay West), June 28 - Sept 1. Opening reception Friday, June 27, 7pm.

Taste of Asia Festival
If you're looking to take part in an Asian cultural festival, this one is a can't-miss. June 28 and 29, Kennedy Rd. between Steeles Ave. and Gorvette Rd. in Markham will include multicultural performances, 150 street vendors, and is likely to attract over 100,000 visitors, if last year's numbers are any indication. Taste of Asia also includes such fun as a bibimbap eating competition and basketball games in the streets. June 28-29, Kennedy Rd b/w Steeles and Gorvette. SR

Porkapalooza
Porkapalooza takes place Sunday, June 29 from 3pm to 5:30pm at Harbourfront Centre (235 Queens Quay West). For $8 you get a six-sample platter of the contending peameal bacon, pulled pork and ham sandwiches, and the opportunity to vote on your favourite. LI

2014 Jazz Fest
On now, the Toronto Jazz Festival's star studded line-up is filled with over 350 artists playing at 50 different venues including Nathan Phillips Square, The Rex, Kool Haus, and Roy Thomson Hall. The festival operates under a pay-per-show format with some bars charging cover while larger acts operate through Ticketmaster or their respective venue`s website. June 19-28. JT

Digital Dreams
Even if you're a veteran dance music snob, you still have to admit that there are some great acts mixed in with the mega-festival cheese at this year's Digital Dreams. Where else could you see names like Danny Tenaglia, Deep Dish, Art Department, Justice, Victor Calderone, Nicole Moudaber, Green Velvet, Andy C and more all playing at one event? June 28-29, Flats at Ontario Place, 2pm, $220. BB

A PSYCHIC EUPHORIA
Little Ghøs† of The RGB Collective is hosting this party at Smiling Buddha that is so psychedelic that I can't really relate it to you properly without us both candy flipping and promising to always be connected in a corner of the Buddha basement first. STÜKA (noise/drone/industrial), CHOBO (yeah, Ben Boles writes for us), Petra Glynt (yeah, I write about her every week) and more are upstairs. What's going on downstairs? I'm not sure what writing is, your face is a butterfly. Friday, June 27, 8pm, Smiling Buddha (961 College Street).

For more music listings, check out our This Week in Music, June Concerts, Summer Concerts, and Summer Music Festivals posts.

Regional Support Network
Feisty Regional Support Network is back (check out our interview with the avant-garde film programmers here), this time with a series of shorts from radical old... Saskatchewan? No people are weirder than prairie people - I would know. Sask artist Amber Christensen curates. Saturday, June 28, 8pm, Videofag (187 Augusta Avenue)

Bernardo Bertolucci's Me and You (TIFF)
If you're like me and you don't believe in anything you can't cuddle, creep up under the covers with Bertolucci's newest this weekend at TIFF. His first feature in a decade, everything is here: heroin addiction, characters rarely wash their hair because they look hotter that way, troubled familial relationships: it's cheaper than a flight to Italy and a crafty excuse to spend time with your deep crush, air conditioning. TIFF (350 King St West), various.

BeerProv - 4 Year Spectacular
Ford more years? Hell no. Four more years for BeerProv? If you'd drink to that (and why wouldn't you) here's where you need to be on Friday. June 27, 8pm, Comedy Bar (945 Bloor Street West).

Vintage & Flea
Near Dundas and Dovercourt, where the designer dog watching improves by the month, you can check out Little Portugal's newest vintage shop while eating watermelon (what? isn't that messy?). Vintage & Flea's name is pretty self explanatory: "vintage clothing, designer consignment, and antique furniture" are all promised to you watermelon loving thrifters. Saturday and Sunday, 2-9pm, Vintage & Flea (1263 Dundas Street West).

Toronto is getting an immersive drive-thru dinosaur exhibition

The CN Tower is getting a New Year's Eve light show

10 fun things to do in Toronto this winter