The Great Intoxication: An Exploration Into The World of Seduction is a fascinating documentary by Matthew Manuge, about Toronto's seduction community. This community has been gaining popularity among single men with the growth of Toronto Lairs, seduction clubs which show men how to pick up and score with women. Featured in the documentary, Torontonian Frank Kermit (who founded the official Toronto lair) seems to focus on understanding the emotional needs of women in his approach to seduction.

These lair meetings, which the doc describes as "anonymous gatherings of men with a sincere devotion to helping on another" shouldn't necessarily be demonized. It's clear from the documentary that this community isn't all bad and does serve a support function.

However Dimitri 'the Lover' crosses the line, as he blatantly debases women to give the men a tenuous sense of power. His notion of dominance, rather than being loving, protective, and eschewing the values of traditional D/s relationships, seems to instead promote predatorial and abusive tactics as a way of satisfying the self at the expense of others. 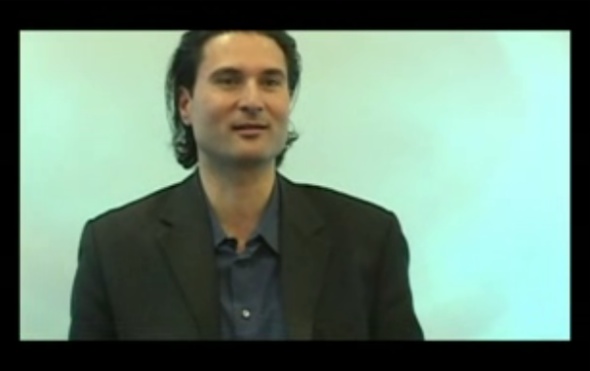 Hardly seen as a lover, Dimitri is viewed by some Torontonians as a dangerous manipulator and outspoken bigot... here's a few of the lessons (paraphrased) Dimitri has to share in his 10 minute segment:

Having listened to a good 10 minutes of Dimitri's sexual philosophies, I am somewhat surprised to find myself agreeing with a lot of what he says. Aside from the inflammatory comments above, he does have a very clear grasp of the biological roles of men and women, and some of the psychological forces at play behind our seductive tendencies and sexual desires. He's not saying anything that isn't based in truth, but his truths are also highly opinionated in terms of execution.

In particular, I think he has a good grasp on the notion of submission; how a woman wants a man to submit to her sexual desires, but not necessarily to be submissive. The director perhaps puts it best: "...out of all the pick up artists that I've met, Dimitri was probably the most honest - maybe a little too honest." But there is definitely some food for thought in Dimitri's egomaniacal proclamations.

As for men who are turning to people like Dimitri for advice, this documentary offers a few alternate options. For example, Michael 'the Dating Wizard', seems to understand the true goal of most men, who aren't just looking for easy ways to pick up. "It's much harder to make yourself the kind of person that's a quality person on all fronts... to meet a quality girl who's a quality person on all fronts, and to keep it going with passion. We need to have more gurus [who focus on] that." If more men thought like this, maybe women wouldn't fear the predations of men like Dimitri, so they could let down their guard and be more open to pick up attempts from 'good guys'.

Now familiarized with Dimitri's face and his MO, I can only hope this exposure helps prevent any women from falling victim to 'the Lover' out of ignorance. Of course, according to Dimitri this is what some women want, in which case I wish him and his score card all the best.