Get to Know a Chef: Matt Dean Pettit, Rock Lobster

Though he didn't grow up near the Atlantic ocean, chef Matt Dean Pettit developed an obsession with lobster at an early age. Some of his fondest memories involve sharing a lobster meal with family, an experience he hopes to recreate at his new restaurant, Rock Lobster Food Co. on Ossington. From a pop-up to a permanent space, Pettit is eager to serve inventive and delicious dishes created out of the shellfish that he deems a Canadian favourite, but one that's rarely enjoyed.

I knew I wanted to surround myself with food, and as a kid I'd always ask for those food play sets. My parents probably thought I was a little weird. It's always been in my heart and in my head, but did I ever think that I'd want to one day be a chef and own a place? No.

How did you transition into the business?

I'm 33, and I started when I was 13. My first job was a busboy, leading up to a line cook when I was 15. I just fell in love with food. My mom's a great cook, and I learned the basics of making great comfort food from her. Food for me is about family and fun, so I knew I wanted to surround myself with those two things.

Why are you so obsessed with lobster?

It's a passion thing and a market opportunity. People should always cook with their heart and feel proud of what they put on the plate, so that was the passion side. Then I realized that no one was making lobster or shellfish approachable and cool. There are amazing oyster houses but no one was doing anything with lobster.

Many Canadians love lobster but it's generally a celebratory food, so my mission was to change that. My earliest memories were of me as a boy having my birthday party at Red Lobster. With seafood, it was the first time I was allowed to eat with my hands. So it's always been in my blood. 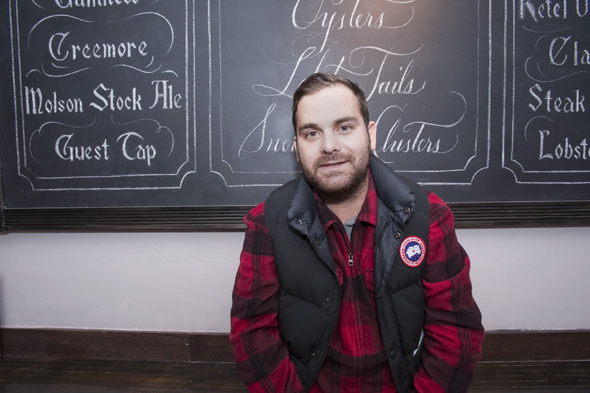 Where do you source your seafood?

Before I started the pop-up, I went out to the East Coast to lock down my suppliers. I knew that if I was ever going to open a restaurant, I didn't want to buy through a middleman. I work with one local fisherman, and the majority of the product comes from Digby, Nova Scotia. We fly it in daily, and now all the seafood that I bring in from the East coast is branded Rock Lobster. So crab, live lobster, and frozen tails, I sell to other restaurants.

How has the response been from the East Coast?

Awesome. They love it. When I was first on the phone with my guy, Tom, he was like, "you want to do what with lobster?" Rolls, tacos, and these weird dishes that nobody in the classic case has ever heard of? He wished me all the power and hoped I was successful. But he did have a lot of faith because he knew I was pretty young and energetic, and very passionate. I had a pretty good concept and idea, and now I'm his number one customer.

What does making lobster more accessible look like to you?

Lobster is generally celebratory, pretentious, and expensive. My whole plan was to make it fun, approachable, and with value. Usually people eat lobster and it's $65 a plate. You can serve lobster in other cool ways: lobster cappuccino, a lobster roll, lobster tacos, or lobster eggs benny. There are just so many ways to serve lobster, and we keep writing tons of recipes. I'm lucky that I have the wholesale business so we can give the pricing that we give.

I'm still a classic guy; give me hot butter, give me a lobster bib, cold beer, and I just dunk and go. I'm like a big kid: I love to eat with my hands. There are so many great lobster dishes in the world, but I like it old school.

What do you eat when you're not eating lobster?

I'm obsessed with beef dip sandwiches: thinly sliced beef on a toasted Kaiser roll with au jus. I celebrate comfort food so I eat poutine, and I'm lucky to have Golden Turtle across the street. I've got Libretto and Hawker Bar, with the best chicken wings in town. When I'm not here, I like to support my friends along the street. 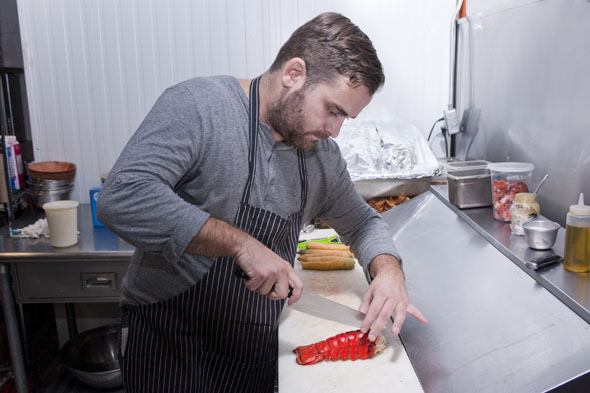 How do you coax customers who aren't a big fan of shellfish?

It's intimidating for a lot of people. A lot of people at home don't know how to cook it, and it can be a little scary holding it when it's alive. A little tip for people who are afraid of cooking live lobster is to stick it in the freezer for fifteen minutes before you put it in a boiling pot. So you provide certain tips and coaching along the way and tell people that we can eat Atlantic lobster proudly because we have strict sustainability laws in place. You're really taking some of the myth away, and it's all about education.

How was the transition between the pop-up to the restaurant?

It's been a big learning curve, obviously. You go from dealing with three people to twenty people on staff. It's making sure that everybody is professional but is also able to be themselves and have fun. Every day is a new challenge, like the ice machine breaking or the shipment coming late, so you've got to be hands-on and ready to move on the fly.

When did you know it was the right time to open a restaurant?

When we were getting about 1500 people in line asking when we would. When we were doing the Toronto Underground Market or any of our special events, they were just getting crazy. The reason why people do those events is to be cool and innovative, and test your products and try new things. Once we thought we had pretty consistent menu, we went for it.

What advice would you give people looking into the pop-up business?

Have a concept; don't try to be everything to everybody, and stick with it. Whether you're a pop-up, food truck or restaurant, concept-driven places are generally succeeding the most right now.

Do you ever feel confined to the theme of the restaurant?

Lobster is in our name, but we do other great seafood dishes as well, and other great proteins. Someone just reviewed our pork belly dish, which is sitting with my mom's creamed spinach recipe that I've had since I was a kid. I like to keep a very tight, rotating menu, and I knew as a seafood place, you need to have a lot of other great options. So Florida gulf shrimp, Atlantic snow crab, oysters...our raw bar is front and centre, which is awesome.

What's next for you as a chef and the restaurant?

I'm a believer of walk before you run. I know we have something really unique going, and we're really passionate about what we do. Look to find another Rock Lobster somewhere in Toronto in the future. The goal is to provide lobster to the masses, and I'm a pretty ambitious, outgoing guy. The more events I can do outside the restaurant to bring people in and build the brand the better.

And what do you do when you're not in the kitchen?

I go to a lot of coffee shops, and I'll just sit and read the newspaper, relax and unplug. I spend a lot of time with my girlfriend; we're closed Monday nights because Monday night is date night and I can't miss it. I'm able to have that work-life balance because I have a great staff. 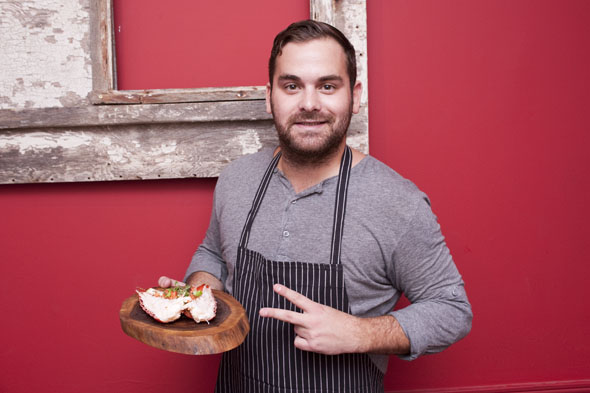 A chef that inspires you? Claudio Aprile

What's one dish you can't live without? Ahi tuna contramar at Milagro

What would people be surprised to find in your fridge? Pillsbury crescent rolls

One food trend that needs to end? Mexican-Asian fusion