Get to Know a Chef: Eric Wood, Hawthorne Food and Drink

Chef Eric Wood's latest venture ties two passions together: food and culinary training. After a successful run at Fabarnak, the chef is eager to continue to make his mark in the city by equipping emerging chefs and new talent in the kitchen. For diners, that still means a menu driven by Wood's creativity and global influence at his latest outpost: Hawthorne Food + Drink. Here, Wood recites his culinary mantra and shares his prediction for the next food trend to hit the city.

I did. I wanted to be either or a chef or a marine biologist. I don't know why I chose chef; instead of fixing animals I decided to cut them up and eat them. For a brief stint I wanted to be a lawyer, but the chef thing stuck. I think it was the restaurant business; it wasn't so much the standing there, chopping, sweating and being miserable, but it was the glitz. From an early age I started cooking for my family, and I just loved how you'd make something and people would go crazy for it. I think I've always been a bit of a character; I used to act as a kid, so there's something about the entertainment factor. I like to make people happy.

Now that you've been in the business for a while, how has the entertainment factor evolved?

I think I keep getting smaller. I'm not a native Toronto guy; I'm originally from Edmonton and I've moved all over North America to work. I've worked for really big restaurants and resorts, but the entertainment for me is really this intimate space I'm in right now. I really like knowing my customers, my regulars. Because there's so much training, and so much work with developing, I get really entertained by new cooks learning something and getting that 'aha' moment. There's something really amazing about that. 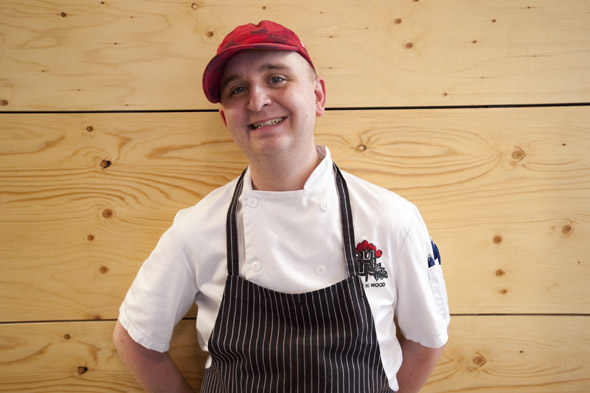 What does food activism mean to you?

I think so many people focus on sustainability of food. I'm really into that. We buy local, and I always have, and I don't need to have a t-shirt all the time that says I support my farmers, because it's just the right thing to do. But there's another part of it; the sustainability of skill, and about people that really care. We're at a tipping point; there are a lot of franchises out there that are training people to be Red Seal chefs, and that used to mean something. But now it just means you've worked at Wild Wings and went to school three times. They've loosened up. So for me, food activism is about training that skill set, like the knowledge of how to pick vegetables, how to pickle and how to cure, how to pay attention to ingredients. That's the sustainability that I'm focusing on.

Who was your most influential mentor?

I had the distinct pleasure to work under the tutelage of Michel Richard and some of his chefs in the States. That changed the whole way I look at food. I've always looked up to chefs like Gast贸n Acurio, who's an amazing chef out of Peru that no one even knows about here. I believe Peruvian food is going to be what hits next here. Good Peruvian food will blow your mind. We're doing it here soon.

You tend to explore global flavours and take the fusion route. Is Peruvian food your newest obsession?

I've been to Peru three times in two years because my sister lives there. But also, the food's amazing. I love how we're getting back to this idea where we're viewing foods that have natural parallels. Peruvian food is a great example because it's a natural parallel of local ingredients which are indigenous to the area, being applied with modern technique and cultural inference.

There's a massive Asian influence on Peruvian food that you almost can't believe that you see it. They have this dish called "causa" which is essentially ceviche on top of cold potato, so it's like sushi, but done in a completely different way. So I think we're going to see that; for me, what's next is applying hyperlocal ingredients to an international technique palate. 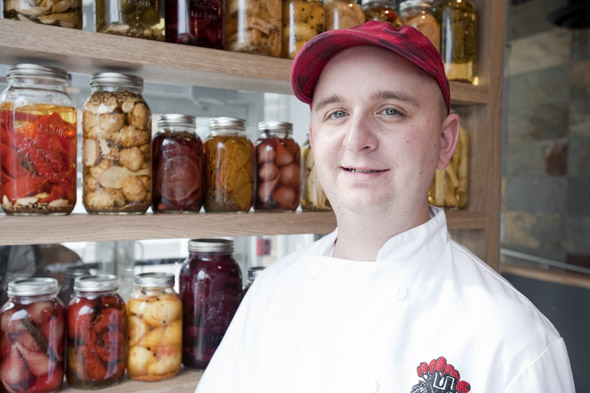 Is there any fusion cuisine that just doesn't work?

How did Hawthorne Food and Drink come about?

Hawthorne's an interesting thing where we exist in this grey area of "social enterprise." What that means to us is that we're operating a first-class restaurant where we're always bringing in trainees. I think every chef is a trainer by nature, and now I view myself as more of a curator than a creator. As a chef, if you want to be able to take time off and have a life, you have to learn how to develop people.

We're bringing in people for two to three months to help them get jobs. It's unique because we're doing everything ourselves; we're able to help them out with something like butchery. And for people who want to transfer from pastry to the hot kitchen, they can come over and work part-time where we can give them the line skills to do that.

Where would you like to see the restaurant go from here?

I have grand aspirations of us growing into a couple of other locations, but not necessarily under the banner. The more space we have, the more people we can train. We're pretty busy right now, and our whole thing is trying to remain relevant and really true to the neighbourhood. I think that was missing: a neighbourhood restaurant.

So many people, when you live downtown, find offerings that are okay but expensive, or very low quality. Some of my friends nearby were going to Parkdale every night for dinner. I think there's this big resurgence in the downtown core, and I want to be part of that.

What's next for you as a chef?

I'm loving this. This is the second restaurant I've opened in Toronto and it's done pretty well. Fabarnak was really good for us, and I love what we accomplished there socially. I love the social aspect of it; I think restaurants by nature are community centers. I love the fact that I get to share some of the best moments of people's lives with them. I've done what I wanted to do with the whole "chef ego" thing, and now it's about building an industry.

Where are you when you're not in the kitchen?

I'm preparing for a wedding, so that's taking up a lot of my time. I'm getting married in March, so I spend a lot of time at Michaels and tying a lot of things with ribbons. I live in the east end, so I go to the beach a lot, and generally try and see as many movies as I can. I tend to have my own seat at the Fox, where I kind of just curl up. 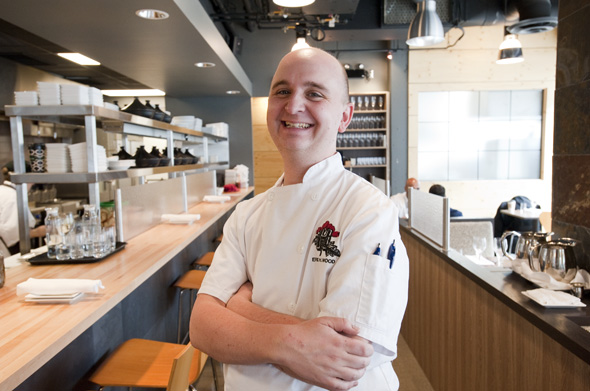 A chef that inspires you? Gast贸n Acurio

What's one dish you can't live without? Dumplings

What would people be surprised to find in your fridge? I'm obsessed with fruit juice