Get to know a Chef: Monica Miller, Saving Grace

After almost 13 years, chef Monica Miller still dazzles diners with her brunch offerings at Saving Grace. Her take on some globetrotting gems promise dedicated lineups not only during the weekend rush. Miller, whose middle name is Grace, shares her biggest influences in food, what she thinks of the city's obsession with brunch, and one breakfast favourite she may never cook again.

If you weren't a chef, what could you see yourself doing?

If I wasn't a chef, I guess I would like to run a little boutique hotel in a nice, hot country. I really don't like winter because I can't ride my bicycle when it snows. My bicycle is my car, and people think I'm crazy to run a busy restaurant without a car, but I transport everything I need that I can't get delivered on my bicycle.

When I was about 19 or 20 years old, I was hired by a chef in a sort of classy, but not very good food restaurant. That gave me my first experience into cooking where my job was just to cut of vegetables. Then I became the garde manger and then I applied for a job in another restaurant where the chef kind of took me under his wing and just taught me everything. I read cookbooks like other people read novels, and when the internet came along, that just really changed my world so much. 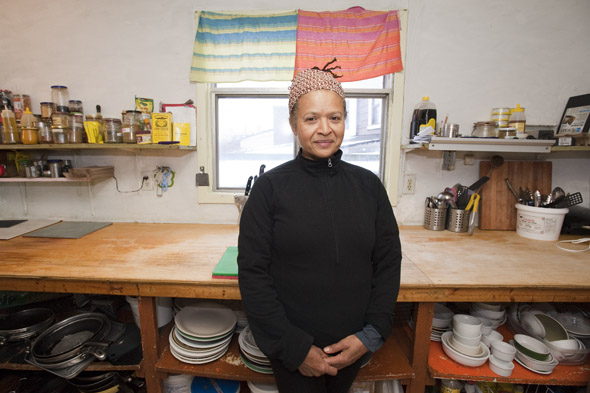 How did the concept of Saving Grace come about?

I was working at a job that I really hated. I would go to other restaurants that were kind of inspiring, like Aunties and Uncles and Mitzi's. I would go to those places and think, 'I'd really like to have something like this, but I think I could do it better!' I've been cooking all of my life, and I also waitressed, so I knew how to run the front as well as the back. I didn't come in here not knowing how to do anything, and had a lot of years under my belt.

Why a brunch restaurant instead of a dinner place?

I didn't really know I was going to do a brunch restaurant. I thought it would be more like coffee and sandwiches, and it kind of just evolved. It's all about eggs; we try selling other things but everybody just wants to buy eggs. And now it's become a place that specializes in it.

What would you say is your signature dish?

The dish I'm most proud of is Eggs Rajasthani. I got that from being in India, and I've been there nine times. I took a camel safari in Rajasthan, and the guide was a really amazing cook and he let me cook with him. He would make this for breakfast for us and it blew my mind. When I came back to Canada after that first trip, I decided I had to make it. We had it as a special first, but it became popular so we put it on the menu. 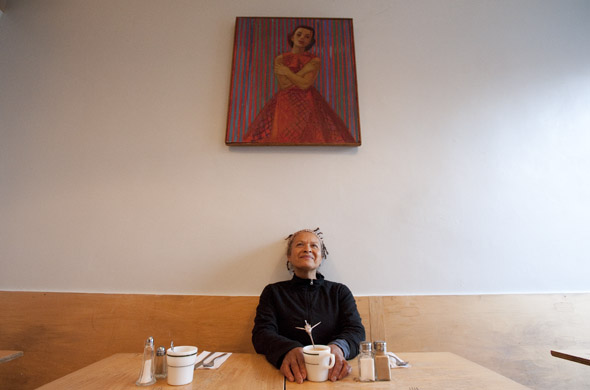 What other cuisines have inspired your eclectic menu? How did you develop the recipes?

I like Asian and a lot of Latin American - flavours that are really dominant, and nothing run of the mill. I want to be extraordinary. I try to have at least one dish on the menu for someone who's maybe afraid to try something new, but I feel like my customers trust me, and they'll order things that they won't see anywhere else.

Me and a couple of my staff went to Mexico a couple of years ago, so I came back with lots of ideas about Mexican food, and I've travelled all over the world. The internet also gives me lots of inspiration; sometimes I'll just look at a photograph and that will just inspire me. Even how things are layered, or the height; I'm really inspired by presentation just as much as the ingredients.

Is there a dish you dislike cooking for brunch?

Eggs benedict. We had it on the menu for the first couple of years that I was open, and one day I decided I didn't want to make it anymore. I haven't made it since. Even though we have a lot of people asking for it, I will probably never make it again. It's tedious and you can get it everywhere; I want to make things that you can't get everywhere.

Where are some of your favourite brunch spots in Toronto?

I haven't been to brunch it Toronto for well over 13 years, because I've had Saving Grace and I work every weekend, unless I leave the country to go travelling. I wouldn't know where to go.

Your restaurant often heralds long lineups. How long would you wait for brunch?

I personally wouldn't wait. I admire the people who stand in line and wait for an hour, but I wouldn't. I'd probably just go across the street and drink coffee, and if I wanted eggs, I'd just cook them at home.

I have only just started thinking about moving to a bigger space. My building is so old that I would like to be in a space that a little less decrepit, and doesn't need as much maintenance. But if I do move, everything you see is coming with us and what you see in the restaurant is who I am: eclectic and kind of cluttered. I definitely would like to stay in the neighbourhood or not wander too far away; definitely not Queen St or College St material, I'd like to stay on Dundas, just maybe farther west.

If you had a day to do whatever you wanted, what would it look like?

I think my favourite thing to do is go Goodwill shopping, believe it or not. All of our dishes come from Goodwill, so I don't ever really stop working. Even when I'm shopping, I'm shopping for the restaurant. But I am the restaurant, so it's kind of one in the same. 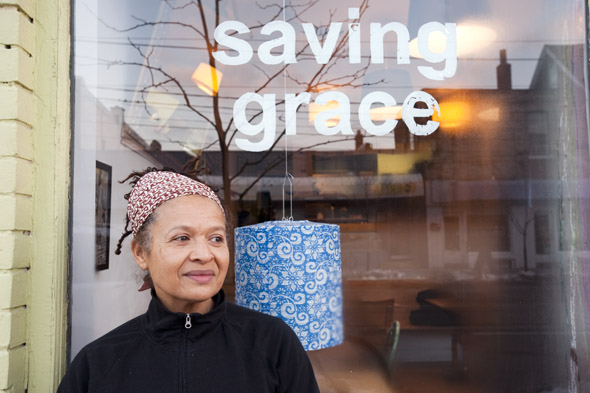 A chef that inspires you? Martha Stewart in 2000

What's one dish you can't live without? Rice

Favourite Toronto restaurant? I don't have one

What would people be surprised to find in your fridge? Freezer with liquor

One food trend that needs to end? Nose to tail dining. I think people need to eat less meat.