Get to know a DJ: ColeCo

Longtime friendships don't always develop into fruitful collaborations, but Toronto DJ duo ColeCo certainly prove they can. Their sound walks a line between several genres--hip hop, funky disco, with a touch of heavy bass--and with several albums under their belt, including the successful El Verano EP, they're only gaining steam. They've even opened for the likes of The Weeknd (no big deal), and they've remixed for other local talent like Young Empires.

I talked to the DJ duo about their roots in electronic music, favourite drinks, and where exactly Toronto's music scene is lacking.

How did you two become friends?

Duncan: We were 16 years old; we used to spin parties all around Brampton, Mississauga, and the outskirts of the GTA. We were into this genre of music--going to raves and everything--but no one else in our city was really spinning it. At one party, I was the hip hop DJ and Sean was the jungle DJ, and we were both scratching and cutting. I turned around and Sean was scratching over a jungle record for 7 minutes, and at that moment I knew that we had to collaborate. 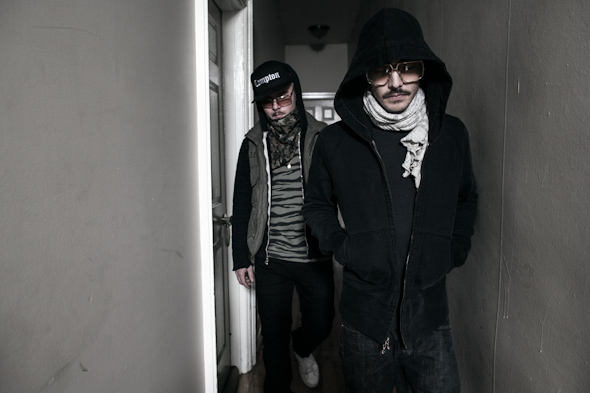 How did you start DJing? How did ColeCo come to be?

Sean: We started to DJ when we were little kids; we played instruments, and just wanted to try new things. I got a pair of old turntables. He played hip-hop, I played drum and bass, and we just became infatuated with the music industry.

D: When we first met each at a show, we wanted to see what we could do together. We've known each other for 15 years.

Can you describe your creative process?

D: We listen to so many different genres of music and none of them matter more to us than the others. When we are trying to be creative, people who inspire us tend to inspire our music. So whether we take it from soul, jazz, house, or trap music, it's whatever gives us that energy that makes us want to actually create an energetic sound. Nothing we do is ever going to sound the same.

S: It's also highly influenced by what's going on in our lives at that moment, whether we have a show coming up or we have personal drama--for example, if someone just broke up with their girlfriend or whatever. That will help set the tone for our music.

How does the dynamic between you two work when you sit down to make a track?

S: It really is all about how we feel at that moment.

D: The work ethic is basically like a kitchen or an army. Everyone knows their roles and there are so many important roles to production--being two engineers simultaneously is not always efficient. So most of the time, one person takes the forefront, and the other takes the backend as the producer or the engineer--just making sure that it all goes smoothly.

Sean and I are never doing the same thing when we are in the studio. We have been producing for 10 years, and we try to reach that balance where it's not like we're arguing over whose idea we're using; rather, we do it for the good of ColeCo. We make what we like, and if we are turned on, probably someone else might be.

What's one thing that makes Toronto's dance scene different from that of other cities?

D: Toronto doesn't yet have its own identity--it's still new. There are so many diverse ways to expand your musical horizon.

S: Toronto is a big multicultural society; a big melting pot of electronic and dance music. We are still trying find ourselves as leaders in the music industry.

Where would you say the Toronto electronic scene lacks?

S: I think for dance music, a lot of people aren't working together. A lot of people are trying to stick to their own craft, and work in their own circles, and they're trying to get ahead. If everyone just realized that we're all trying to do the same thing, we could all be successful together. It's been proven time and time again--in England or New York--that hip hop has become a genre where many artists collaborate. It's as though every music scene has become a movement because everyone has worked together to a certain degree. You can still have your own camp, but work together with other artists and help each other grow.

D: There are too many politics that control the output of what is available to the public in Toronto. If Toronto is to have its own "scene" and identity, then we need to work together because our scenes are still small.

How do your studio and live show equipment differ?

S: We use everything from hardware to software. We use Ableton, Logic, and Protools.

D: Our in-studio equipment consists of a lot of old-school vintage synths, guitars, and pianos. It's not so practical for going on tour. So right now, we don't want to bring our whole show with us--for example, Azari & III, they literally have their whole studio on stage. We want to be able to bring a portion of it and do it in a way that's interactive, but at the same time different than what a DJ would do. We want to perform like Digitalism, Cut copy, Soulwax, J.u.s.t.i.c.e, so it's like an actual production. 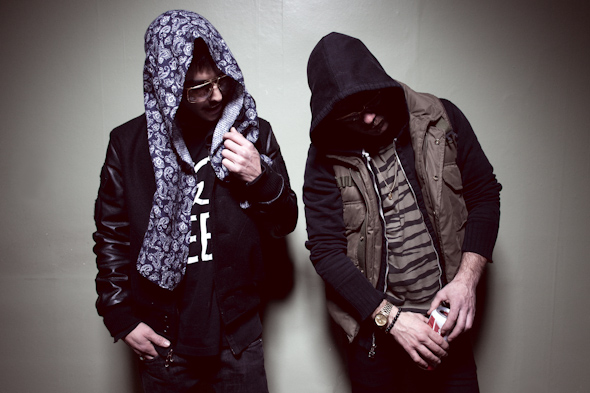 What do your day jobs involve?

D: I work at Nomad on West Queen West.

S: I work as an audio engineer; I'm floating around working in the film industry as a sound recorder. I've worked with other artists doing programming for their live shows. At the moment we are touring, and doing what we love doing.

What advice would you give to young, aspiring DJs--male or female?

S: Consistently make the music that you yourself love, and trust that your instincts will eventually evolve through your practice--it's the hunger that you put into something that people will appreciate. The more you become influenced by what other people are doing, and you try to make their music, the more you are going to steer away from your own music and what you really like.

D: The biggest piece of advice that I have for anyone that is up-and-coming is that your identity matters before anything else. Fuck what everyone else says--if you haven't established yourself, and you haven't made your own market, you're just another person that's not innovative. The only way to establish yourself is to be yourself. It's easy to copy someone. Create your own identity and fan base. 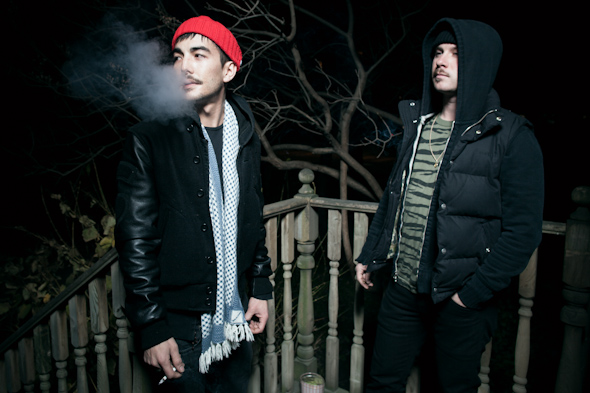 D: When raves used to happen at the Better Living Center in the '90s, and the first four months when Peter Gatian opened Circa in Toronto.
S: I'd love to play Liv in Miami at some point.

D: Candy all day. I'm lactose (intolerant).
S: Candy all the way, as long as it's sour. Leave the chocolate for the ladies.

D: We drink beer like its water, but when we go all out, it's white or brown, like Bombay or Henney Straight up or on ice.
S: Today, I'm drinking white gin, tomorrow brown Henn.

For more DJ profiles, visit our Toronto DJs board on Pinterest