Get to know a Chef: Massimo Capra, Mistura

Chef Massimo Capra is no stranger to Italian cuisine. Whether he's exploring the tastes of Italy, taping another culinary adventure, or advising struggling restaurant owners, Capra brings his knowledge and experience to the task at hand. His restaurant, Mistura, is no exception; one of the longstanding Italian restaurants in the city, Capra says he's struck a balance between serving the classics and keeping his restaurant interesting. Now, he's branching out with an airport trattoria that follows an undeniable wave of new Italian restaurants in the GTA.

If you weren't a chef, what could you see yourself doing?

I love carpentry and building furniture. I also love driving, so I'd be a driver of some sort. I love being on the road and getting lost. I don't envy the truck drivers on bad days though.

Where did you learn to cook? What's the biggest lesson you learned from another chef?

I was brought up in the cooking industry back in the 70s and I started when I was 15 years old. I went to chefs school in Italy and was placed in various restaurants and hotels throughout the country. The most valuable lesson that I've learned from my chefs was to always be observant. When you want to learn, there's nothing better than to observe how the best people do it and trying to understand their technique by trying to replicate it. When I started I had no recipes or even instructions; they just told me to watch. Practice makes perfect.

It seems Toronto's appetite for Italian cuisine is insatiable. Why do so many Italian restaurants keep opening in the city?

I was around the first time the pasta, pizza, and trattoria business was really popular. It was the late 80s, and now we're doing the same thing. I just opened a new trattoria in the airport, so I jumped on the bandwagon because this is what the public demands. I don't see new things, just stuff that people got tired of before and now they want again. So now the new generation is eating all the pizza, pasta and calamari in the world.

Everyone thinks they're introducing something new and exciting or a different way of doing things, but we really only have one style of Italian restaurants in Toronto. At Mistura, I try to do things a little different, things that are more from the northern part of Italy where I'm from, but I get slammed a lot for it because most people don't understand the food.

Things like rapini, andouille sausage and burrata are virtually unknown in Italy, and they're very specific to small areas. But I'm happy that Italian food is so well regarded and Italy is so varied that there is so much variation. No one will ever tell you in Italy how a pizza should be. Everybody has their own style, so the more the merrier. 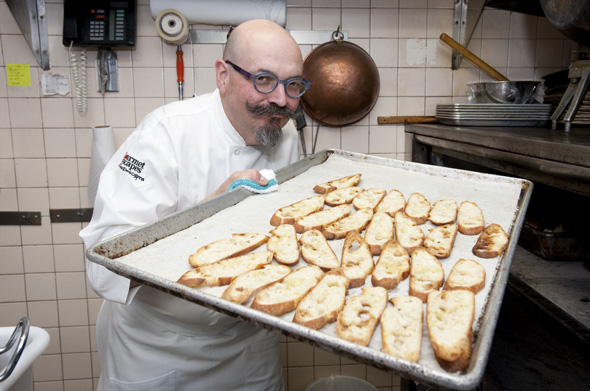 If you could take someone on an Italian food tour in Toronto, where would you go?

I love places like Buca, Terroni, and Bar Centrale - I love their appetizers, and I'm always there. Also places like Tutti Matti where you can have a truly Tuscan meal.

What's the secret to great pasta?

I strongly believe that the only real mistake that people make here is eating pasta overcooked. I'm always trying to serve pasta al dente, but I keep getting it sent back because people think it's too hard. It's proven that pasta al dente is healthier, and easier to digest too. It tastes better because you get a better crackling on the teeth and a better palate feel.

I have no issue with people using fresh or dried, because there is a pasta for every person. Pasta can be dressed however you want, and it's not true that pasta with cream sauce is bad; it's excellent if it's done well. Sometimes there is too much sauce; the goodness is inside the ravioli, not the sauce. There are so many techniques, and I love exploring Italian pastas. My aunt lives on one side of a river in Italy and my mother the other and they have different styles.

I love a slow-cooked veil brisket roast with rosemary potatoes. Or, just a risotto parmigiano to accompany it. I go nuts for it. As I get older, I get more nostalgic about all the good traditional food that I used to eat when I was a kid. But I love the ethnic diversity of restaurants in Toronto; I go to Italy for two weeks and I'm dying to come back for some nice sushi, a bowl of pho, or a nice steak. 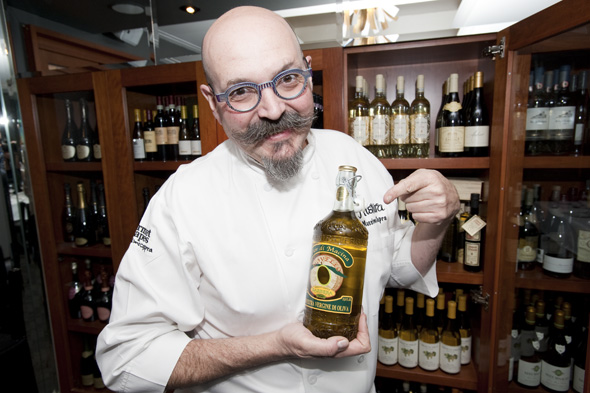 What's it like being a celebrity chef in Toronto?

It's really funny because I'm extremely approachable. I always shake hands and enjoy everyone. There are people in Toronto that stare me down like they want to eat me, and as soon as I turn around they walk away. And then they come back and rush over wanting a picture. It's fun and I can't complain about anything. People here are just used to all the celebrities, and I'm so low-level that I don't even register on the radar for most people. They'd rather go downtown and see Brad Pitt, Tom Cruise or Justin Bieber.

Do you miss shooting Restaurant Makeover? Do you have any other Food Network appearances planned?

We restarted the new series Restaurant Takeover. The only issue is that I've been so busy and tied up with different projects that I haven't been able to do any. I've only taped about two shows out of six allocated to me. Come this spring, I'll be a little bit more free and I'm going to do more shows. I also have my own show to tape; I'm doing season two of Gourmet Escapes, so that's going to keep me busy traveling. There was a lot of flying last year and I visited 13 different countries.

How would you like to see Mistura evolve? How do you keep a restaurant that's been around for a while relevant when mainstream media attention is often placed almost exclusively on new restaurants?

We're always trying to be on top of the trends. If we happen to create one, we love that too. We seem to be hitting the right notes, but there's always somebody that will complain about something. A prominent business owner in Italy told me once that our goal is to hit 96.5 per cent because there is always 3.5 per cent that you can never satisfy. Those are usually the ones that come in with a predetermined mind, or convictions so strong that you can never change their minds.

It's very simple; if you want the car to run, you have to put gas in it, and you have to maintain it. The reality is that Mistura has a style and a way of doing things that perhaps is a little stale because we have to do things that people want. For 15 years, we've had things on the menu that we cannot remove because people are just fixated on them.

I'm not going to be the one that takes it away from them. I've been to restaurants that advertise themselves as "market fresh" -- whatever that means. It's a ridiculous thing to say; I've been doing that for over 25 years now and I've never made it a point to write it on the menu. I'm a strong believer in local and seasonal and I keep my cooks interested by giving them half of the menu to play with.

You stay relevant by making little changes continuously. The style of service and look of the place is always being tweaked. And first and foremost, we always keep the place polished and really clean. If you start going to a restaurant and after two or three years things start falling apart and stuff starts smelling, you won't want to go there. You have to take care of your place, because it's not only about the food; it's the service, ambiance, and overall experience. 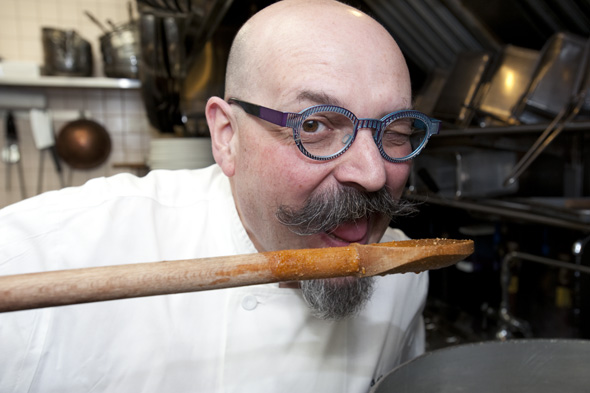 You're one of the many chefs in the city opening restaurants at Pearson. How did the trattoria come about? What's next for you?

We've been working on it for about a year, because we needed a restaurant that was different from the usual pub fare in the airport. We wanted to offer something that was fresh and made on site. I brought some pastas, fried artichokes, and prosciutto plate from Mistura, and we're just doing a lot of things. So far it's been nothing but good response. Other than that, I have another TV show concept that I want to promote, and that's about it. I want to take care of Mistura.

What do you like to do for fun when you're not in the kitchen?

It's been three long years of many projects. I love traveling, and I enjoy it when I'm not working while I'm traveling. But I'd love to go for a nice day on the hills and ski in the winter or enjoy a day at the beach with my jet ski. 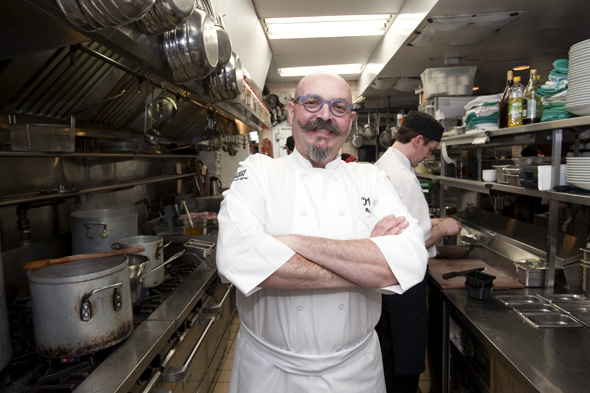 A chef that inspires you? I love how Mario Batali created a bridge between Italian and North American cuisine

What's one dish you can't live without? Pork chop Milanese and a beautiful green salad

What would people be surprised to find in your fridge? Almost nothing in it

One food trend that needs to end? Super peppery flavours, like arugula