Get to Know a Chef: Davy Love, The Bristol Yard

After spending years in radio broadcasting, Ontario native Davy Love decided to try the kitchen--an inevitable course, according to those around him. He opened The Bristol Yard straight out of culinary school, introducing diners to his take on some British classics: pies, Sunday roast, and what he calls a "york-shirred egg." Now, Torontonians and expats alike can't get enough of this no-fuss British cafe and the leading personality behind it.

I was a DJ for over 25 years. I went to school, graduated with honours, and then went off to work in Sault St. Marie at a rock and then a country station. I realized radio was not for me anymore, because it's not like the radio of the '70s or '80s. Right now, you just go in and you have a list of what's being played. But I had fun, and I had more fun in the country station even though I hate country music.

How did you make the leap from radio to food?

It wasn't that hard, actually. My brother was a chef, my uncle was a chef, my cousin Monty is a chef and my grandfather was a chef...so it was in the blood. I always cooked and would be well-known amongst my crowd of friends for throwing elaborate parties and meals, and other fun stuff. Everyone had always told me even before I went to radio school that I should go to culinary school. But I'm glad I did radio first because I learned a lot about going back to school. 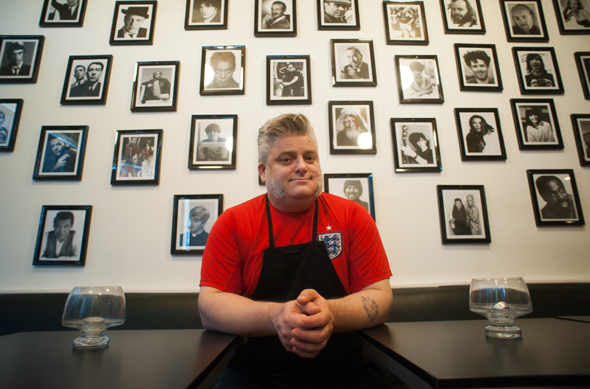 I went to Georgian College in Barrie, and I worked at the dining room there. People are always talking about George Brown, but I could say from what I've heard from my friends who went to George Brown that Georgian is superior in the fact that there are smaller classes, so you have more hands-one time. I was fortunate enough to train under some really great people, and I went from culinary school to here.

What are some of the biggest culinary lessons you've learned?

Don't open a restaurant! No, I mean unless you have the desire to work 23 hours a day; I was warned by lots of people, and I'm handling it, but it's pretty hard. And always plan for something to go wrong; there's never a day when something doesn't go wrong. There are a lot of days when things go right, too. Also, Philip Leech once told me that if you have enough time to make food for yourself, you're not working hard enough as a chef.

Why did you decide to open The Bristol Yard?

I come from an English family, so this was the food that I grew up with. I used to run this British-century club every Saturday night for ten years, and I met quite a few Brits. I also lived in England for a while. Every Brit I met here said that the food was not up to par. Pubs here were selling nachos and wings, and it wasn't real British pub food. So I wanted to change that, and it just happened at a time where there seems to be a lot of good British restaurants opening now--good ones--like the Queen and Beaver and the Oxley.

Why do you think we're seeing more British restaurants open?

I think for a long time, you could get authentic British food in Toronto. Of course, as the demographics changed in the city, it really opened it up to different things and I think British food really suffered. It just became about fish and chips, and restaurants lost a lot of the classics. And then there was sort of a fight back, so I guess we'll see in the future whether it lasts. I mean, we're not in the class of The Grove where they're really refined and do an awesome job; we're more comfort British food. 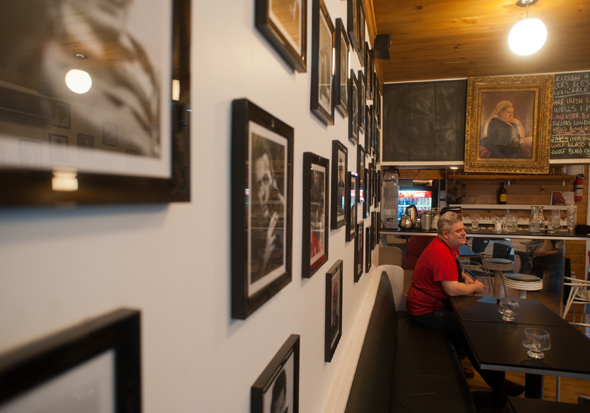 Where are some of your favourite places to eat British food in Toronto?

I don't go out to eat a lot of British food anymore because I see it all the time. I prefer Indian food and Hakka; it's really interesting because it's a mix of Chinese and Indian flavours. There's a great place by the airport on Derry Road, and you really have to go out there to get the best stuff.

What is, in your opinion, the quintessential British meal?

Well, obviously roast beef on Sunday. But for a long time in Toronto you couldn't find a good pie. Pubs were passing off stew in a ramekin with a puff pastry lid, and they were calling it pie. But no, to me a pie is something you can hold in one hand, pick it up, and doesn't fall apart. That, to me, is British food.

What's the secret to a great pie?

It's all in the pastry, which is harder than it sounds. Baking is a total science that's really precise. We had to develop a pastry recipe that didn't include lard, because certain people wouldn't eat it. We're so small that we couldn't justify making six different types of pastry, so we had to come up with a way to make a durable, yet soft pastry, without using lard. But we did it, though I can't tell you the secret!

We know we want to do more, and we definitely want to expand, because you can only make so much money with this many seats. I want to open an Indian restaurant too, because I think Toronto needs a sort of younger, hipper Indian restaurant. I find that most Indian restaurants are really expensive in Toronto, and there's no reason for that. We do curry nights here, and I love making it. In fact, an Indian couple came in and said it was the best they've had. That was a huge compliment. 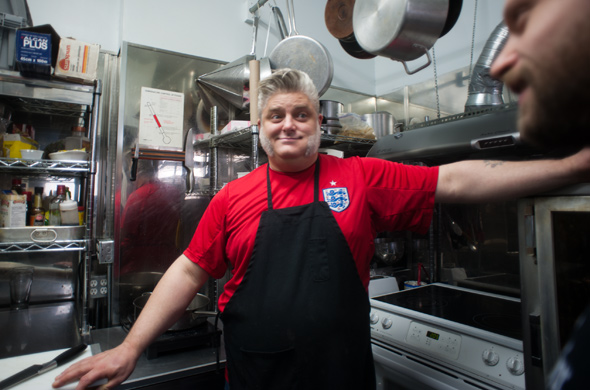 A chef that inspires you? Gordon Ramsay

One dish you can't live without? Chimmichuri sauce

One thing people would be surprised in your fridge? German Schnapps