Get to Know a Chef: Jose Iribarren, Barberian's

In a city as fickle as Toronto, not many restaurants have true staying power. That's one of the reasons why Barberian's is a city landmark, serving legendary steak dinners for over 50 years. For chef Jose Iribarren, taking on the restaurant meant inheriting not only the culinary secrets, but a dedicated clientele expecting impeccable service. As founder Harry Barberian's last apprentice, Iribarren has spent the last 15 years continuing a legacy that can be summed up in one word: consistency.

No. I've always had a passion for food from the time I was 14 or 15; I pretty much helped prepare the family meal almost every day I could with my mother. But, I have an honours degree in philosophy, so I've always been a bit of a idealist. And that was my dream, to be a professor and be in the academic world. 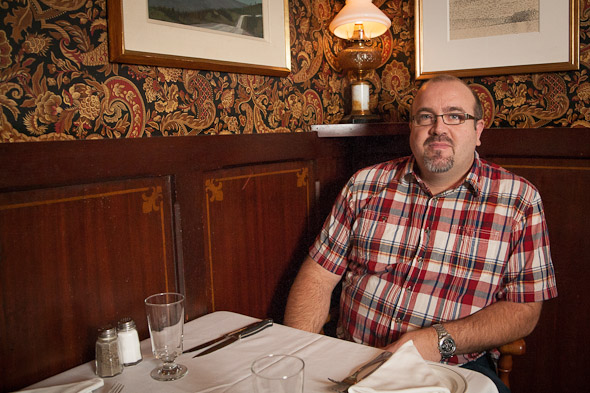 I was at George Brown, and at the very end of the program, we were able to choose our placement. Everybody was doing the King Edward, the Four Seasons, the Royal York, and going that route. But I wanted to go to a small, family restaurant and people were talking about Andrew Milne-Allan at Zucca. He had never taken someone in, and I had to talk my way into the kitchen. It was incredible; he had just gotten his three stars in the New York Times, which for a Toronto restaurant is huge. I was the absolute lowest guy in the kitchen, which was awesome, because everybody who worked for him was already a chef. I still have notes from when I worked there, because he was just so smart.

What were some of the challenges and fears of taking on the kitchen of such a longstanding place?

I thought I was going to come in and make all of these changes. I would make lists and say "Okay, what's really necessary?" And instead of huge, drastic changes, it became more tuning and tweaking, and just making the place better. I was pretty confident, knowing Harry Barberian, and I would say I'm a pretty solid person. So I was ready for it, and now, with years of experience, I enjoy it and it's okay.

What was the biggest lesson you learned from Harry Barberian?

He used to always say this thing: time, motion, management. And even in chef's school they teach you that, but that was his thing; it's being able to multitask so that as you learn the job. You start to analyze how it can be better so that it just flows like a symphony.

As a chef in such a well-established restaurant, how do you put your style in the menu without compromising the classics?

The way I do that is through private parties. So, for example, the Grand Cru; I'm sitting down with the winemaker, and then with the host and we talk about our likes and dislikes. So my style comes through in those kinds of events, or on certain weekdays when we work off-menu, which gives myself and my chef de cuisine the ability to do dishes that we feel are special. We're all great cooks here, we read all of the magazines, we keep on top of things, and we get ideas from everywhere. If it was just a place where all we're doing is slicing roast beef and cooking a potato, then that's stagnant.

How do you properly cook a steak?

Assuming that the steak is a good cut of meat to begin with, all you really need is whatever your favourite seasoning is, and maybe some sea salt. For me, I like a nice rub, not over-seasoned, and making sure that the element is hot. My preference is a hardwood charcoal grill, and that's what we cook with. I'm not a big fan of the propanes, so my second alternative would be a heavy, cast-iron skillet. What you're really looking for in cooking a good steak is caramelization. When you get a little bit of a crust outside of the steak, and then just letting it rest for a bit, that's it.

What are some of your favourite steakhouses and why do you like them?

Locally, I don't have one. I liked Lolita's, in Cleveland. Michael Symon's dishes are very rustic, simple, and incredibly delicious. He is obviously very meat-centric like me.

What changes, if any, would you like to see at the restaurant?

We're so strong right now, but we're always making changes. I always find that the changes are fluid and non-linear; it's a symbiotic relationship where we have our customers telling us what they want and us trying to provide that for them. I think if we just continue to be consistent in the service and the quality of the food, then whatever kind of changes might be thrown our way or whatever we want to venture into will be good.

If you could spend a day doing whatever you wanted, what would it look like?

It would be with my kids, and we would probably be on a beach with a kayak and a camera. And, if we would be so lucky, there would be a forest on the other side of the water, and we would also go on a hike. 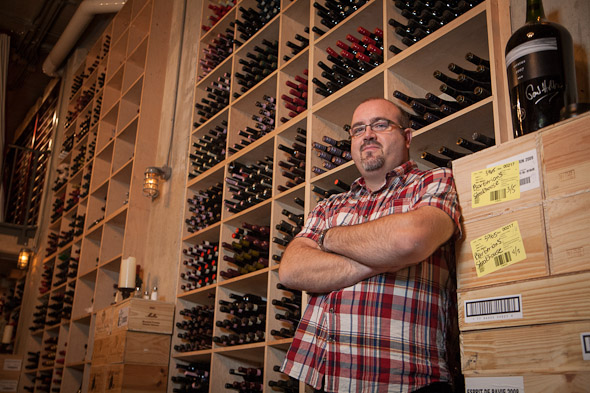 A chef that inspires you? Juan Mari Arzak

One dish you can't live without? Pizza

What would people be surprised to find in your fridge? Green vegetables

For more chef profiles, check out our Toronto Chefs Pinterest board.