Get to Know a Chef: Claudio Aprile, Origin & Colborne Lane

It's all about exploring creative avenues for Chef Claudio Aprile of Origin, who consistently excites diners with his globally-inspired dishes and new cooking techniques. I caught up with him at Origin Liberty to discuss his dining peeves, the Origin expansion, and what's next for Colborne Lane.

Ironically, I told my mother when I was very young that I would be a chef one day, not that I wanted to be one. I was very sure of what I wanted to do. I always enjoyed the subculture of being a chef. The late nights, just everything that revolves around it; it takes a nocturnal type of personality to really fit into the whole culture and that's something that really works well with me.

I really learned what not to do from a lot of different places. It's kind of interesting when you think about it--it's not really what they were showing me to do that I found inspiring. Rather, I learned very early on what I didn't want to do and that was cook like everyone else. So I didn't really fit into the mold working for a chain restaurant or even going to school. 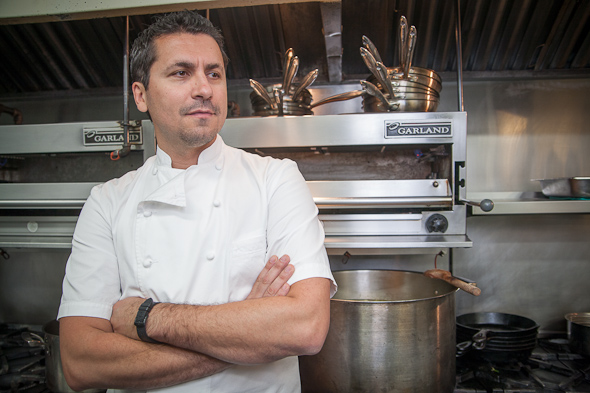 What makes or breaks a dining experience for you?

Crappy service will destroy a dining experience. I used to think it was food first and foremost that would make it. I still think that's important, but I think service is more important. It's the whole package, really.

It was with my family. The company always makes the meal for me. A good meal for me is always built on being with great company, and it's about food that is honest. My best meals are certainly not conceptual meals, where they're deconstructed or the identity of the dish is altered; those aren't my favourite meals or ones that resonate with me.

What's the worst experience you've ever had working in the restaurant industry?

The worst experience would be working in a non-creative environment. Until I became a head chef, I found it very challenging. I haven't had a bad experience in a very long time, though.

What appeals to you most about molecular gastronomy?

Nothing. I hate that terminology; I think it's silly. I think it's the media's benign attempt at labeling something that they don't understand. It's certainly not a label that chefs would use to categorize it. 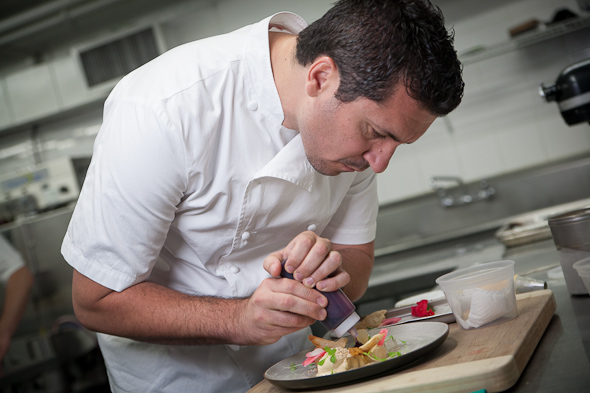 With your expansion of Origin, how are you keeping Colborne Lane relevant? Any future plans for the restaurant?

Colborne Lane is going to be renovated in October, and the plan there is really to continue on our path of being innovative and creative. We're working on the concept still. I definitely don't want it to be trendy, and I want it to have a classic attitude. You see a lot of restaurants that have opened (including Origin) that are more casual and an 'easy fit.' I don't see Colborne Lane as that kind of restaurant. I see it more as a restaurant that is still going to continue to explore new ideas, new ways of cooking.

We've lost our a-la-carte menu, and we're just going to be focusing on tasting menus. It's going to be a place where we test new ideas for new concepts, so there's going to be more collaboration there than I've experienced in the past--just more sharing of ideas, more guest chefs coming in, more of a creative think tank. It's going to be an environment where we create new ideas, which is important for chefs to have.

What's the status of the Bayview Village Origin location?

It's about ten to twelve months away from opening. It's just a hole in the ground right now, but it's coming together. It's really going to be a really exciting space--it's going to be the flagship for Origin and another company I have called Orderfire, which is the parent company of Colborne Lane, Origin and my future concepts. So it's going to be a place where we conduct our training, and plan our design and our menus.

Are you still pursuing the Pearson terminal restaurant concept you released in the spring?

Yes. Nothing to report right now.

Motorcycles. I like speed--not the bad speed, the good speed. 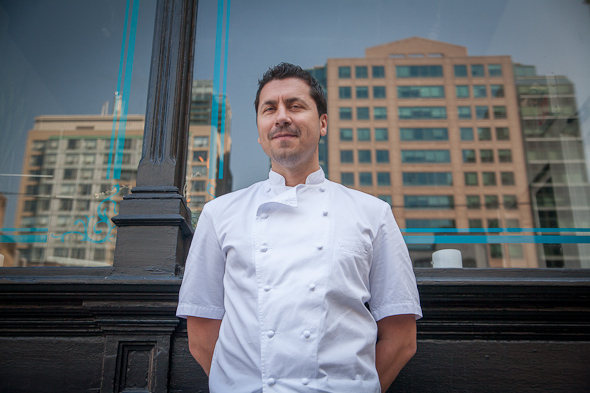 Chef that inspires you? Ferran Adria

What's one dish you can't live without? Egg-white omelette

Favourite Toronto restaurant? I don't have a favourite, but I've gone to La Carnita quite a few times

What would people be surprised to find in your fridge? Sushi from Loblaws

What's one food trend that needs to end? Molecular gastronomy