Chef David Adjey's latest venture is a stab at the fast-food scene through The Chickery. It's all about bringing real, good food to the masses, he says, unfazed by the city's longstanding chains. The Food Network personality and self-professed lover of food, fast cars and rock and roll is also an advocate for homegrown Canadian culinary talent, which he calls some of the best in the world. I sat down at The Chickery to discuss gaining a passion for the industry, his future projects, and what he strives for with every meal.

As a florist you would just arrange flowers, and I do that with food. As soon as you put that bouquet of flowers up on the table, it's on its way out, and it's the same with food: you put it down on a plate and once someone takes that first bite, that work of art is gone.

Where did you learn to cook? What's the most valuable lesson you ever learned from another chef?

I went to the Culinary Institute of America. My roommate was Michael Symon who I battled on Iron Chef America, so it makes really smart cooks.

I had a chance to interview Wolfgang Puck in Las Vegas, and it's funny because I was supposed to go work for him in San Francisco, but when I finished CIA, I ended up going to Florence. And here's Wolfgang Puck with his massive empire and he says to me, "I strive for one thing every day I cook, and it's to imprint a meal in someone's life." And we've all had those meals where we go back to it and you know what the perfume was on your date or the cologne, the tactile feel of the linens, and you can really paint the whole scene.

I realized that I've cooked many years being very selfish, with the sense that I've cooked for myself. I've made menus and taken chances only to challenge myself, and it was just neat that customers came in and ate my food. That was a huge turning point for me.

With Nando's, Swiss Chalet and a massive number of churrasqueiras in Toronto, what's the motivation to offer Torontonians a new option for roast chicken?

It's funny now that as I'm running a churrasqueira, called 'fast food,' I think I have a greater opportunity to imprint on people here than I do at somewhere where I'm charging $50 an entree. Fast food has notoriously been so bad; it's over processed, there's stuff in our food that we can't even pronounce, and I thought, "Okay, I'll do fast food and do it with real ingredients." I don't think people deserve to eat inferior quality food at the expense of a big company being more profitable. 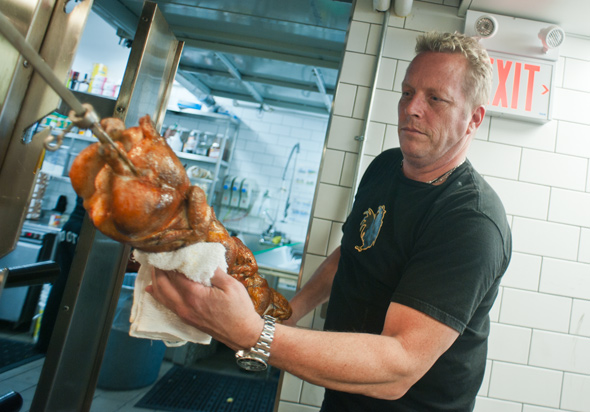 Start with a phenomenal product. Try not to mess with it too much, but we actually brine our chickens. If you look at a kosher chicken, it has to go through this religious way of being slaughtered, but also there's the salting of the chicken. And when you think about saltwater and washing poultry, the salting helps remove some of the blood in the internal cavity. Also, a great rub really makes the chicken, and we literally rub it and put it in the rotisserie - that's it.

I'd pick a category first and I would say breakfast. I like a poached egg--I do a great lobster hash, crab cake and hollandaise. I think breakfast is the most satisfying thing to cook for myself.

When not at the Chickery, what else are you working on these days? Do you have any other restaurant ventures or Food Network appearances planned?

I'm going back on television. It'll be a travel-adventure-food escape show that's coming up; we're going around different countries and doing crazy things. I'm sort of in this gluttonous phase of my life, so I'd like to travel more. We also have the app coming, and it's based around categories of amazing things that I've eaten and there'll be short little vignettes recreating these dishes that I've cooked. But everything else is kind of boring after that. No more cookbooks - I've done two books already and I think print is dead, so I like the idea of being able to have my next book as an app that adds all my adventures.

I've had a couple of other opportunities to go and expand some more of my churrasqueira concepts, but I'd really like to put those aside and see if I can grow the Chickery. We have plans for four more Chickeries coming, but I think they're going to be all splattered around the downtown core. People are always going to eat chicken, so they might as well eat my chicken.

Do you miss shooting Restaurant Makeover?

You know, Restaurant Makeover was a great show. It's very entertaining, and you can watch it, and laugh and cry with these people. But, I don't miss Restaurant Makeover. I like to be able to tell a little bit more of the story and I think that my last show (The Opener) was a continuation of that - catching someone before they mangle the restaurant and be able to go, "Okay, let's get you on the right track." 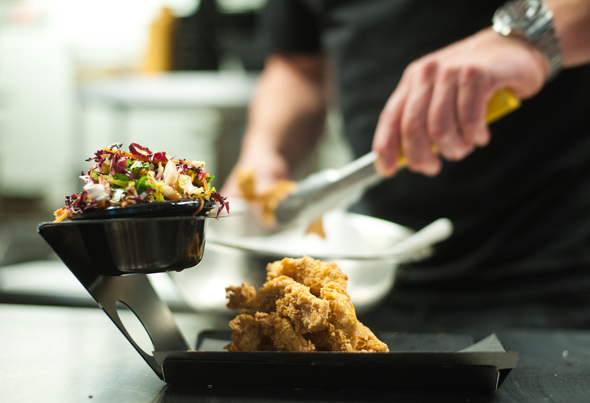 A lot of the restaurants you (and the show in general) made-over are no longer in business. What's your assessment of how well the show was able to re-invent a restaurant? Why do you think so many of the madeover restaurants ultimately fail?

You don't know what's in people's minds. But if I can step back and be an armchair critic, I would say that the restaurants that came onto Restaurant Makeover were great stories. Either these people were trainwrecks and didn't know what was going on, or there were some heartstrings being pulled. I think sometimes people realized that if they put their $15,000 in and got their restaurant spruced up, they could sell it for more money than before, so I think a lot of them were just going to sell their restaurants anyway.

It was great for every viewer because we got to see a great restaurant. And you know, their time was done anyways because they lost the passion for the food. You can just tell that was always the number one thing: people kind of just lost the passion to do it.

I started taking up photography, guitar lessons, learning Spanish...I just have a lot of time on my hands. I'm always trying to figure out if there's something other than partying and chasing girls, but they're still probably my favourite things to do. Someone's got to be the bad boy, right? 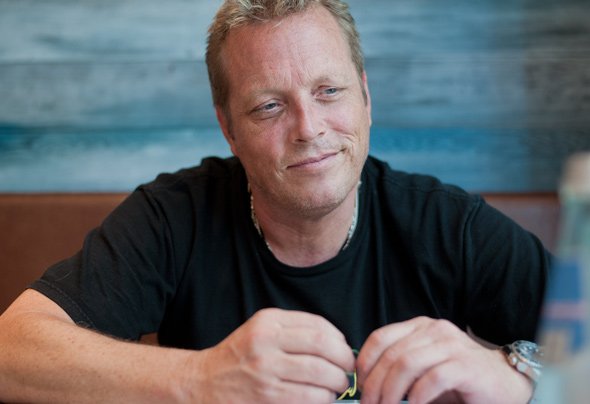 David Chang or Daniel Boulud? Neither

A chef that inspires you? David Burke

What would people be surprised to find in your fridge? Cookie dough balls