Get to know a Chef: Corinna Mozo, Delux

While she spent nearly twenty years pursuing dance, chef Corinna Mozo ultimately pursued one of her first passions: food. Now she showcases her talents at Delux, a restaurant paying homage to both her Cuban heritage and the French techniques she acquired at the prestigious Stratford Chefs School. Mozo, who's only been in the city for five years, talks about the move here, watching the restaurant scene grow, and introducing diners to one of Toronto's more underrepresented cuisines.

Not always. I did have some experiences when I was a kid, like in third grade where we had a 'show and tell' kind of thing, and I made spaghetti sauce the way my Dad made it because I thought it was so cool. And so I definitely had a love of food, but we're talking years and years ago, so being a chef wasn't really a profession back then. Even when I got into it, it certainly wasn't a profession for women.

But my love of food started early and I would say my third year of university I realized all that I was doing was reading cookbooks. So then I looked into schools and thought this could be a profession for me - I really truly loved it.

I learned to cook mostly at home, but not from my Mom. My Mom was more like opening cans, that kind of '50s cook. But my Dad is from Cuba, so he introduced food to my Mom, really. There was always garlic frying, new things being tried out, and on the weekends my siblings would always go to markets and pick up sliced meat and cheeses. My family always had people over so we always had dinners, snacks, and something fun. It was always food and fun at our house. 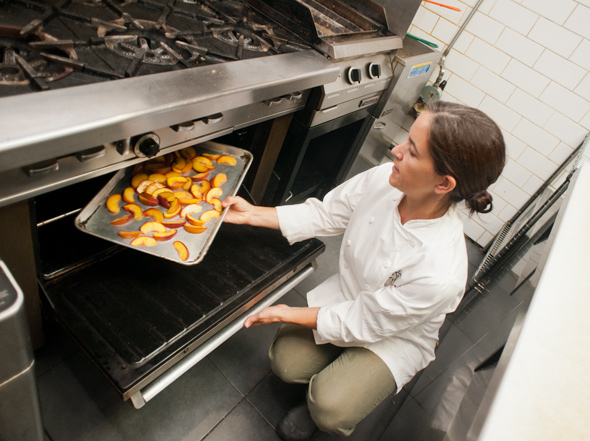 You've spent a lot of your career south of the border, including previously opening a restaurant in Boston. What brought you to Toronto?

I'm from Montreal, then went to Western, and then stayed in Ontario to go to Stratford. And my reason for moving to Boston was to work for this female chef that I really wanted to work for. Things were moving along and then I realized that my husband and I are both Canadian - our children hadn't really experienced Canada and it was sort of strange. You get to a point in your life where you can make a change and make it more interesting, and I wanted to try something else.

We decided to move to a city and decided to go somewhere we'd never been, so we moved to Toronto. I like it a lot. The restaurant scene has changed in the five years we've been here, and it's really fun to watch that grow. I love the customers - there's just so much love of food here, and people going out. For a restaurant owner, it's awesome.

Why mix French and Cuban cuisine, rather than focusing on one or the other?

I have a love of both of those cuisines, but I don't like fusion. They don't necessarily marry well. Sometimes the styles can mix, and it's great, but to develop a whole menu I thought would seem like I tried too hard. But my dad's Cuban and I have that whole background in Montreal, and my schooling was classical French. So we started the place out just French. And then I thought, I could open a Cuban restaurant because I had to make that kind of food, otherwise why don't we just mix it? Just do Cuban during the day and French at night.

It seems sort of crazy; I didn't know if people would understand. But it's funny, it's almost like running two restaurants in one. We definitely have clientele that comes to both, but we do have our lunch customers and our dinner customers. And it's fun for me, as we make the most of the space. It's open all the time and none of us get bored.

What's your favourite dish to make and why?

I really take pride in my duck confit. You really have to have a perfect balance of saltiness to it and crispiness in the skins. It just utilizes a ton of techniques that I like. But I would just say inventing new things and creating them, and seeing how customers react. I just love food, and playing with food is fun. 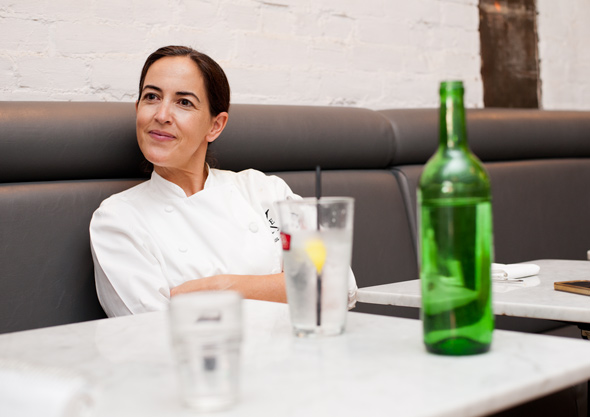 Being our first female chef in the series, what key challenges do you see women facing in order to reach the level of head chef?

When I moved to Boston I wanted to work for that woman chef because I wanted to know the answer to that right away. So I went to work with her, and she just ran her kitchen like any chef would. It doesn't have to be male or female dominated, you just run it like a chef. But I think a big challenge that we face is having a family. I find that really hard to balance. I think women feel more guilty for leaving their kids at home. Other than that, if you're a strong woman, there's no problem.

You run a kitchen how you want to run it and that's it. There are a lot of men who don't want to work for women, but they don't have to - there are plenty of men to go work for. I would call my style "firm and friendly." I like to nurture people, and I think women have that instinctively. I have a love of teaching, and I don't know if that's because I'm a woman.

Generalizing a bit, why are so many bakers women and so many chefs men?

It's funny, when I got to Toronto and having interviewed women for kitchen positions here, right away they said "I don't want a pastry or salad position." And I think that's generally where women think they get stuck. I have no idea why. Coming from Boston, they have great women chefs. I would say an equal amount of women and men, so I sort of did my training that way not thinking that it was a tough position. I could apply for something and feel confident that I would get it because of my training. So I don't know, Toronto's got to be more like that.

What do you see in your and Delux's future? Will the changes on Ossington have any impact on your plans with the restaurant?

That's a tough one. My management team and I are always trying to make the place as busy and popular as ever. We change things when we need to. And so far in the past five years we've just been getting busier and busier. So I think having started the Cuban brunch and Cuban lunch has just added a whole new dimension to the restaurant. Right now, no huge plans. Just want to keep improving, and see what the restaurant scene is doing in the next year or so. So many restaurants have opened, so we want to see where everything's going. 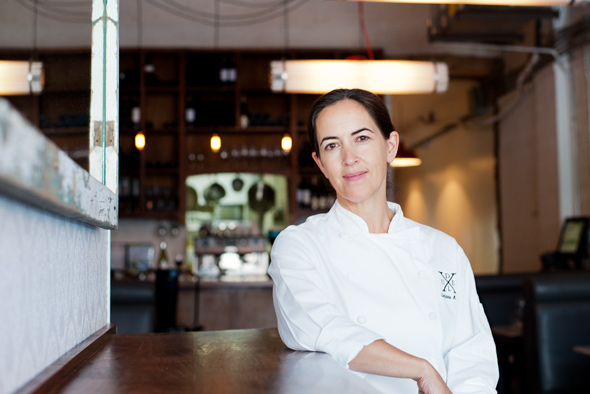 A chef that inspires you? Lydia Shire

One dish you can't live without? Roast chicken

What would people be surprised to find in your fridge? A half-drunk bottle of champagne

What's one food trend that needs to end? I guess I can't say charcuterie after I just mentioned the Black Hoof, right?