Get to know a Baker: Kyle Marsh, Clafouti

A true Toronto homebody, Kyle Marsh has been working as a baker in the city since his teenage years. His success at Clafouti is evidenced by their goods disappearing completely--that is, selling out--on most days long before the shop closes. He sat with me to speak about his history in baking, and shared some secrets from the kitchen.

Did you always want to be a baker?

I grew up going to small little bakeries, and one of my first jobs was at a bakery. My mom was always cooking at home, so I was always in the kitchen.

What was the first thing you learned how to bake?

Focaccia. I was working at Via Oliveto here in Toronto, long since gone, and after a couple years of sweeping and mopping, they put me onto bread. That's how it all began. I think it was just because I was the strong guy--I could carry the big mass of dough. We'd bake 30 to a hundred loaves, depending on the day. The weekends were heavy. 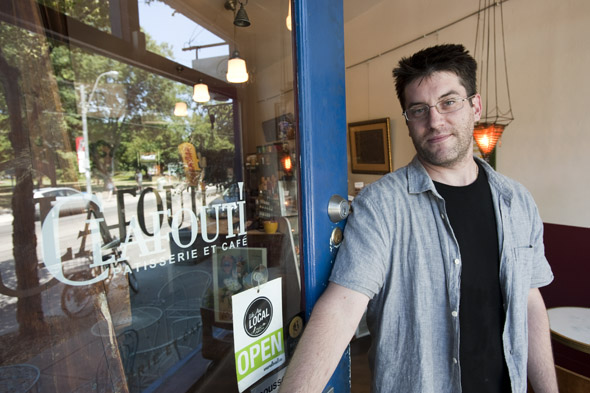 Did you study in Toronto?

Only on the job, only on site. I never went to school. I've never been international, but I'd love to travel more. I'm going to Newfoundland on Monday so I'll be looking into their bakeries quite a bit. A friend of my girlfriend has a little coffee shop out there, on the ocean.

Where did you work before Clafouti?

Before Clafouti was Brick Street in the Distillery District. And before that was a small little upstart, Dayberries. They were originally from Indonesia, so that was interesting, as I got some international appreciation. They did the same product--it's all just flour and egg and water really, but it was interesting seeing their take.

Has Clafouti changed or evolved since opening?

The owner opened with his brother, so they worked out all the kinks, and I sort of just took over when his brother parted ways. We've change a few of the products, some of the wholesale we do things for them, and not for us. But really it's a constant.

With the croissants, we try new flavours for about a week or so and see how they go. One of the popular ones now is the peanut butter and banana. Hands down, kids' favourite. But really, Olivier has found something that works and is working, so we're just sticking to the game plan.

Have you noticed any changes or trends in what the customers are looking for?

More, I would say. They're pretty happy with the product, I'm sure, but there's never enough. It sells out. There's just the three of us--two other ladies and myself--and when it's gone, it's gone. It's a tiny spot, and the storage does become an issue, but it's also that we make them fresh every day, so there's only so many we can make when we're open 12-14 hours--the other 6 we're closed. We don't have overnight baking so it all starts around 4 o'clock. 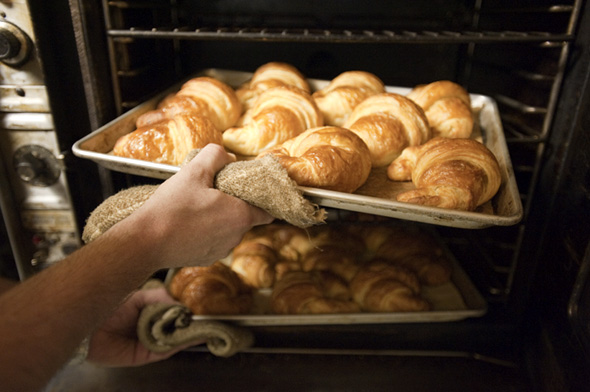 What's the secret to a flaky, delicious croissant?

Butter. Butter and the proofer--the proofer is the steamer. And really just catching it at its proper rising time. In French they say "Ne touchez pas." If you touch the dough too much, you'll melt the butter.

What is one lesson in baking you'll always remember?

Continuity and timing is really important. It comes down to keeping everything in order and being organized. It's very regimented.

Where could we find you on your day off?

On my day off it's usually here (at Trinity Bellwoods Park), or on a beach. I really like Woodbine Beach and I also circulate around the Distillery quite a bit. I spent so much time at Brick Street there, and I met a lot of friends in the area. Because I start so early, I really don't go out too late. Nine o'clock is really the top of the night for me. 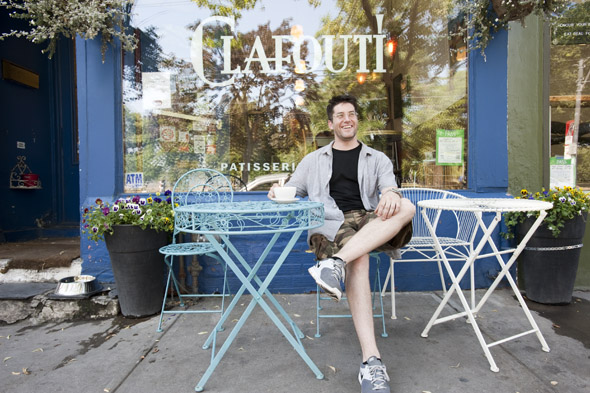 Favourite ingredient to use? Sage.

Cookbook of the moment? Joy of Cooking by Irma S. Rombauer

For more baker profiles, visit our Get to Know a Baker pinterest board.