Get to know a barista: Ian Jones of I Deal Coffee

On a warm weekday morning, almost no one is sitting inside at the Kensington location of I Deal Coffee except the workmen on a break, in a group by the counter in their heavy boots and high-visibility vests. Everyone else is outside on the patio enjoying the humid breath of the early summer, including Ian Jones, who excuses himself from his friends to come inside.

I'm late, but he doesn't care. "We're on cafe time here," he says with a laugh. You probably won't find a more typically Kensington Market hangout than I Deal on Nassau Street, and Jones is happy to embody the market in all its almost bonelessly casual grace.

Ten of the last twelve years. 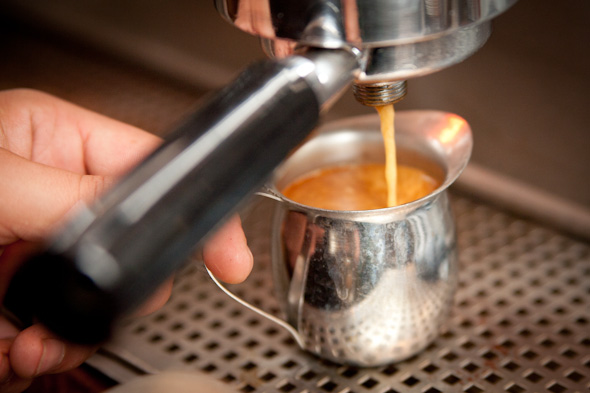 Loving it, and listening to the customer, because the perfect shot is different, especially here. We like to make sure everyone gets the cup they want, not the cup we want them to want. We're constantly trying to bridge that cup by showing people, but loving it--loving the people and respecting them and the place is the absolute key. 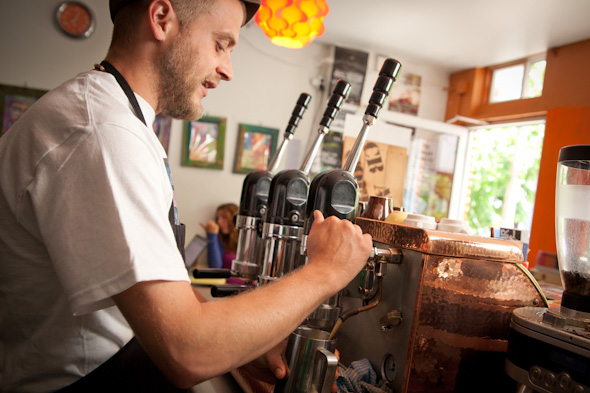 Of course I do! I work in a cafe. I write, I make music, I do all kinds of things.

I have a secret fascination with Conrad Black. 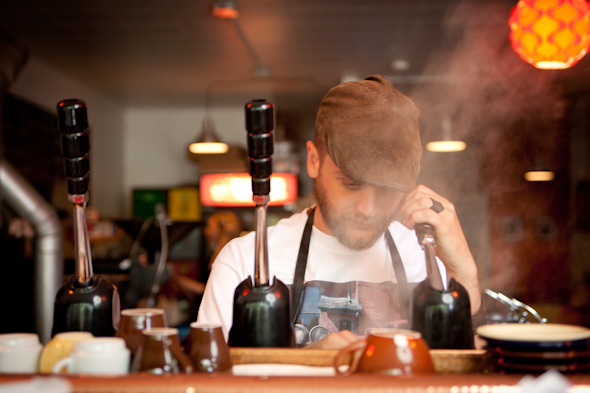 What's the simplest way to order a complicated coffee?

By breaking it down to exactly how you want it to taste. Instead of "I'd like this short or long," tell me you want it strong, not foamy. Give me a scale--one to ten if you need to. On a scale of foamy I want a six, on a scale of strength I want a four. 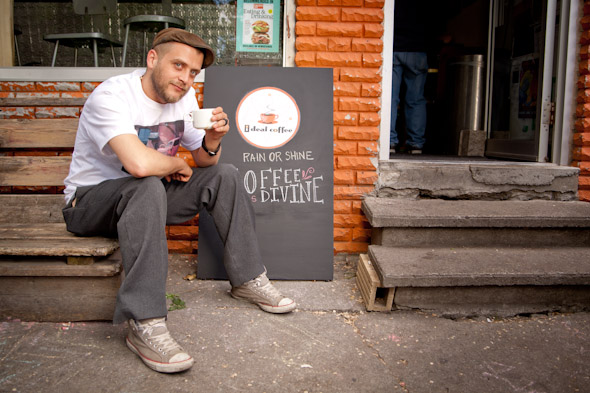 Dogs or cats? Dogs. My cat will kill me.

For more barista profiles, check out our Toronto Baristas Pinterest Board.