Get to know a Baker: Nadege Nourian, Nadege Patisserie

Customers won't let the current construction on Queen and Gore Vale Avenue stop them from visiting Nadege for a macaron or two. I felt privileged to sit down and speak with Nadege Nourian, the pastry chef and patisserie owner. After our brief conversation I somehow felt more experienced at baking. Her life story is evidence that she is truly passionate about pastries.

What inspired you to pursue baking as a career?

It really was my grandmother. My grandfather was a pastry chef and my grandmother always was in the kitchen with him instead of being at the front. She was always making chocolate, and all of the customers liked it. She didn't go to school to be professionally trained, but was taught by my grandfather. 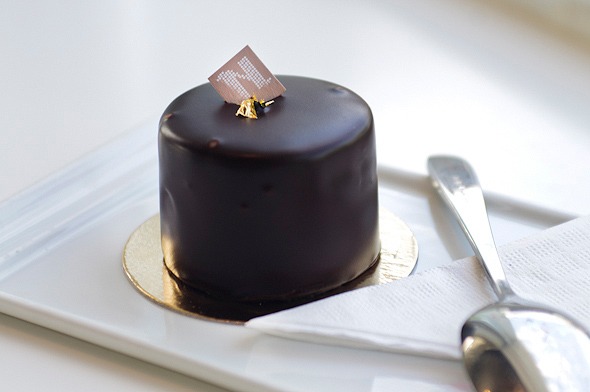 What was the first recipe that you were taught to make?

Chocolate truffles, and traditional bÃ»che de NoÃ«l, which is a Christmas log. It was special because I remember the first time that I made a Christmas dessert--when I took over for my grandmother--and it was a big deal. They only knew what my grandmother made for many years, and I had to continue the tradition. When I first learned to make it from scratch there was a lot of pressure. I made a frozen dessert--it was like a parfait and it turned out really good. I wanted it to be so perfect that I took three days to make the decorations. 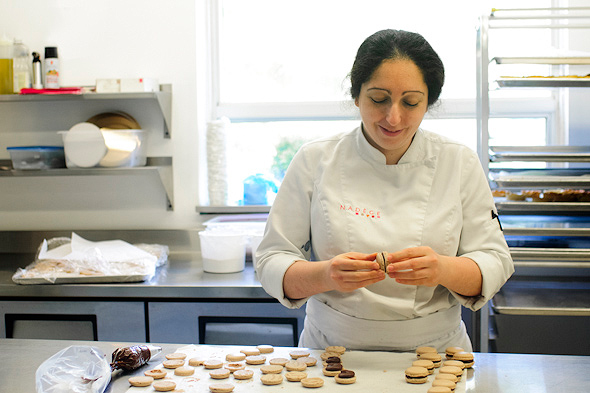 Where else have you worked as a baker?

I worked in a lot of different places, some longer than others. I worked in Lyon (where I'm from), in Megeve, in Provence, Brittany and Normandy. I worked in many different towns throughout France because there are different origins in baking in different places. You can find a cake in one town that you'll never taste anywhere else. I went to Sweden, and then I went to London, England.

I worked in London for eight years at the 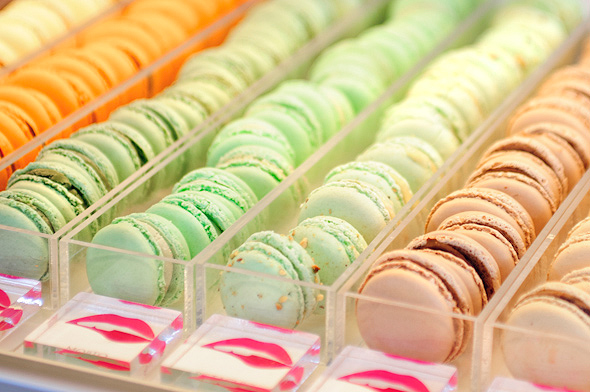 Ivy Restaurant--ranked eighth best in the world. In France, there is a big difference between a baker and a pastry chef. There is a boulanger and a patissier. Pastry chefs work with more recipes than a baker--the baker just bakes bread, while the work of the pastry chef is more refined. We work with thousands of recipes in the kitchen!

Is there a difference between your two Nadege locations?

We opened on Queen Street first in 2009, and then opened on 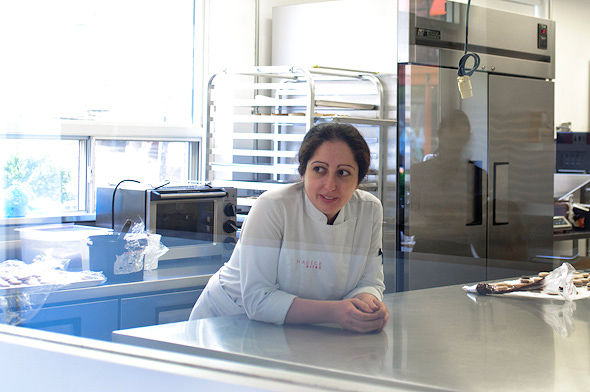 Yonge Street in 2011. They're completely different. Over there it's a boutique, so it's purely what you see in Paris. Like the typical french boutique or high-end patisserie--there's not many like that in the world. We sell chocolates there as well. Here on Queen, we have a patisserie slash cafe--more like what North Americans would expect.

How do you get inspiration for new recipes?

My inspiration comes from everywhere. Most of the time I'm in the kitchen, and suddenly I get an idea. I like colours, fashion, and design trends. I just come up with something. "What would be really nice with that ingredient?" I just start to think--and it comes to me! And then sometimes there's a traditional recipe that we do a twist on. When you make a certain recipe from scratch you have to know where that recipe comes from, because pastry is like chemistry. All the ingredients play a part. Certain ingredients bring moisture or fluffiness. It's a whole science...chocolate is like that as well. 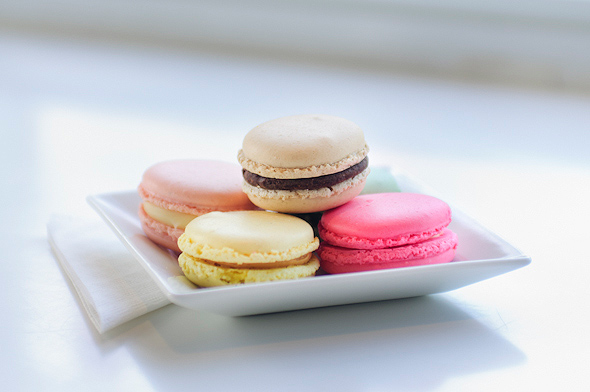 What are some tips to making a perfect macaron?

Make sure you follow every step. Make sure it is the right consistency. If you don't mix it properly and the mix is too thick then it isn't smooth on top. And if you mix it too hard, it becomes flat. You should mix it until it's shiny, and a little bit soft (but not too much), so when you pipe, the macaron will slowly settle on top.

Is there one lesson you've learned over the years that you will always remember?

I would say rules of flavour, decorations and things like that--don't overdo it. Don't do too much. You see young chefs putting too many things on a plate. Baking is the same. I think that if there are too many flavours then the palette gets confused. So you have to watch it--sometimes it's too simple, sometimes it's too complicated. Same with decoration. It's very important that the decoration is an accent to the taste. 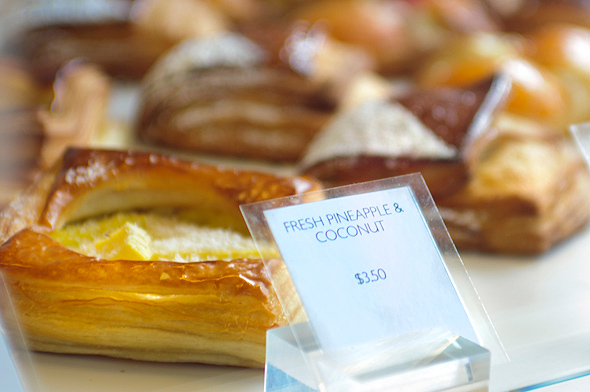 Do you have any plans for the future of the patisserie?

Lots. I can't really talk about them now, but I love food, I love pastry, and I love a challenge.

What do you enjoy doing when you're not baking?

Well I'm here 18-20 hours a day, almost seven days a week. If I don't bake, then I eat. Seriously, I would say that my life is surrounded by food, and wine. If I'm not here, then I'll be at home cooking. I don't especially bake at home knowing that I bake here all day, and I like to bake in a professional environment, because I'm used to it. I'll dine out, and socialize. 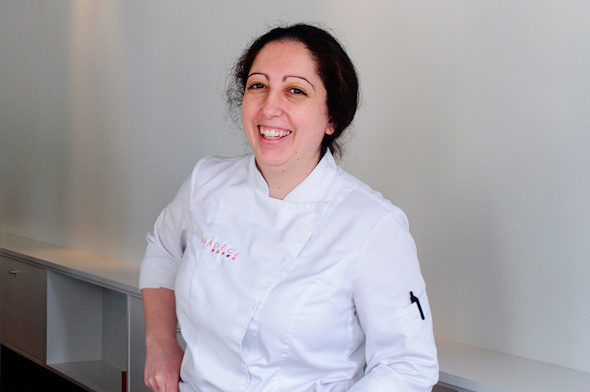 Sometimes I'm a little tired, and we go to Oyster Boy--I know them there they're really nice. I like Noce across the street, and Nota Bene. While it is about the food, it's also about the people because we are a community. You start to know them, and form a connection.

One baked good you can't live without? Croissant.

Next hot trend in baking? Modern design and local ingredients.

Cookbook of the Moment? Modernist Cuisine by Nathan Myhrvold